As we mentioned in our V60 review, LG’s UX 9.0 could use some refreshing. We were hoping the company would overhaul its software alongside its hardware design, but that didn’t happen. The Velvet runs Android 10, but it looks and feels like skinned Android from a few generations back, with loud colors and weird icons. Still, it’s speedy enough and perfectly serviceable if you install a third party launcher and keyboard.

Then again, we much prefer a stock Android experience, so your mileage will vary. On the plus side, LG does include some helpful customizations, like double-tap to wake and auto-scrolling screenshots. There’s also a game mode called Game Launcher, which is pretty much what you’d expect -- it optimizes background tasks to prioritize game performance. Another bonus is that the Velvet supports Wacom AES pens, just like the V60. But strangely, there’s no face unlock. 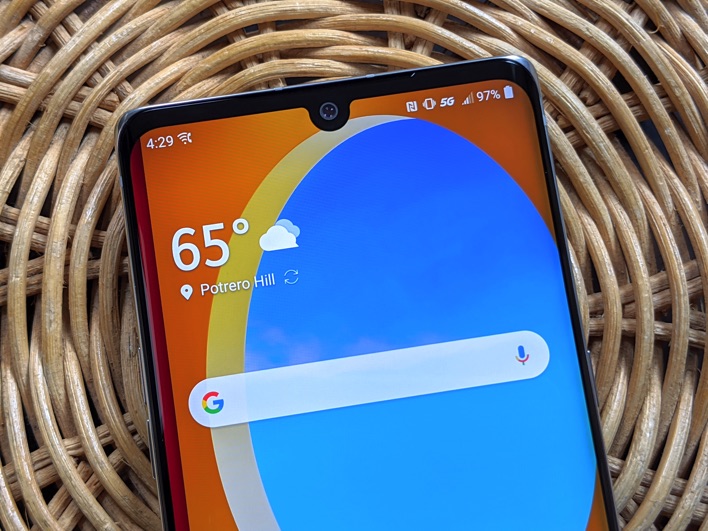 We also need to mention the significant amount of bloatware preinstalled on this phone. In addition to Google and LG’s apps, both review units came with Booking.com and a few games preinstalled. That’s fine in and of itself, but the US model is far worse. Like with the V60, LG allowed AT&T to pollute the Velvet with close to two dozen preloaded apps, including the carrier’s own, Amazon, HBO Max, HomeAdvisor, Pandora, Pinterest, and Walmart apps -- to name a few.

US customers can buy the Velvet (6GB, 128GB) from AT&T in Aurora Gray or Aurora Silver for $600. Verizon’s model comes in Aurora Gray, Aurora Red or Pink White and costs $700, thanks to the "mmWave tax". As for T-Mobile, we’re still waiting for pricing and availability details. Finally, the Velvet is destined for parts of Europe (Germany, Italy, Spain, Hungary, Poland), Asia, the Middle East, Africa, and Latin America.

The Velvet’s main competitors in the US are the Samsung Galaxy A71 5G ($600) and the Moto Edge ($700). Both are available unlocked and pack similar specs -- including the Snapdragon 765G. Unfortunately for the Edge, the Snapdragon 865-equipped OnePlus 8 (unlocked) and LG V60 (T-Mobile version) are priced the same ($700) and are basically flagships. So if you can stretch your budget by $100, you might as well buy those.

Clearly, the Velvet is a sleek and stylish device. It updates LG’s design with a clean look and feel that compares favorably with the competition. Unfortunately, while it’s a thoroughly modern handset, it doesn’t really stand out in any way. Sure, it’s a competent and premium phone, but it's difficult to point to any compelling feature that could entice consumers to throw down their hard earned cash. Plus, the fact that it costs $600 and isn’t available unlocked in the US doesn’t help. 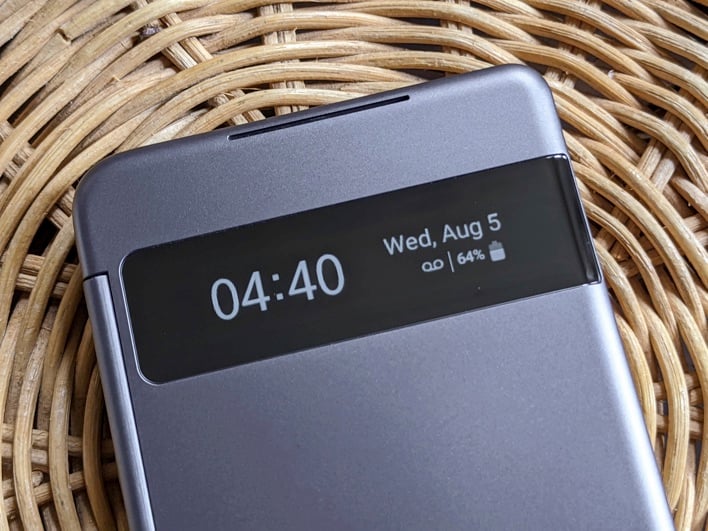 Find The LG Velvet @ Amazon.com
We really like the Velvet’s design and we appreciate that it does everything adequately. The headphone jack is a nice bonus, even without that lovely 32-bit HiFi Quad DAC. Wireless charging and water resistance are always welcome features too. Still, without a high-refresh display or OIS for the main camera, the Velvet cuts a few too many important corners in this segment, and the user experience is compromised by excessive bloatware and by software that could use an update. It also seems like an antiquated business model to only offer carrier exclusives with no unlocked option at this point.

LG has the chops and resources to make handsets that stand-out. Unfortunately, the LG Velvet isn't that device. We know it, and you know it. It’s time for the company to revamp its software, ease up on the carrier exclusives, and go head-on with the competition.