LG has put out a steady drip of information concerning its upcoming Velvet smartphone over the past few weeks, and it's continuing the information dump today. Given its specs, the Velvet doesn't appear to a true flagship device, but it does take LG phones in a different design direction.

As we already know, the Velvet is powered by a Qualcomm Snapdragon 765 SoC, which features an integrated 5G modem. That puts it squarely in the mid-range segment, as the Snapdragon 865 occupies the loftier "premium" tier. Today, we're learning that the Snapdragon 765 is coupled with 8GB of RAM and 128GB of storage. LG is also including a microSD slot (up to 2TB supported) if 128GB isn't enough for your app/media needs. 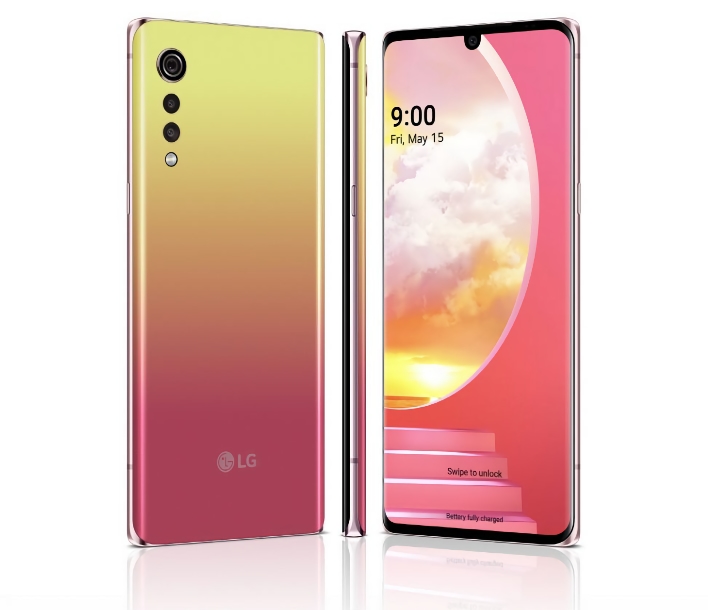 One of the more curious aspects of the Velvet's design is the display. It's a 6.8-inch 20.5:9 aspect ratio Cinema Full Vision OLED display, but it has both a notch (for the 16MP selfie camera) and a larger than average bezel at the top. Don't get us, wrong, this by no means a fat bezel like you'll find on the new iPhone SE, but the centrally-mounted notch does magnify the appearance of the bezel. Most new Android phones, however, have abandoned the notch in favor of a circular cutout in the display.

On the back you'll find the "Waterdrop" triple camera system which consists of 48MP primary, 8MP ultra-wide, 5MP depth sensors. There are stereo speakers backed by AI software that can analyze the content being played (i.e. a game or video) and automatically optimize audio quality. There are also noise canceling algorithms in place to reduce background noise when recording video.

Other features include a 4,300 mAh battery with USB-C fast charging support, and a 3.5mm headphone jacket. LG will also provide a dual screen accessory that can be attached (like its flagship devices) and a stylus.

According to the South Korean electronics giant, the LG Velvet will make its official debut on May 15th and will be available in White, Sunset, Green, and Grey.