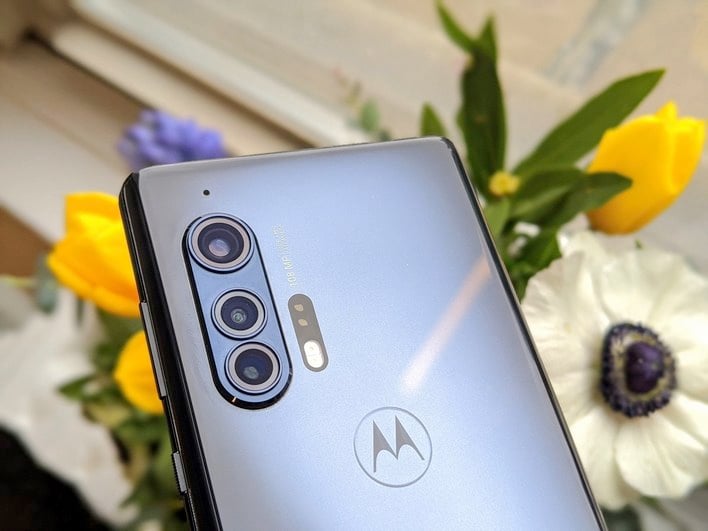 Here’s a question for you: what’s Motorola’s most recent flagship phone? Take your time, we’ll wait... Perhaps the lovely Moto X from 2013 comes to mind, or the Moto X 2nd gen, or even the Moto X Pure/Style? Or maybe you’ll recall the Moto Z and Moto Mods? We’re here to tell you that, technically, Moto’s most recent flagship was the Z2 Force back in 2017. Yes, there was a Moto Z3, but it came with a Snapdragon 835 back when the 845 was still king. And while Moto eventually made an X4 and Z4, these were mid-range phones.
So, needless to say, Moto’s recent Edge and Edge+ launch was a big deal. Our focus today is the Moto Edge+, a $1000 flagship exclusive to Verizon in the US, but also available from select carriers in Canada. It promises to make no compromises, hold nothing back, take no prisoners -- you get the idea. The specs certainly back this up. We have an Edge+ review unit, so let’s find out how it fares. Moto suggested we focus on six areas -- camera, 5G, display, audio, battery, and software -- so we’ll give each of these a separate score. Fun!
Is Moto back in the game? Is the Edge+ a worthy flagship? Should you buy it? Should you get something else on Verizon? Read our review to find out.

We’re not gonna lie. It’s hard to make a premium flagship (or even an affordable flagship) that stands out these days. They’re all similar metal and glass sandwiches with massive bezel-less screens up front and multiple shooters arranged in large pods on the backside. Most have waterfall displays with curved edges and lack headphone jacks. Some have interesting colors or materials -- like the Oppo Find X2 Pro’s vegan leather. Others have unusual camera pods, like the Pixel 4’s square, or the OnePlus 7T’s circle. But that’s usually about it for variety.
Yet somehow, the Moto Edge+ is different. First, it’s narrow and tall and rectangular, like Sony’s recent phones. In fact, it’s so angular, that it easily stands on its concave top and bottom edges. Second it boasts an extreme “waterfall” screen that curves 90-degrees and covers half the sides -- hence the Edge+ name. We’re not fond of displays like these but Moto combines it with some interesting features. Third, its shooters are eye catching, like an inline version of the iPhone 11 Pro’s circles in a square layout. Overall, it’s a unique and attractive design. 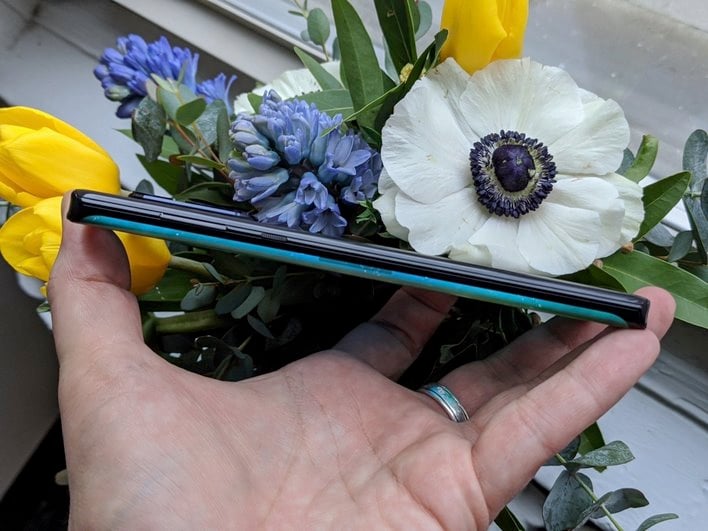 That 6.7-inch 90Hz 1080p AMOLED screen includes a punch hole in the top-left corner for the 25MP selfie camera. In back, you’ll find a giant 108MP main shooter, a 16MP ultrawide AF lens, and a 8MP 3x telephoto, flanked by a ToF sensor and a dual-LED flash. A Moto logo and a pair of mics are located under the rear glass. Speaking of which, our review unit came in Thunder Grey, but there’s also a fabulous Smokey Sangria color, if you dare! Behind all that glass is a generous 5000mAh battery along with a bi-directional wireless charging coil.
Looking around the edges, you’ll find a SIM tray (without memory card), USB Type-C port, and primary mic on the bottom, a power/lock key and volume rocker on the right, and a genuine headphone jack (!) on top. There’s nothing at all on the left side. At 161.1 x 71.4 x 9.6mm, the Edge+ is still a large handset, but it feels really good in hand because it’s narrower than its competitors. In fact, despite being slightly thicker, it’s about the same footprint as the OnePlus 8, all while offering the same display real estate as the OnePlus 8 Pro.
Sadly, the Edge+ lacks an official IP rating for water and particle resistance. Moto says it’s water repellent, thanks to a nano coating, so at least there’s that. Here's a quick hands-on tour of the new Moto Edge+ to get you started on the hardware...

The Edge+’s centerpiece is its futuristic screen. It’s a very nice 6.7-inch, FHD+ (2340 x 1080 pixels, 385ppi, HDR 10+), 90Hz AMOLED panel with edges that curve 90-degrees and cover half of the phone’s sides. This extreme “waterfall” design is interrupted by a punch hole in the top left corner for the selfie camera. While we’d still prefer a completely flat display to avoid the usual curved edge cons (optical distortion and phantom touches), the Edge+ brings a few unexpected pros to the table -- some physical and others virtual.
Natively, this is a 19.5:9 aspect ratio screen, but the extreme curved edges make it look more like a 20:9 panel, resulting in a narrower handset that’s much easier to hold. In addition, Moto’s implemented some neat software features that are quite helpful. For example, you can double tap an small area on the left or right side of the display (it’s configurable) to change the aspect ratio to 21:9, and back -- basically blacking out most the curved edges on both sides. This per-app setting makes a big difference in usability (more on this later). 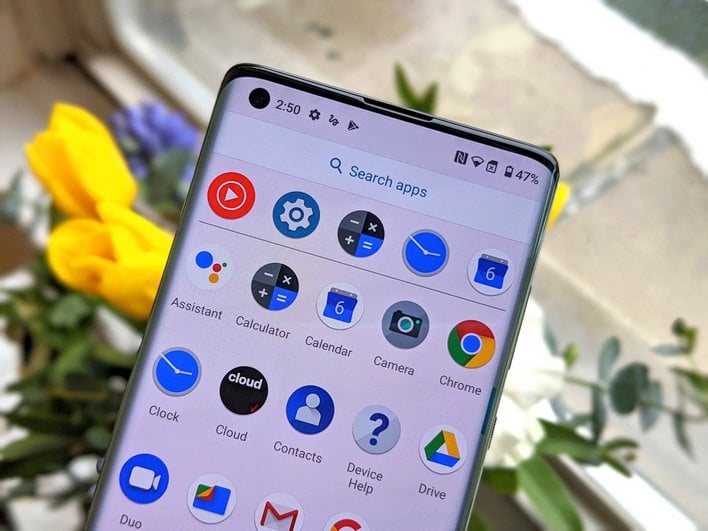 Moto’s also done a better job than most at canceling phantom touches. As for screen quality, it’s typical AMOLED, with punchy but accurate colors, and deep satisfying blacks. It’s also bright enough in direct sunlight, and the viewing angles are good. My only nitpicks are that this display isn’t QHD+ (1440p) or even 120Hz despite the $1000 price tag, and that the auto-brightness is a bit overzealous -- often dimming the panel too much in low light.
Overall, Moto’s delivered a lovely display here -- assuming you can live with the crazy “waterfall” design - 4/5.
Now let's discuss the cameras in detail...