Motorola has officially announced its new Edge+ smartphone, and it has nearly everything you’d expect from a 2020 flagship. After a few years of ignoring the flagship market with devices like the Moto Z3 and Moto Z4, the Edge+ is a true return to high-end form for Motorola.

For starters, the obvious talking point of the Edge+ is its new Waterfall Display, which measures 6.67 inches across and includes a hole punch cutout for the 25MP selfie camera. The display features dramatic wraparound curves on its left and right edges. Samsung popularized this type of display curvature with its Galaxy “Edge” smartphones, but has toned down the effect with its most recent Galaxy S20 family. This is a Full HD+ display with a 90Hz refresh rate. While faster than the run-of-the-mill 60Hz displays found on most smartphones, 90Hz falls short of devices like the Galaxy S20 and OnePlus 8 Pro. 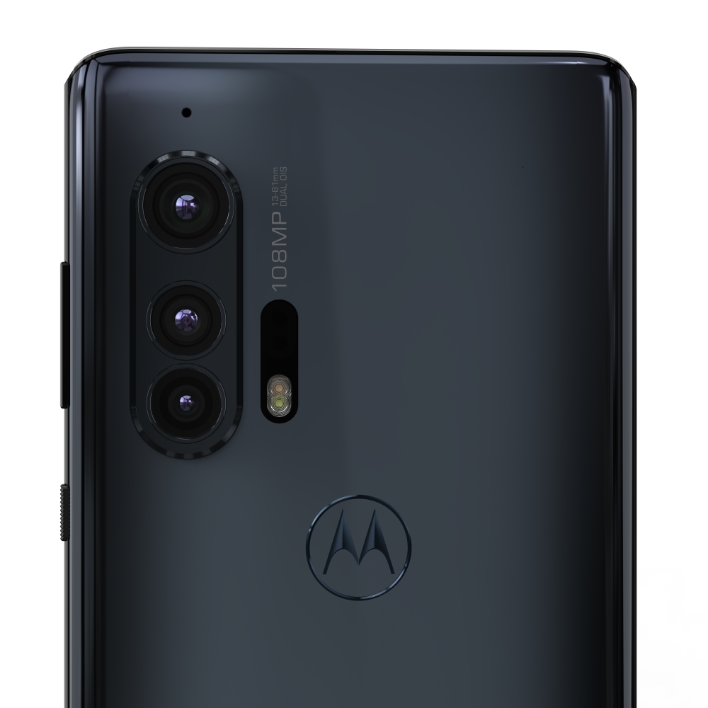 Powering the Edge+ is the familiar Snapdragon 865 SoC, which brings with it the Snapdragon X55 5G modem. The device comes equipped with 12GB of LPDDR5 memory and 256GB of UFS 3.0 storage. You’ll find the usual stuff like Bluetooth 5.1 and Wi-Fi 6 on the Edge+, and surprisingly, it even retains the 3.5mm headphone jack. There’s a 5,000 mAh battery to fuel this 5G beast, while both 18W wired and 15W wireless charging are supported.

When it comes to rear cameras, the Edge+ has three. There’s a 108MP primary camera with pixel binning enabled (the end result is a high quality 27MP image), coupled with a 16MP ultra-wide sensor and an 8MP telephoto sensor.

One of the constants that we’ve seen with 2020’s flagship Android smartphones is that pricing has increased across the board; we can blame that on the added cost of the Snapdragon 865 + Snapdragon X55 for 5G compatibility. That same trend is reflected here with the Edge+, as it is priced at $999. That puts it on even ground with the Galaxy S20 and OnePlus 8 Pro (12GB/256GB) version.

Unfortunately, Motorola is offering the Edge+ as a Verizon Wireless exclusive; just as it did with the all-new Razr. This is rather unfortunate news and we thought that the age of carrier-exclusive phones was starting to come to an end as it limits availability. But Motorola seems married to Verizon for better or worse, which means less choice for those that like the brand’s smartphones.

For those that aren’t keen on Verizon Wireless exclusivity, Motorola will also offer a standard “Edge” with a Snapdragon 765 5G SoC (only sub-6Ghz spectrum supported) that will come unlocked. This smartphone features a 90Hz 6.7-inch “Endless Edge” display, 4500 mAh battery with 18W TurboPower charging, and a triple camera system on the back. Motorola is only saying that the smartphone will be available in the United States “later this year”.