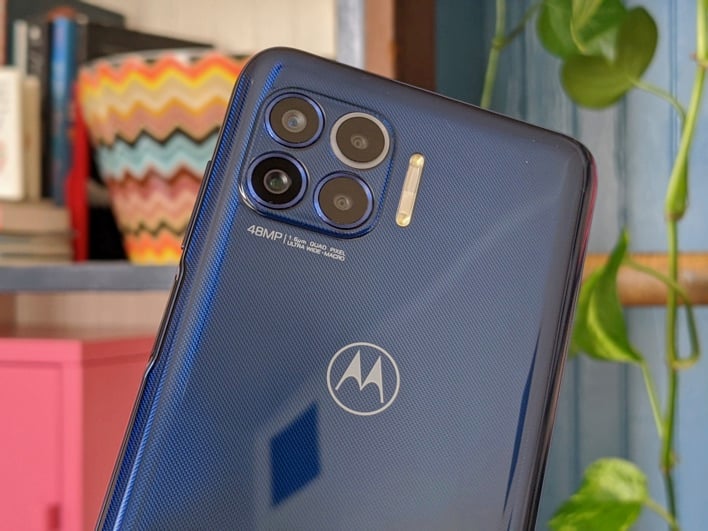 This let’s-see-what-sticks strategy is confusing, to say the least. While the Razr 5G, Edge+ and Edge fit into well defined categories, these other handsets (especially the sub-$270 E- and G-series) overlap in terms of specs and pricing, and often lack must-have features like NFC. Combine this with middling cameras (Edge+ excepted), in addition to no IP-rating across the board, and we’re left scratching our heads.

And then there's the Moto One 5G, a $445 phone with impressive specs, including a 5G-capable Snapdragon 765, a 90Hz 21:9 display, 48MP quad rear shooters, and dual selfie cameras. Do these marquee features make up for its plastic build, scant 4GB of RAM, lack of OIS, and carrier exclusivity? More importantly, is this yet another shot-in-the-dark Moto handset, or is this the one? Let’s find out...

Moto One 5G Hardware And Design

At 168 x 74 x 9mm, the Moto One 5G is a tall and narrow phone. This is mostly down to the 6.7-inch 21:9 display. While it's slightly taller than Samsung's mighty Galaxy Note 20 Ultra, it's about 4mm narrower, making it a lot easier to grip and use single-handed. It's also nearly the same weight, at 207g. That 1080p LTPS screen is flat, and while the side bezels are small, the forehead (home of the earpiece) and chin are more pronounced.

Overall, the One 5G's design is modern and attractive, and even includes dual punch holes for the two front shooters (16MP main and 8MP ultrawide). But don't be fooled -- other than the glass front, this handset is made of plastic, with a faux metal mid-frame and imitation glass back. Ostensibly, this is to reduce costs, but we'd have much preferred for Moto to unapologetically embrace the use of polycarbonate like Google did with the Pixel 4a. 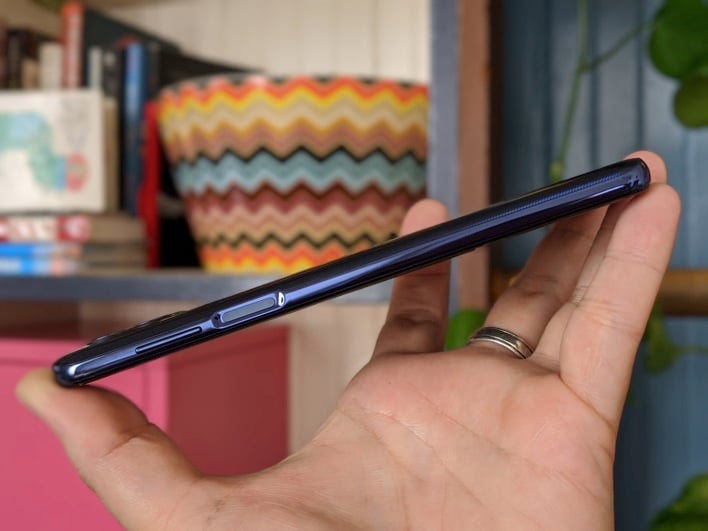 It’s also somewhat odd that Moto decided against using more premium materials at this price point when the company’s $250 G6 was made of glass and aluminum two years ago. Build quality is solid, but all this glossy plastic makes the One 5G a fingerprint magnet. And while shiny polycarbonate is less likely to break than glass, it's easier to scuff and scratch, so you'll probably still want to use a case.

What's fun about the One 5G's design is the Oxford Blue color and the rounded square camera pod in the rear. It’s reminiscent of the back of Apple's iPhone 11 Pro, but with four shooters in a square layout instead of three in a triangle. The 5MP macro lens features a light ring, while the other three sensors (48MP main, 8MP ultrawide, and 2MP depth), just have a circular accent instead. There’s also a dual-LED flash bar to the right of this pod. 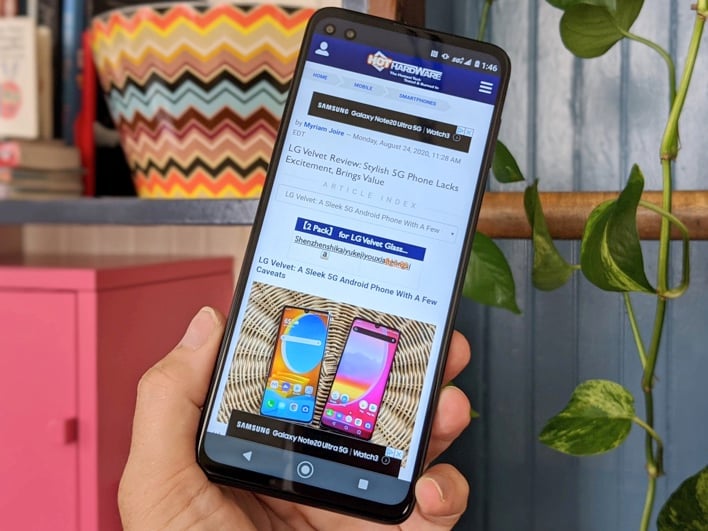 You’ll find Moto’s logo in the rear, but also AT&T’s, which sticks out like a sore thumb. Why manufacturers allow the carriers to deface phones like this is beyond us. Do you see AT&T’s logo on Apple or Samsung handsets? Nope. Under the hood, there’s a 5000mAh battery and an NFC antenna, but no wireless charging coil. And while the One 5G isn’t IP-rated, it’s covered in a water-repellent nano-coating.

Looking around the edges, the right side is home to the volume rocker and power/lock key, which doubles as a capacitive fingerprint sensor. The SIM/microSD tray is located on the left side, and the secondary mic lives on the top edge. You’ll find the headphone jack, USB Type-C port, primary mic, and mono speaker along the bottom. It’s interesting that Moto didn’t put the capacitive fingerprint sensor into its logo in the back, as it often does.


Here's an unboxing video to get you acquainted.

The Moto One 5G’s display is quite lovely for an LTPS panel. Colors are vibrant, contrast and viewing angles are good, and it’s sufficiently bright. It’s a 6.7-inch FHD+ (2520 x 1080 pixels, 409ppi, HDR10) screen with a 90Hz refresh rate -- something we’re super excited about. Kudos to Moto for including this great feature. We’re also big fans of that 21:9 aspect ratio, which makes this handset narrower and easier to hold without giving up screen real-estate. 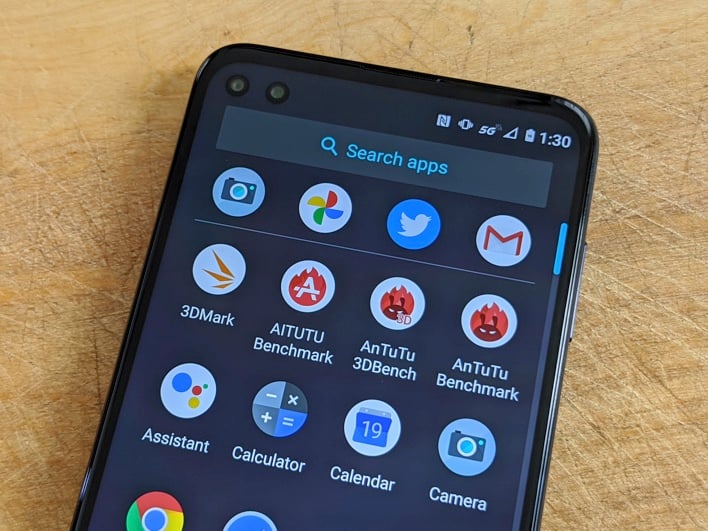 Bezels are slim on the sides and slightly larger top and bottom, and there’s no silly curved edges to contend with. No OLED panel means no optical in-display fingerprint sensor (it’s embedded in the power/lock key instead), but the One 5G has two individual punch holes in the top left corner of the screen for its dual selfie cameras, which is rather unusual. The OnePlus Nord, for example, uses a pill-shaped cutout.
Now let's dig into the One 5G's cameras...