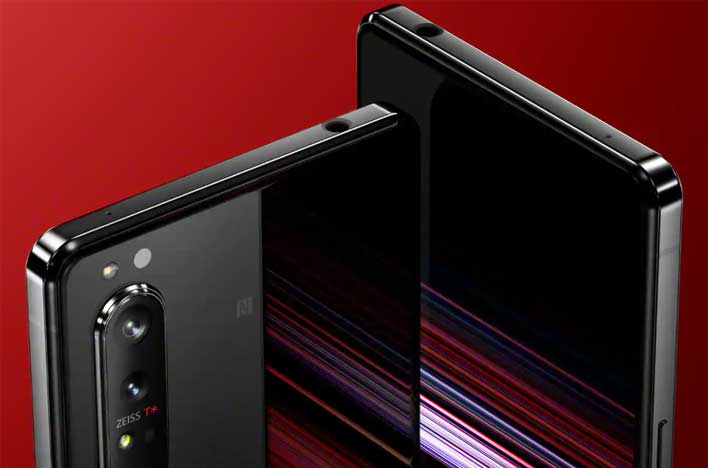 Sony has announced a new flagship smartphone called the Xperia 1 II. The strange name marks the second edition of the device that first launched roughly a year ago. Highlights of the new Xperia 1 II include the claim of being the world's first smartphone with up to 20 fps continuous shooting capability. The camera array is a triple-lens setup with a 3D iToF technology and ZEISS optics with a T coating just for the smartphone.

The three 12MP sensors of the camera array have focal lengths of 16mm, 24mm, and 70mm respectively, and support advanced photo technologies. The cameras also have continuous autofocus and auto-exposure that performance AF/AE calculations at 60 times per second. Sony also rolled in Real-time Eye AF that focuses on the subject's eyes for portrait shots and works with humans or animals.

Other camera array features include a dual-photo diode sensor, an autofocus system that covers 70% of the sensor, and a 3D iToF sensor. A large 1/1.7-inch Exmor RS for mobile sensor is used promising to be 1.5x more sensitive than the previous model giving faster and more accurate autofocus in low light. The camera has multiple advanced capture modes for photos and video. An 8MP front camera handles selfies and has HDR and SteadyShot capability.

Sony used a 6.5-inch 21:9 CinemaWide 4K HDR OLED display for the smartphone. The SoC is a Snapdragon 865 paired with 8GB of RAM and 256GB of internal storage. A microSDXC slot supports up to 1TB cards. The smartphone is water-resistant with an IP65/68 rating. Out of the box, the smartphone runs Android 10 and is powered by a 4,000 mAh internal battery with support for wireless charging.

It does have a fingerprint sensor, GPS, WiFi, Bluetooth 5.1, and NFC. The smartphone will launch "in 2020" and will be sold unlocked at Verizon, AT&T, T-Mobile, Cricket, and MetroPCS. An Xperia PRO with the same camera and display from the Xperia 1 II will launch with 5G mmWave support, but the launch time frame is unannounced. The predecessor to the Xperia 1 II was the Xperia 1 that launched in February 2019.