We run a custom 1080p HD video loop test developed in-house, to prove out battery life with our test group of machines. In all tests, Windows 10 Quiet Hours has been enabled and the displays are calibrated with lux meters on pure white screens to as close to 115 lux as possible. For the average laptop this is somewhere between a 40-60 percent brightness setting. In the case of the Elite Dragonfly, this required lowering the brightness to just one notch above the minimum. It's refreshing to have a laptop where every brightness setting is at least usable without having all the lights off. 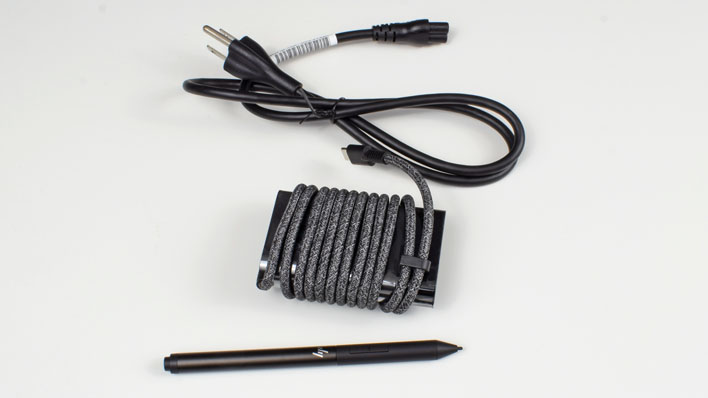 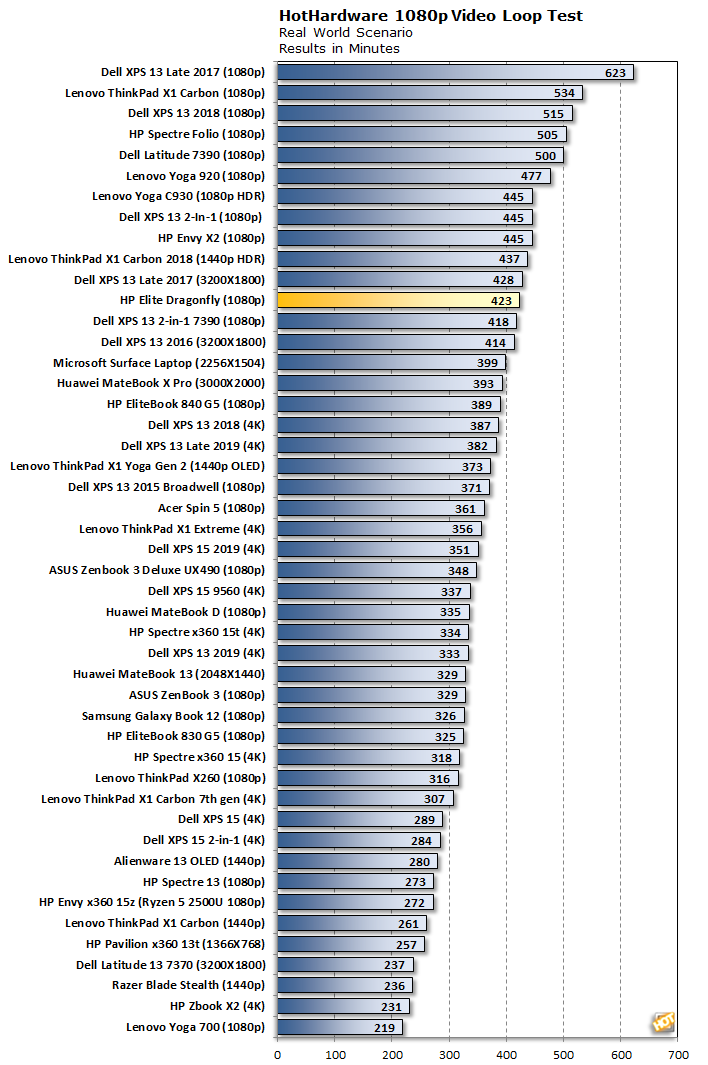 The Elite Dragonfly we're reviewing today has a mature, well-known processor and RAM configuration, but has a slightly larger-than-normal 56 Watt-hour battery. That's around 10% bigger than most of the ultraportables, all of which have a 50 Wh battery or so, so the Dragonfly should in theory last longer with its 56 Wh juice pack.

Reality is often a fickle beast, but in this case, the Dragonfly lived up to the billing. 423 minutes is really quite good, all things considered. Incidentally, that seven-hour runtime was right in line with HP's internal video playback testing. That's notable for the fact that very often, battery estimates from manufacturers don't always line up with reality.

That 1080p display probably figured into the overall result, since the integrated GPU didn't have to work so hard to draw all those pixels to the screen and there were fewer pixels to keep lit up. HP advertises that the base model's backlight only consumes a single watt of power at full blast. The extra-bright Sure View screen would no doubt eat into the battery power somewhat, especially at brighter settings.

To test thermals we ran Cinebench R20 twice back to back, and monitored the temperatures and clock speeds on the second run. Early on, the CPU hit 3.2 GHz, but that speed quickly dwindled down to around 2.6 GHz over the first 30 seconds or so of the run. Temperatures were quite hot, into the mid-90s Celsius. 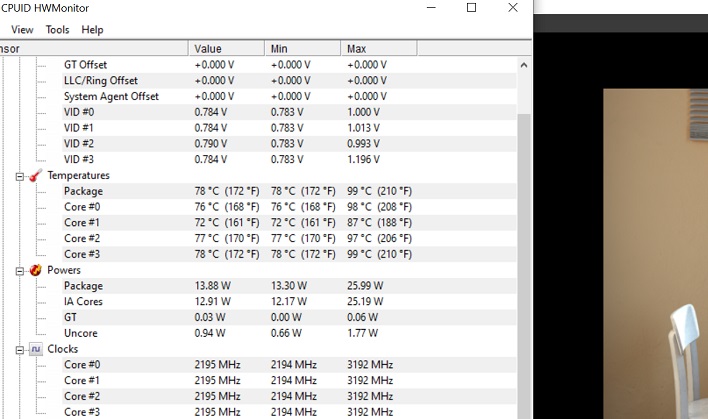 Screenshot of HWMonitor running while Cinebench did its thing

After around 30 seconds, the CPU dropped down to 2.1 GHz, where it finished the run. CPU core temperatures quickly followed and towards the end of the run they settled at around 68-70 Celsius. It seems the Elite Dragonfly favors comfort over running wide-open. For the kind of work that this system will normally do, that's a fine compromise. 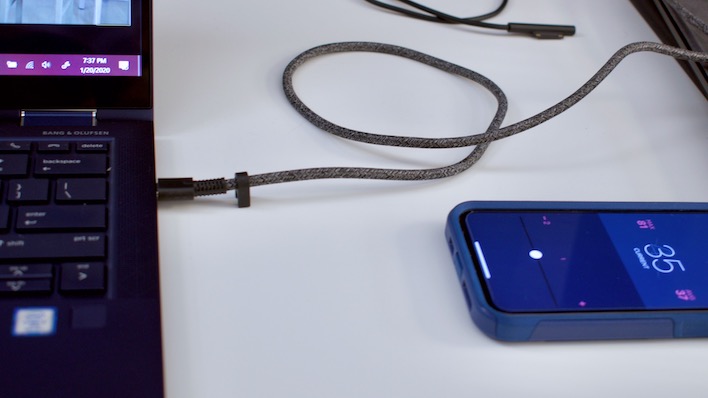 
The fans with the system plugged in were flat-out not audible, and didn't spin up to a higher gear until the system was under a sustained, heavy load. Even then, the fans in the Elite Dragonfly were pretty tame, and never got up to be more than an audible whisper.  To test acoustic performance we used a sound meter on an iPhone 11 Pro to measure sound levels while running Cinebench R20. Our approximately 30 decibel room felt dead silent to us.

At idle, the iPhone didn't pick up anything above our noise floor from six inches away. When we put our ears to the system, we might have heard a little bit of movement, but if so, it was very minimal. Once Cinebench was cranking away, we could hear the fans inch their way upward, and so could the iPhone. Eventually the sound pressure increased 36 to 38 decibels and held steady for the last half of the run. That's very quiet, and the HP system gives an excellent result on the noise front.

For the most part, the noise character is typically a rush of air being forced through a small area. The vents are behind the keyboard and hot air wafts up from in front of the hinge and display. There's no whine from the fan, and since it's so quiet, we don't think anybody would ever find it to be distracting or obtrusive.