We mostly used the Xperia 1 II on Verizon’s LTE network in San Francisco and AT&T’s LTE network in Portland (OR), and we didn’t have any problems with call quality or data speeds. “But wait,” we hear you say, “this is a 5G device, right?” Yes, but for some inconceivable reason, it doesn’t support any 5G bands in the US -- a major omission considering the $1200 price tag, and a serious drawback in our opinion. If you’re abroad, Sony’s specs list the following 5G bands: n1, n3, n28, n77, n78 (all sub-6GHz). So there’s that. 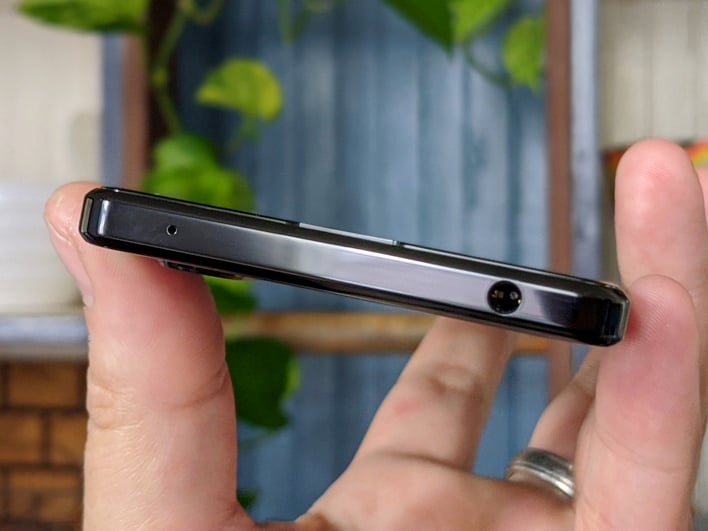 On the plus side, the Xperia 1 II’s audio performance is excellent. The stereo speakers (dual front-firing drivers) sound detailed and balanced, and there’s a headphone jack -- a rarity on today’s flagships. Sony also includes features like Dolby Atmos, 360 Reality Audio (with hardware decoding), LDAC/aptX HD (for lossless audio over Bluetooth), and DSEE Ultimate (its own upsampling algorithm). Our only gripe is that the speakers aren’t loud enough, and ditto the 3.5mm output when using high-impedance wired headphones and earbuds.

Reviewing Snapdragon 865-based flagships is a lot like being stuck in the movie Groundhog Day. Qualcomm’s best SoC consistently delivers stellar performance no matter the handset, and Sony’s Xperia 1 II is no exception. This isn’t just reflected in our benchmarks (below), but also in our experience using these phones. Sure, there are minor variations in both measured and perceived speed -- mostly related to software optimizations and hardware choices (like RAM/storage/display) -- but overall you can’t go wrong with any of these devices.

The Xperia 1 II pairs the Snapdragon 865 with 8GB of LPDDR5 RAM and 256GB of UFS 3.0 storage (expandable via microSDXC cards up to 1TB), plus Qualcomm’s X55 5G modem -- without support for 5G in the US, unfortunately. Sony managed to keep things snappy, despite having to draw 40% more pixels. This phone gobbled up anything we threw at it with aplomb -- from streaming our favorite Twitch channel to nerding out in World of Warships. Still, the lack of 90Hz+ refresh rate is palpable, despite a very clean build of Android 10. 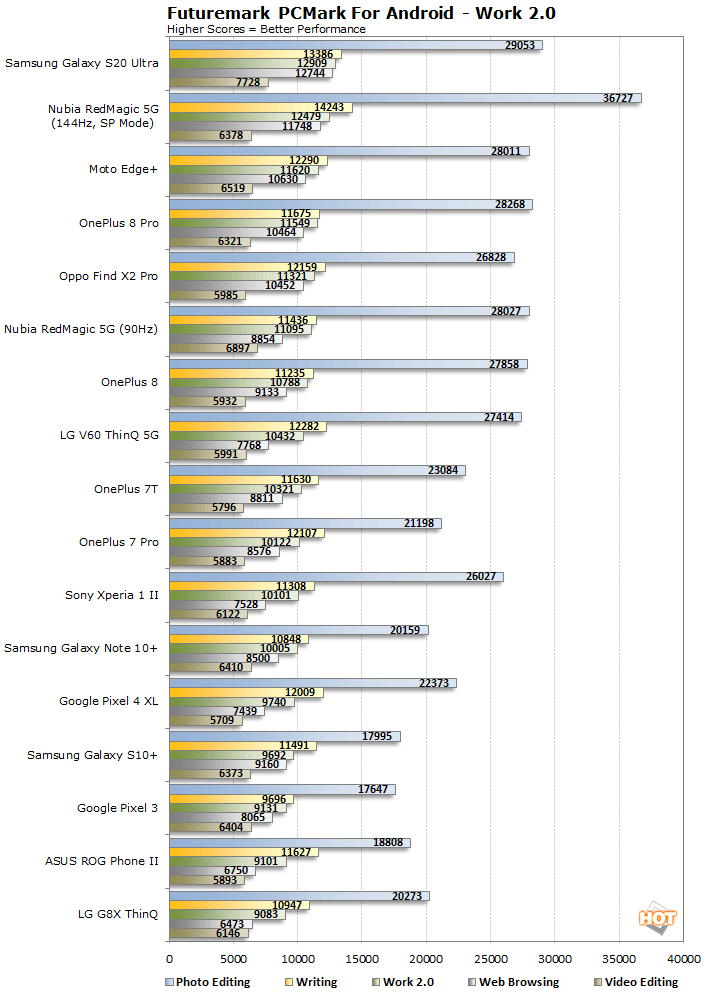 The Xperia 1 II scores below LG's V60 ThinQ 5G, landing in the in the middle of the best performing Snapdragon 855-equipped flagships from 2019. While the Snapdragon 865 powering this device offers strong all-around performance for the workloads used in PCMark for Android, there's room for improvement. Then again, keep in mind that the Xperia 1 II has to draw 40% more pixels because of that lovely 4k display. 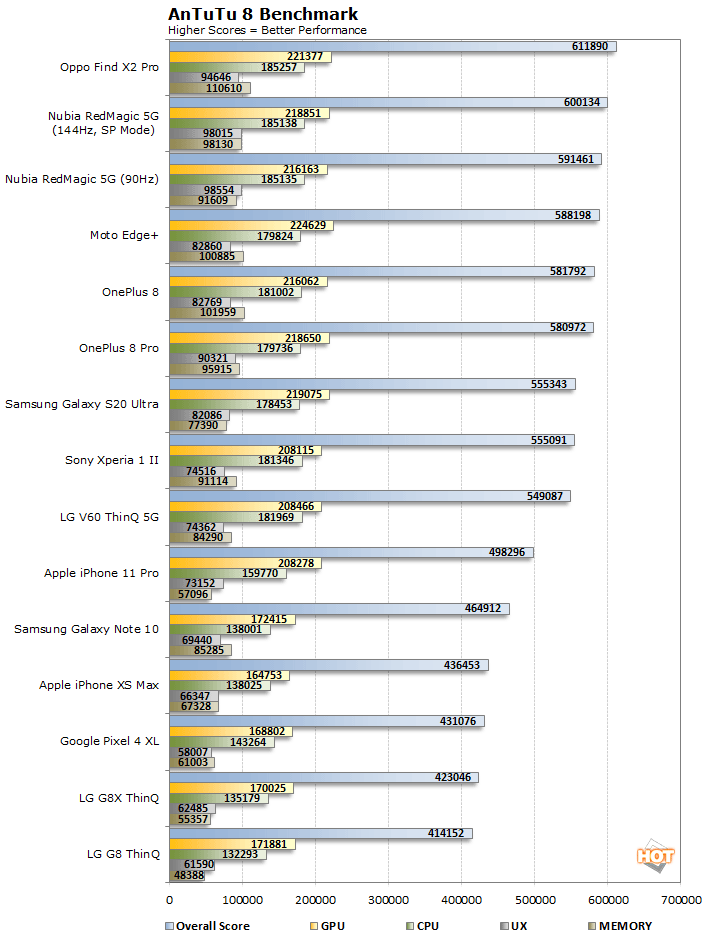 We saw more of the same in the AnTuTu benchmark. Here, the Xperia 1 II comes in right below Samsung's Galaxy S20 Ultra and lands in the middle of the pack. 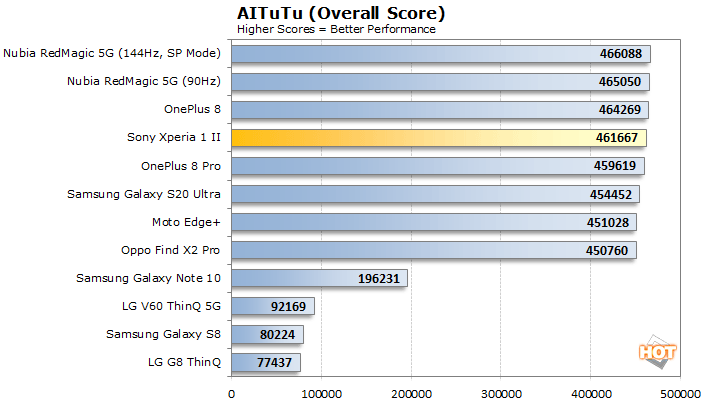 Sony's clearly done a good job optimizing AI workloads. In AiTuTu, the Xperia 1 II scores right between the OnePlus 8 and 8 Pro, near the top of the heap. 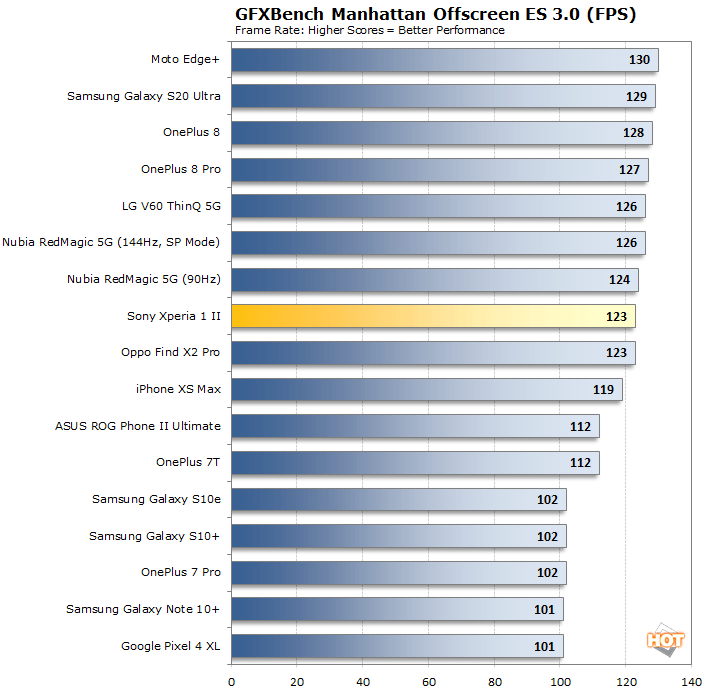 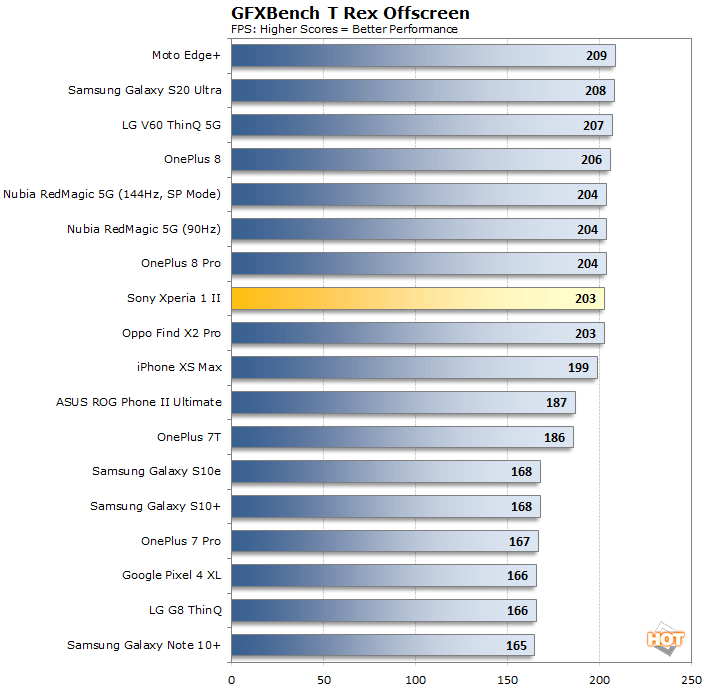 Graphics performance is a clear strong suit for the Snapdragon 865 mobile platform. Here, the Xperia 1 II lands in the middle, just below the OnePlus 8 Pro. 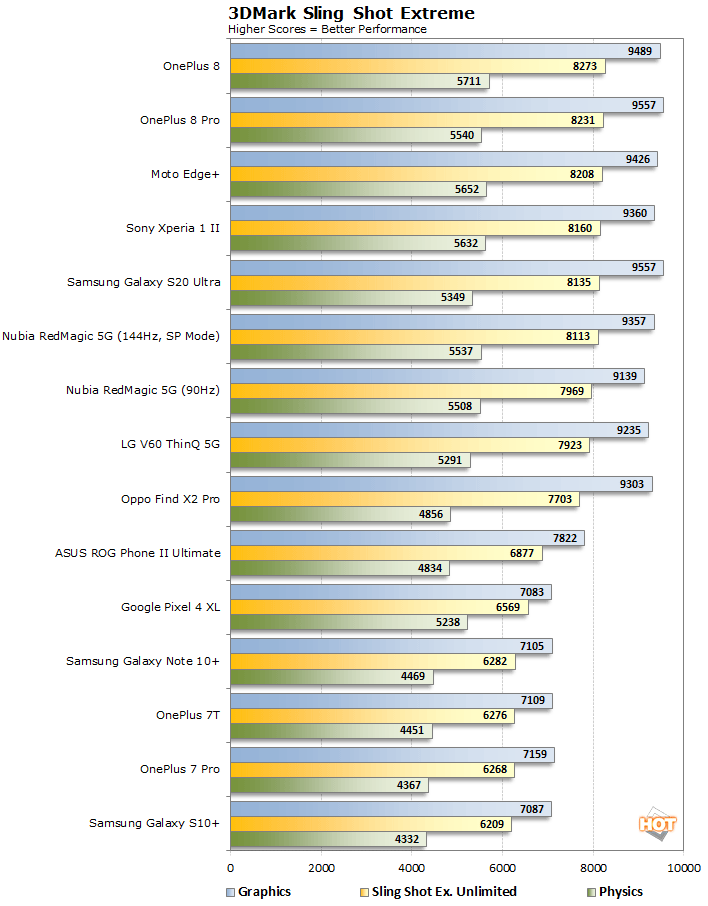 The Xperia 1 II also performed well in these 3DMark tests. The OnePlus 8 and 8 Pro finished at the top of the heap, but Sony wasn't too far behind.

In terms of specs, the Xperia 1 II features everything you’d expect from a 2020 flagship. That means WiFi 6 (802.11ax), Bluetooth 5.1 (LE), NFC, and A-GPS/ GLONASS / Galileo / BDS positioning. Sensors include an accelerometer, a gyro, a proximity sensor, a barometer, a compass, and a color spectrum sensor. The vibration motor feels pretty nice, and can be synced with audio for additional haptics. We also like the side-mounted capacitive fingerprint sensor, which is quick and accurate, and doubles as the power / lock key. 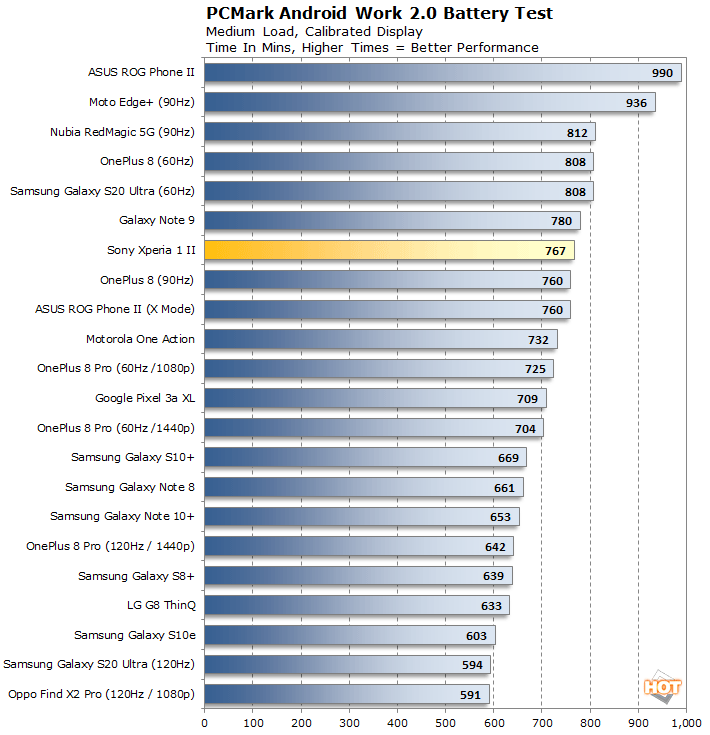 Battery life is very good considering the Xperia 1 II’s 4K display likely draws more power than a lower resolution panel. The 4000mAh cell (which is relatively small for a modern flagship) lasted 12 hours and 47 minutes in our PCMark battery test. Obviously, that’s on LTE since this handset lacks 5G bands for the US. Basically, we didn’t have any issues using this phone for an entire day (and often longer) on a full charge. And when it’s time to fill up, there’s 21W wired fast charging (USB PD), and 11W Qi-compatible wireless charging.