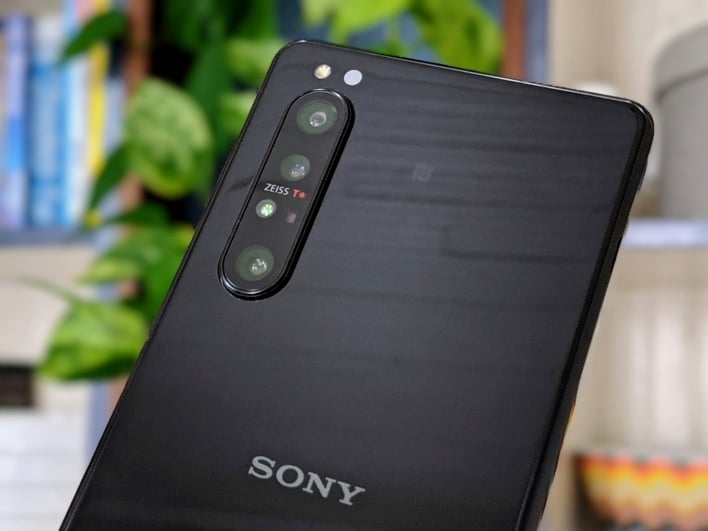 Depending on your age and background, the Sony brand might be synonymous with Bravia TVs, Alpha cameras, PlayStation game consoles, or even Walkman audio players. And you’d be right in thinking that way, but did you know Sony also makes Xperia smartphones, and even sells them in the US? Well, it’s true. Sony's Android handsets also often include features found in the company’s TVs, cameras, game consoles, and audio players. They’re always quite premium, differentiated in a unique way, and always very "Sony".

However, for years now, Sony has struggled to stand out in the rapidly commodifying smartphone market -- not so much for lack of being different, but more for lack of nailing the basics. Take imaging for example. Sony makes the majority of sensors used in today’s handsets -- not to mention excellent standalone cameras -- yet until 2019, it didn’t have a single flagship handset with OIS (optical image stabilization). And, despite boasting solid specs, imaging performance on Xperia devices has often failed to impress. It’s fine, but not worth the price of admission for an otherwise very premium smartphone.

Last year’s Xperia 1 (and its little sibling, the Xperia 5) were a step in the right direction. These handsets marked the first time Sony’s camera and smartphone divisions truly collaborated, and delivered better results. Which brings us to this year’s Xperia 1 II (aka. Mark Two), a $1200 5G flagship with a 4K OLED display, Snapdragon 865, and Zeiss-branded triple rear shooter. Sony targets this phone at photo and video enthusiasts, and even includes “Pro” apps that mimic the look and feel of its Alpha and CineAlta cameras.

So, is the new Xperia 1 II worthy of your consideration? Does the camera deliver the quality we expect from a Sony-branded shooter? Is it worth its hefty price tag? And does it check all the right flagship phone boxes? Read on to find out...

We hope you like boxes, because the Xperia 1 II is about as rectangular as a modern smartphone can get -- think of the black monolith in 2001: A Space Odyssey, and you have the right idea. This glossy monolithic design is further reinforced by the screen’s 21:9 aspect ratio, which makes this handset taller and narrower than most of its contemporaries, but also easier to hold. And unlike Razer, which made some very sharp phones (pun intended), Sony rounded the edges off just enough to make this phone more comfortable to grip. 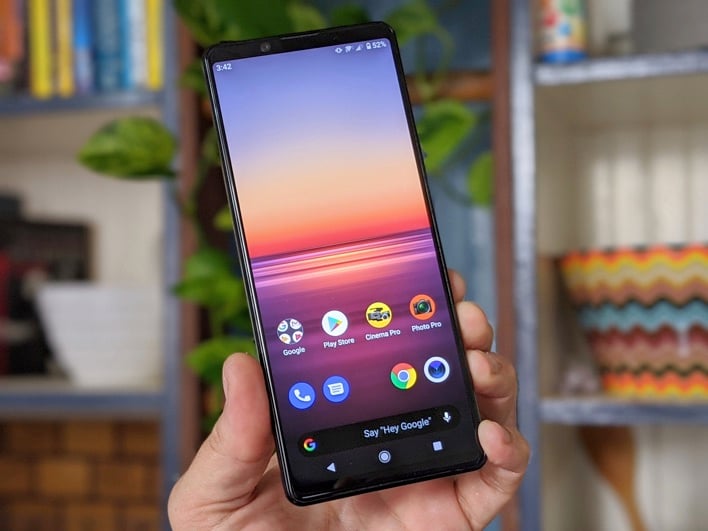 Overall, this design is super clean, understated, and absolutely premium. Our review unit is a black glass and aluminum sandwich, but we’re really jonesing for the gorgeous shade of purple that’s available in some markets outside the US. At 165.1 x 71.1 x 7.6mm and 181.4g, the Xperia 1 II is about the same width and thickness as Samsung’s Galaxy S20, about the same height as the Galaxy S20 Ultra, but slightly lighter than the Galaxy S20+. While it’s thinner and lighter than most handsets this size, it remains satisfyingly dense.

The front is dominated by a delightful (and flat) 4K 21:9 display, which is surrounded by narrow side-bezels plus a small chin and forehead -- the former cleverly hiding the speaker, the latter housing the 8MP selfie camera, earpiece/speaker, and notification LED. In back, there’s a vertical pod in the top left corner containing the triple 12MP shooter and time-of-flight (ToF) sensor. An LED flash is mounted above this pod, alongside a color spectrum sensor. Rounding up the rear are Sony and Xperia logos (middle and bottom, respectively).

Like any proper flagship, the Xperia 1 II is IP65/IP68 water and dust resistant, and packs a wireless charging coil under the rear glass. You’ll find a headphone jack and secondary mic along the top edge, and a USB Type-C port and primary mic on the bottom. The nano-SIM / microSDXC tray on the left side can be removed using a fingernail -- no SIM tool required. But it’s on the right that this phone really stands out, with a two-stage camera button, a power / lock key that doubles as a capacitive fingerprint sensor, and the volume rocker.

Sony claims the Xperia 1 II features a 4K screen, but that’s not quite correct. This 6.5-inch OLED panel boasts an impressive 3680 x 1644-pixel resolution (643ppi) and 21:9 aspect ratio, so with less than 2160 lines, it’s not really UHD. Regardless, it’s a beautiful display, and who’s counting pixels, anyway? What matters most is that it’s completely flat, with no notches or punch holes to spoil the viewing experience. As a bonus, the subtle rounded corners give this screen that modern roundrect vibe. It’s also HDR BT.2020 compliant. 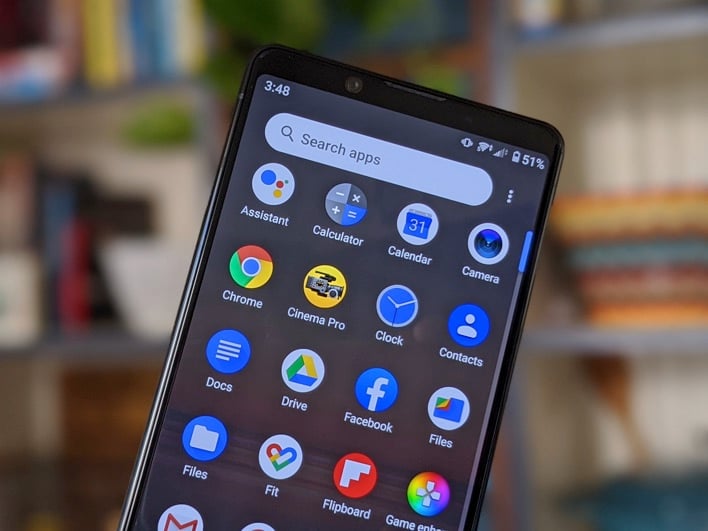 While the refresh rate is just 60Hz, everything else about this panel is absolutely top notch. Color accuracy and contrast are superb, and viewing angles are excellent. For color reproduction, you can choose between standard mode (more vivid colors) and creator mode, which is powered by Sony’s professional CineAlta processing. The Xperia 1 II can also switch between these modes automatically for certain apps (like Netflix). Another feature is Bravia HDR remaster, which enhances video playback for better contrast and clarity.

The only questionable display setting is motion blur reduction. While it can sometimes be helpful when watching sports or gaming, we’re not fans. So unless you like your videos to have that soap opera aesthetic, we suggest you keep this off. Also, Sony’s auto brightness adjustment tends to make the Xperia 1 II’s screen a little too dim in low light for our liking. Still, it’s bright enough in direct sunlight.