3DMark is a synthetic GPU benchmark for assessing graphics performance. 3DMark supports both DX11 and DX12, depending on the test being run, which makes it handy for testing GPUs of various performance levels. Time Spy is 3DMark's DirectX 12 test. This test also has multiple presets, but the standard Time Spy stresses even a fast gaming desktop pretty heavily on its own, so that's what we stuck with. 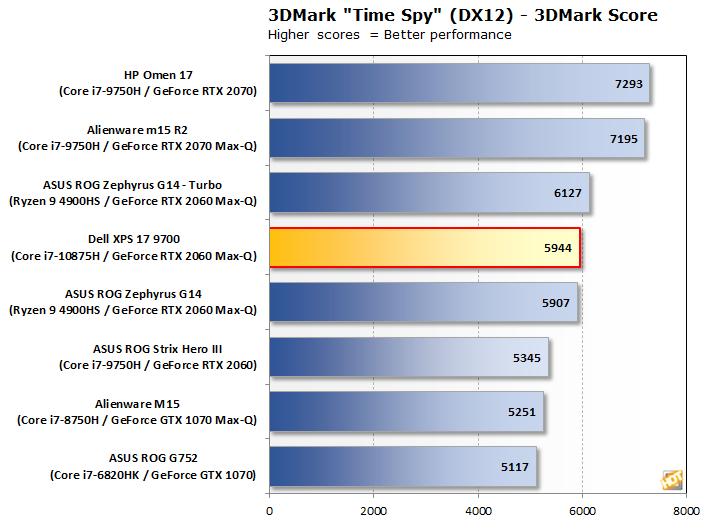 The Dell XPS 17 9700 performs very favorably in Time Spy. It outpaces the ROG Strix Hero III by a comfortable margin. It also narrowly edges out the ROG Zephyrus G14 at stock speeds, but Turbo mode pulls the Ryzen-powered notebook back ahead. Otherwise, only stepping up to pure-bred gaming machines with a beefier GPU will deliver better performance.


Port Royal is the newest test in 3DMark's arsenal, which examines DXR ray tracing performance. Since ray tracing hardware acceleration is required, we are left with only Nvidia RTX-class cards to compare to. 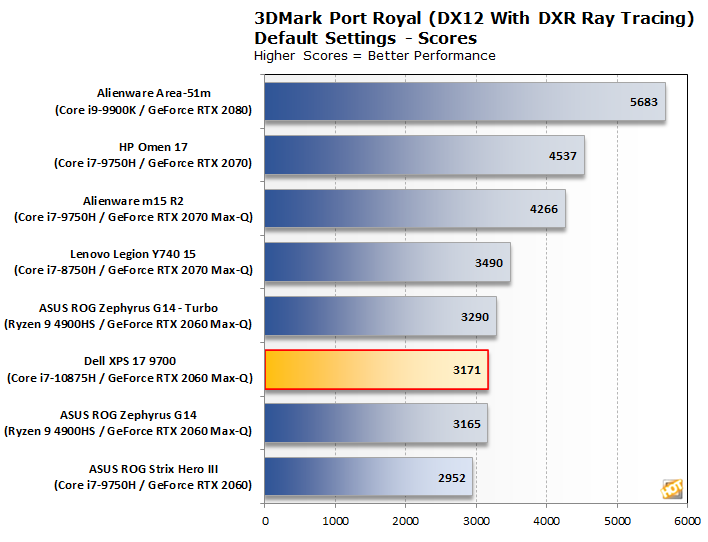 The RTX 2060 Max-Q inside our Dell XPS 17 is not the most capable ray-tracing machine on the market. However, it does perform as expected and ought to be sufficient for lighter touches of ray-tracing implementations and is still important for creative rendering workloads.


Middle Earth: Shadow of War is a fun and and beautiful title set in Tolkien's Lord of the Rings universe. To test the game's performance relative to other systems, we set the resolution to 1920x1080 and turned the visuals up to the High preset. The frame rates here are the average reported by the built-in benchmark. 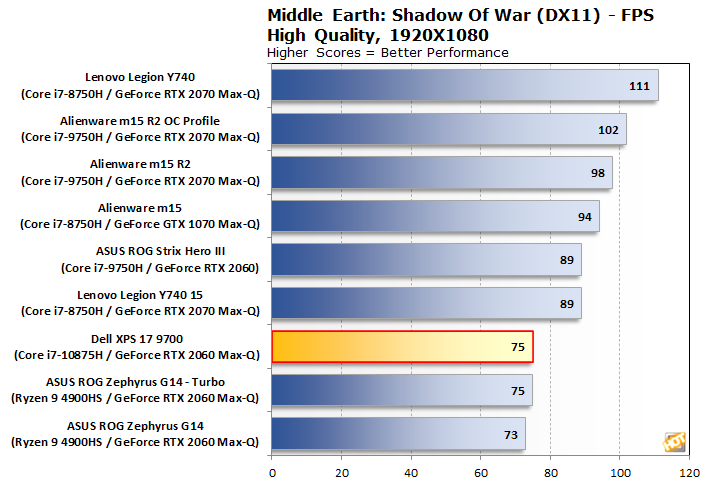 The Dell XPS 17 falls behind the ROG Strix Hero III in our Shadow of the Tomb Raider benchmark, but is comparable to the ROG Zephyrus G14. These games warm up the system's hardware even while driving the menus, so the XPS 17's narrower thermal headroom does become a detraction versus larger, louder, gaming-centric machines.


The finale in the rebooted Tomb Raider trilogy, Shadow of the Tomb Raider is easily the best-looking of the bunch. It is also brimming with Tobii eye-tracking hardware support, and leading-edge graphics technologies. To test this game out, we turned the visuals up to High and tested at the Full HD resolution of 1920x1080. 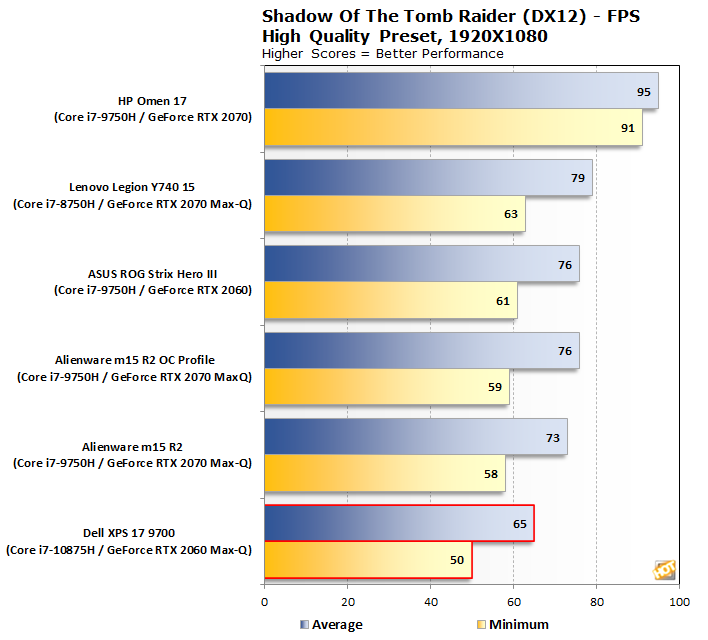 The Dell XPS 17 9700 again falls behind the ROG Strix Hero III. Still, it is not far out of line compared to the RTX 2070 Max-Q systems and manages to mostly keep its head above 60 FPS throughout.
PREV PAGE NEXT PAGE