Sometimes, a work of art hits our culture at just the right time, when it can transcend its medium and become something greater. Such events are exceedingly rare in video games, but we old folks remember Pac-Man Fever and Fred Savage in The Wizard playing Super Mario Bros. 3. More recently, video games have become spectator sports in large part due to StarCraft II, DotA 2, and Overwatch and similar genre game titles. None of those moments found humanity in a time of crisis, however, until Animal Crossing: New Horizons launched on the Nintendo Switch a year ago today. Across the globe, entire countries were in lock-down mode and nobody was quite sure what to do. Tom Nook hit the scene with his private island, and it was the escape we all needed.  Today, let's look back on the year in Animal Crossing: New Horizons during these defining times in history, and relive some of the triumphs along the way.

It's a little unusual for a game to launch on a Friday, but it was the perfect weekend time sink that then turned into a year-long obsession. That first weekend didn't have any big events, but millions of people got acclimated to island life, collected fruit, and explored randomly-generated islands. It wasn't until the following weekend that Daisy Mae, granddaughter of Sow Joan, showed up in town to sell turnips on the Stalk Market. We all got settled into our tents, and later houses, caught bugs and fish, dug up fossils, and just got away from it all. For those whose islands were in the Northern Hemisphere, spring was imminent. Island residents in the Southern Hemisphere were the first to witness the turning of the leaves into autumn.

Animal Crossing: New Horizons makes a point to celebrate many global major holidays. The first one to hit the game was Bunny Day, when Zipper T. Bunny came to town and asked residents to find six eggs that could be used in crafting recipes to make all kinds of themed decorations. Bunny Day will be the first ACNH holiday to happen for the second time soon. Holiday-themed events got bigger and bigger as the year progressed, and more island visitors made their way to island cultures worldwide, too. The May Day Maze made for a fun puzzle with treasures at the end of the road. 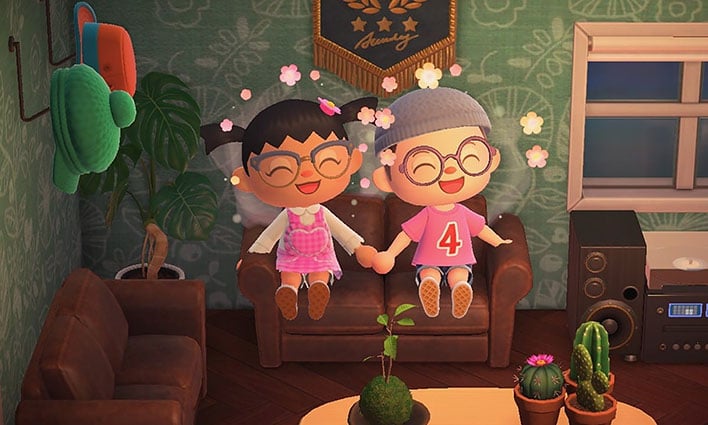 Because of the COVID-19 pandemic and a need to avoid gathering with people who didn't live together, Animal Crossing provided a way for people to stay together. Multi-player functionality allowed friends and total strangers to visit one another's islands for at least some sort of social interaction. The game became a meeting place, a hang-out spot, and even made a makeshift substitute for date night.

It wasn't all fun and games for Nintendo, however. Animal Crossing caught the eye of watchful Chinese censors after a Hong Kong protester created a "Free Hong Kong" themed island and welcomed visitors. While Nintendo had teamed up with TenCent for a Chinese release, the game never did launch in the country. There was also an actively-exploited item duplication bug that temporarily wrecked the in-game economy for some folks and spawned numerous eBay listings with duplicated bugs.

The game seemingly never stopped growing in scope. Over the ensuing months, more and more activities became available. Redd showed up with his sketchy boat shop selling authentic and forged works of art, just as Blathers opened an art wing at the museum. Swimming in the ocean and deep-sea diving became a regular every-day activity, and the new creatures island residents caught could also be donated. With each passing month, fish and bugs migrate to make room for new species. The game was at once a completionist's ultimate dream and eternal nightmare, as the collection would seemingly never be full. 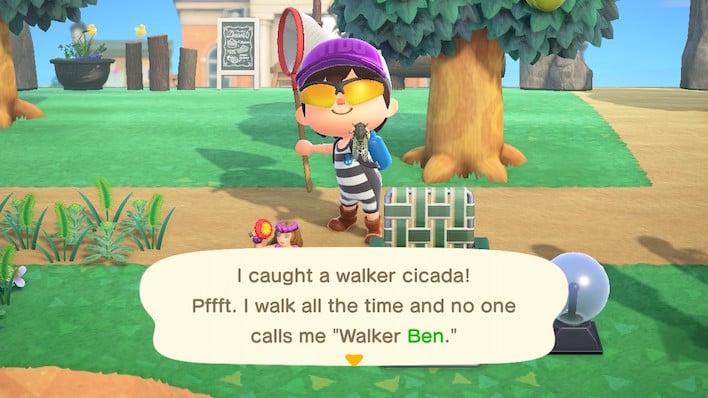 Corporations caught on to the Animal Crossing craze, and dabbled in sponsoring events. Ally Bank famously ensured that residents could sell their turnips for an insane 1,000 bells a piece on its sponsored island. That event used ACNH community tools to manage visitors, something that players had already been doing for months to maximize the returns on their turnip purchases.

Year-end holidays hit the game at a fast and furious pace. Turkey Day on November 26 depicted an actual turkey cooking Thanksgiving dinner. Shortly after that came Toy Day, where all of the residents received and exchanged gifts. The New Year's Eve event was a real show-stopper complete with a giant countdown in the town plaza where everybody gathered to ring in the new year together. And of course, each holiday brought with it more items to buy and activities to complete. 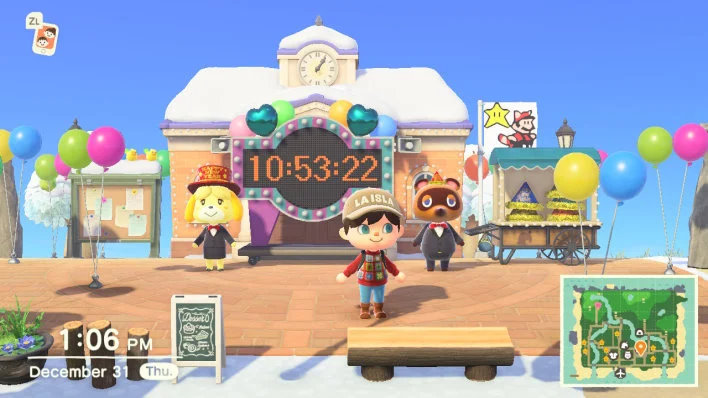 As the year progressed, it became obvious that Nintendo's hit had some staying power. According to Nintendo's investor site, Animal Crossing: New Horizons has sold over 31 million copies world-wide. That's 9 million more units than Super Smash Bros. Ultimate and Legend of Zelda: Breath of the Wild and only a couple million shy of Mario Kart 8 Deluxe. Overall, ACNH is the second-best selling game on the Switch and by far the best-selling Animal Crossing title to date. The game also set Nintendo's record for digital downloads worldwide during that span.


A Hall Of Fame Worthy Game For The Ages

Considering the enormous impact ACNH has had on so many lives, it only makes sense that it would be honored by historical and preservation institutions. That's why the Strong Museum of Play in Rochester, New York has added the franchise to its list of finalists for induction to the Museum's Hall of Fame. The series goes up against other gaming stalwarts like Call of Duty, StarCraft, Portal, and Where in the World is Carmen San Diego? for consideration. The winners will be announced at a virtual induction on May 6th at 10:30 AM EDT.

Animal Crossing: New Horizons holds value beyond just the revenue that it earned for Nintendo. There's no doubt that ACNH was a lifeline to millions of people who were locked down in 2020 during a year of uncertainty and weight we all carried. In our house, the game still gets quite a bit of play. We bought three copies for three Switches, and my family routinely visited one another on our own islands, which further brought us together in good, clean family fun. For that, Nintendo definitely has our thanks.