How To Complete Animal Crossing: New Horizons May Day Maze, Other Tips And Tricks

How To Get Your May Day Ticket
The May Day event lasts from May 1st to May 5th. Players who would like to participate in the event will want to make sure that they have downloaded the update that includes the Museum upgrade and Redd. Players will then want to speak to Tom Nook who will direct the player to head to Dodo Airlines.

Orville at Dodo Airlines will explain that he has a special May Day Ticket for you. Players will need to tell Orville that they would like to fly and use their May Day Ticket. This ticket is free to the players and does not require that you spend any of your hard-earned Nook Miles. You will soon after arrive on an island that is unlike anything else in the game. The island features a maze that players will need to navigate through to get to a reward. 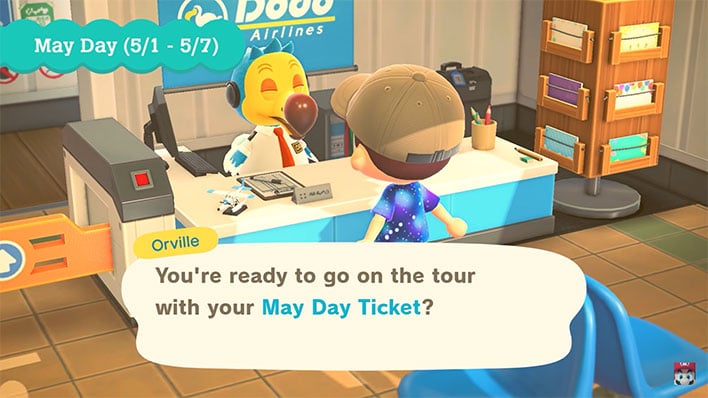 There are a few things to note before moving onto a description of the maze challenge. The May Day Ticket can only be used once a year. The event takes at least fifteen minutes to complete, so make sure you have enough time to spare. Players will not be able to take anything from their inventory to the island, and players will get their items back when they return to their own island.

How To Navigate The May Day Maze
This particular maze is anything but straightforward. Players will begin the maze by grabbing a shovel at the entrance. They will then need to collect materials that are spread throughout the island and craft tools. Here are a few tips and tricks for navigating through the maze.

First, players will want to use their shovel to dig up shrubs. You will need to retrace your steps at some point in your journey, so players should make sure to refill the holes. Second, players do not need to dig up the stumps. You can instead sit on the stump, jiggle around, and jump off in the opposite direction from whence you came. Third, there is a worn axe in the maze that can be used to chop down one tree. Players will need to collect materials that have been distributed throughout the maze to craft an additional axe. This axe is required at the end of the maze. 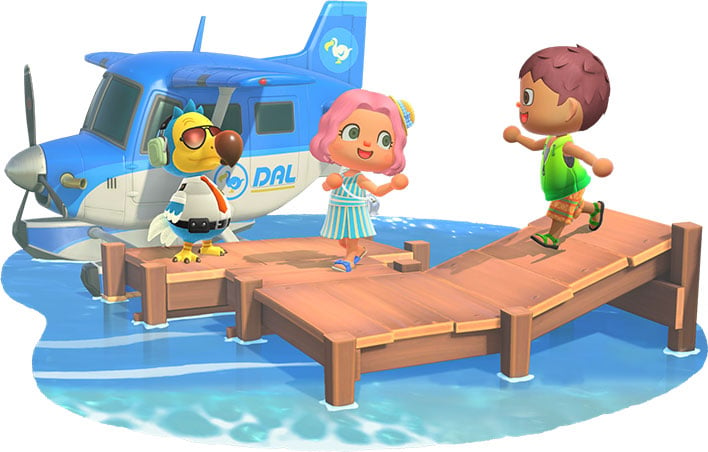 Next, there are several pesky holes. Players can jump over these holes, but they will need to make sure they are facing the correct direction. Fifth, there is also fruit scattered throughout the maze. Players who eat the fruit will then be able to remove a rock or tree with one hit. This will be the same fruit that is native to the player’s island. Last but not least, players who get stuck can ask Wilbur for a hint or use the Rescue Service app to completely reset the island. The reset will also regenerate the items needed to complete the maze.

As many players have noted, the May Day Island is not randomly generated. However, we do not want to spoil your fun.

Rewards For Completing May Day Maze
Players who complete the maze will be greeted by the blue cat Rover. Rover will give the player his decorated briefcase that features stickers from his journeys. This briefcase will be mailed to the players and can be displayed on the player’s island.

Animal Crossing: New Horizons continually adds seasonal events. Many of the upcoming events feature new activities and rewards. You can check out our guide to the spring events here.