It has been a hot minute since Nintendo released a major Animal Crossing update, but the next one is on its way. Wave 1 of the Animal Crossing: New Horizons Free Summer Update will be available on July 3rd. The update will include several summer-themed items and activities.

Players will now be able to swim and dive in the ocean. They can also capture sea creatures like starfish, sea anemones, and spotted garden eels. These creatures can then be donated to the museum.


Players will also experience two new encounters. First, if a player catches a scallop in the ocean, Pascal will ask you if they can have it. If you give Pascal the scallop, they will in turn tell you that they have left something for you to dig up. Pascal will provide the player with new DIY recipes for mermaid-theme furniture.

The second encounter involves Gulliver the Pelican. Gulliver will wash ashore the player’s island wearing pirate garb. They will reward the player with some kind of special reward if the player chooses to aid them.

Wave 1 is the first of two summer updates. The second update will reportedly be available in early August. Nintendo has not provided any details about the second update, but the art that accompanied the announcement hints that fireworks may be involved. 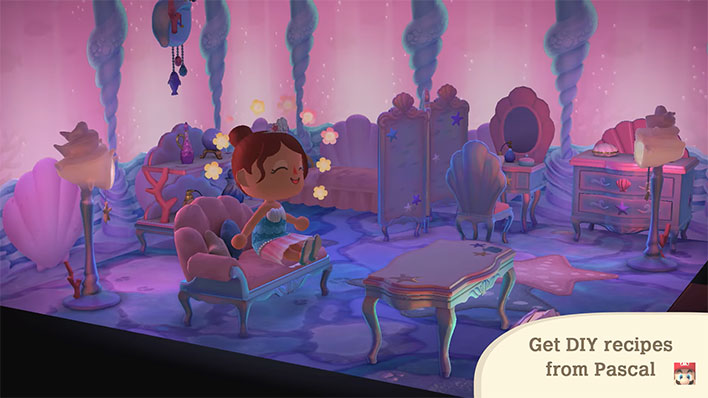 The last major update was released this past spring. The April update introduced the art gallery, two new vendors, and four seasonal events. Leif, the sloth gardener, sells bushes and landscaping supplies, while Redd the fox offers fine art and furniture. Players must determine whether the art from Redd is genuine or fake.

Players appear to be excited about the update. Some players in the southern hemisphere have joked about now being able to swim in the ocean and craft mermaid-themed furniture as their island is covered in snow. Overall it is good to see more content for the popular game.

The new season also introduced various fish and bugs in the northern and southern hemispheres. Many of the fish and bugs that are currently available will be so until the end of summer/winter. You can check out our June fish and bug guide here.