Nintendo recently released an update that allows players to collect and donate fine art to their museum in Animal Crossing: New Horizons. Unfortunately forgeries abound in the game. How can players make sure that their pricey works of art are the real deal? Here is our guide to opening a fine art wing and collecting genuine works of art in Animal Crossing: New Horizons.


How To Open The Fine Art Wing

Players will first want to make sure that they have downloaded the most recent update. This update has also introduced Nature Day and the vendor Leif. Players will then want to visit Blathers who will announce that plans are underway to build a fine art wing in the museum. Blathers will task the player with acquiring genuine works of fine art.

Players will then need to wait a day before searching for “Redd”, a wily fox. Redd will offer the player a painting for 500,000 bells. If the player refuses, Redd will decrease the price to 5,000 bells. Players should purchase the painting and donate it to Blathers. Blathers will consequently begin construction of the museum's fine art wing. The museum will reopen after a day of construction and Isabelle will warn the player about purchasing potential forgeries. 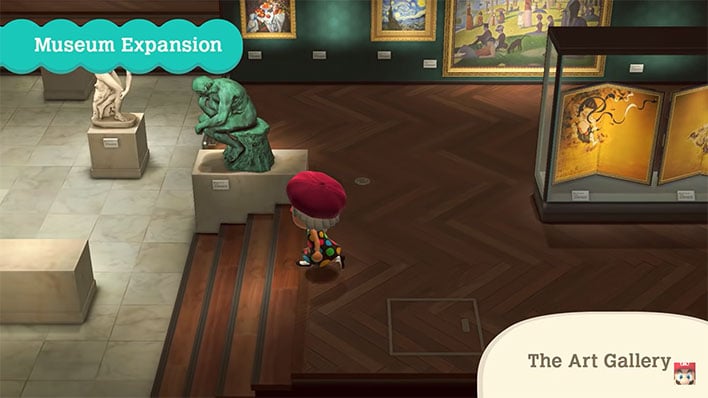 How To Add Fine Art To Your Museum

Players can purchase other items from Redd by visiting his “Treasure Trawler”. This ship includes an art gallery showroom that features four pieces of art (paintings and statues) and two pieces of furniture. There are a few important things to note about visiting Redd’s Treasure Trawler. First, the ship does not appear on the island everyday. Second, players will need a ladder to climb up the ship. Last, players can purchase as many pieces of furniture as their heart desires, but can only purchase one piece of art at a time. Players will therefore want to be extra careful that they are not lured in by a forgery. All of the furniture will be genuine.

How To Spot A Fake

What is the best way to distinguish between a forgery and a genuine work of art? Players will want to chat with the Villagers. The Villagers will tell the player whether a work of art they have recently purchased was a fake. All of the pieces of available art are also based off of real life works of art. The fake works will differ slightly from the originals. Players will want to use the zoom tool to inspect the painting and pull up an image of the real work of art on another device for comparison. 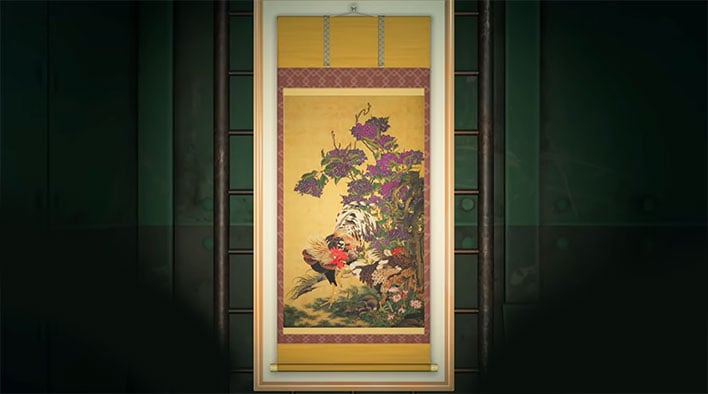 This rendition of "Rooster and Hen with Hydrangeas" by Ito Jakuchu aka "Detailed Painting" is fake.
The flowers in the upper right should be blue and the fake is missing Japanese script on the lefthand side.

Some of the differences are rather subtle, while others are quite comical. For example, a fake rendition of Leonardo da Vinci’s “The Vitruvian Man”, also known as the “Academic Painting” in Animal Crossing will have a coffee stain in the top right corner. Thomas Gainsborough’s “Blue Boy” aka “Basic Painting” will feature some spectacularly blunt bangs. Other fakes are harder to detect. The tree has been removed in Sandro Botticelli’ “Birth of Venus” aka “Moving Painting”. The milkmaid in “The Milkmaid” by Johannes Vermeer is pouring too much milk in Redd’s fake. Of course, it is easy to imagine that some players will actively seek out the fakes to create their own special gallery. However, if you want to fill up your museum, you will definitely want to compare images. You can check out a full guide of potential forgeries here.

There are other ways to enjoy fine art in New Horizons. The J. Paul Getty Museum’ recently released a tool that allows players to add works of art from the museum’s collection to the player’s island. The art can be added to player’s shirts, wallpaper, or island flag. You can find out more information about the Getty’s Animal Crossing Art Generator here.