How To Make Serious Bank On Turnips For 1,000 Bells Each In Animal Crossing

Playing the Stalk Market in Animal Crossing: New Horizons is never a sure thing. Some weeks, you buy as high as 120 bells a piece from Daisy, only to sell them to the Nook Boys on Saturday afternoon for a measly 60 bells a pop. Other weeks, players can make serious bank not just by selling at high prices, but by opening up their island to visitors. However, thanks to a partnership between Nintendo and Ally Bank, that money is guaranteed to rock your ACNH world.

Ally Bank and Nintendo put together a sponsored island with a set, guaranteed price of 1,000 bells per turnip. Obviously, since it's Sunday, the Nook's Cranny there is not buying turnips, but it can be accessed via Turnip Exchange between 5:00 PM and 11:00 PM Eastern on weekdays and 12:00 PM and 6:00 PM Eastern on weekends until November 6. However, the turnip prices are only valid until this coming Tuesday, October 27. We hope you've found Daisy and stocked up on turnips this week. 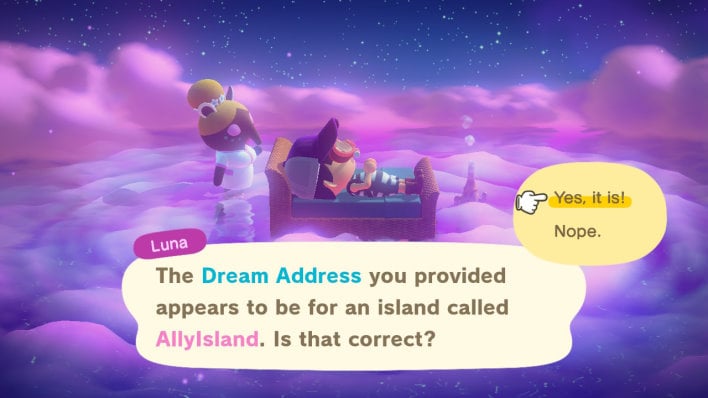 Long queue got you down? Ally Island is open to dreaming visitors who want to explore instead of sell.

Fortunately, Ally Island has more going on than just high turnip payouts, and nobody needs to wait in a queue to see the island. To get there now, for instance, just put on some PJs and lay down for a nap. As part of the August update, a tapir named Luna will connect players to dream islands. The only way to get to a specific island is with a Dream Code. Ally Island is accessible with Dream Code DA-9350-9609-6289 as posted on Dreams.to. Since accessing a Dream Island requires empty pockets, there's no way to take turnips there to sell except by flying. 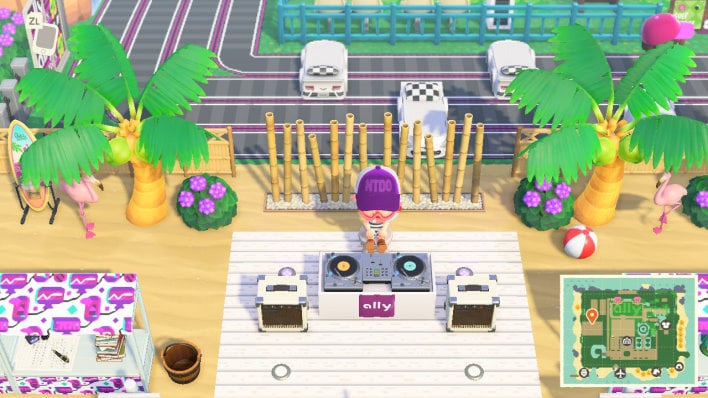 Ally has set up a series of themed lounges, a race track, furnished beaches, and a plot full of bags of 99,000 bells. Unfortunately, stuffing our pockets with free money in our dreams did not result in a fistful of bells in our pockets when we woke up. To really get in on the action, you'll need to grab that day's Dodo Code from the Turnip Exchange by hopping into the queue, just like any other island.

If the queue depths are just too long to get to the island to sell turnips, don't fret. There are still plenty of ways to make some fast bank with turnips. Check out our guide to the Stalk Market, as all of those tips are evergreen and don't change with the seasons. Then you're free to take a nice leisurely stroll without all the interruptions, if only in your dreams.