Easter is just a week away and Nintendo has already released an Easter-inspired event in Animal Crossing: New Horizons. The “Bunny Day” event unsurprisingly features eggs that can be used to craft items. However, like many items in the game, the eggs are not always easy to find. Here is how to hunt down and find the various Bunny Day eggs and what you can craft with them in Animal Crossing: New Horizons.

Players will first need to make sure that they have downloaded Version 1.1.1 of the game. Players will also want to check that their profile is linked to their Nintendo Account and that they start the game while connected to the Internet. Nintendo notes that “You’ll know it worked when your game says that it’s Version 1.1.1a.” After the player has downloaded the latest update, either Tom Nook or Isabelle will mention Bunny Day in their daily announcements. Players will then need to find Zipper T. Bunny, a character dressed in a yellow rabbit suit. Zipper T. Bunny will be on the player’s island, but may be in a strange location. Some players have reported that they have found them behind trees or buildings.


Various Bunny Day Egg Types And How To Find Them

Animal Crossing: New Horizons' own Zipper T. Bunny will ask you to find six different eggs that they have hidden on your island-- earth, stone, leaf, wood, sky, and water. Leaf eggs are the easiest egg to find. Players will need to merely shake a tree that is growing eggs. Earth eggs can be found by digging up cracks in the ground, while stone eggs will appear when the player hits rocks. Stone eggs reportedly appear more frequently on Mystery Island Tours.

Wood eggs can be acquired by hitting a tree with your axe and spawn more frequently from coconut trees. Water eggs can be fished and will appear in the same shape as the usual fish shadow. The hardest egg to acquire is the sky eggs. Sky eggs can only be obtained by shooting a colorful, striped balloon from the sky. 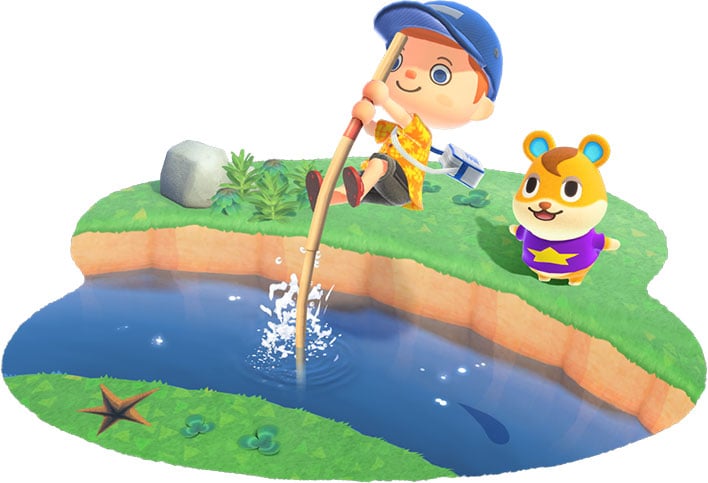 These eggs can be used to craft a wide variety of special event items. These items include themed decorations, furniture, and clothing. The recipes for these items are hidden throughout your island. Zipper T. Bunny will give the player the recipe for a Bunny Day bed, but players will need to get the remaining recipes by finding messages in a bottle, collecting multiple eggs of the same kind, shooting themed balloons, and chatting with the villagers. It has also been revealed that Zipper T. Bunny will hide more recipes as the event goes on. Zipper T. Bunny will reward the player with a surprise if the player manages to craft all of the Bunny Day items by April 12th.

The Bunny Day event is currently available now and will last until Sunday, April 12th. Are you more interested in making an in-game profit than seasonal events? You can check out our guides for farming tarantulas and reselling turnips in Animal Crossing: New Horizons.