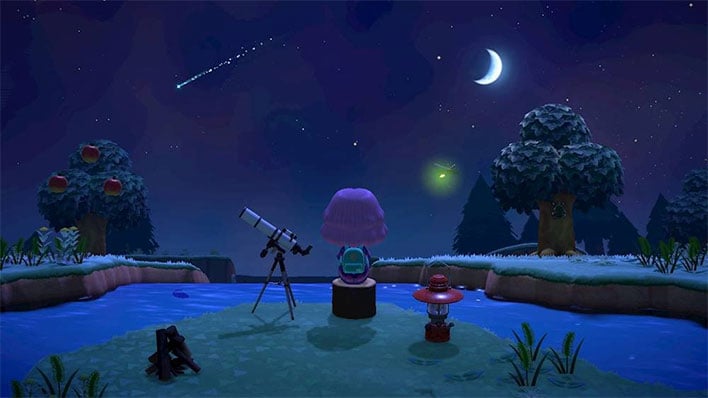 Nintendo has another hit on its hands with Animal Crossing: New Horizons for the Switch. The game is proving a fun distraction from real world events, notably the Coronavirus pandemic, though it has been unofficially banned from China's e-commerce platforms after a Hong Kong activist used the game as a means of protest.
Animal Crossing: New Horizons is a real-time simulation in which the player assumes the role of a character who relocates to a deserted island after purchasing a deserted island package from Tom Nook. The player can decorate their island and invite others to visit. It's a simple premise, and one that has been resonating with gamers.
So, what's the problem in China? Hong Kong activist Joshua Wong seemingly riled up the Chinese government after posting a picture of his island to Twitter that showed it decorated with a banner reading, "Free Hong Kong, revolution now."
Wong also posted pictures of his island decorated with portraits of Chinese President Xi Jinping and World Health Organization director-general Tedros Adhanom Ghebreyesus at a funeral with a sign that read, "Wuhan pneumonia."
Animal Crossing: New Horizons has not actually been launched in China, though Nintendo did partner with Tencent to release its Switch console in China. However, players in China can only access multiplayer connections on foreign editions on the gray market, through platforms such as Pinduoduo and Taobao.
Searches for Animal Crossing: New Horizon's now come up blank on both platforms. It's not clear if the unofficial ban is by order of the Chinese government, or a voluntary move. Either way, it is no longer available. It also remains to be seen if Nintendo and Tencent will still port a custom version to the Chinese market.