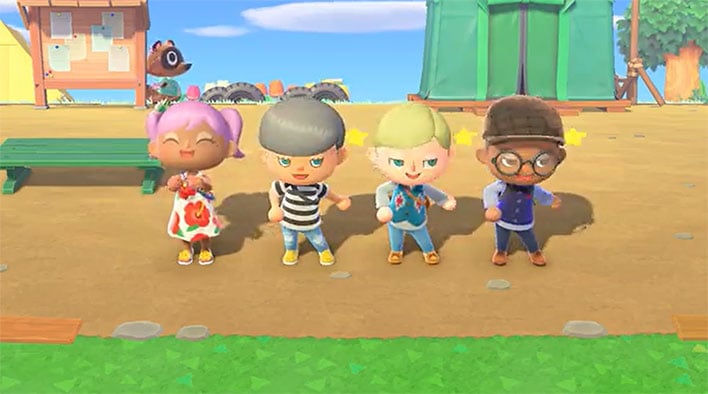 Animal Crossing: New Horizons has provided players a way to connect with friends during the current health crisis. Players can visit each other’s islands and send notes and gifts to their friends. One player recently uncovered a glitch that manipulates the game’s mailing system. This Animal Crossing glitch allows players to duplicate any item that can be sent to a friend.

YouTuber Do Whatever Games discovered the glitch and posted a video on their channel. Players who want to exploit this glitch will need to have two or more other players registered on their island. Players will then need to follow a particular set of steps if they would like to duplicate items.

First, the player will want to send an item to the other residents in the mail. Second, the player will then need to call the resident through the Call Resident app on their NookPhone. The Call Resident app essentially allows for co-op multiplayer on the same system or “couch co-op”. The app will essentially summon your other character to your side. You will then need to make your other resident the “leader”. They can then open up their mail and drop the items on the ground.


The player will then want to immediately call a different resident with the Call Resident App. Once your second resident has arrived, you should end the session. The items should then still be on the ground and in the mail recipient’s mailbox. You can repeat this process multiple times.

There are a few things to note. First, this trick will not work in other forms of multiplayer. The other player (or your other character) must be a resident on your island. Second, you will want to move as quickly as possible. A movable mailbox could help in this scenario. Last, although you can mail as many items as you would like, it best to mail between 1-3 items in this situation. The greater the number of items, the less likely this glitch is to work. Last but not least, this glitch will likely be patched soon. You will want to act fast if you would like to take advantage of this glitch.

Are you currently updating the fine art wing of your museum? You can check out our guide to collecting art in Animal Crossing: New Horizons here.