3DMark is a synthetic GPU benchmark for assessing graphics performance. It supports both DirectX 11 and DirectX 12, depending on the test being run, which makes it handy for evaluating GPUs of various performance levels. Time Spy is 3DMark's DirectX 12 test. This test also has multiple presets, but the standard Time Spy stresses even a fast gaming desktop pretty heavily on its own, so that's what we stuck with here. 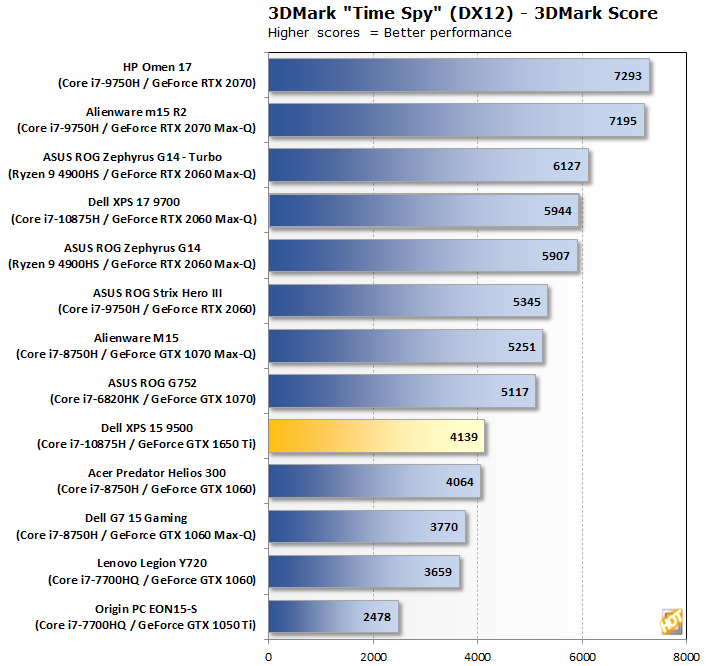 The mobile GeForce GTX 1650 Ti GPU onboard the XPS 15 9500 is not a Max-Q variant, so in theory, we should get the full performance potential out of the part. Where this gets a little tricky is in the lack of systems we have tested with Turing-based GTX GPUs. However, we see the XPS 15 9500 running circles around Origin PC's older EON15-S configuration with a previous generation GeForce GTX 1050 Ti. Good stuff, especially since the EON15-S is a full-fledged gaming notebook.


Middle Earth: Shadow of War is a fun and and beautiful title set in Tolkien's Lord of the Rings universe. To test the game's performance relative to other systems, we set the resolution to 1920x1080 and turned the visuals up to the High preset. The frame rates here are the average reported by the built-in benchmark. 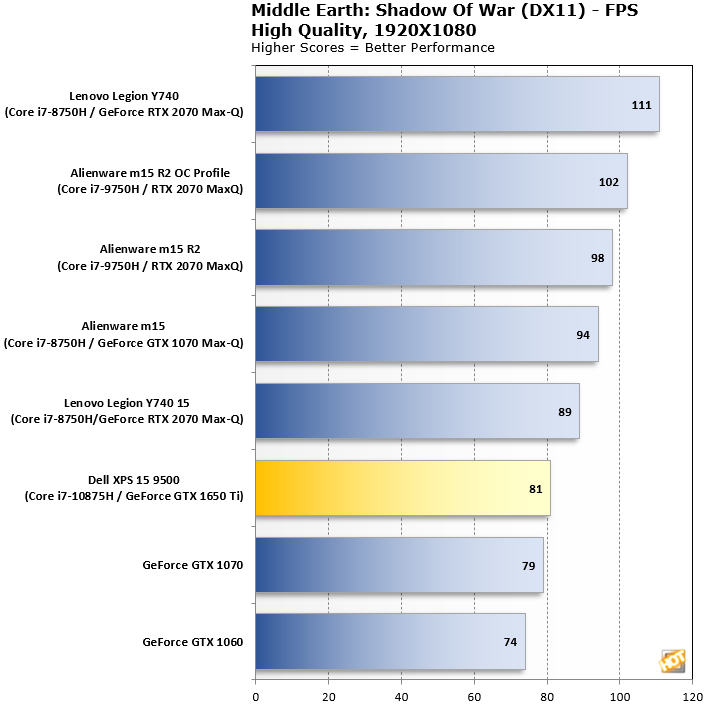 The Dell XPS 15 lands towards the bottom of the graph, but again, it is because the bulk of laptops we have tested with discrete GPUs have been models with higher end options. NVIDIA's GeForce GTX 1650 Ti is fast enough to play games like Middle-Earth: Shadow of War at high settings and maintain framerates well north of 60 frames per second, but of course will be outpaced by GeForce RTX GPUs and much beefier gaming laptops.


The finale in the rebooted Tomb Raider trilogy, Shadow of the Tomb Raider is easily the best-looking of the bunch. It is also brimming with Tobii eye-tracking hardware support, and leading-edge graphics technologies. To test this game out, we turned the visuals up to High and tested at the Full HD resolution of 1920x1080. 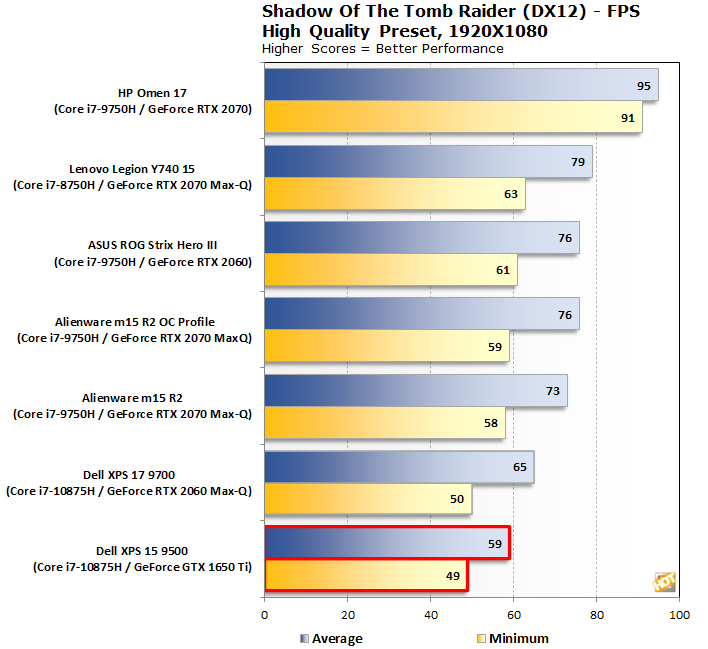 Shadow of the Tomb Raider underscores the same reality, though impressively enough, the XPS 15 9500 came in only a few frames per second below the XPS 17 9700.
Gears 5 was one of the fall blockbusters we had a chance to dig deeply into, and on top of looking great, it's a blast to play. Because of the relative newness of the game, we have mixed a small number of laptops results with those obtained from our mid-range desktop graphics shootout, which ran on a Core i5-9600K, to flesh things out. We used the High preset at 1920x1080. 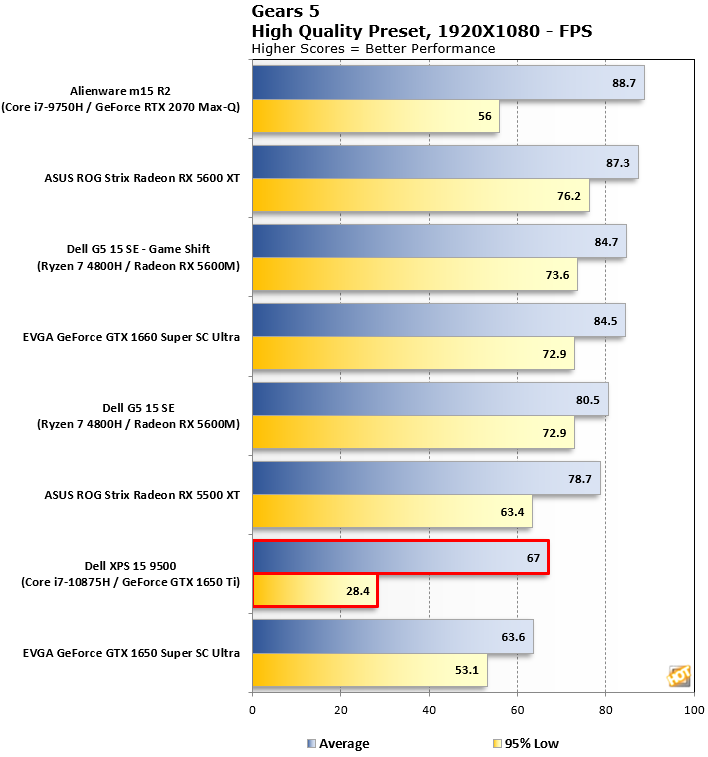 The XPS 15 9500 caps off our run of gaming benchmarks with another expected result. Gears 5 is another game that this laptop can play with relative comfort, averaging around 67 frames per second. Not bad, considering this laptop is not built specifically for gaming.