Here is a little fun fact about technology journalism—the Consumer Electronics Show is typically the busiest time of the year for tech writers, while April Fool's Day is the most challenging. Why the latter? Gag announcement abounds, and in the wild world of technology, it's not always easy to separate the silliness from the real stuff. Case in point—is NVIDIA giving its add-in board (AIB) partners the green light to outfit GeForce GTX 1650 graphics cards with GDDR6 memory instead of GDDR5? It sure seems that way.
There have been multiple leaks and rumors suggesting as much, and as April Fool's Day has rolled into view, some retailer listings highlighting a pair of upgraded models from Gigabyte have come into view. One is a regular sized GeForce GTX 1650 Windforce OC (GV-N1656WF2OC-4GD) and the other is a shortened, single-fan GeForce GTX 1650 OC (GV-N1656OC-4GD). 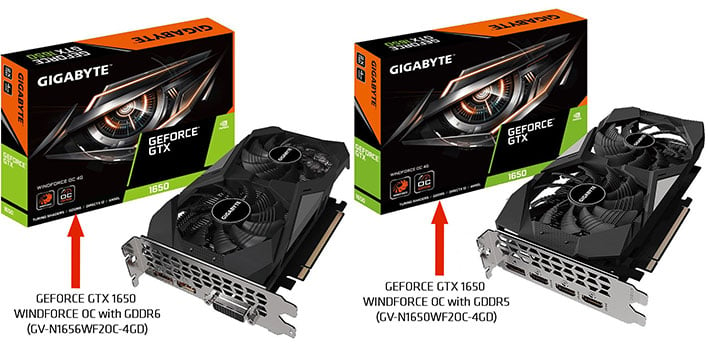 According to Videocardz, these are legitimate listings. The site also points out that the GDDR6 and GDDR5 variants are almost indistinguishable in terms of the packaging—the graphics and overall design of the retail boxes are the same, but if you are able to look close, one lists GDDR6 and the other lists GDDR5.
The cards themselves are apparently slightly different in design, which you would not find out until opening the box. Boost clocks might be different as well. I can't find a product listing for either of the GDDR6 models on Gigabyte's website, and the retailer listings do not provide fine grain details either. Here's a look at the retailer listings, though... 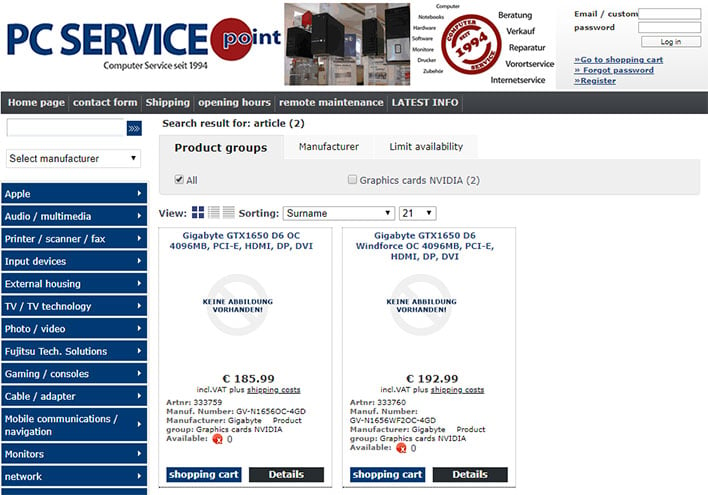 The GeForce GTX 1650 launched with 4GB of GDDR5 memory clocked at 8Gbps on a 128-bit bus. That gave it a memory bandwidth of 128GB/s. If the upgraded GDDR6 models bump the speed up to 12Gbps, as has been rumored, memory bandwidth would increase to 192Gbps. That is a 50 percent jump.
We'll have to wait and see how pricing shakes out across the board. As it pertains to the listing above, the prices on the GDDR6 models are roughly the same as the GDDR5 versions at the same retailer.