With all of our synthetic testing out of the way, this is where the rubber meets the road for gaming laptops—actual games. The ASUS ROG Strix Hero III is built for this very thing, with the combination of a Core i7-9750H processor and GeForce RTX 2060 GPU. Here's how things shook out... 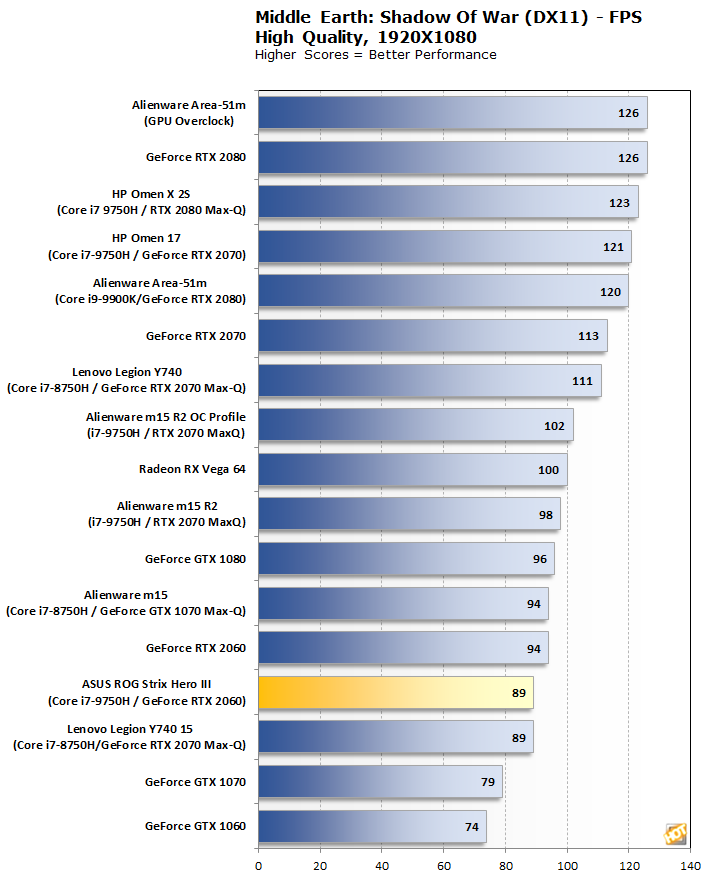 We also sprinkled in some desktop GPU averages, just to flesh things out. These scores are also relevant because the GeForce RTX 2060 inside the ROG Strix Hero III is not a Max-Q variant, but a full 2060. At 1920x1080 with the settings at High, the ROG Strix Hero III averaged 89 frames per second. That puts it towards the lower end of the graph, though only because most of the other systems we have tested have been armed with higher end GPUs. The performance we saw here is on par with our expectations.

The finale in the rebooted Tomb Raider trilogy, Shadow of the Tomb Raider is easily the best-looking of the bunch. It's also brimming with Tobii eye-tracking hardware support, which we discussed earlier. To test this game out, we again turned the visuals up to High and tested at the full-HD resolution of 1920x1080. 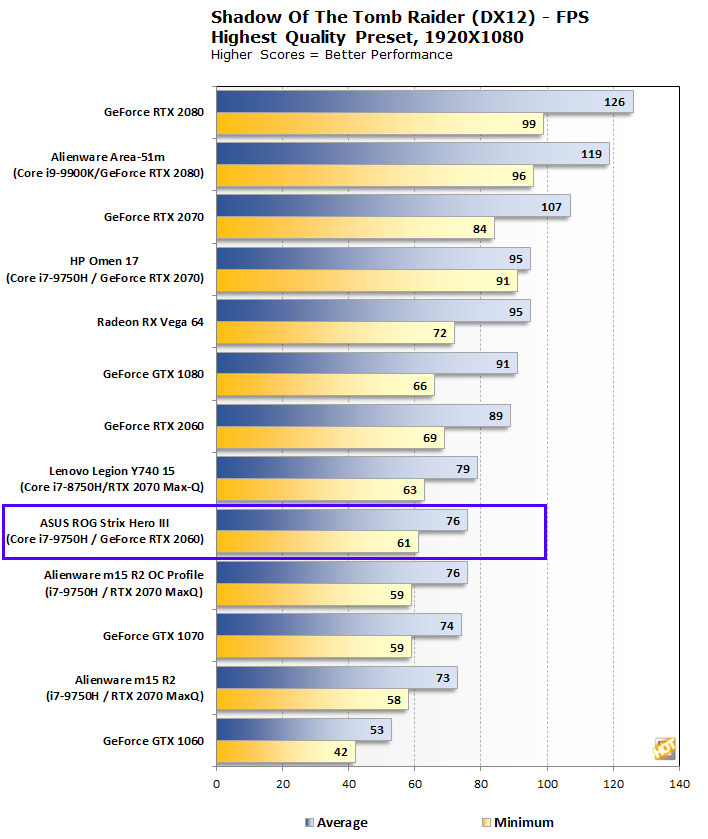 
Far Cry 5 takes the franchise to Montana with lush environments and incredible graphics fidelity. We ran the Omen 17 through the built-in benchmarks with Ultra Quality settings. 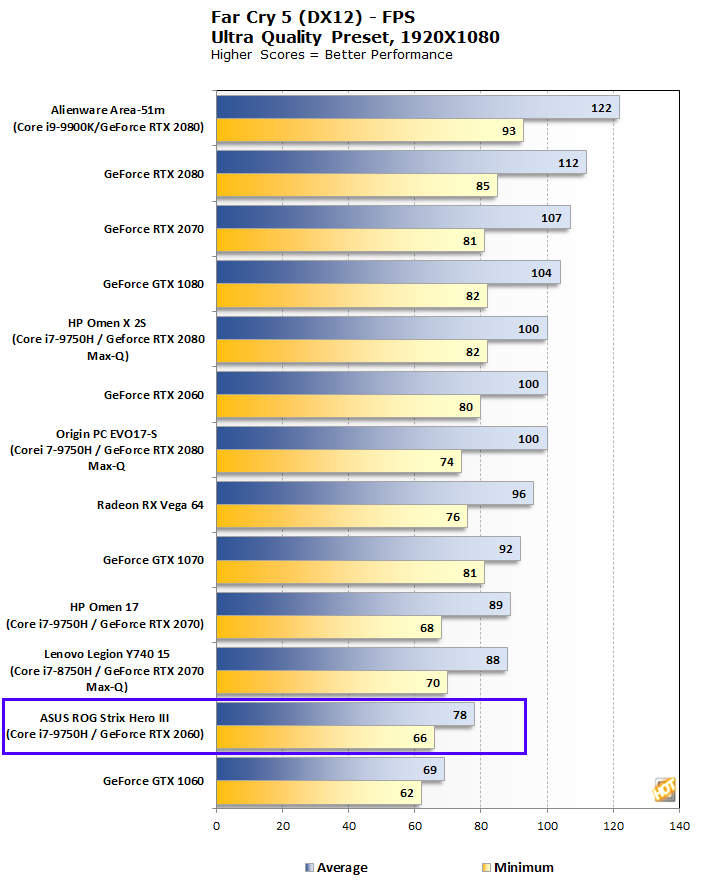 The same story played out in Far Cry 5, with the ROG Strix Hero III landing about where we would expect it to, based on the CPU and GPU combination. That also means another lower placement on our graph, simple because the majority of systems we have tested were equipped with higher tier GPUs.
Averaging 78 fps at 1080p with the graphics settings on Ultra means the action is smooth. At the same time, these benchmarks indicate that a GeForce RTX 2060 is not quite stout enough to really push a 144Hz display in more demanding games with the graphics settings cranked up. That is even true for a GeForce RTX 2080, though, as seen by the averages obtained on an HP Omen X 2S (100 fps) and Alienware Area-51m (122 fps).