We tested the ASUS ROG Strix Hero III as it shipped to ensure we get the same out-of-box experience as your average gamer (save for uninstalling McAfee), with the latest driver updates installed. Many variables can affect performance, so our comparisons should serve as a reference point. Our benchmarking kicks off with storage, CPU, and game tests to get an idea how the laptop performs in everyday tasks and gaming. 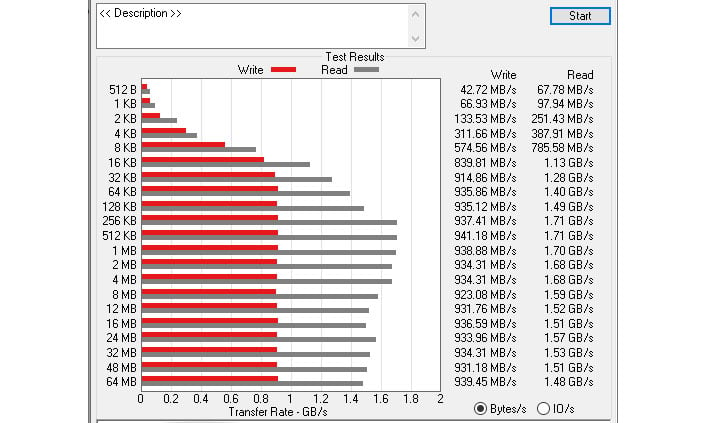 When we ran the ATTO benchmark, the 512GB SSD performed pretty much in line with its rated specifications, and even slightly better, at least in sequential reads—it peaked at 1.71GB/s for reads, and just over 941MB/s for writes. 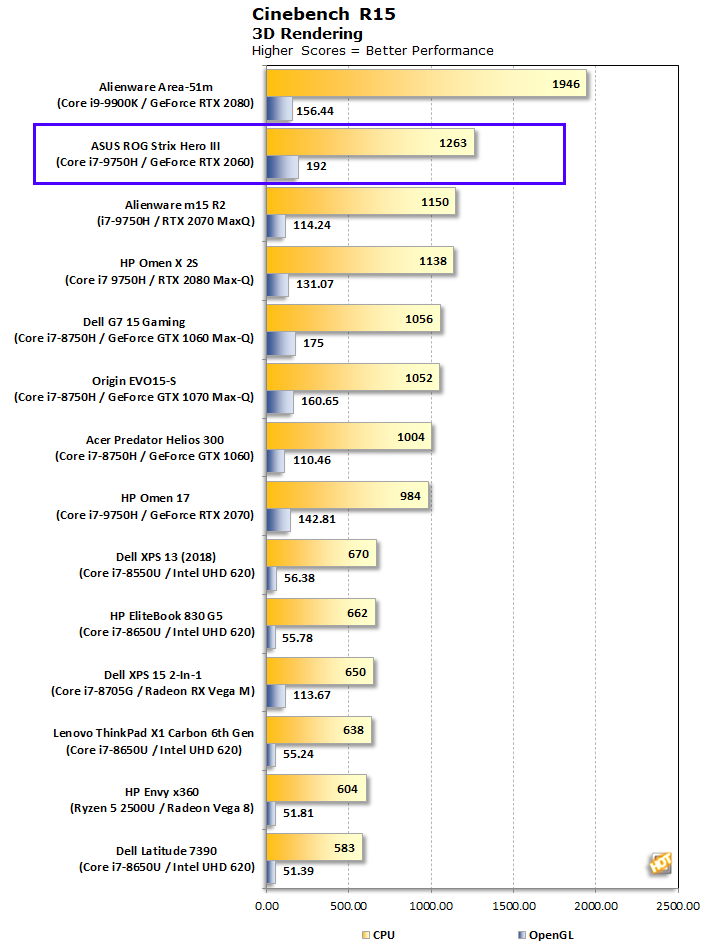 In the Cinebench R15 benchmark, the ROG Strix Hero III posted a CPU score of  of 1,263 and a OpenGL score of 192. Out of our collection of scores for gaming laptops, the OpenGL score is the highest of the bunch, and the CPU score is only bested the Alienware Area-51m, which is running a Core i9-9900K desktop processor.
This is a good showing for the Core i7-9750H processor. The same processor is found in the Alienware m15 R2 and HP Omen X 2S, both of which scored lower than the ROG Strix Hero III. 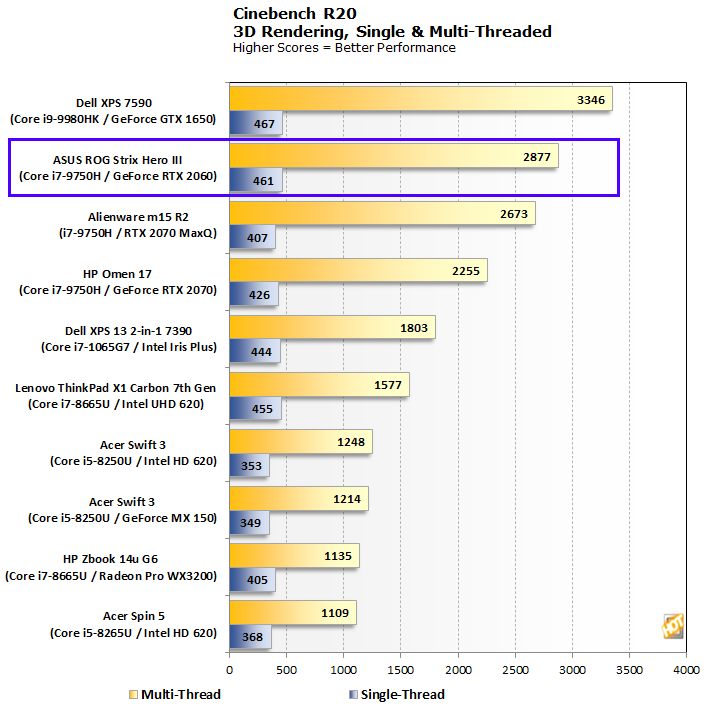 Cinebench R20 is a newer version of the benchmark (which is also based on an actual 3D rendering application), and yet again we see the ROG Strix Hero III flexing among the competition. Its single-score score of 461 is second only to the Dell XPS 7590 with a Core i9-9980HK processor, and the same goes for its multi-core score of 2,877.
What these benchmarks tell us is that the cooling scheme is working in the ROG Strix Hero III. If it wasn't, the system would post scores lower than the other laptops with the same processor inside, as it would not be able to maintain turbo clocks for as long as those other systems. 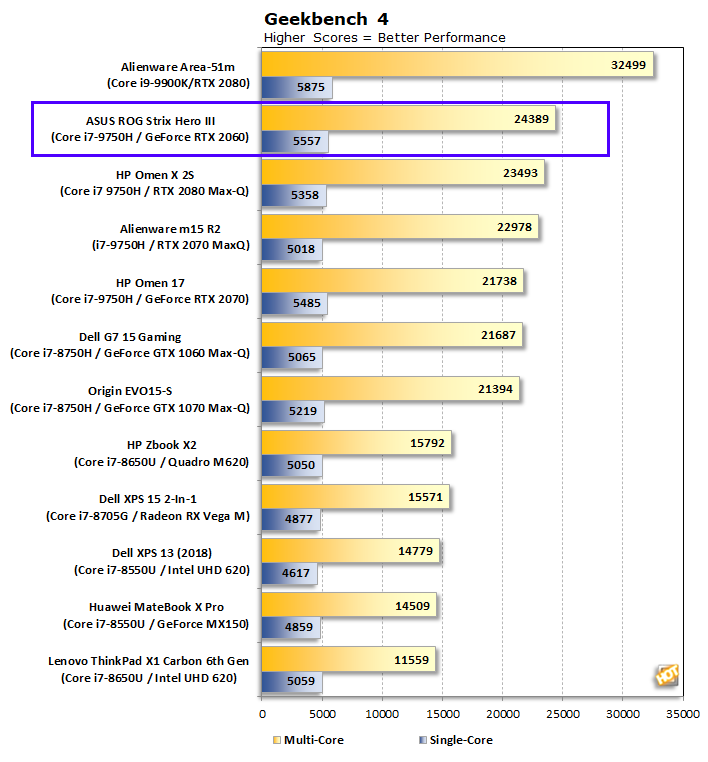 The Geekbench 4 benchmark provides an another opportunity for the ROG Strix Hero III to showcase the Core i7-9750H processor, and the laptop's ability to squeeze more out of it than competing gaming notebooks. Once again, it was able to scoot past other gaming laptops with the same processor inside.
PREV PAGE NEXT PAGE