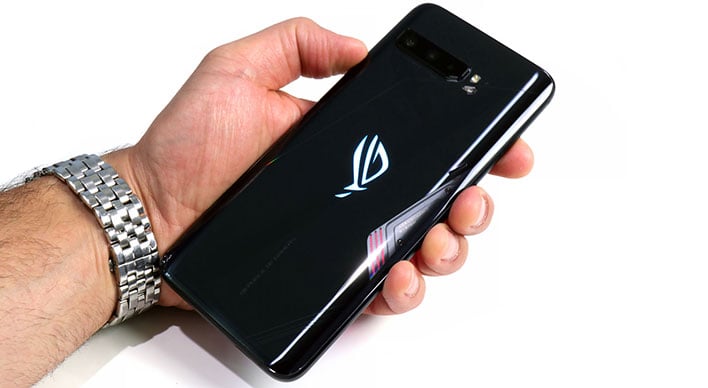 Since its inception, ASUS has gone the extra mile to bill the ROG Phone as a gaming-first smartphone, and not simply another high-end handset with a flagship processor and fast refresh rate. Now in its third iteration, the ROG Phone 3 takes what we liked about the previous two models and improves upon the brand's gaming-oriented features, to enhance the experience even further. And yes, it's also delightfully fast, armed with a Qualcomm Snapdragon 865 Plus 5G SoC that ASUS claims gives the ROG Phone 3 a double-digit (10 percent) performance advantage over top-shelf phones rocking a regular Snapdragon 865. As such, this handset is not only quick on the draw, it is the speediest Android handset we have ever tested. Period.

Benchmarks only tell part of the story, though. Don't worry, we will get to those as well, but what really cements the ROG Phone 3 as a bonafide gaming handset is a combination of unique features, intelligent software controls aimed at facilitating a better gaming experience than what a typical flagship smartphone offers, and a mini-ecosystem of add-ons and accessories. In short, the ROG (Republic of Gamers) label is a meaningful designation here, not just a ploy to sell a high-end phone on a reputation built in the PC space and gamer-oriented bling alone. In other words, ASUS is not riding its own coattails here, throwing ROG around just for effect. 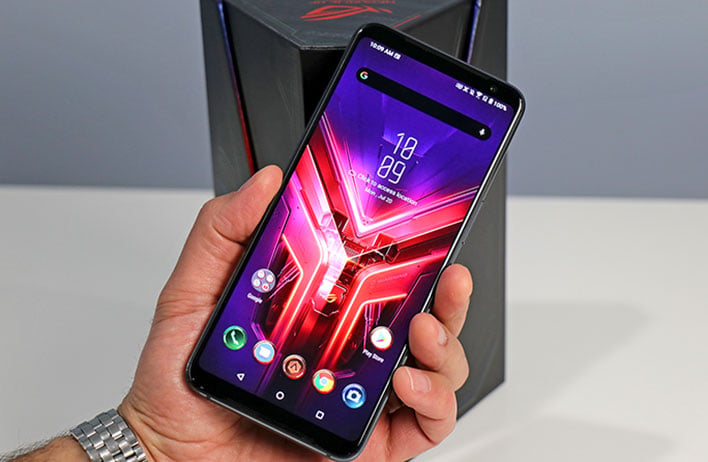 That is not to say there are no flaws or caveats. Every phone has those, as does the ROG Phone 3. But overall, we are impressed with this handset. For general use or playing games, the ROG Phone serves up a sizable 6.59-inch AMOLED display with a 2340x1080 resolution, which works out to 391 pixels per inch. It also rocks a silky smooth 144Hz refresh rate to allow the specially-binned Snapdragon 865 Plus to flex its muscles in gaming. We also confirmed the discovery of a hidden 160Hz refresh rate option, which takes some finagling to enable. It seems ASUS is at least testing the higher refresh rate, perhaps to unlock through a future over-the-air (OTA) software update (if testing goes well, that is). We'll have to wait and see.

Indeed, high refresh are staples of gaming phones, a small but growing category. This has begun to trickle into the traditional flagship space as well, with 'regular' phones pushing increasingly faster refresh rates, up to 120Hz. Outside of gaming, this can result in smoother scrolling and playback. But the ROG Phone 3 is one of just a very small number of phones to crank the dial all the way to 144Hz (Nubia and iQoo both have a couple of handsets that do as well, like the RedMagic 5G), and the only one we know of that is experimenting with a 160Hz setting.

Speed does not come at the expense of visual clarity, either. The ROG Phone 3 is equipped with a bright and vibrant AMOLED screen that is capable of hitting a 1,000 nits brightness level at peak, which is great for HDR (it's HDR10 and HDR10+ certified). All kinds of content looks wonderful on this phone, from high resolution photos and videos, to fast moving games. And that is to be expected, given the greater than 113 percent coverage of the DCI-P3 color space, and 153.7 percent sRGB color gamut coverage, as rated. Visual clarity here is on the upper end of the spectrum. We also had no trouble viewing content in direct sunlight.

While it is one of the better looking displays we have seen on a phone, it does not quite deliver an all-screen viewing experience. Like last year's ROG Phone 2, this latest model serves up bezels on the top and bottom of the display, in part to facilitate gaming in landscape mode. They are relatively thin, but they make for a taller phone than it might otherwise be. We did not find this bothersome, but if you have grown accustomed to all-screen displays, this is a step in the opposite direction. 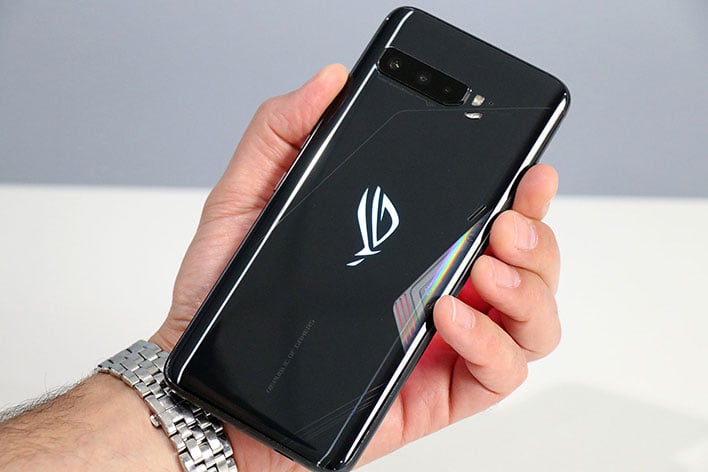 At least for now, ASUS is offering a single color option on the ROG Phone 3, called Black Glare. It is a glossy black finish similar to the ROG Phone 2, without a separate matte black option this time around. The ROG design language, while not identical, is also very similar to last year's model, complete with a glowing RGB logo on the backside. However, the ROG Phone 3 gets rid of the 3.5mm headphone jack that its predecessor had, and instead comes with a USB-C to 3.5mm dongle. It also lacks any IP-rated water or dust protection, so you'll want to be careful of where and when you whip this thing out.

Let's have a look at some of the other key specifications before continuing...

There is no mention of pricing yet, which will vary by configuration. For the regular ROG Phone 3, ASUS is offering two models, one with 16GB of LPDDR5 RAM and one with 12GB of LPDDR5 RAM. There is also a (presumably cheaper) ROG Phone 3 Strix Edition in the works that will pair a standard Snapdragon 865 SoC with "up to 8GB" of LPDDR5 memory and 256GB of onboard storage.
The non-Strix model we received sports 16GB of RAM and 512GB of UFS 3.1 storage (the highest end configuration). There are gaming PCs out there with less of each, to put those impressive specs into perspective. While off-contract pricing has not yet been announced, we would be surprised if the regular ROG Phone started anywhere south of $999, with the 16GB model commanding more.

ASUS ROG Phone 3 Accessories, In And Out Of The Box

Smartphones do not often come with a bunch goodies in the box, though the ROG Phone 3 offers a little bit more than most. Have a look... 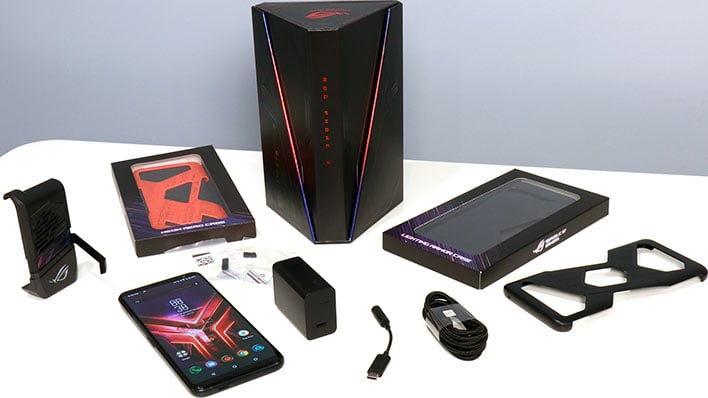 In addition to the phone itself, you will find a 30W power adapter with support for Qualcomm's Quick Charge 4.0 technology to juice up the massive 6,000 mAh battery, a long USB-C cable that is braided (nifty!), and a USB-C to 3.5mm dongle.

There are a few amenities as well. You get some stickers, a few rubber inserts to plug into the dual USB-C ports on the left side of the phone and the USB-C port on the bottom, a thin plastic bumper (does not offer a lot of protection, really), and a revised AeroActive Cooler 3 accessory. 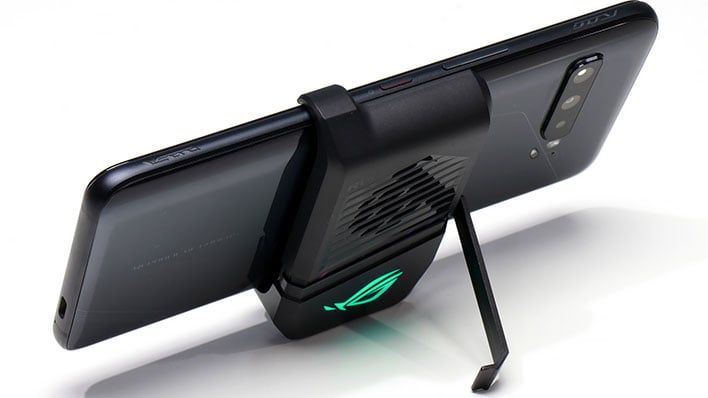 The clip-on cooler slots into the dual USB-C ports on the side and snaps into place, to provide a bit of active airflow to the ROG Phone 3. According to ASUS, this can reduce surface temps by up to 4C, with airflow focused around the CPU and 5G chip. This also comes with the added bonus of a 3.5mm audio jack, as well as a USB-C port so you can keep the phone plugged in without using the bottom USB-C port (which would be a cumbersome thing to do when gaming in landscape mode). So yes, you can actually use a set of headphones that plug into a 3.5mm jack without busting out the dongle, if you're willing to use the cooler attachment instead.

There are a couple of subtle refinements to the revised cooler. For one, there's a slot on the underside to store the removable rubber insert, so you don't lose it. And secondly, ASUS added a kickstand to prop up the phone to watch videos or livestreams, or to play games with a wireless controller. Pretty slick. Of course, it's a bit cumbersome to carry around a clip-on gadget, though for gaming at home, it's neat to have on hand. 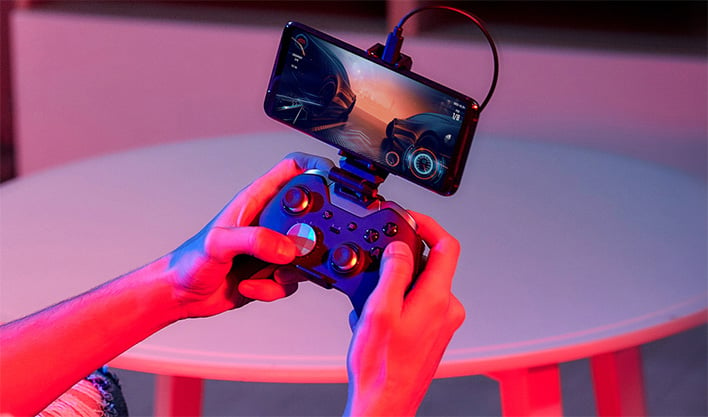 Outside of the included accessories, ASUS offers up a range of add-ons, including a gamepad, a mobile desktop dock, an upgraded "TwinView" dock that adds a second 144Hz display to the equation for dual-screen gaming, some fancy cases that light up with the ROG logo, and a custom clip to lock the phone onto an external controller (as shown above), like the Xbox wireless or Stadia controller. These all add to the cost of entry, but if you are a hardcore gamer and prefer to play on your phone, it's nice to see ASUS offer these kinds of things.

Remember those bezels we talked about? ASUS said it made more sense to go that route as opposed to an all-screen design because it offers a better grip for gaming in landscape mode, though that is not the only reason. The added vertical real estate meant ASUS could shoehorn a larger capacity battery into the phone—a whopping 6,000 mAh in this case—as well as use bigger, front-firing speakers. 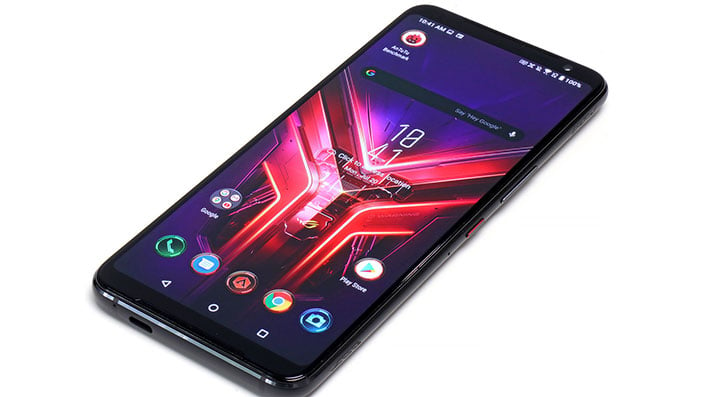 ASUS also argues that traditional bezels give the ROG Phone 3 a cleaner look, compared to implementing a camera notch or punch-hole. Some people will agree with that assessment, others won't. Either way, this is a relatively big and heavy phone, measuring 6.37 x 3.07 x 0.39 inches and weighing just over half a pound (pick your measurement—0.53 pounds / 240 grams / 8.47 ounces). For comparison, the iPhone 11 Pro Max weighs 7.97 ounces and Samsung's Galaxy S20 Ultra 5G checks in at 7.76 ounces.
Those front-firing speakers, by the way, are excellent. There is enough volume to fill a room, and the sound clarity is a cut above most smartphones, with even a little bit of bass response. You will still want a good set of headphones to get the most out of music playback and gaming effects, but even without a set of earbuds, the ROG Phone 3 pumps out some impressive sound. For a phone.

The first two selfies were both taken indoors. Neither one had the benefit of good lighting, but the photo in the middle was intentionally taken in one of the darkest areas of the house. What we observe here is the ROG Phone 3 doing an overall good job in poor lighting, but also overcompensating. In the first selfie, the image is a little washed out, while the darker selfie mutes things a bit, and could be brighter.
For the outdoor shot, the lighting was much better and we get a more vibrant image, albeit a bit over-saturated. These are all relative nitpicks, though—it is unreasonable to expect a smartphone camera to produce flawless pictures without care taken to ensure proper lighting, and shifting away from auto settings (we left everything on auto for this photo shoot).
Now let's switch our focus to the rear cameras... 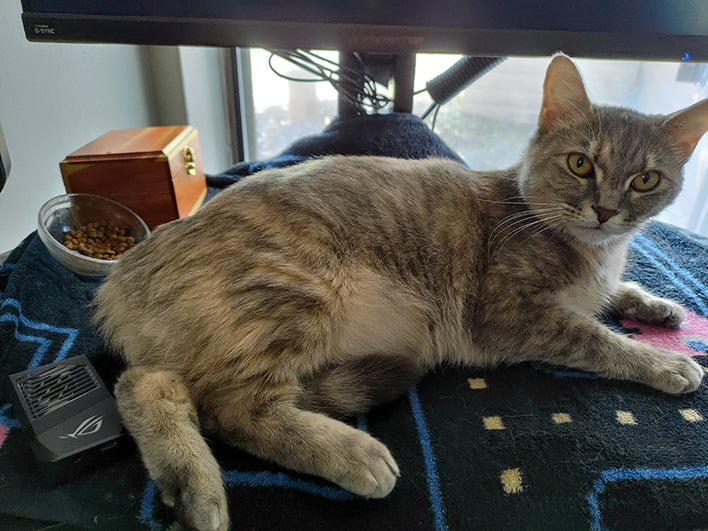 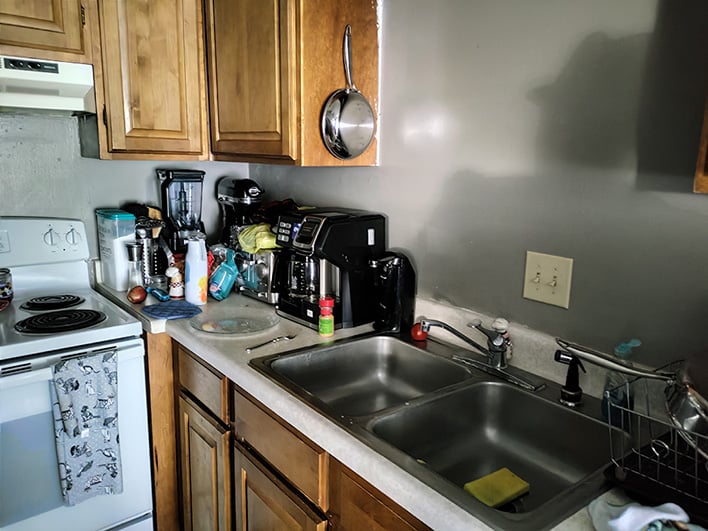 The rear cameras do a better job filling in the appropriate amount of light in dark areas, while maintaining reasonably accurate colors. In the top photo, our test subject, a feline named Pixel, looks pretty much the way she does in the photo. The ROG Phone 3 did a good job of capturing the different shades of brown in her fur, and those 'I want to maul you' pupils.
In the second photo, the phone also did a decent job of picking up details in a darkened kitchen environment. Here again, despite the lack of proper lighting, we're seeing true-to-life colors for the most part. 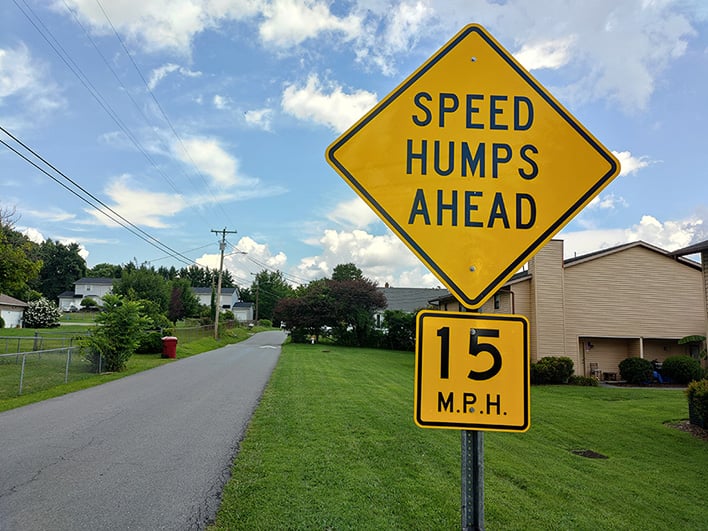 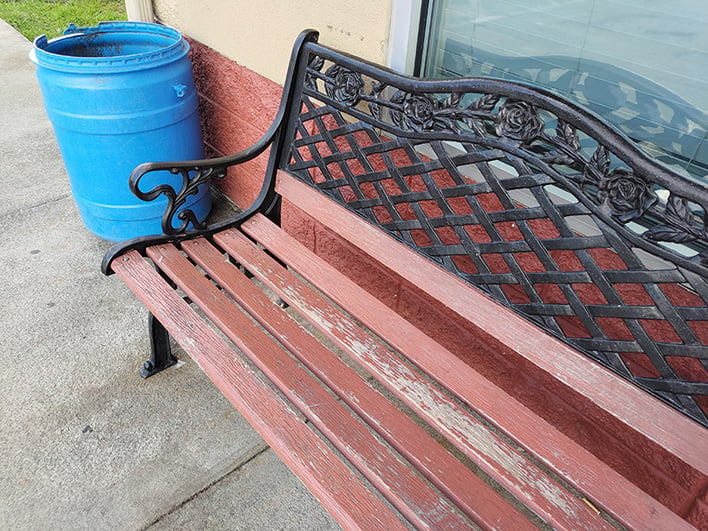 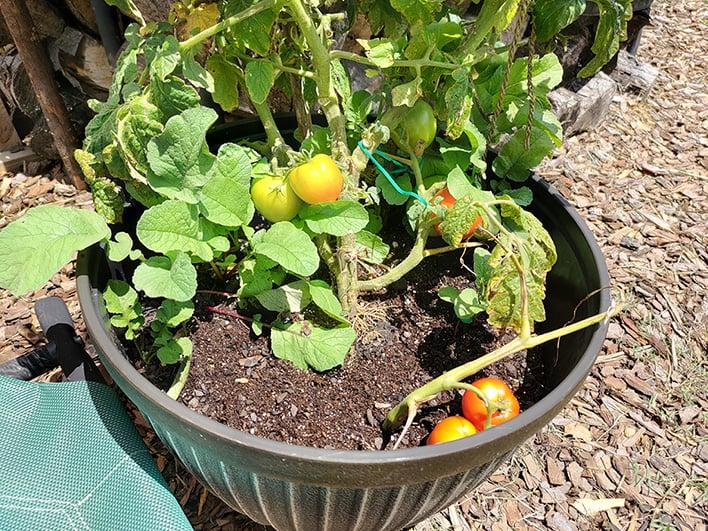 For our outdoor shots, the weather provided a unique mix of sunlight and overcast clouds, depending on where we stood. In both instances, the ROG Phone 3 took some nice looking photos. It really excels in overcast spots, like the bench photo, where there is enough light to produce an accurate photo, but not so much that the camera algorithm tweaks the colors too far in one direction or the other.
Overall, the ROG Phone 3 is certainly capable of taking serviceable photos, just not what we would consider best in class.