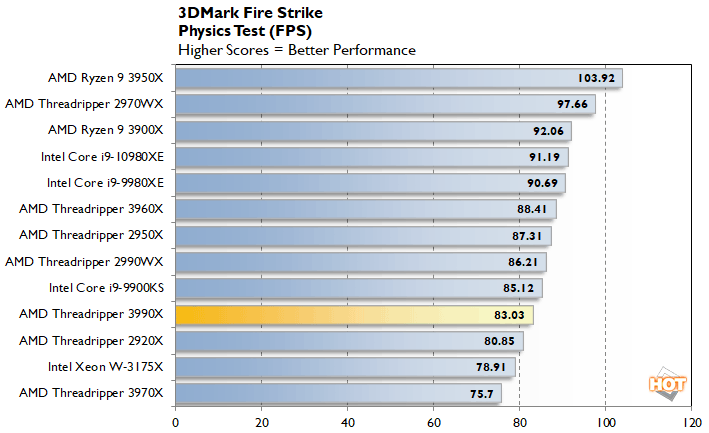 The 3DMark Physics CPU benchmark is multi-threaded, but doesn't scale very well past 16 core / 32 threads, and is affected by cache and memory performance. Here, the Ryzen Threadripper 3990X drops in behind some previous-gen, lower-core-count parts.

We also ran some high-resolution game and graphics tests on our test rigs with 3DMark, Middle Earth: Shadow Of War, and Rise Of The Tomb Raider. We used 3DMark's Fire Strike Extreme preset, and both of the games were run in two different configurations -- either 1080p with Medium details, or 4K with High/Very High details. The lower resolution tests are more CPU bound, while the higher resolution tests are more GPU bound. 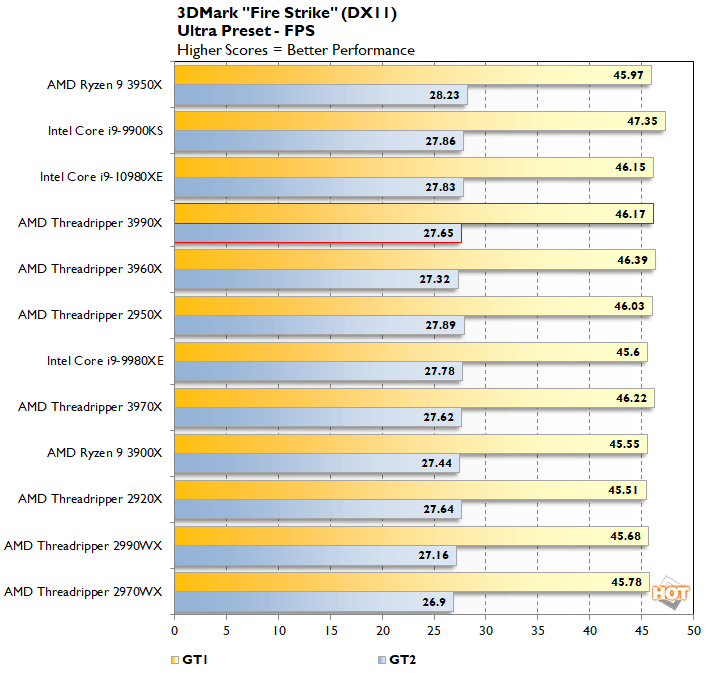 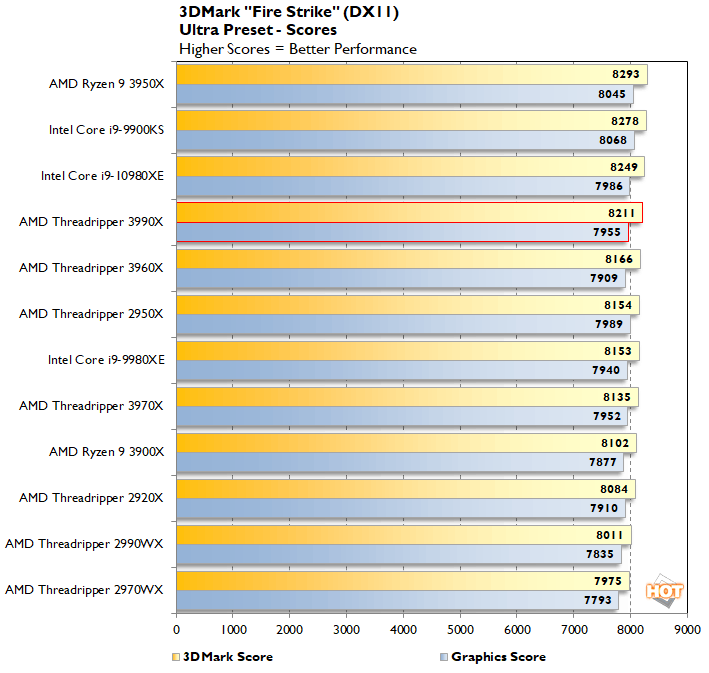 The 3990X's middling physics score doesn't hold it back in the graphics related portion of these benchmarks. All of the processors are tightly grouped, with only small deltas separating them, which is what you'd expect in a GPU-bound test like this. 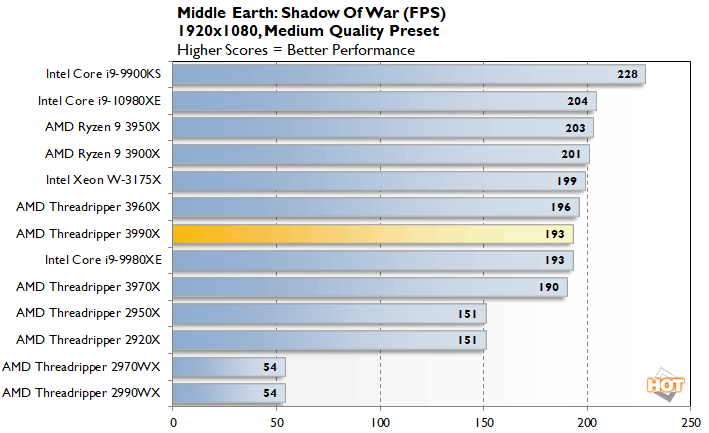 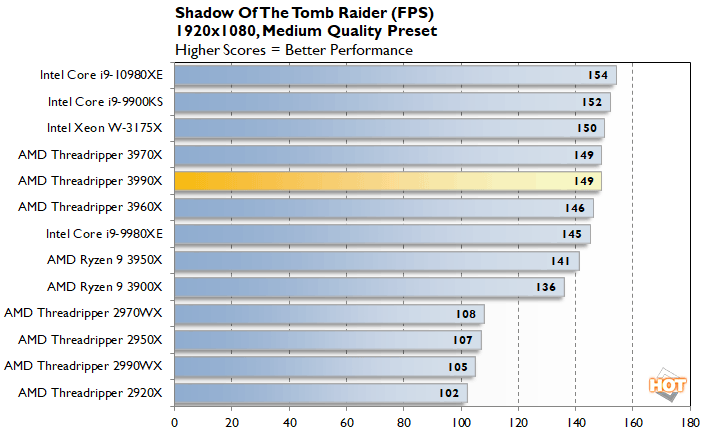 Performance in either of these games will not continue to scale with many-core HEDT processors. The Threadripper 3990X, however, still performs relatively well and is grouped with the upper echelon of processors. 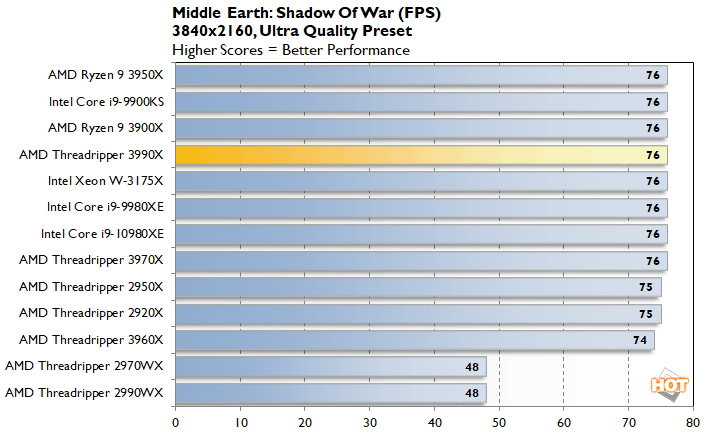 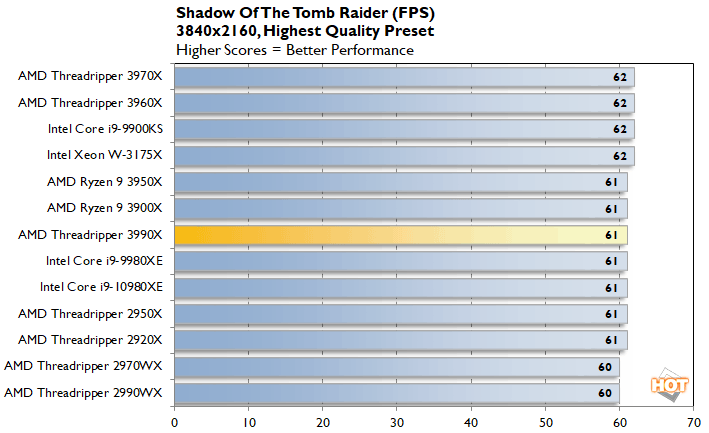 When the resolution is cranked up to 4K and image quality details are maxed out, shifting the bottleneck onto the GPU, the playing field levels out and the Threadripper 3990X is right in the mix with all of the other processors.

Although there aren't major caveats to the gaming and graphics tests, AMD's Threadripper 3990X isn't targeting gamers specifically. If gaming is your main goal, this processor isn't the ideal choice, considering its high-price and core-count. That said, if you're a creative professional that's drooling over the immense processing power available with Threadripper 3990X,  you can still get your game on in the off-hours without much compromise.
PREV PAGE NEXT PAGE