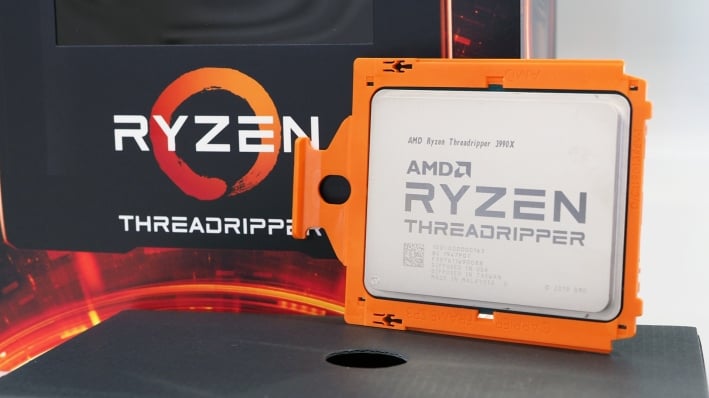 Although it was somewhat of a foregone conclusion that AMD would launch a monstrous 64-core / 128-thread 3rd generation Ryzen Threadripper processor ever since the initial line-up was announced a few months back, the company made it official at CES 2020 last month. AMD CEO Dr. Lisa Su took to the stage during a glitzy press conference in Las Vegas, and revealed the Ryzen Threadripper 3990X 64-core HEDT processor we’ll be showing you here today. During Dr. Su’s talk, she disclosed the 3990X’s speeds and feeds and showed the beastly chip taking down a pair of 28-core Xeons worth about 20 thousand dollars, in a 3D rendering benchmark, despite the Threadripper 3990X’s much smaller price tag. Of course, everything is relative, because the Ryzen Threadripper 3990X commands a hefty $3,990 price point as well. (Yes, the 3990X = $3990 – see what they did there?)

AMD's Ryzen Threadripper 3990X’s price and core count, in addition to some caveats associated with some multi-threaded software not scaling beyond 64 threads, should tell you that this processor isn’t for everyone. If, however, your use case will leverage the immense compute resources available with this processor, the Ryzen Threadripper 3990X is an absolute monster of epic (or should we say EPYC?) proportions.

Those of you that stay on top on the CPU space will no doubt be familiar with the Threadripper 3990X, so we won’t beat about the bush any longer – we know you want to see the numbers. So, let’s get to the specs, check out some other quick particulars, and then we’ll dig into the benchmarks and do some overclocking with AMD's latest beast chip... 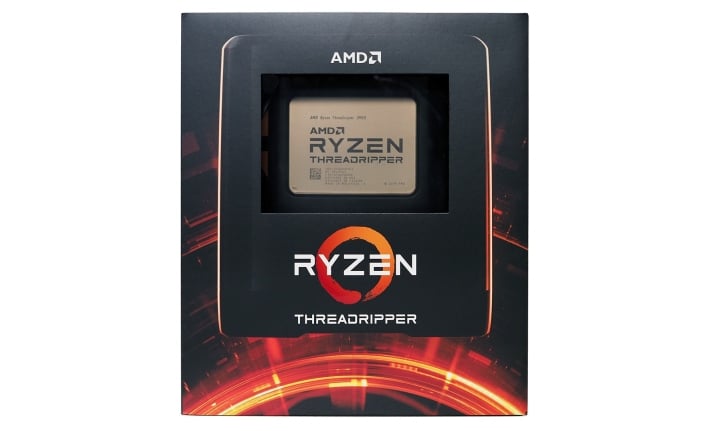 Find AMD Ryzen Threadripper Processor @ Amazon.com
3rd Generation AMD Ryzen Threadripper processors like the 3990X leverage all of the same technologies that debuted with the mainstream Ryzen 3000-series processors for socket AM4. They feature the same chiplet topology, multiple 8-core 7nm Zen 2-based CPU chiplets, and a 12nm IO die, all linked together via AMD’s Infinity Fabric – there’s just more of everything crammed under a 3rd Gen Threadripper’s integrated heat-spreader. 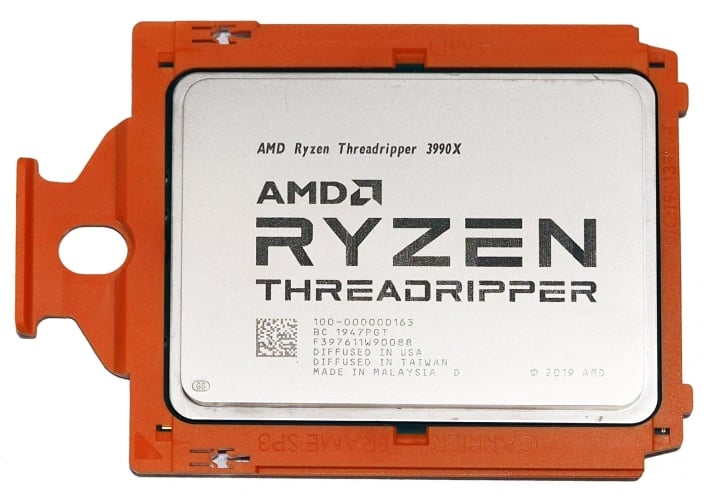 Because we’ve covered it all before, we won’t be digging into the architectural details again here. If you’d like a refresher of AMD's Zen 2 architecture and all of the changes and enhancements AMD made with its current-gen CPU architecture, hit that link.

Upon initial inspection, the 3rd Generation Ryzen Threadripper 3990X looks just like its many-core predecessors. They use what looks like the same socket and are compatible with the same memory type, coolers, etc. From the top and bottom, there’s not much to see that’ll appear any different than previous-gen Threadripper, but there are many differences under the hood. 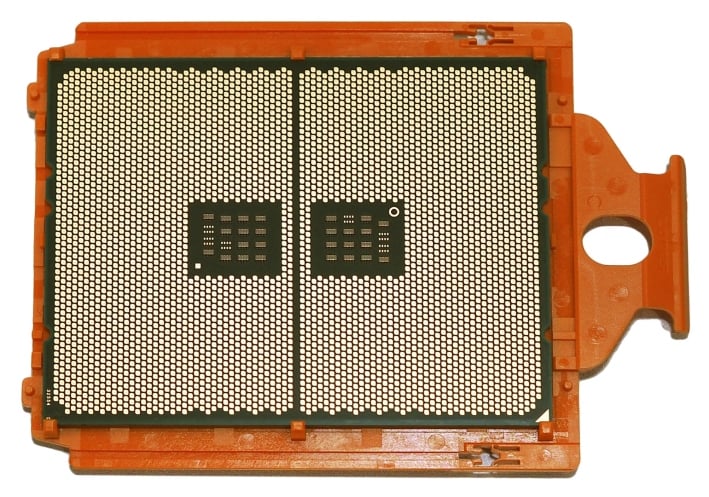 The CPU cores at the heart of the 3rd Generation Threadripper 3990X are grouped into eight, 7nm 8-core chiplets, each with dual, four-core compute complexes (CCX). Those chiplets are linked to an IO die (manufactured at 12nm) that houses the memory controller, PCI Express lanes, and other off-chip IO. Instead of having one large die like most previous-gen processors – similar to the mainstream Ryzen 3000 series -- 3rd gen Threadrippers are comprised of multiple chiplets that are linked together via AMD’s Infinity Fabric.

Like the other members of the 3rd Gen Ryzen family, the Ryzen Threadripper 3990X supports PCIe 4.0. It also leverages quad DDR4 memory channels, with official support for DDR4-3200 speeds, though higher speeds are possible with overclocking. Thought it’s packing many more cores, the 3990X’s TDP is rated at 280W when it’s configured at stock frequencies (2.9GHz base / 4.3GHz boost). As you’ll see a little later, that number can shoot way up if you overclock this beast. 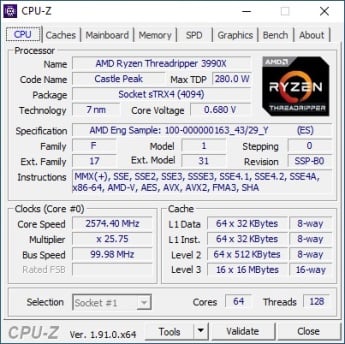 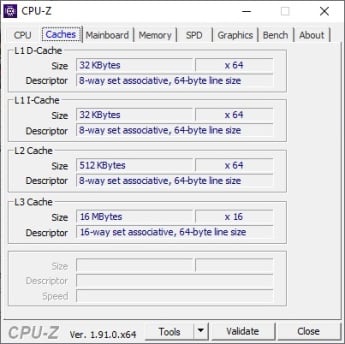 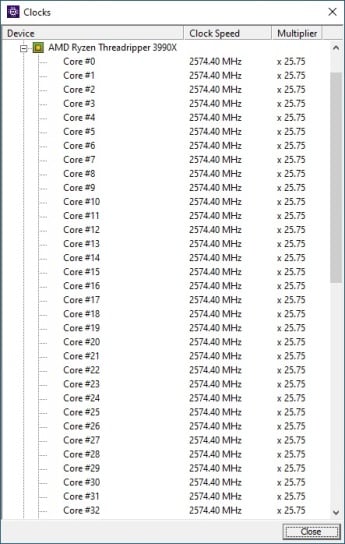 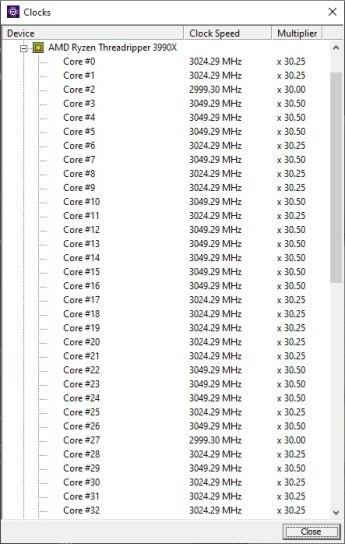 The Threadripper 3990X’s CPU-Z details reveal the chip’s “Starship” codename and just like the previously-launched Ryzen 3000 series processors, it is based on stepping 0, revision SSP-B0 (Ryzen 3000 series processors use revision MTS-B0). The processor has 32K of L1 data cache per core, and 32K of L1 instruction cache per core, which is actually half that of second-gen Ryzen. The re-configured L1 cache, however, has 8-way associativity. The 512K of L2 cache per core is also 8-way associative, and there is 16MB of shared L3 cache per CCX, which is 16-way associative. On the 64-core (64-thread) Ryzen Threadripper 3990X, that brings total cache up to a whopping 292MB (288MB L2 + L3). 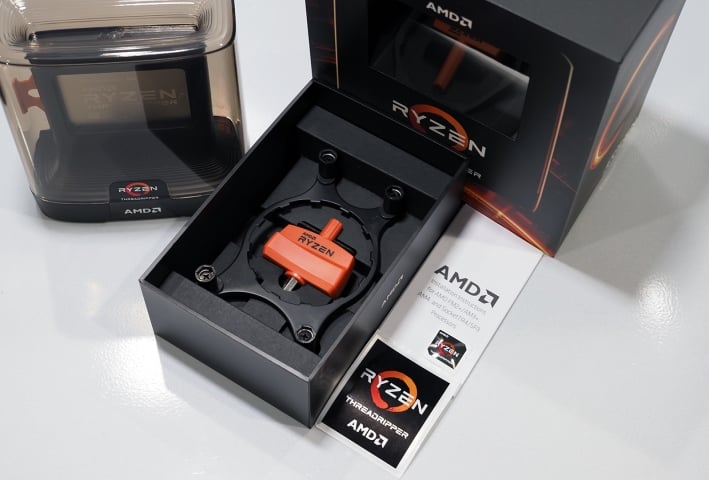 Like the previous-gen Threadrippers, AMD has gotten creative with 3rd Generation Threadripper 3000-series packaging. The processors are shipped in relatively large boxes, which contain a plastic display case that holds the processors upright in a pedestal. Underneath the case, AMD includes a mounting bracket for circular Asetek style AIO liquid coolers, some basic documentation, a couple of Ryzen Threadripper decals (one large, one small), and a Torx torque-driver for engaging / disengaging the processor socket. If you haven’t seen how AMD Threadrippers are installed into their sockets, be sure to see Dave do the deed, and subscribe and hit that reminder bell while you're on the channel too.

Now, let’s check out a new motherboard from ASUS optimized for the Threadripper 3990X and then we’ll see how this thing performs...