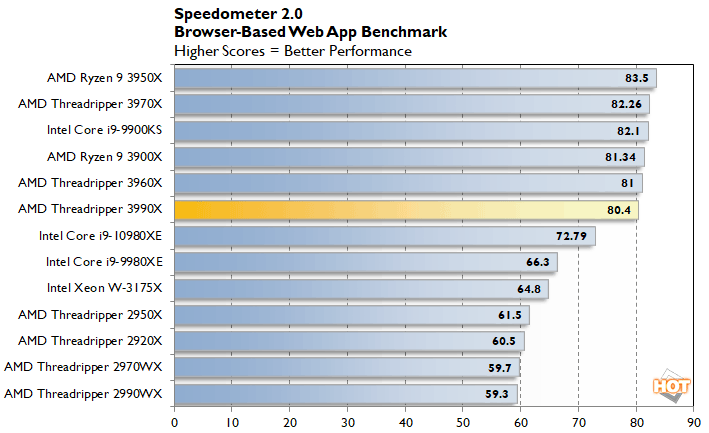 The top-end processors are all fairly tightly grouped in the Speedometer benchmark. The Threadripper 3990X lands about in the middle of the pack, but it overall performance is right there with the best-scoring parts, which isn't something that can be said for Intel's HEDT processors or previous-gen Threadrippers.
In our custom LAME MT MP3 encoding test, we convert a large WAV file to the MP3 format, which is a popular, day-to-day use case for many end users, to provide portability and storage of their digital audio content. LAME is an open-source mid to high bit-rate and VBR (variable bit rate) MP3 audio encoder that is used widely around the world in a multitude of third party applications. 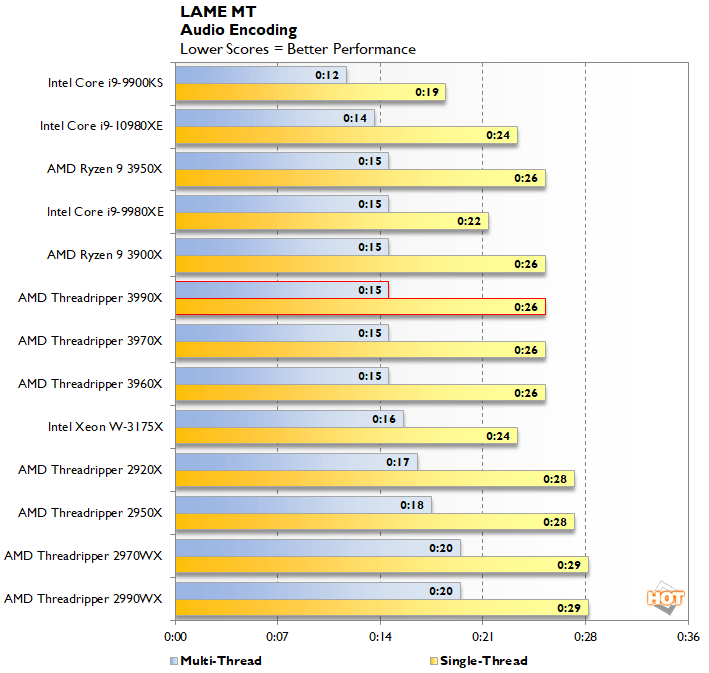 This benchmark only leverages one or two threads and the workload doesn't cause any of the processors to boost to their maximum frequencies, so the many-core chips aren't really taxed here. The Threadripper 3990X ends up in the middle of the pack, performing right on par with the Ryzen 9 3900X. 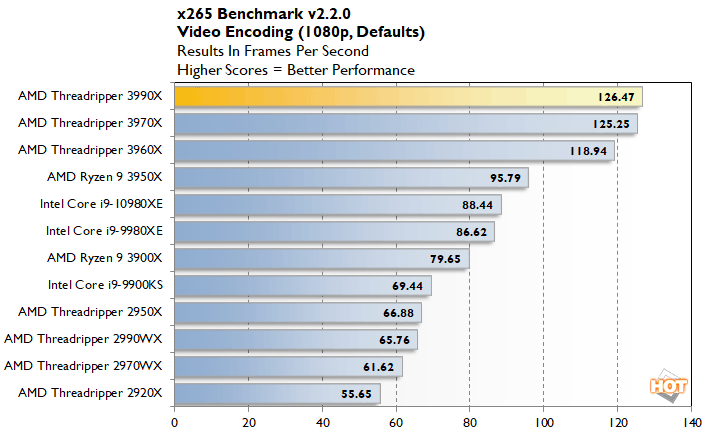 The x265 video encoding benchmark doesn't scale past 64 threads either, unfortunately. As such, half of AMD's Ryzen Threadripper 3990X resources are left idle. It still manages to take the pole position and outpace the Threadripper 3970X, but its lead isn't as big as it would have been, had this benchmark scaled properly. 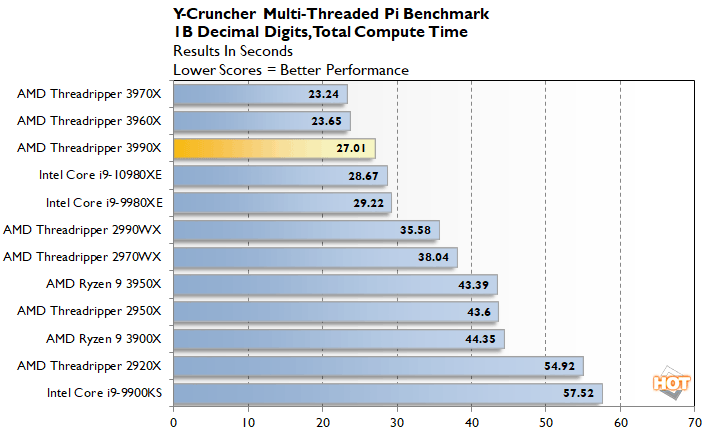 The Y-Cruncher benchmark also didn't scale past 64 threads either. In this benchmark, however, the Threadripper 3990X's lower clocks relative to the 3960X and 3970X, have it finishing just behind its little brothers.
PREV PAGE NEXT PAGE