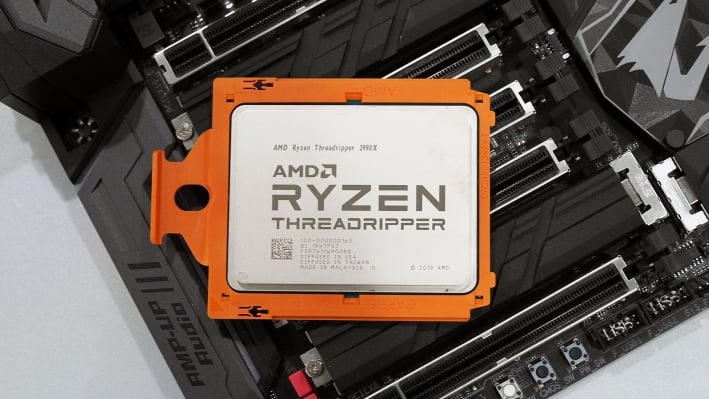 When the Windows installation was complete, we installed all of the drivers necessary for our components, disabled Auto-Updating and Windows Defender, and installed all of our benchmarking software. When that process was done, we performed a disk clean-up, cleared any temp and prefetch data, and optimized all of the SSDs using Windows' built-in utility. Finally, we enabled Windows Focus Assist to minimize any potential interruptions and let the systems reach an idle state before invoking any tests. 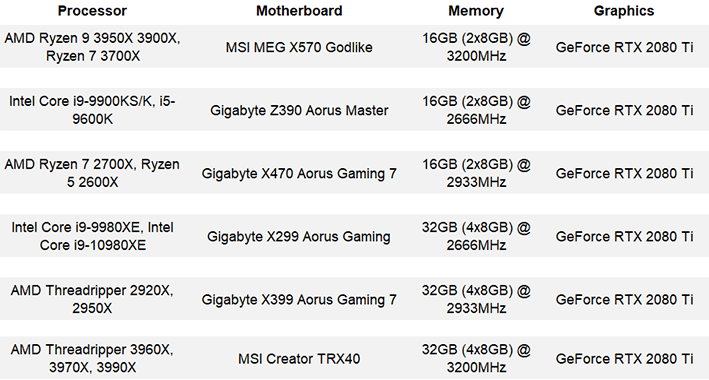 We began our testing with the latest version of SiSoftware's SANDRA 2020, the System ANalyzer, Diagnostic and Reporting Assistant. We ran four of the built-in sub-system tests that partially comprise the suite with the Core i9-9900KS (CPU Arithmetic, Multimedia, Cache and Memory, and Memory Bandwidth). All of the scores reported below were taken with the 3rd Gen Ryzen Threadripper processors running at default settings, with 32GB of DDR4 RAM running at 3,200MHz, in quad-channel mode, on the MSI Creator TRX40 motherboard. 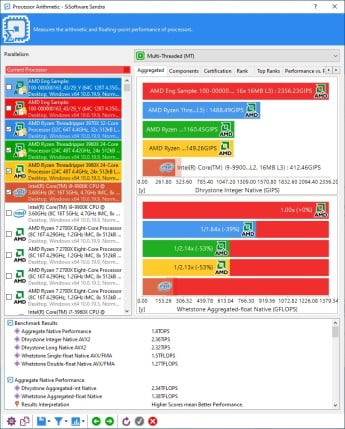 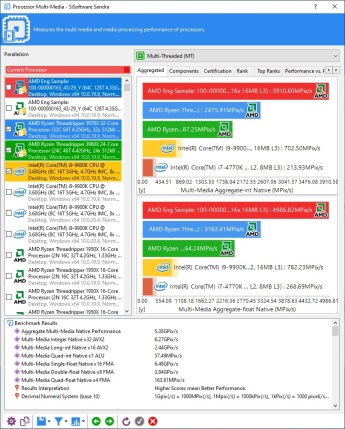 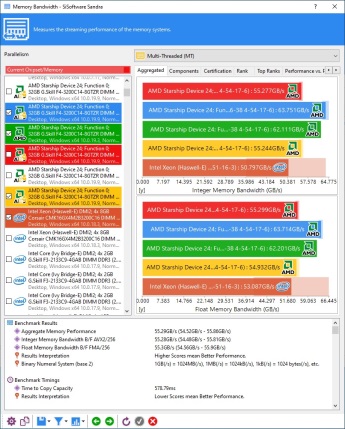 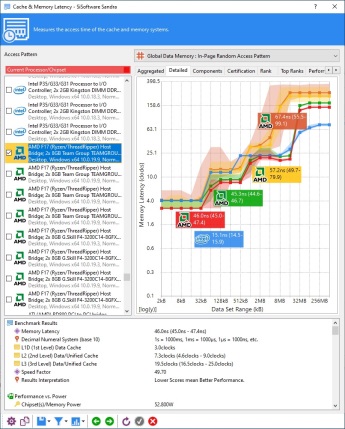 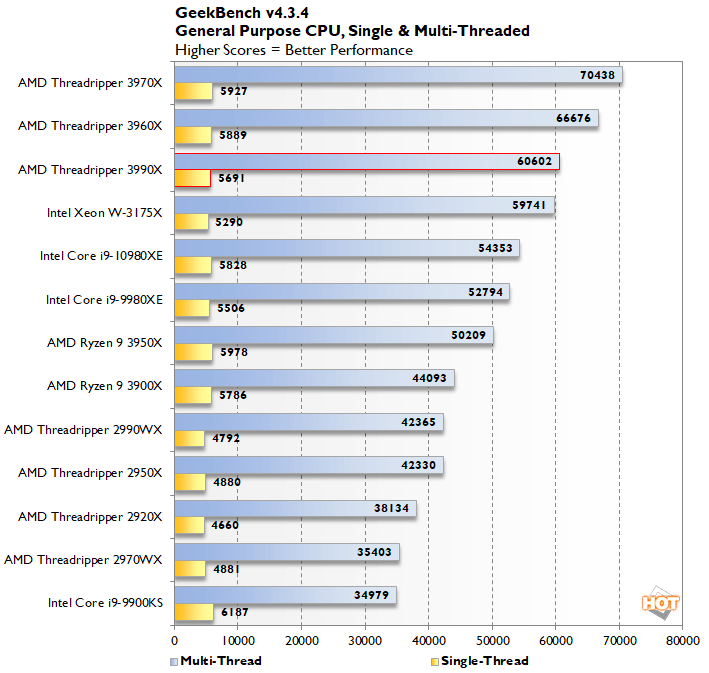 The version of Geekbench we used for testing doesn't seem to scale past 64-threads. As such, the Threadripper 3990X's additional resources are left idle, and its lower boost clocks and memory bandwidth push it down a couple of rungs, to where it slots in just behind the Threadripper 3960X.
Next, up we have some full-system testing with PCMark. We're reporting all test results from the PCMark 10 benchmark suite, including the Essentials, Productivity, Digital Content Creation and and total PCMark score. The Essentials test covers workloads like web browsing, video conferencing and app start-up times, while Productivity tests everyday office apps from spreadsheets to word processing. Finally, the Digital Content Creation test evaluates performance of a machine with respect to photo and video editing, as well as rendering and visualization. 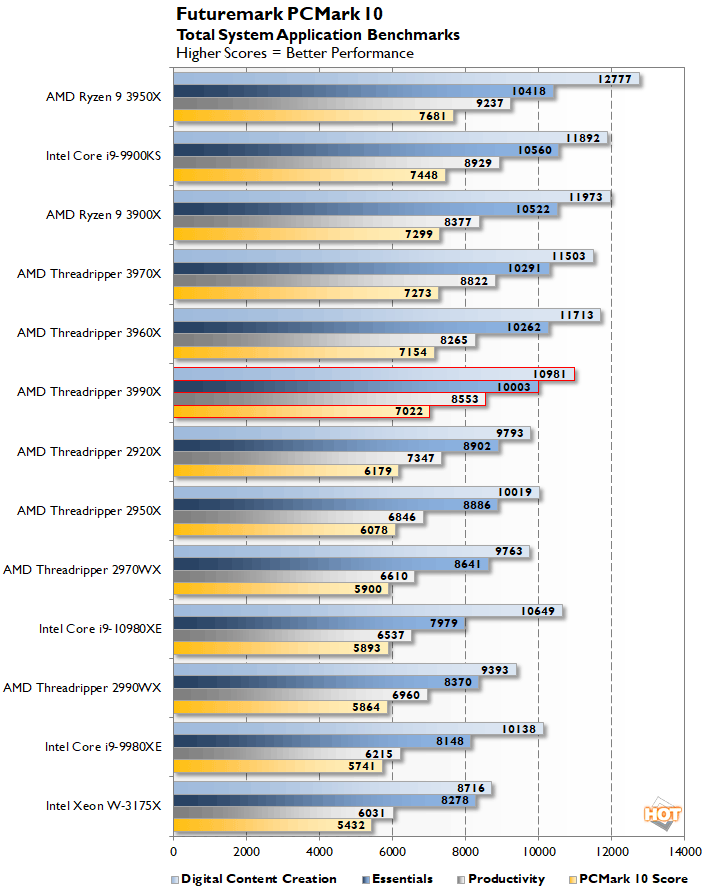 PCMark 10 doesn't use all of the resources available in the Threadripper 3990X either. Here, AMD's new flagship HEDT processor still manages to outpace the previous-gen Threadrippers and all of Intel's HEDT processors, though.  Regardless, it's the higher-clocked, mainstream platforms that take all of the top spots in this benchmark.

With more taxing, heavily-threaded workloads, however, the pecking order changes dramatically...we're getting there...
PREV PAGE NEXT PAGE