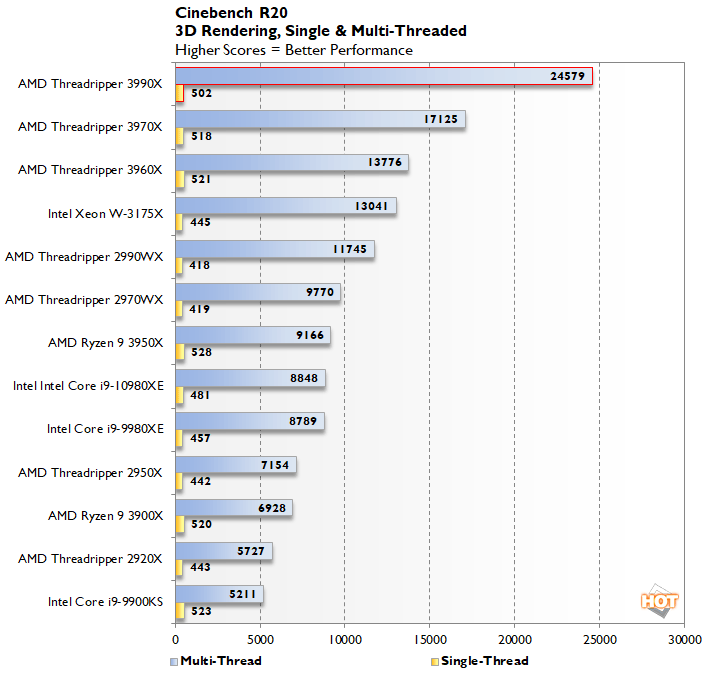 The Threadripper 3990X cut through Cinebench R20 like a hot knife through warm butter. This benchmark can leverage every available thread, so all of the 64-cores / 128-threads available with the 3990X run at full tilt and the new 64-core AMD processor jumps out to a huge lead over the rest of the field. The 3990X ends up being nearly 3x faster than the Core i9-10980XE and it easily smokes the Xeon W-3175X. 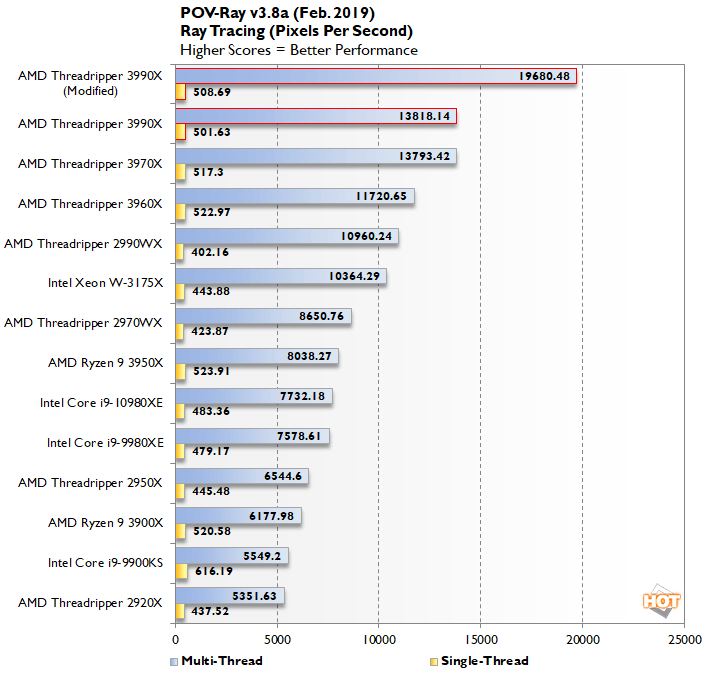 We have two POV-Ray results for the Threadripper 3990X in this test. The publicly available, current release of POV-Ray doesn't scale past 64-threads. Using that build of the benchmark, the Threadripper 3990X leads the pack, but only by a small margin because only 64-threads are employed. AMD has submitted some code to update POV-Ray to support 128-threads, however, that code hasn't been incorporated into any public releases just yet. We tested it anyway to show how the application would scale, and as you can see, there's a huge boost in performance that pushes the 3990X well out in front of all of the other processors we tested. 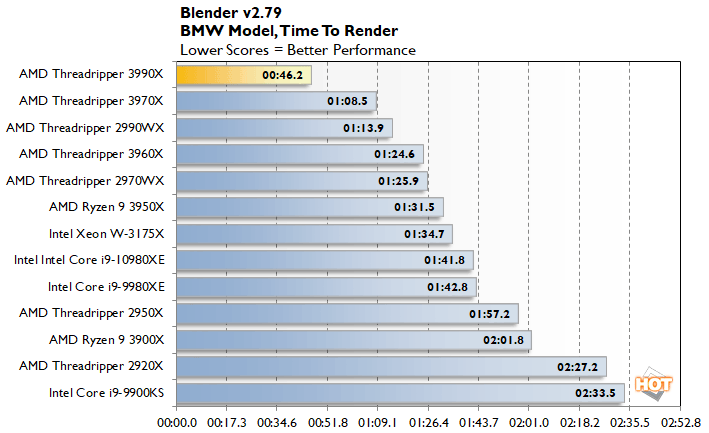 The Ryzen Threadripper 3990X ripped through the Blender benchmark as well, finishing up in just a hair over 46 seconds. That's nearly 50 seconds faster than Intel's fastest processor in the group, the Xeon W-3175X and almost a minute faster than the Core i9-10980XE. 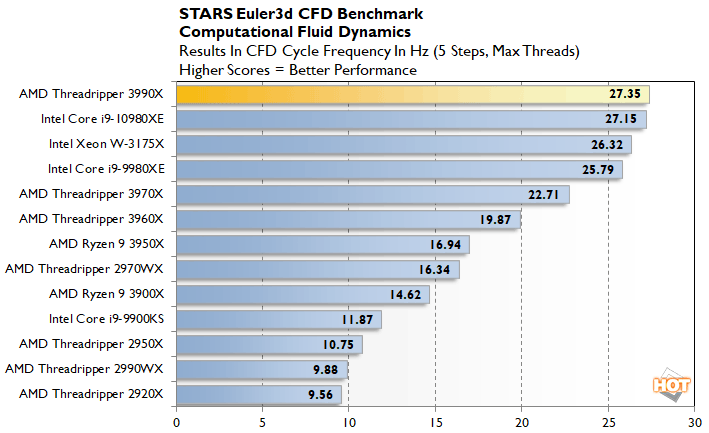 Memory and cache bandwidth, latency, and multi-threaded CPU throughput all have an impact on this benchmark and the Threadripper 3990X manages to pull into the lead overall, but only a small margin separates it from the Core i9-10980XE and Xeon W-3175X.