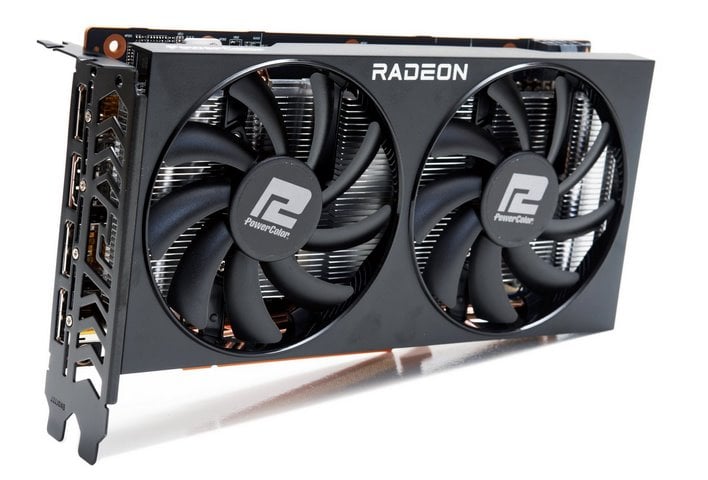 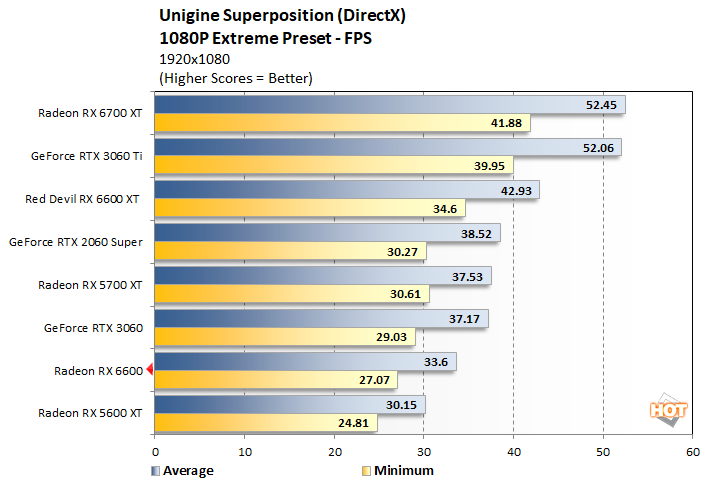 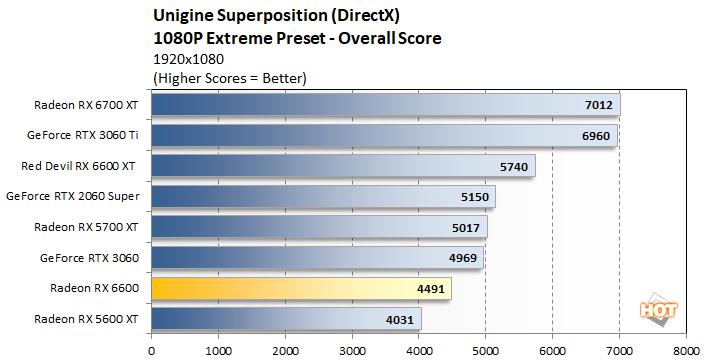 Unigine Superposition's 1080p Extreme test has the new Radeon RX 6600 slotting in just behind the GeForce RTX 3060, but about 10% ahead of the previous-gen Radeon RX 5600 XT. 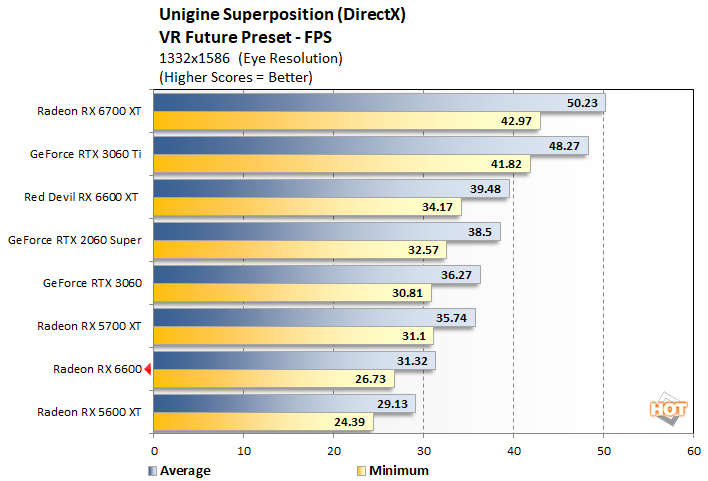 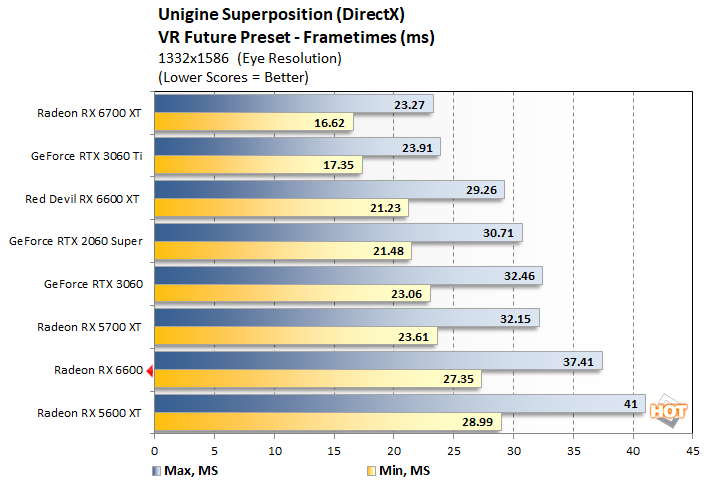 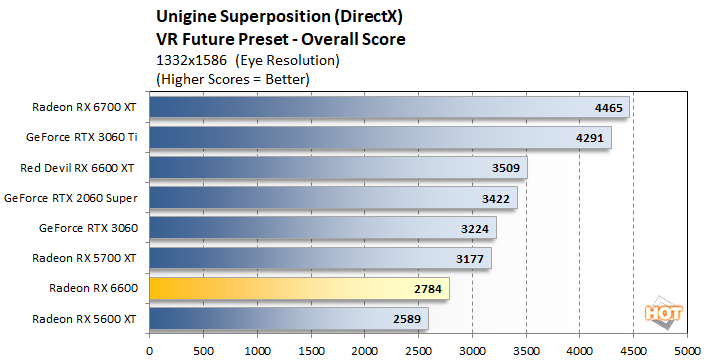 Superposition's VR Future benchmark has the Radeon RX 6600 outgunning its previous-gen counterpart by about 10%, but the RTX 3060 jumps out to a larger lead here, not to mention the higher-end cards. 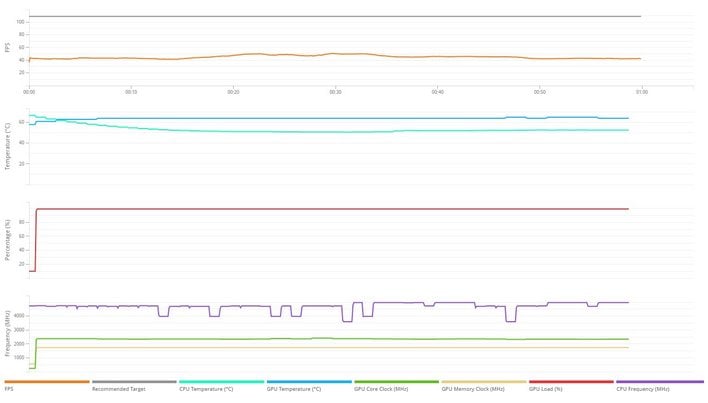 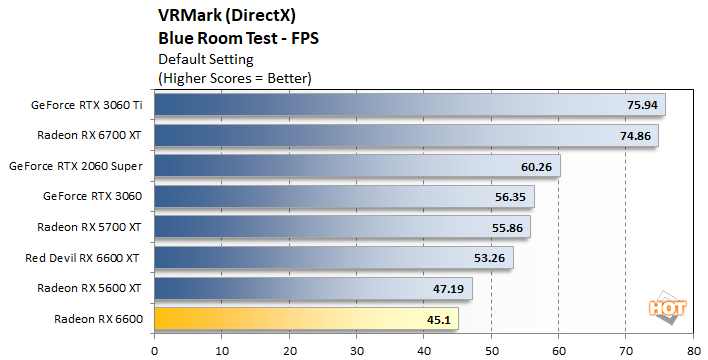 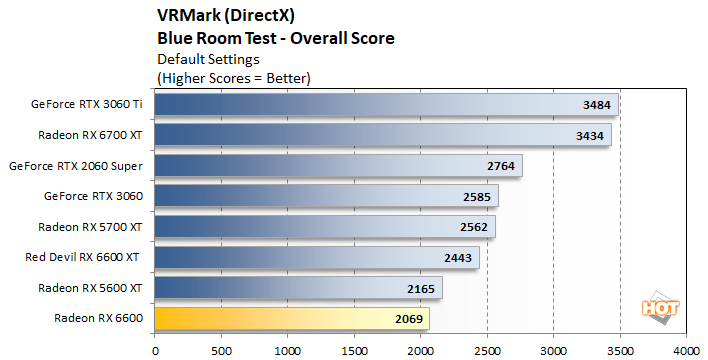 The new Radeon RX 6600 ends up trailing all of the other cards we tested in VR Mark. Though its clocks, fillrate and compute performance are higher than the older 5600 XT, the RX 6600's lower peak memory bandwidth holds it back here. 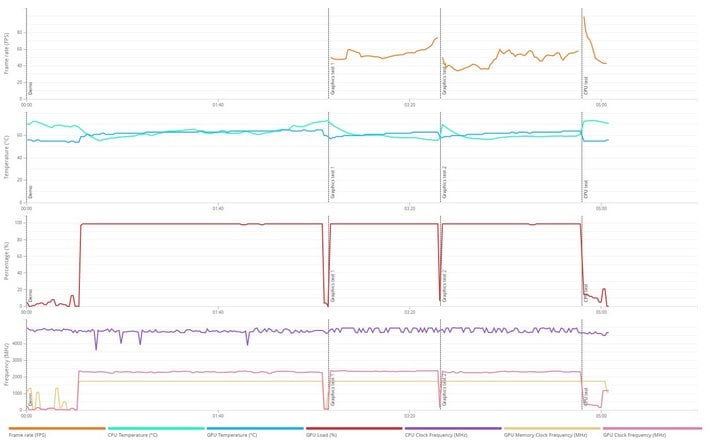 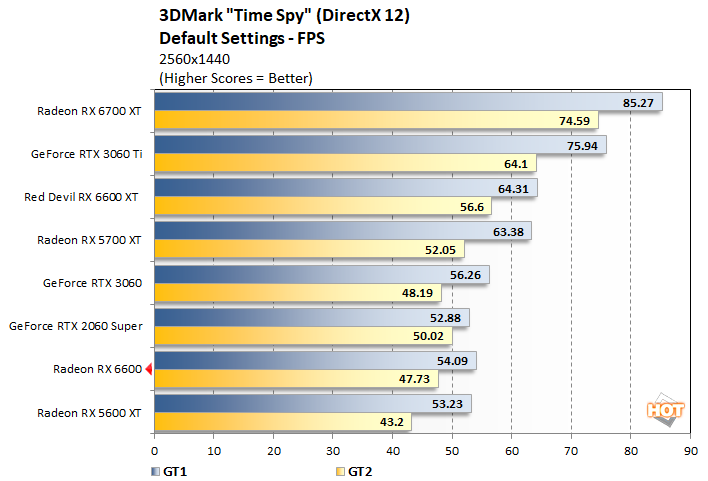 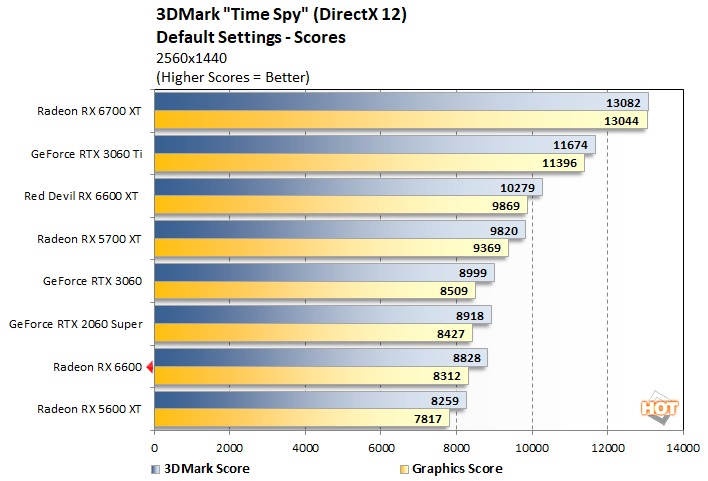 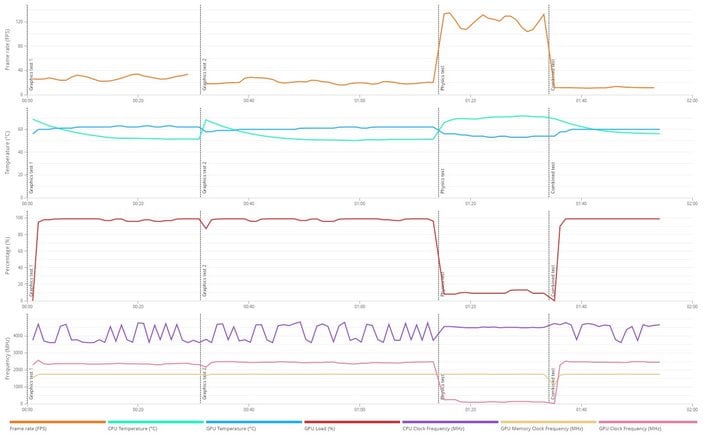 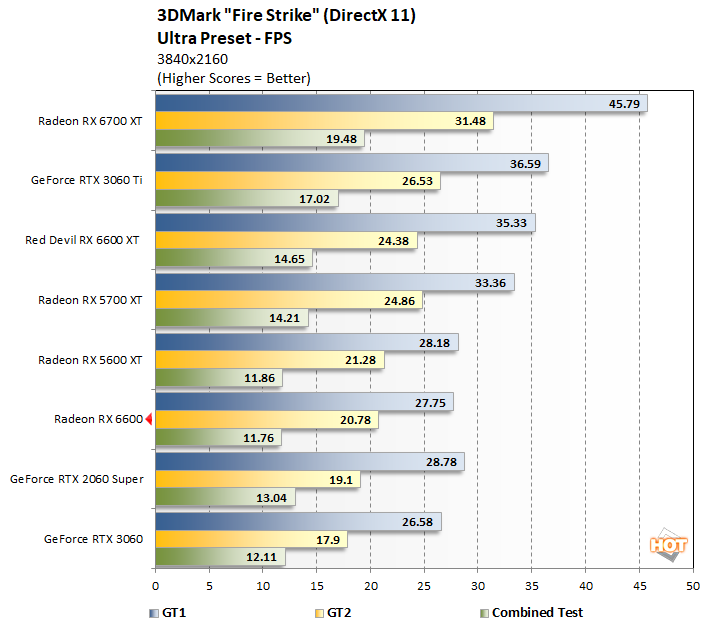 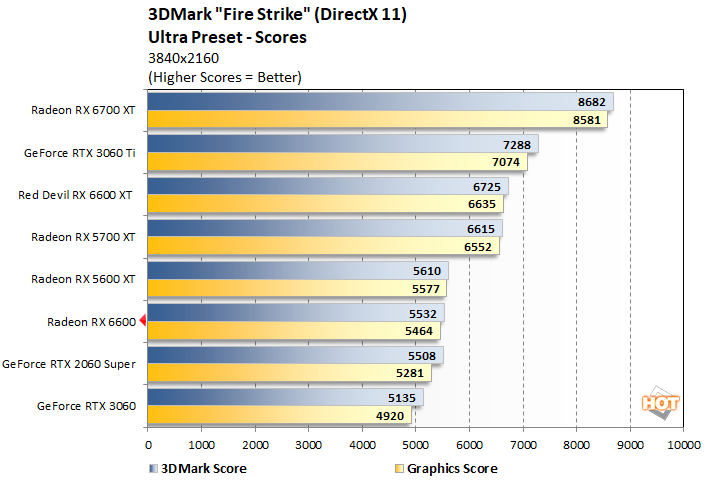 The Radeon RX 5600 XT's wider memory bus and increased memory bandwidth give it a slight edge over the Radeon RX 6600 in the Fire Strike Ultra benchmark. The newest mainstream Radeon has enough oomph to dispatch the GeForce RTX 2060 Super and RTX 3060 here, however. 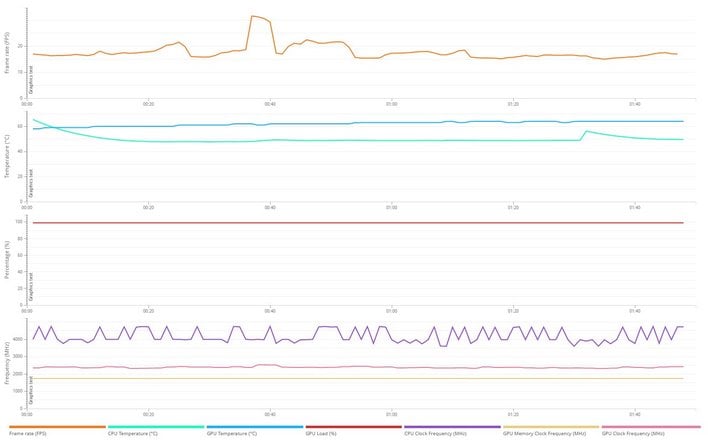 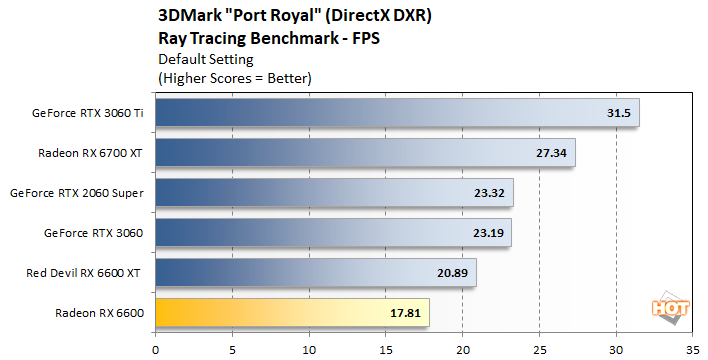 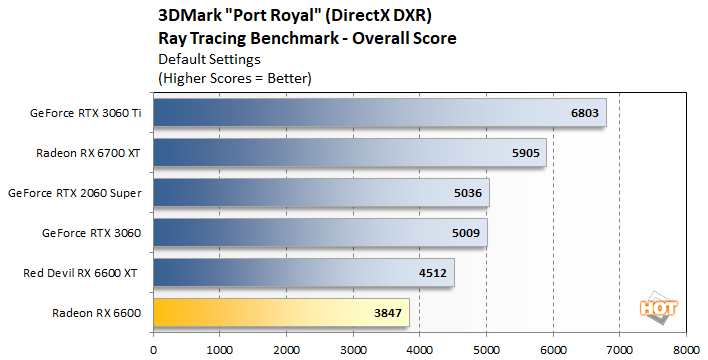 The previous-gen GPUs which lack DXR support drop out of the charts here. 3DMark's Port Royal benchmark, which mixes DXR Ray Tracing effects with traditional rasterization, puts the Radeon RX 6600 at the bottom of the heap, about 17% behind the Radeon RX 6600 XT. 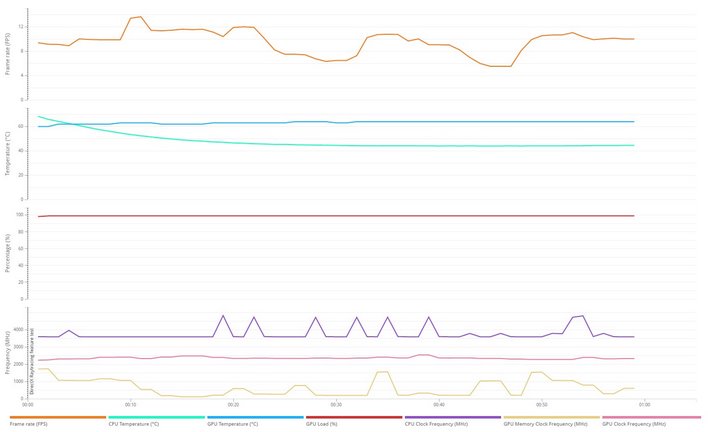 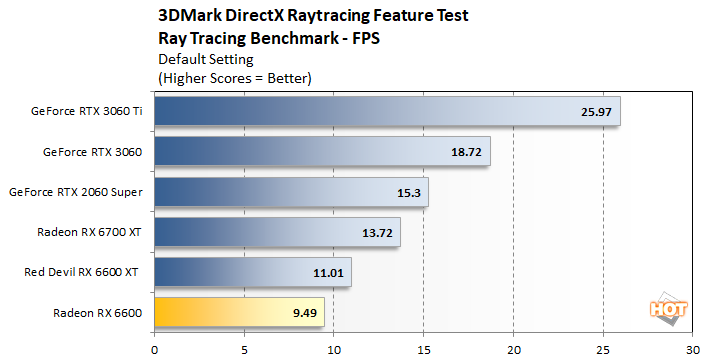