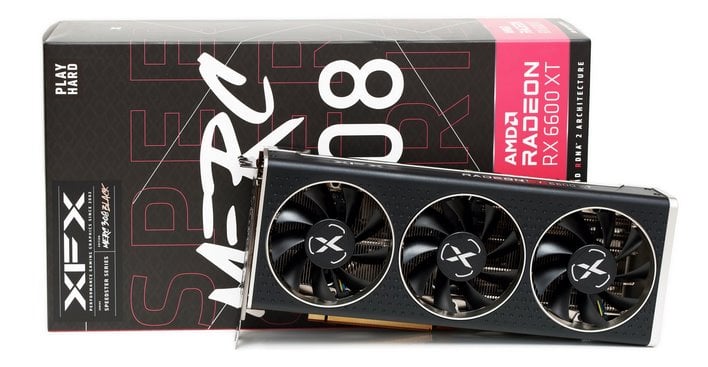 The Radeon RX 6600 XT officially launched earlier this week, bringing AMD’s RDNA 2 graphics architecture down to more affordable price points (relatively speaking). Radeon RX 6600 XT cards target mainstream, 1080p gamers, and the two models we previously looked in our initial coverage proved to be decent performers and quite power efficient. This time around, we’re going to take a look at a factory-overclocked Radeon RX 6600 XT from AMD board partner, XFX, the MERC 308 Black.

The MERC 308 RX 6600 XT Black is the top-of-the-line model in XFX’s Radeon RX 6600 XT lineup. Like most of AMD’s board partners, XFX has an array of cards coming down the pipeline, ranging from simplified models with less elaborate cooling and lighting that adhere more closely to AMD’s reference specs, to higher-end jobs like the overclocked, MERC 3080 Black we’ll be showing you here.

Main specs and features are up first, then we’ll dig in further, check out the card, and see how it performs and overclocks... 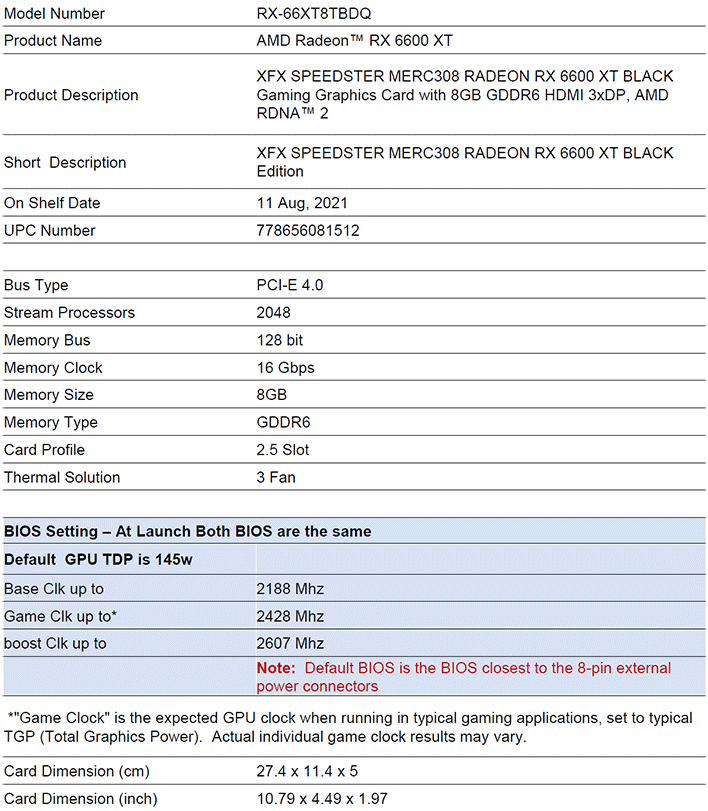 Find Radeon RX 6600 XT Cards @ Amazon.com
The XFX MERC 308 RX 6600 XT Black’s main features and specifications are obviously similar to AMD’s reference recommendations, since they feature the same Navi 23 GPU. Where the XFX card differs is in terms of its higher Game and Boost clocks. Whereas AMD’s reference Radeon RX 6600 XT specs recommend a Game clock up to 2359MHz and a Boost clock of 25895MHz, the XFX MERC 308 RX 6600 XT Black comes in at 2428MHz (Game) and 2607MHz (Boost), just like the PowerColor Red Devil. Those higher GPU clocks result in higher compute performance and fill rate, etc., but the 8GB memory configuration and memory frequency are the same. So in memory bandwidth constrained situations, performance won’t be very different than reference-clocked model.

The XFX MERC 308 RX 6600 XT Black features a 6+2 Phase, all digital PWM, and requires only a single PCIe 8-pin power feed. As for cooling, the card is equipped with triple 80mm fans, which sit atop a dense array of aluminum heatsink fins. These fins are attached to nickel-plated copper cold plates affixed to the GPU and memory, and it’s all linked together via four 6mm heat pipes. The entire assembly juts out past the PCB by a couple of inches and is 2.5 slots wide. The whole setup measures in around 10.8” long.

The cooling solution on the cards works quite well and remains quiet during normal operation. We should also mention that the logos on the top of the shroud are backlit via LED, but the card does not feature addressable RGB lighting. 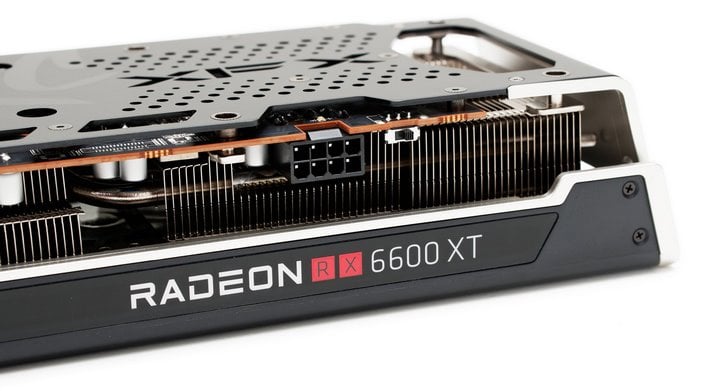 There’s a stylized aluminum back plate on the card as well, which adds to the card’s rigidity, and there’s a dual-BIOS switch nestled on the PCB as well. Though both BIOSes are configured for the same 145w power envelope – the dual BIOS setup is simply for redundancy and backup purposes. 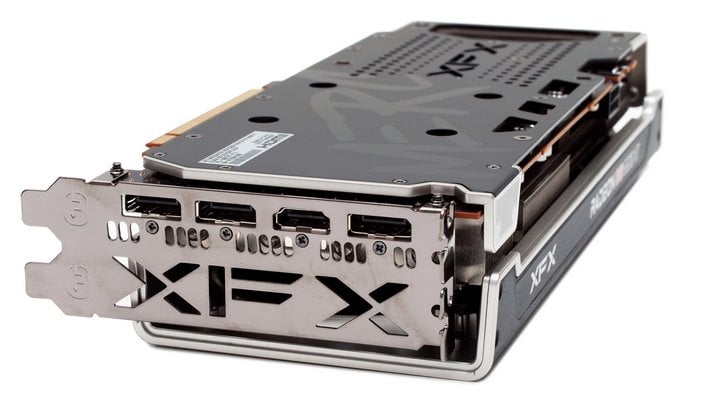 Not much is included with the XFX MERC 308 RX 6600 XT Black, save for some basic literature and the outputs on the card are similar to other current-generation Radeons: three full-sized DisplayPorts and a single HDMI port. 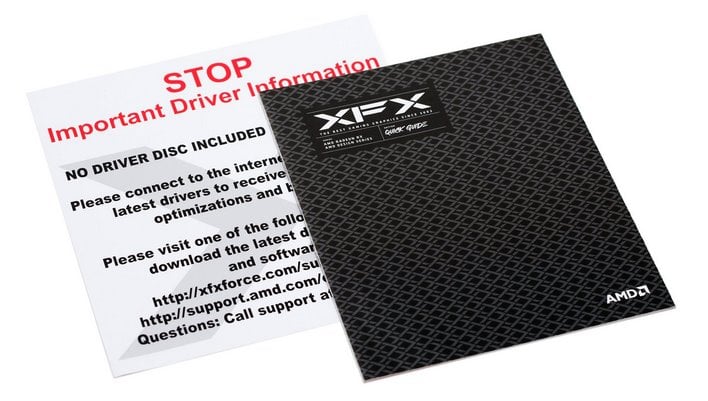 With all of that out of the way, what do you say we see how the XFX MERC 308 RX 6600 XT Black performs? Benchmarks are up next…