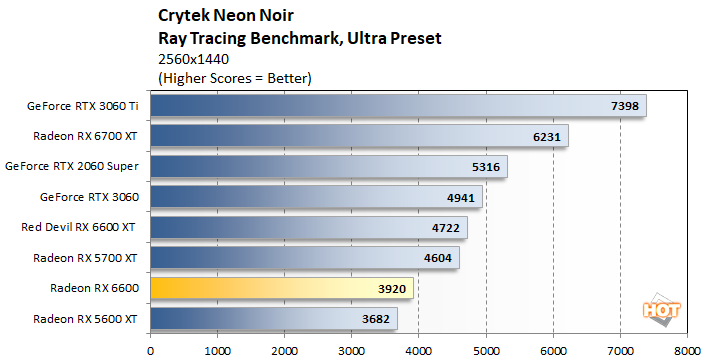 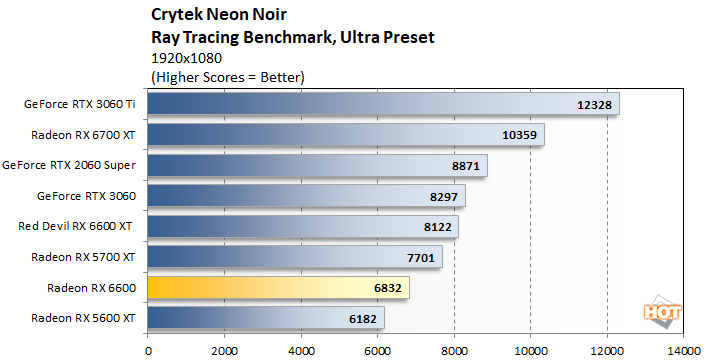 We saw more of the same with Crytek's Neon Noir benchmark. Here, the Radeon RX 6600 once again lands in front of the Radeon RX 5600 XT, but it can't quite catch the more mainstream GeForce cards.

Metro Exodus Benchmarks (With And Without Ray Tracing) 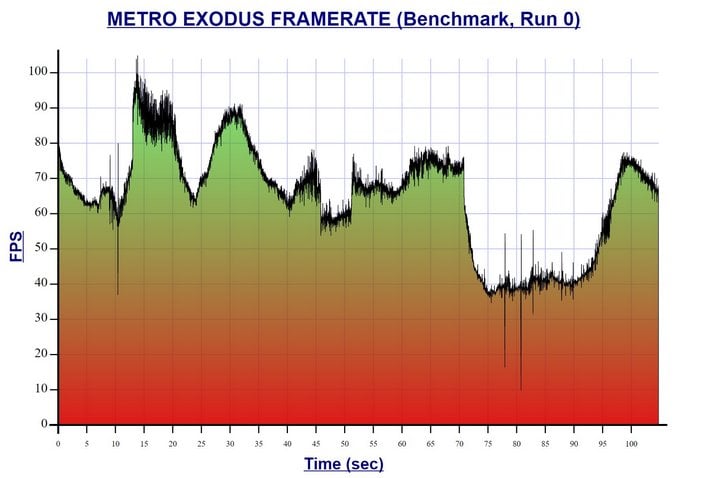 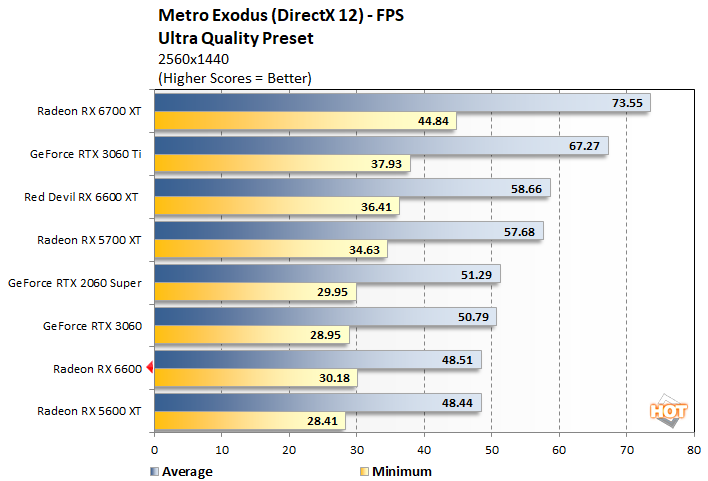 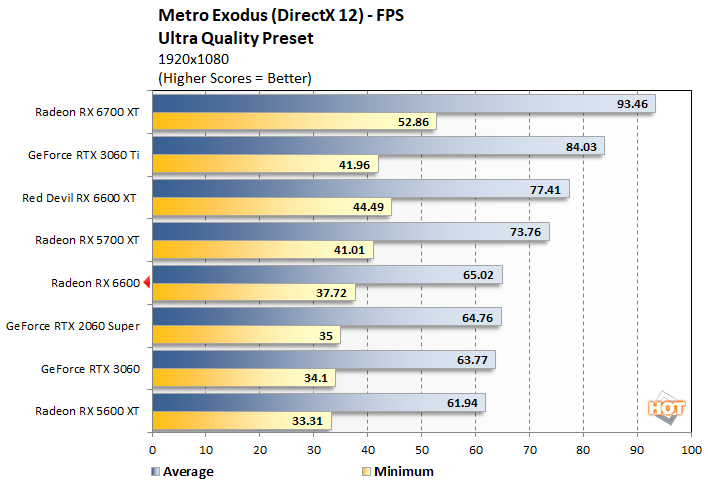 When using the Ultra quality preset in Metro Exodus, the new Radeon RX 6600 ends up outrunning the GeForce RTX 2060 Super and RTX 3060 at 1080p, but it falls in behind them with the resolution increased to 1440p. All of the mainstream cards below the Radeon RX 5700 XT, however, are tightly grouped overall. Let's enable some ray tracing and see what happens... 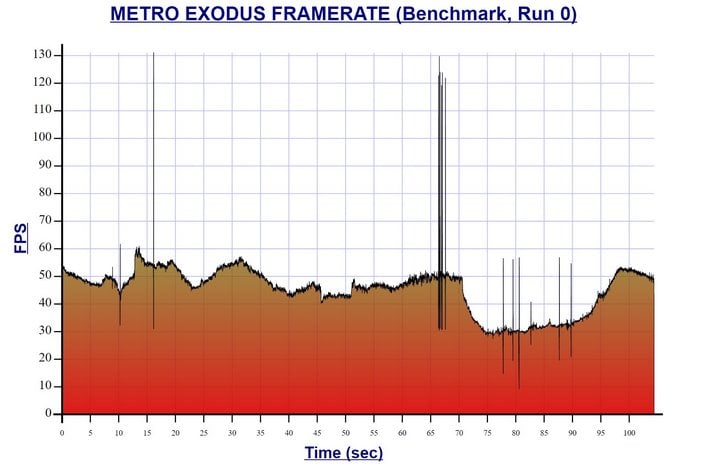 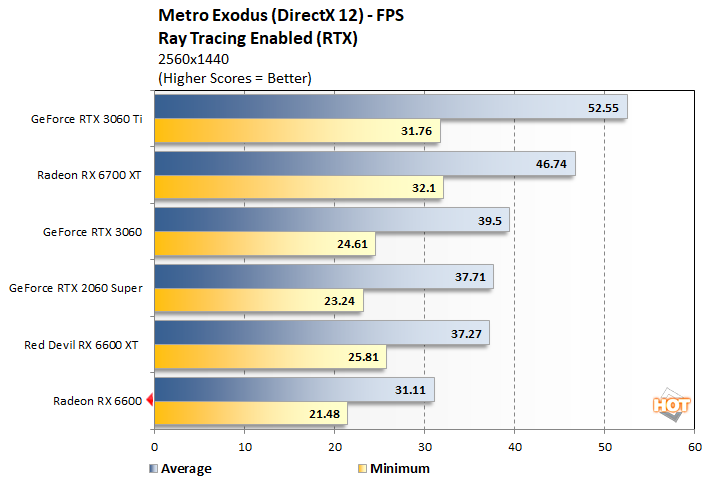 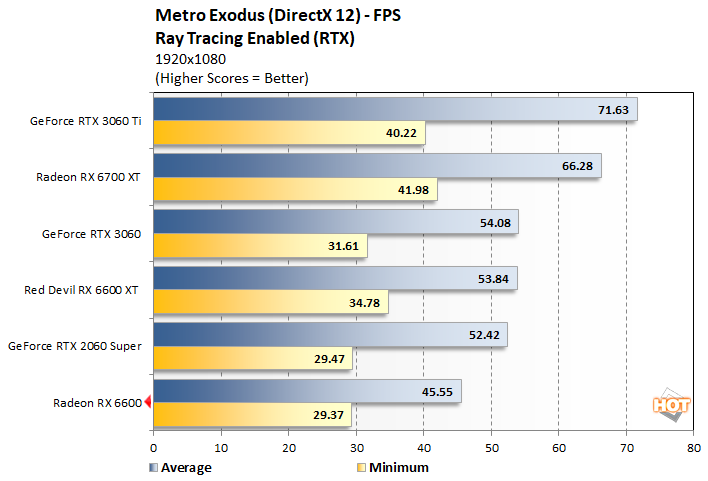 When using the RTX preset (which enables DXR ray tracing effects) in this game, the Radeon RX 5x00 series cards drop out of the running due to lack of support. The Radeon RX 6600 also drops down a few rungs and ends up trailing the GeForce RTX 2060 Super. We should also mention that this game offers support for NVIDIA's DLSS, so boosting the GeForces' framerates while ray tracing is enabled is an option as well. The settings we used were for a direct apples-to-apples comparison, however. 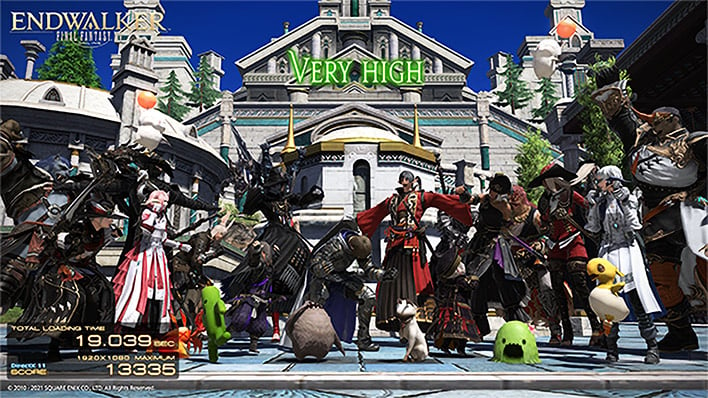 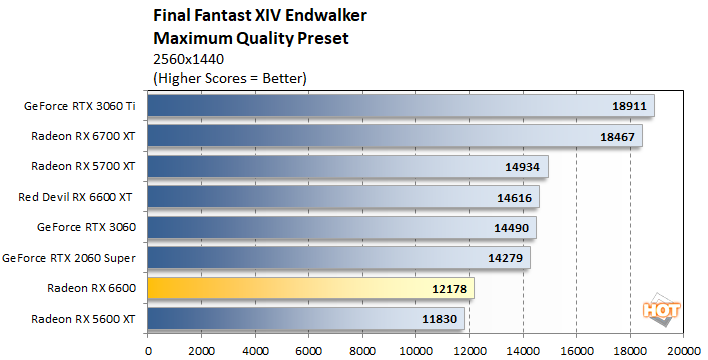 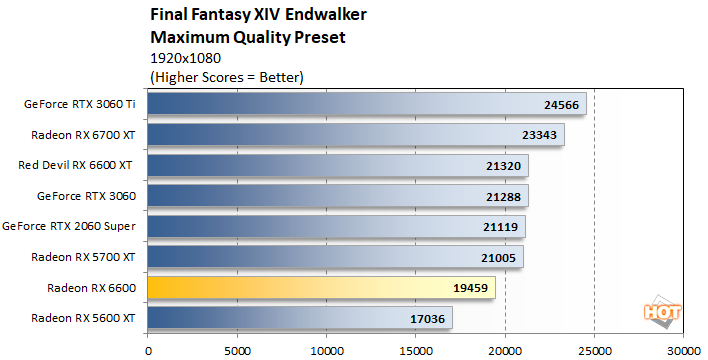 All of the mid-tier cards are tightly grouped in this game and the Radeon RX 6600 drops into the familiar position we've seen in may of the previous tests -- ahead of the Radeon RX 5600 XT, but a notch below the GeForce RTX 2060 Super.

The Coalition's newest Gears title, Gears 5, brings with it a whole host of new graphical effects and HDR lighting to both the console and PC alike, thanks to the latest iteration of Epic's Unreal Engine 4. We tested the game at a couple of resolutions, with its Ultra quality preset here. 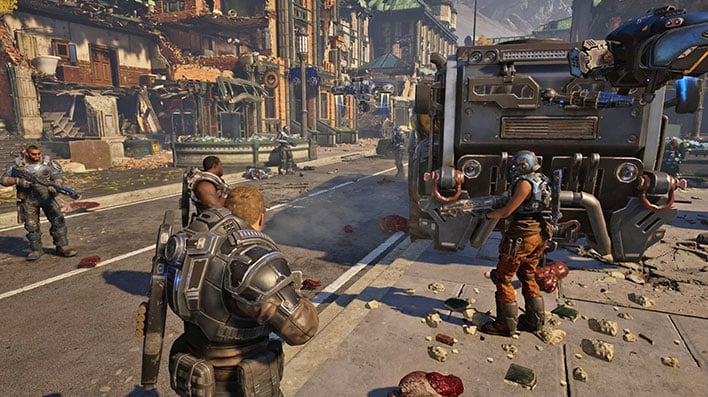 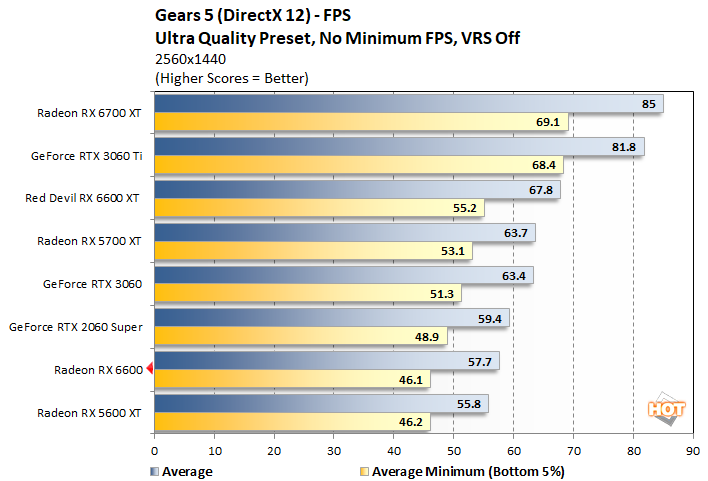 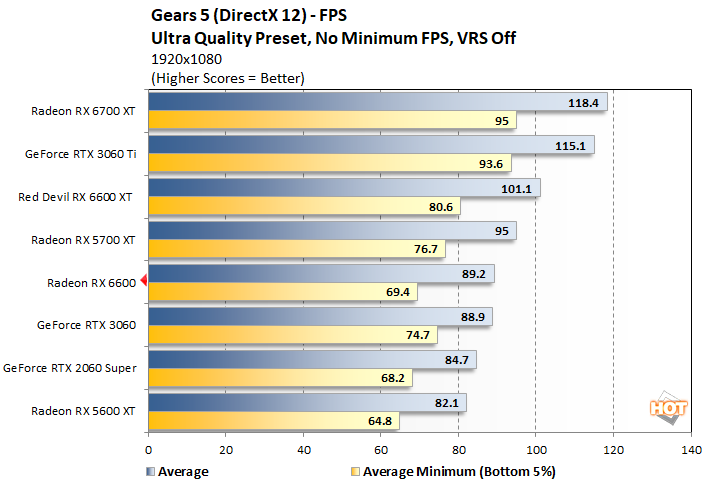 The Gears 5 benchmark somewhat mirrors Metro Exodus. Here, the Radeon RX 6600 performs well at 1080p, dispatching the mainstream GeForces. With the resolution increased to 1440p, however, the GeForces turn things around and the Radeon RX 6600 pulls ahead of only the 5600 XT. 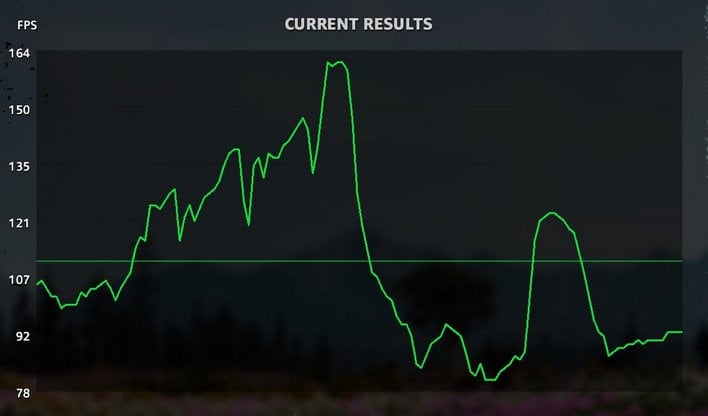 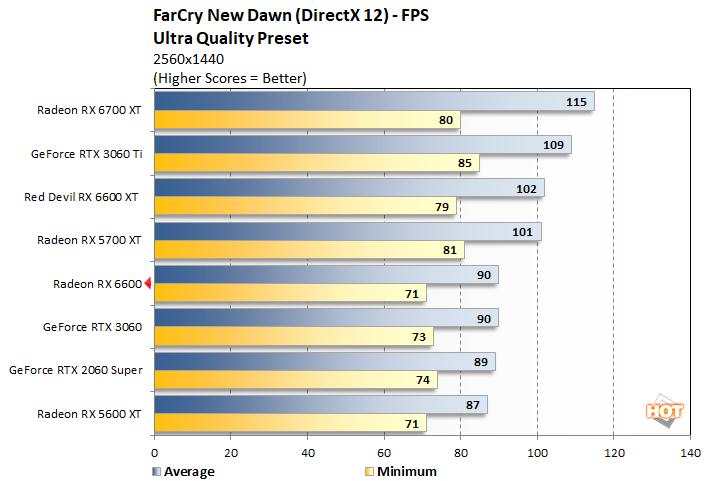 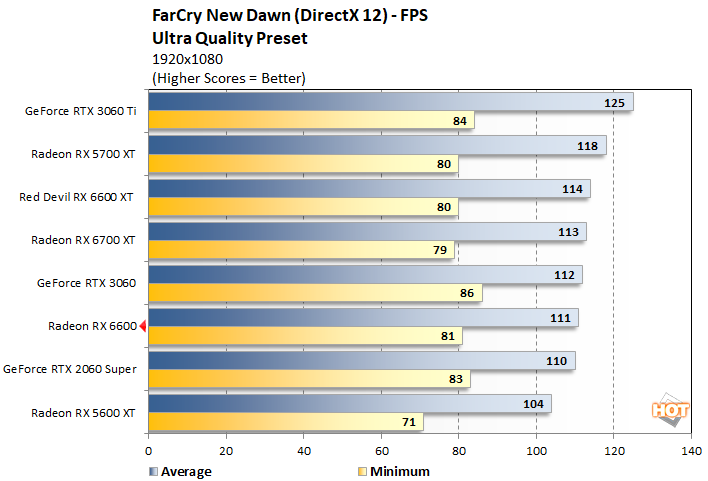 FarCry New Dawn has the Radeon RX 6600 trading blows with the GeForce RTX 3060 at both resolutions and finishing ever so slightly ahead of the RTX 2060 Super.

F1 2021 is Codemaster’s latest Formula One racing simulation, and like previous version of the game, it sports impressive visuals. This latest addition to the franchise supports DirectX11 or DirectX 12, and it incorporates support for a number of AMD's FidelityFX and NVIDIA technologies (like DLSS), though we didn't enable any of them to keep the playing field level. We tested the game with its Ultra High graphics preset with Ray Tracing and TAA enabled at a couple of resolutions to see what the graphics cards could do. 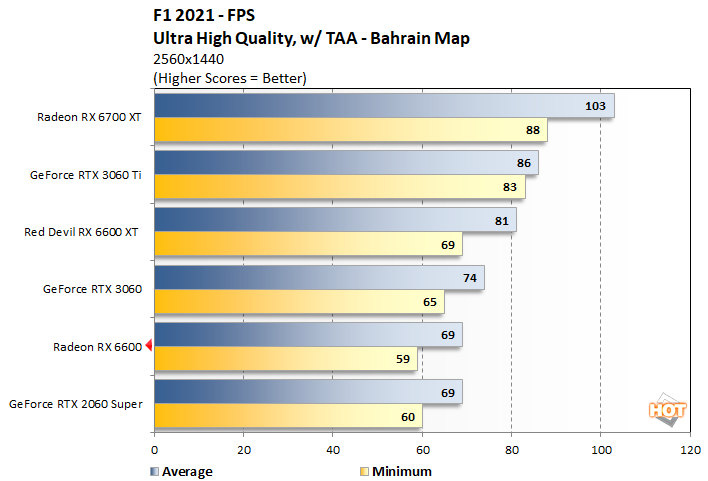 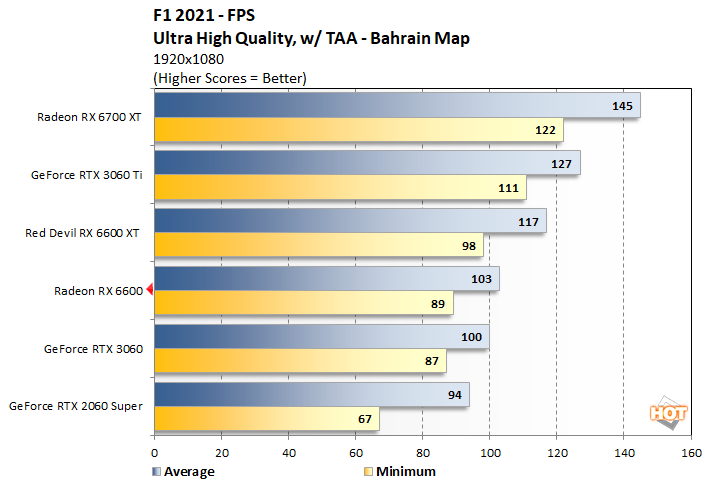 We tested this game with its Ultra High preset, which enables Ray Tracing effects, so the Radeon RX 5x00 series cards are absent from the results here as well. Once again we see the Radeon RX 6600 putting up more competitive numbers at 1080p, though even at the higher resolution, it hangs well with the GeForce RTX 3060 and 2060 Super.
PREV PAGE NEXT PAGE