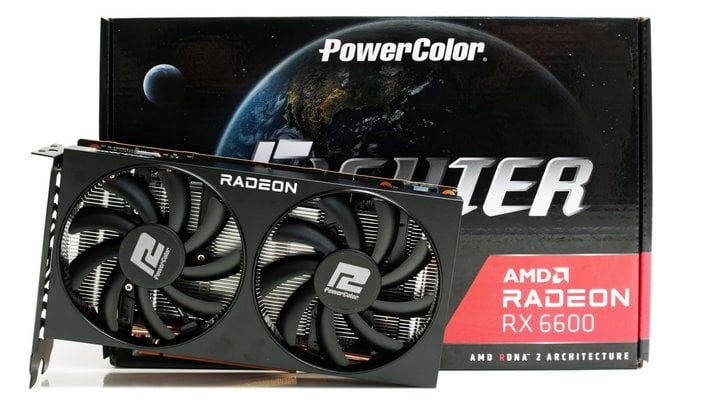 AMD is expanding its mainstream RDNA 2 graphics card line-up today with another Navi 23-based offering, the new Radeon RX 6600. As its name implies, the Radeon RX 6600 is a close relative to the Radeon RX 6600 XT, which launched just a few weeks back. This card also targets roughly the same audience, i.e. budget conscious 1080p gamers, though with proper support for FSR and a growing number of titles that enable it, smooth framerates at higher effective resolutions are also going to be possible.

As was the case with the Radeon RX 6600 XT, AMD itself won’t be making its own reference cards for retail. Instead, AMD is leaning on its board partners for Radeon RX 6600 designs and there will be quite a varied selection from all of the usual suspects, like PowerColor, ASUS, Sapphire, XFX and others. Take a peek at the Radeon RX 6600’s main features and reference specs below, and then we’ll dig in a little further and see what this card is all about... 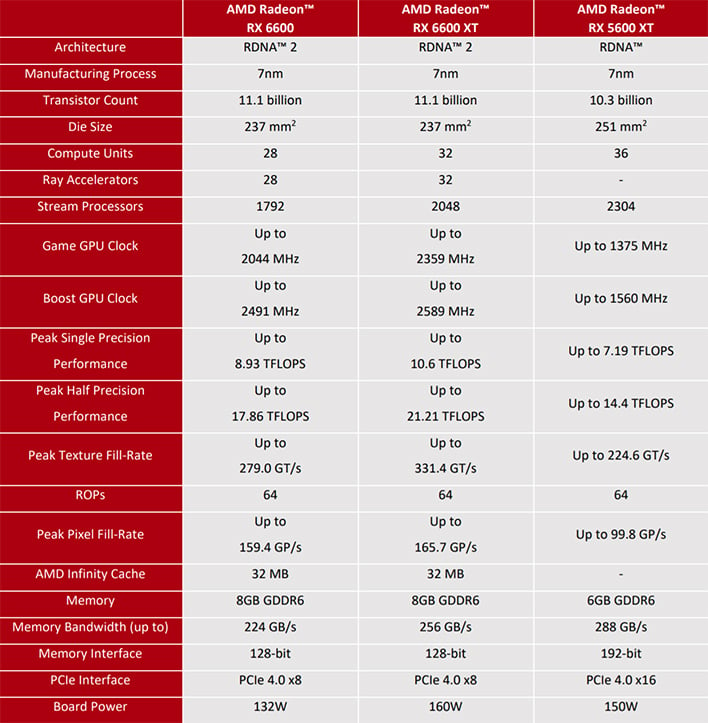 Find Radeon RX 6600 Cards @ Amazon
The table above shows how the new Radeon RX 6600 stacks up to its counterparts in AMD’s GPU line-up. As you can see, the Radeon RX 6600 is based on the same physical GPU (Navi 23) as the higher-end Radeon RX 6600 XT, which is manufactured on TSMC’s 7nm node and is comprised of roughly 11.1 billion transistors. A quartet of compute units are disabled on the Radeon RX 6600, however, which brings the Ray Accelerator count and total number of stream processors down to 28 and 1,792, respectively. 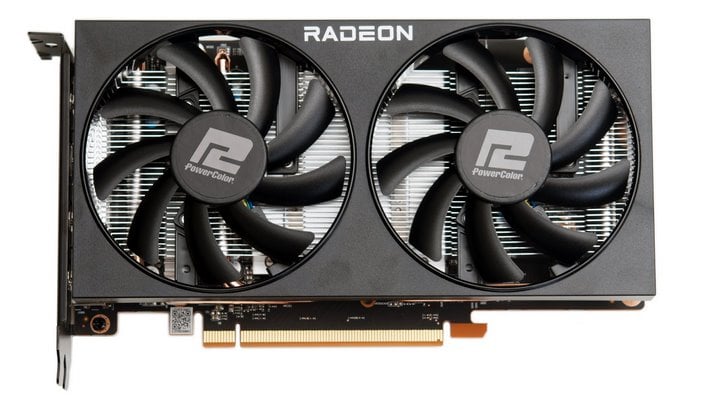 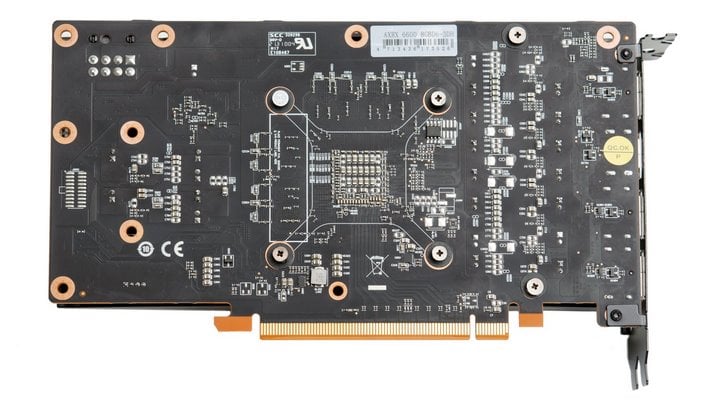 Despite being manufactured using a similar 7nm process and being comprised of more transistors than the previous-gen Radeon RX 5600 XT GPU, the Navi 23 chip powering the Radeon RX 6600 has a somewhat smaller die size. It also has fewer compute units (and fewer stream processors as a result), but because it is based on the newer RDNA 2 architecture, it incorporates Ray Accelerators and 32MB of Infinity Cache to enable hardware accelerated DXR support and higher effective memory bandwidth, at least when the Infinity Cache comes into play. The newer Navi 23 GPU is also capable of hitting much higher clock speeds than the previous-gen 5600 XT, so the 6600 ends up offering higher compute performance and fillrate as a result.

Memory bandwidth, however, is significantly reduced versus the previous-gen, thanks to the narrower 128-bit memory bus (224GB/s vs. 288GB/s). That 32MB of Infinity Cache and RDNA 2’s architectural enhancements can somewhat negate this deficiency in real-world gaming scenarios with many workloads, though. Radeon RX 6600 cards, like the XT version, only have PCI Express x8 electrical connection. This will help reduce peak power, but also technically cuts slots bandwidth in have. We’ll see how these two things effect performance once we get to the benchmarks.

The Radeon RX 6600’s typical board power is rated for 132 watts, but board partners will be offering cards at different power levels according to AMD. 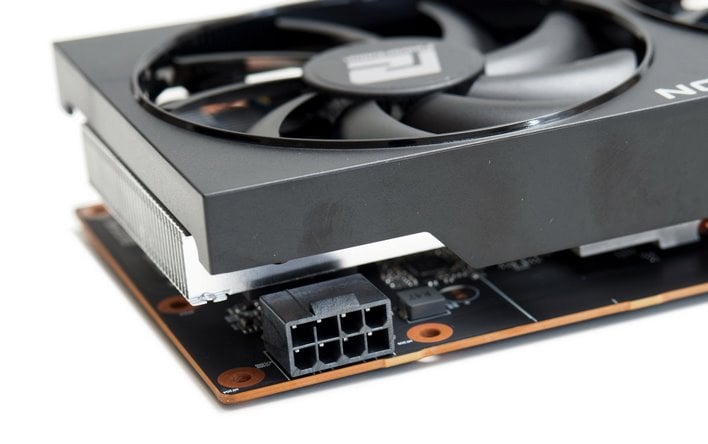 To evaluate the Radeon RX 6600, we got our hands on a retail-ready board from PowerColor. The Radeon RX 6600 Fighter you see here looks identical to the 6600 XT version we took a look at just a few weeks back.

It features a dual fan cooler, with multiple heatsinks and copper heatpipes, but it is significantly smaller and lighter than some higher-end cards, like PowerColor’s own Red Devil series, for example.

The PowerColor Radeon RX 6600 XT Fighter’s clock speeds are in-line with AMD’s reference specifications, which call for a 2,044MHz game clock and a 2,491MHz boost clock, and it features the same 8GB of GDDR6 memory as well.

The PCB lacks any sort of backplate, leaving the board fully exposed, there is no lighting or addressable RGB accents to be found either, and the card requires only a single PCIe power connector. The output configuration consists of a trio of full-sized DisplayPorts (v1.4) and a single HDMI port (v2.1). Overall, versus higher-end (and more expensive) graphics cards, the PowerColor Radeon RX 6600 Fighter’s design elements are somewhat more subdued. The design is also somewhat shorter and thinner too; this card is only two slots wide, versus the 2.7 - 3 slot width of many higher-end offerings.

And with that, it’s time to plug in the PowerColor Radeon RX 6600 and see how she performs...