We used the Moto One 5G Ace in San Francisco, primarily on T-Mobile’s sub-6GHz 5G network, and didn’t experience any issues with call quality or data speeds. Unfortunately, we didn’t have any 5G-compatible SIMs to test 5G on AT&T or Verizon, but 4G LTE was problem-free on these networks. The Ace includes broad support for sub-6GHz 5G and 4G LTE bands in the US, and even legacy CDMA bands for Verizon. 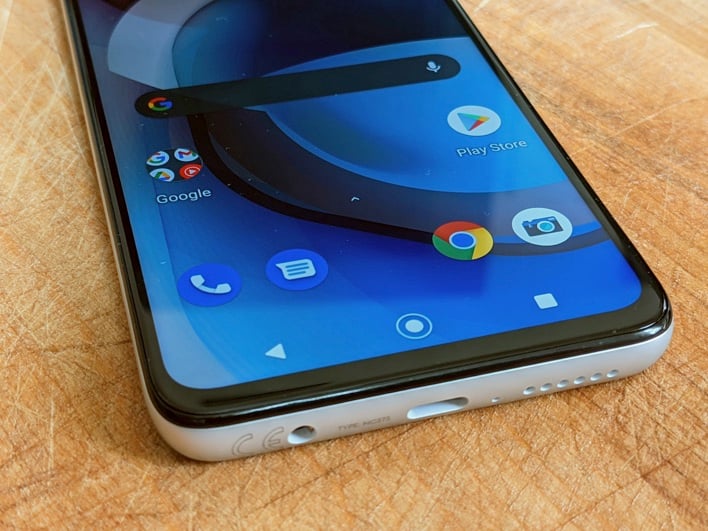 On the audio front, the Ace only has a mono speaker, and while it’s loud and clear enough for calls, it isn’t well suited for music or anything much beyond the occasional TikTok video. At least the headphone jack sounds better than most. But while the DAC is clean, the amp isn’t meant to power high-impedance headphones or earbuds. The Ace also supports aptX HD and LDAC for lossless audio over Bluetooth.

For North America, Moto paired this chip with 6GB of RAM and 128GB of storage (expandable via microSD up 1TB). That’s better than the 4GB RAM on the One 5G, although the Ace comes in a 4GB / 64GB version in other markets. Perceived performance is excellent. This phone ran our standard collection of apps without skipping a beat. And while it isn’t targeting hard-core gamers, it handled PUBG Mobile just fine. 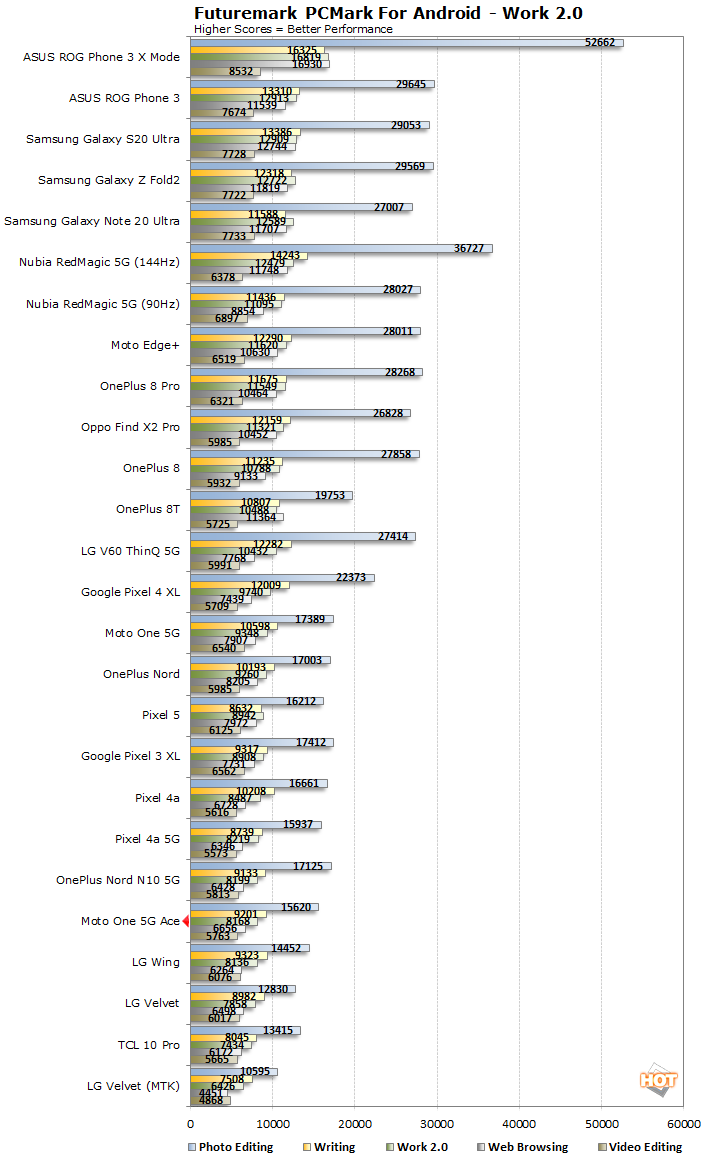 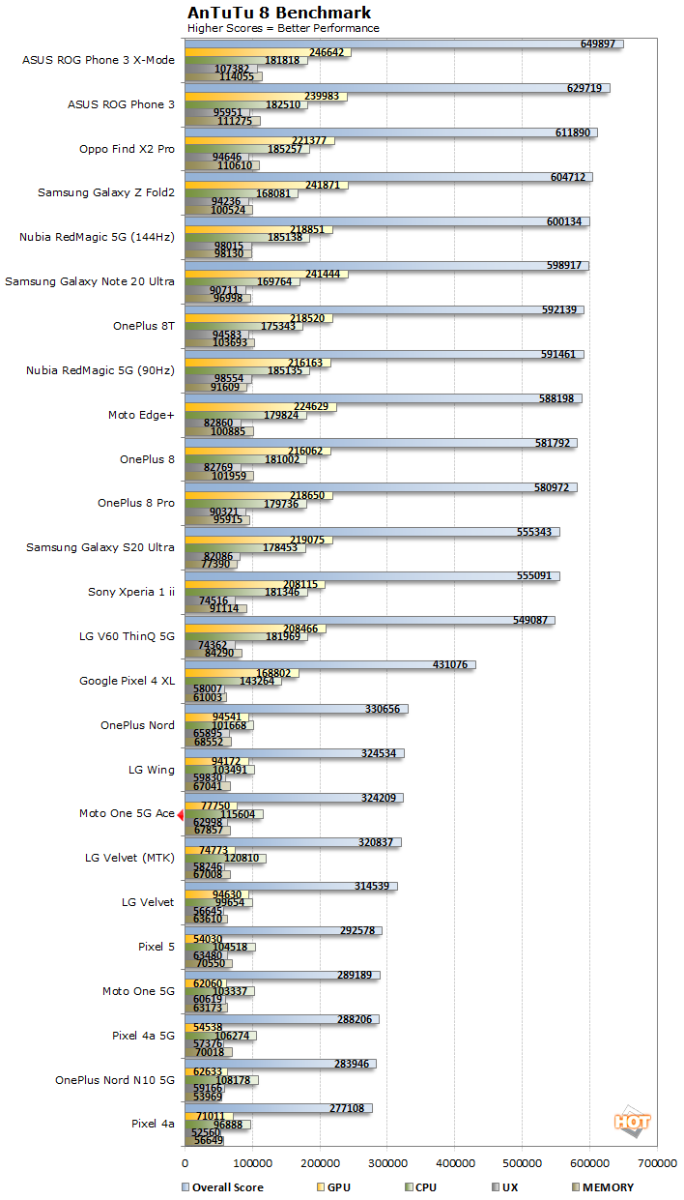 We were expecting more of the same in the AnTuTu benchmark. But here, the Ace slots right in-between the Snapdragon 765G-equipped LG Velvet and OnePlus Nord. It even beats its older sibling, the Snapdragon 765-equipped Moto One 5G.

Normally we have an AiTuTu result here. AITuTu evaluates the AI performance of a device by leveraging two mainstream neural network models for machine learning and AI -- Inception v3 for Image Classification and MobileNet-SSD for Object Detection. The benchmark determines the device’s accuracy and speed when inferring data from each workload.
Unfortunately, while we were able to start AITuTu on the Ace, it just kept hanging while loading just before starting the image classification test. The Ace remained responsive, but AITuTu never completed. We tried both the latest APK from AnTuTu and an older known working APK without luck. 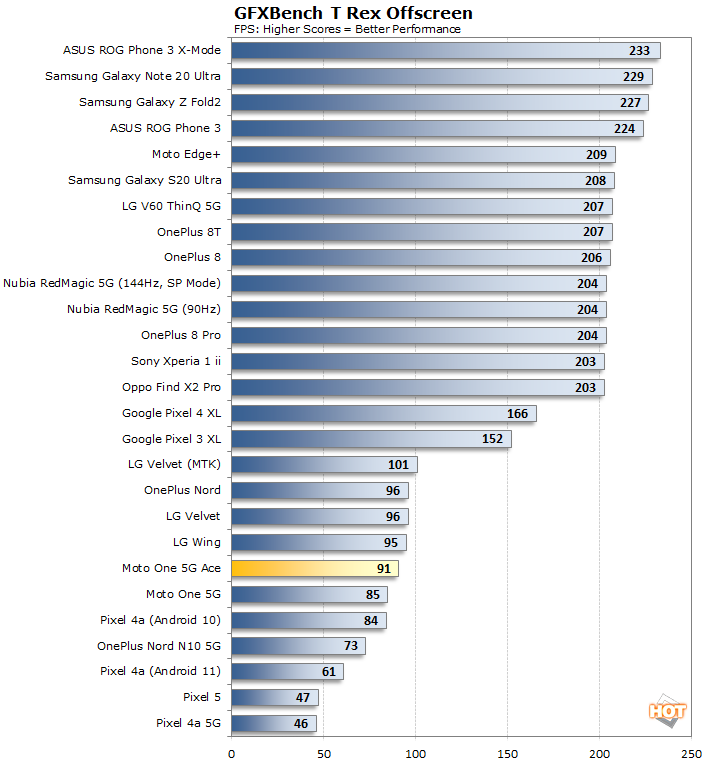 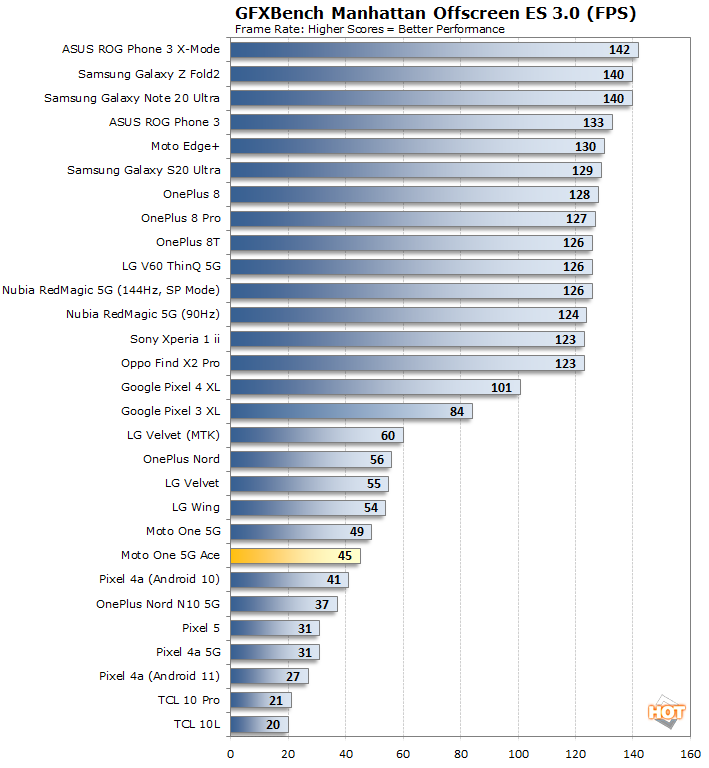 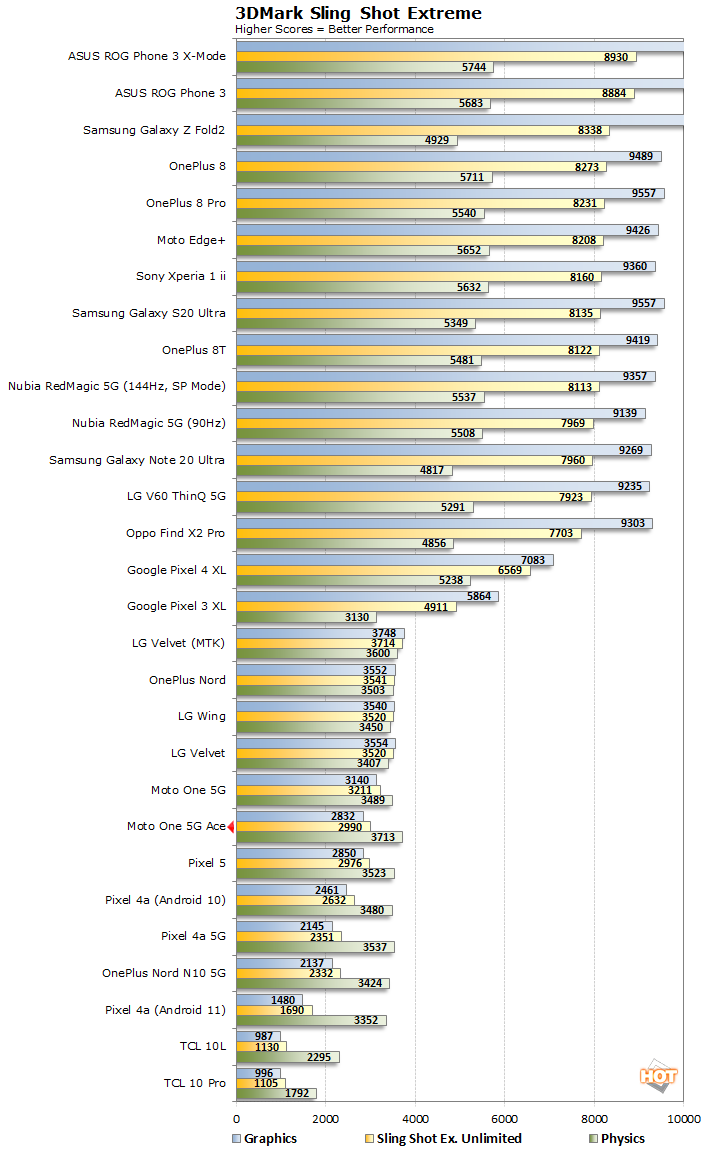 Moto One 5G Ace Other Features and Battery Life 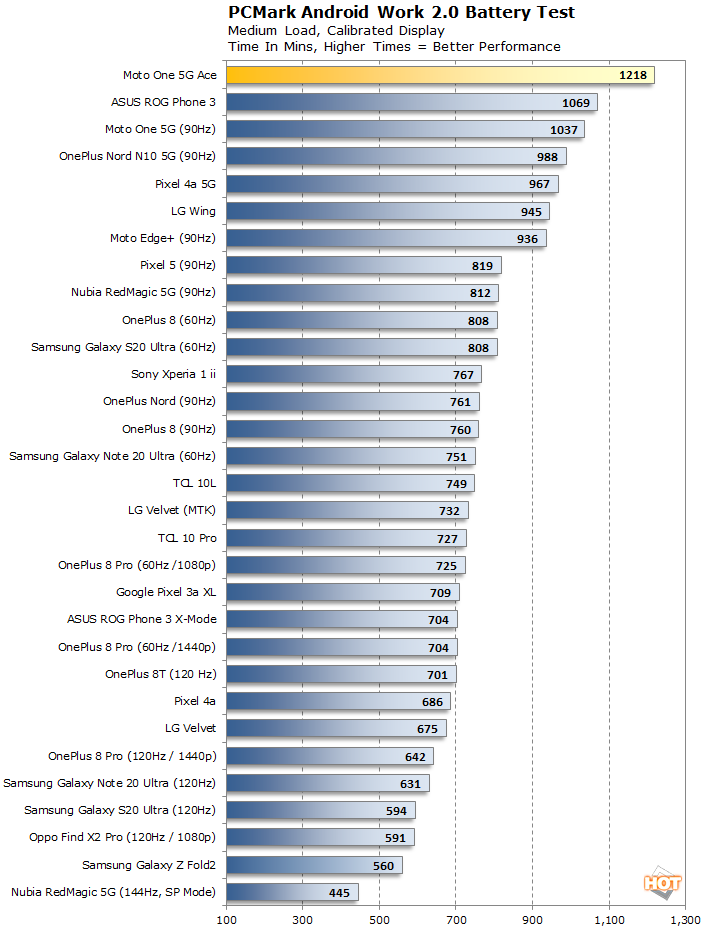 Battery life is where the Ace really lives up to its name. It (ahem...) aced our PCMark battery test with a score of 20 hours and 18 minutes, replacing ASUS’ mighty ROG Phone 3 in the top spot. While the large 5000mAh cell and 60Hz refresh rate surely help, the Snapdragon 750G is obviously quite efficient. Basically, the Ace will easily last two days on a full charge, and when it’s time for a refill, it supports 15W (USB PD) charging.