We began our testing with the latest version of SiSoftware's SANDRA 2020, the System ANalyzer, Diagnostic and Reporting Assistant. We ran four of the built-in sub-system tests that partially comprise the suite with the Core i9-9900KS (CPU Arithmetic, Multimedia, Cache and Memory, and Memory Bandwidth). All of the scores reported below were taken with the CPU running at its default settings, with 32GB of DDR4 RAM running at 2,933MHz, in quad-channel mode, on the Gigabyte X299 Aorus Gaming motherboard. 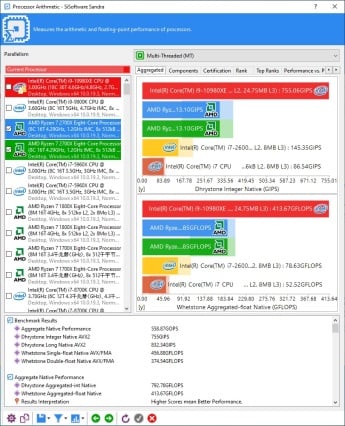 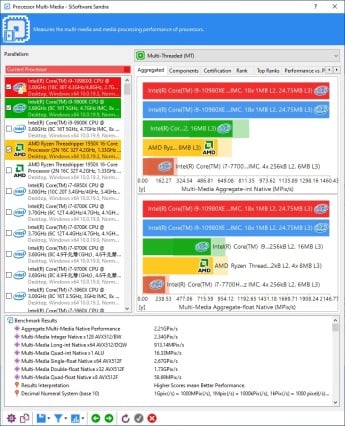 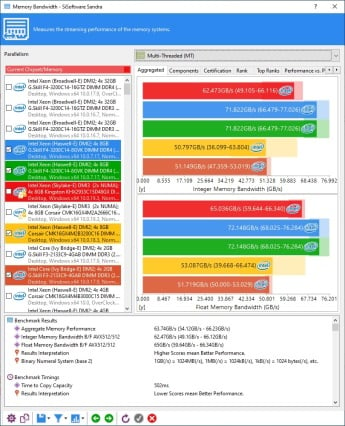 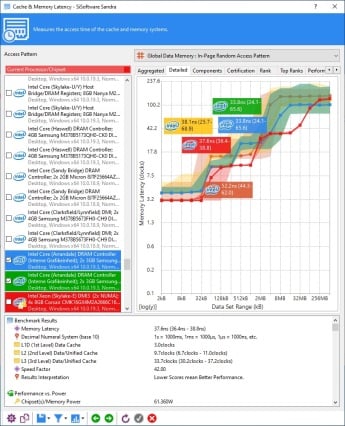 The Core i9-10980XE is obviously one of the highest performing Intel desktop processors in the various SiSoft SANDRA benchmarks we ran. In the CPU Arithmetic benchmark, the processor breaks the 558GOPS mark and in the Multi-Media benchmark is achieves an aggregate score of 2.21GPix/s, which is about double the score of an 8-core Core i9-9900K. Backed by its somewhat faster memory speeds (2933MHz vs. 2666MHz on 9th Gen parts), the Core i9-10980XE breaks 63GB/s in the Memory Bandwidth test and latency looks good across the board in the Cache and Memory test. 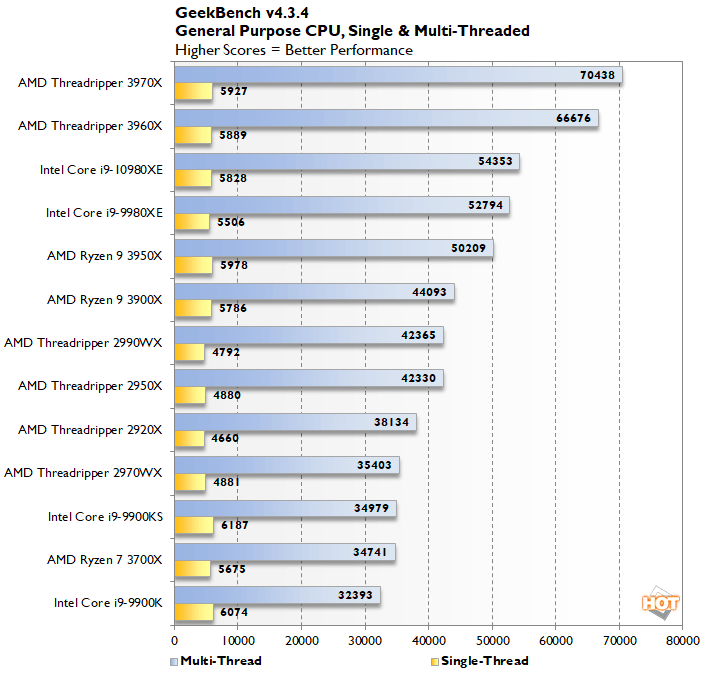 The Core i9-10980XE puts up the strongest multi-threaded score of all of the Intel desktop processors, due to its slightly higher clocks. It's single-threaded score shows a nice boost in performance versus the 9980XE, but it's not quite as fast as the higher-clocked Core i9-9900KS, which also features a somewhat newer microarchitecture.
Next, up we have some full-system testing with PCMark. We're reporting all test results from the PCMark 10 benchmark suite, including the Essentials, Productivity, Digital Content Creation and and total PCMark score. The Essentials test covers workloads like web browsing, video conferencing and app start-up times, while Productivity tests everyday office apps from spreadsheets to word processing. Finally, the Digital Content Creation test evaluates performance of a machine with respect to photo and video editing, as well as rendering and visualization. 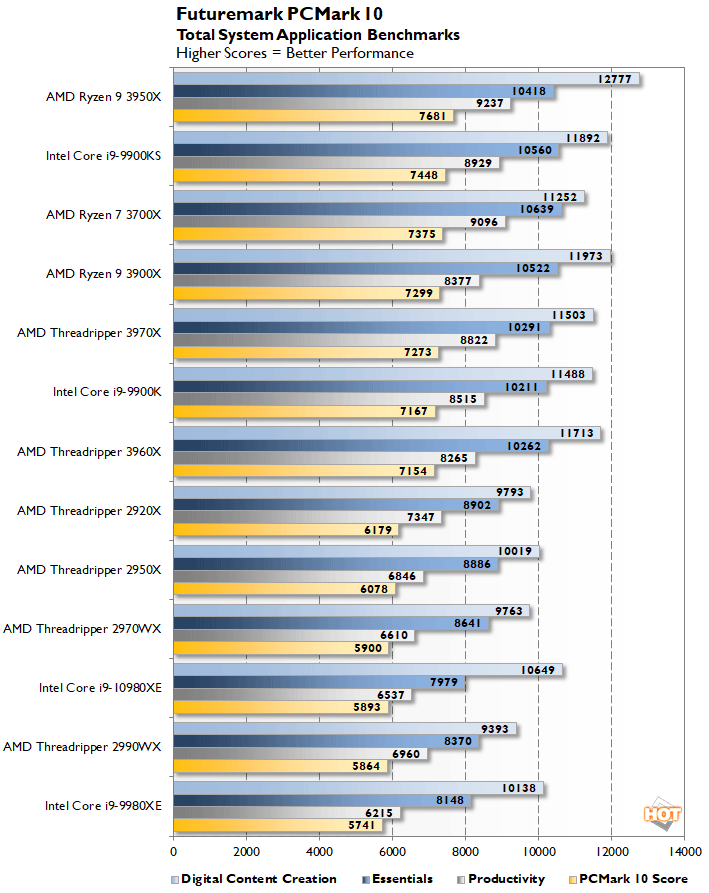 Save for a few sub-tests, PCMark 10 doesn't fully exploit all of the capabilities of Intel's current HEDT processors, hence their positions toward the bottom of the stack here. The Core i9-10980XE does show a healthy bump versus the Core i9-9980XE, but if tooling around in Office and Productivity apps takes up the majority of your time, higher-clocked, lower-power, more affordable mainstream processors are a better choice.
PREV PAGE NEXT PAGE