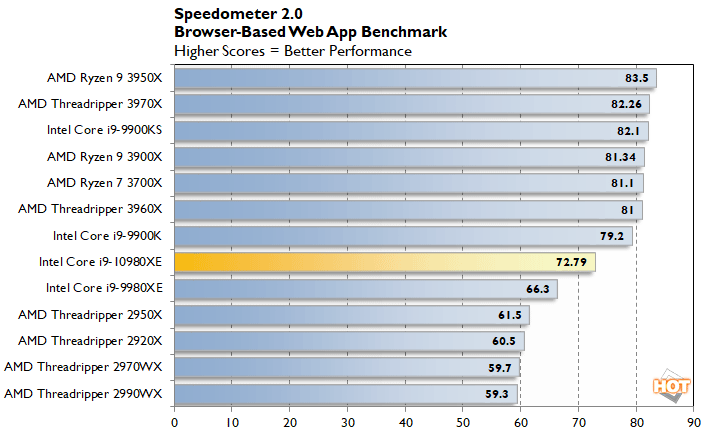 Once again we see the Core i9-10980XE offering a nice boost in performance versus the Core i9-9980XE, but it can't quite catch the latest Ryzen 3000 series processors or the higher-clocked Coffee Lake-based Core i9-9900K/S here. 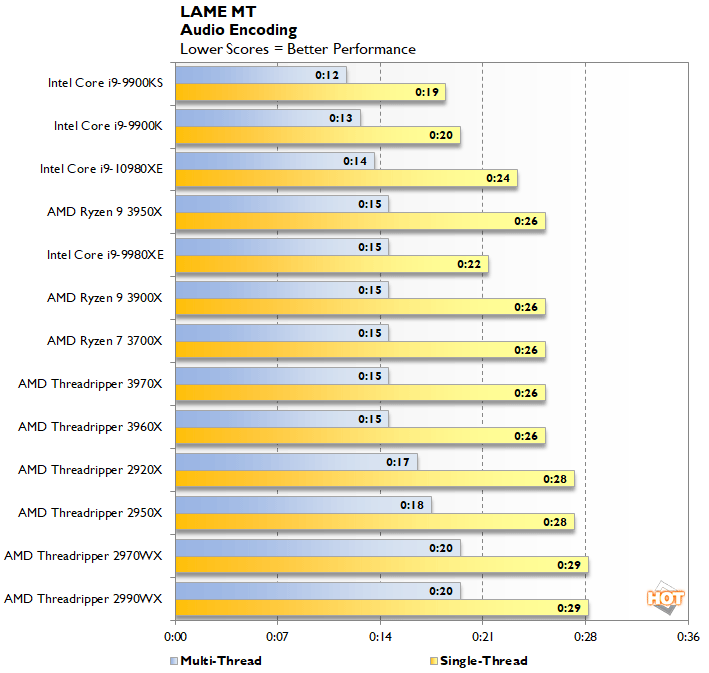 The highest-clocked Intel processors -- the Core i9-9900K and special edition Core i9-9900KS -- take top honors in our audio encoding tests, but the Core i9-10980XE finishes right behind them. The new Turbo Boost behavior that allows two cores to achieve maximum boost gives the chip a significant edge here versus the Core i9-9980XE in the MT test (which will only leverages two threads), but for some reason the chip didn't boost quite as high in the single-thread test, hence its somewhat lower score. 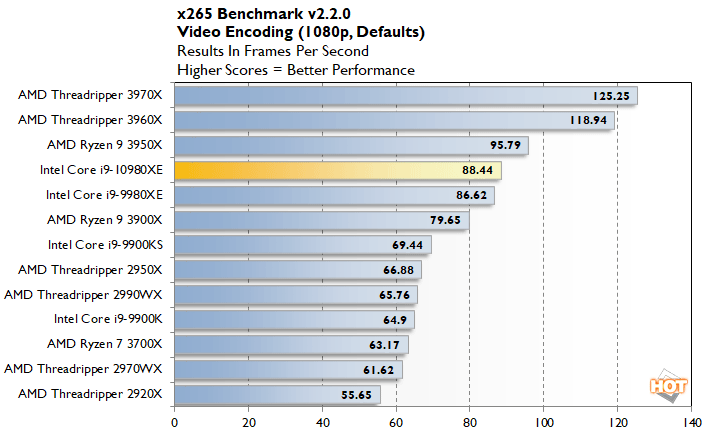 AMD's recently-released Ryzen 9 3950X finishes out in front of the Core i9-10980XE in this video encoding test. Intel's latest flagship HEDT processor, however, does manage to outrun its predecessor, though the delta separating the two processors is relatively small. 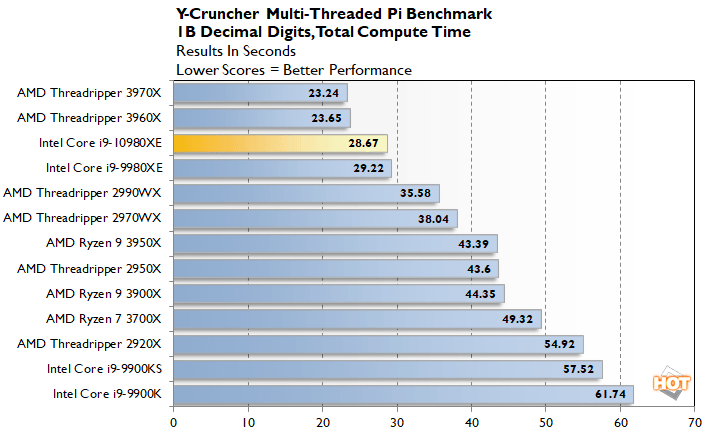 The Core i9-10980XE's higher memory and core clocks once again allow it to beat the Core i9-9980XE and propel it ahead of all of the other Intel-made processors we tested.
PREV PAGE NEXT PAGE