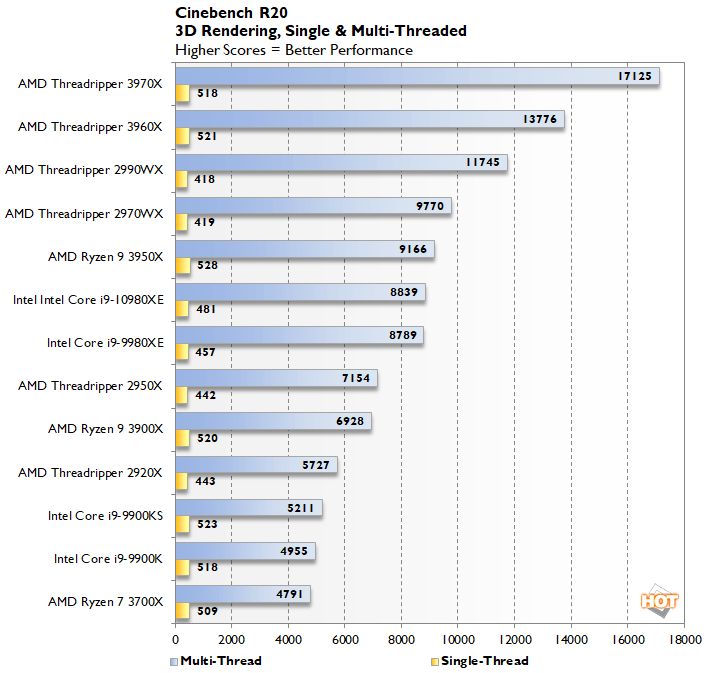 The Core i9-10980XE shows a healthy single-thread performance uplift versus the Core i9-9980XE and manages to outpace its predecessor in the multi-threaded benchmark as well, though it is by less than 100 points. AMD's Ryzen 9 3950X, however, outguns the Core i9-10980XE here, and the many-core Ryzen Threadrippers are simply in another class altogether. 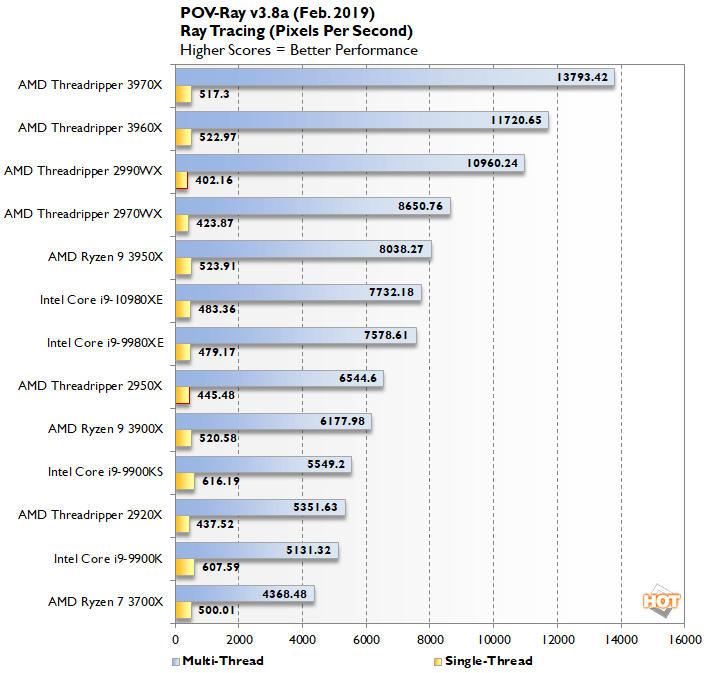 The POV-Ray benchmark tells a story similar to Cinebench's, though the Core i9-10980XE's single-thread advantage over the 9980XE is much smaller. The Core i9-10980XE's multi-threaded score is measurably better than the 9980XE, though. Those pesky Ryzen 9 3950X and many-core Threadrippers, however, maintained their leads and finish at the tops of the charts. 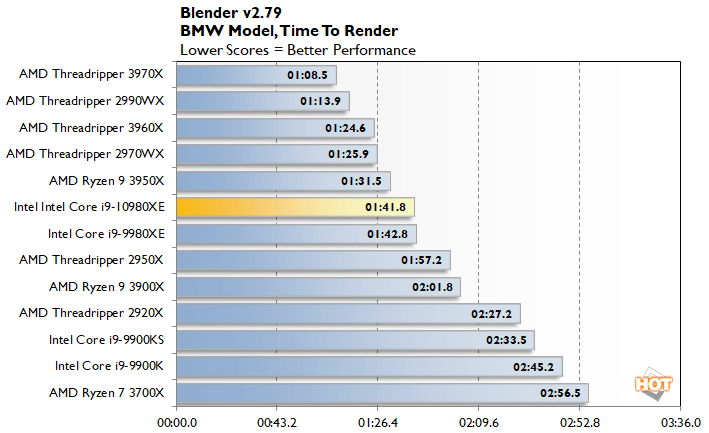 The Core i9-10980XE barely edged-out the Core i9-9980XE in the Blender benchmark, but it did technically pull off a win here versus its predecessor. The Ryzen 9 3950X and Threadrippers continued their strong performance in this heavily-threaded test though, and once again they led the pack. 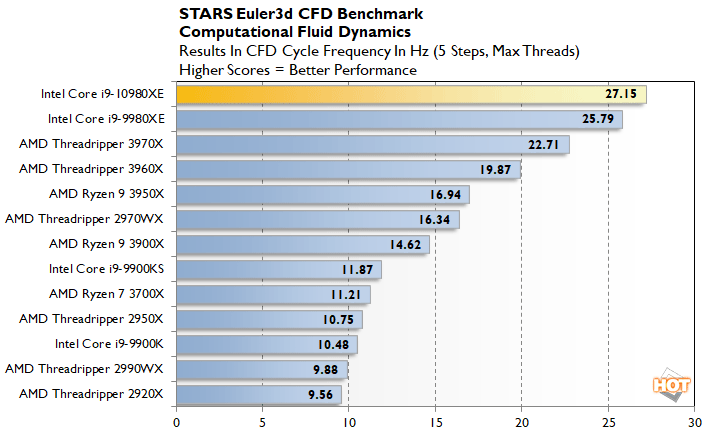 Memory and cache bandwidth, latency, and CPU throughput all play a role in this benchmark, and all of these areas are improved on the Core i9-10980XE versus the Core i9-9980XE. As such, Intel's latest flagship jumps out into the lead and takes the win here.
PREV PAGE NEXT PAGE