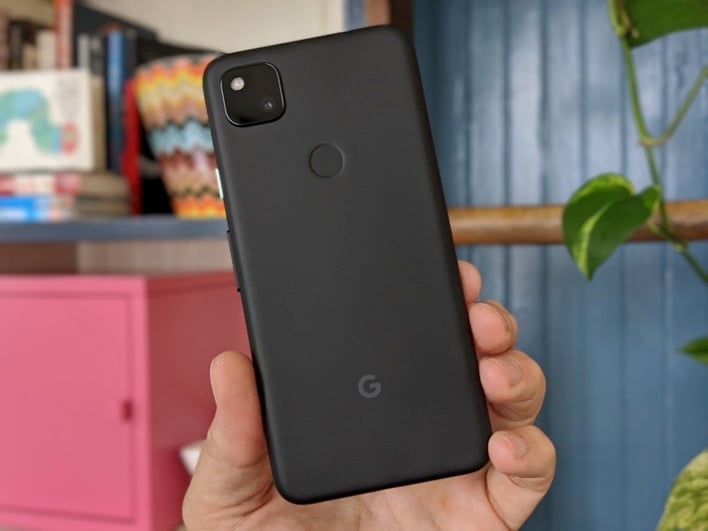 Google’s Pixel phones are well known for their superb cameras, timely updates, and unique features (Call Screen, Now Playing, etc...) But the company’s handset strategy -- and its lineup -- is difficult to decipher. It’s like Google is beating its own drum, blissfully (or purposefully) unaware of the market.
On one side, you have the Pixel flagships, which are tough sells due to their relatively high prices, lackluster specs in light of competitive offerings, and other compromises (like middling battery life). For example, there was the Pixel 3 XL, with its massive notch and sparse 4GB of RAM, and there’s the Pixel 4 and 4 XL with their top-heavy bezel, missing ultrawide camera, and unsupported biometric API.

Then, on the other end the spectrum -- where the new $349 Pixel 4a resides -- it's a completely different story. Here you have Google’s mid-range Pixels, which are affordable, well rounded, delightful to use, and easy to recommend. Last year's Pixel 3a, in particular, was well-received by the media and consumers alike, making it a best-seller.

And now, after months of leaks and rumors, we finally have the Pixel 4a to review. This phone retains everything we loved about last year’s Pixel 3a, but boasts improved specs for $50 less than its predecessor. What’s the catch, then? It only comes in one size (small), and in one color (Just Black). Regardless, is this still the mid-range Android handset to beat? Is the camera just as impressive as before? Should you buy one or wait for the Pixel 4a 5G? Let’s find out.

Here at HotHardware, we’re all about the hottest hardware, both figuratively and literally -- fast chips get toasty, right? But specs and performance are only part of the story when it comes to evaluating phones. Software, features, and user experience are even more critical. These devices are our most important -- and most personal -- computers. It’s easy to look at handsets like the Pixel 4a (or TCL 10-series) and scoff, but really, we shouldn't.

As we dive into this review, remember that generally speaking, mid-range phones rule the world. From an engineering perspective they are even more challenging to design than flagships, because they still have to deliver on the five pillars -- build quality, display, camera, performance, and battery life -- but at a lower price point. It’s a tricky balancing act. And, in this time of economic uncertainty and $1000 flagships, mid-rangers are a more significant consumer option than ever.

Google Pixel 4a Hardware And Design

First impressions matter. The Pixel 4a is Google’s sharpest looking phone yet, especially from the front. At 144 x 69.4 x 8.2mm and 143g, it’s slightly shorter and lighter than the Pixel 3a, but packs a larger 5.8-inch display (vs. 5.7-inch), thanks to an all-screen design. The thin, iPhone 11-like bezels and 8MP punch hole selfie camera give the Pixel 4a a modern vibe. And we’re big fans. What we don’t like as much, though, is the plastic unibody build. 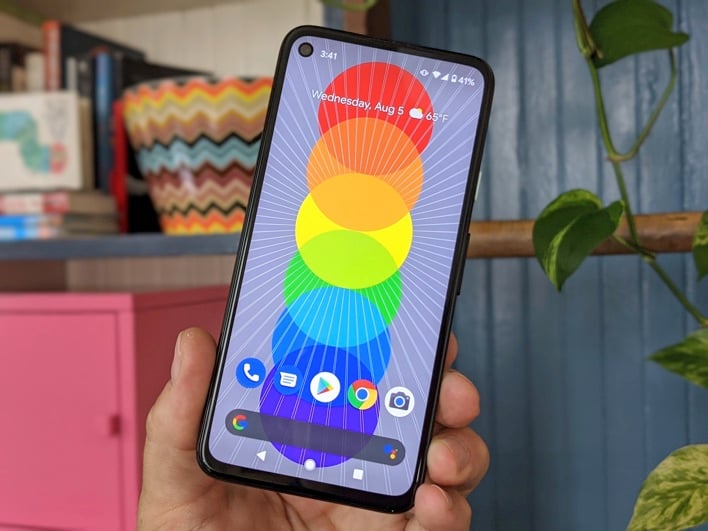 See, the Pixel 4a is only available in a black soft-touch finish that’s simply not as refined as the Pixel 3a’s smooth and precise matte plastic. It’s a durable design, but it looks and feels a little cheap (relatively speaking), much like a Nexus 5 but with a curvier shell. At least Google’s being deliberate with its use of polycarbonate here, rather than trying to imitate other materials like the OnePlus Nord’s fake metal mid-frame and the Galaxy Note 20’s fake glass back.

While we miss the Pixel 3a’s lovely Purple-ish hue, the Pixel 4a’s design is honest -- what you see is what you get. In the back, there’s a black glass square pod that houses the single 12MP shooter and LED flash, the capacitive fingerprint sensor, and Google’s logo. Under its skin, you’ll find a smallish 3140mAh battery and the NFC antenna. Sadly, the Pixel 4a lacks wireless charging or an IP rating for water resistance. Oh well. 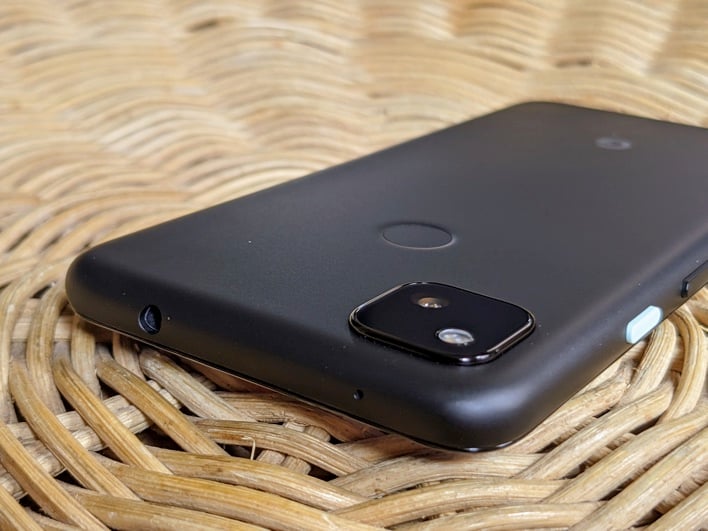 There’s a teal power / lock key (for a clever dash of color) and black volume rocker on the right side, while the SIM tray is located on the left. You’ll find a speaker, USB Type-C connector (USB 3.0), and primary mic along the bottom edge, plus a headphone jack and secondary mic on top. Following in the Pixel 3a’s footsteps, the earpiece above the screen and the bottom speaker make a stereo pair, which is a bonus at this price point.


Check out our unboxing video and detailed specs below...

For the Pixel 4a, Google picked a high-quality 5.8-inch FHD+ (2340 x 1080 pixels, 443ppi) OLED display with a 19.5:9 aspect ratio. Obviously, this is just a 60Hz panel, but it looks modern thanks to rounded corners, small bezels, and a punch hole in the top left corner for the front shooter. Colors are vibrant, blacks are infinite, and viewing angles are excellent. We wish it was brighter in direct sunlight, but otherwise this is a great display. 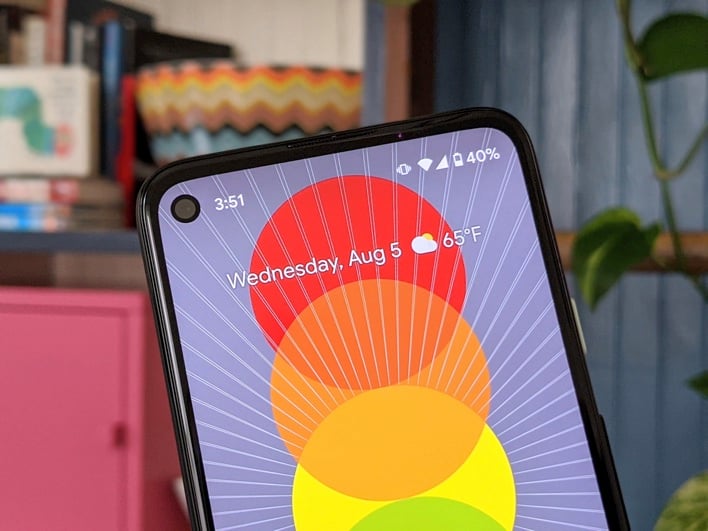 Now let's discuss the Google's Pixel 4a cameras in detail...