Following a barrage of leaks and rumors over the past several weeks, Google today officially unveiled the Pixel 4a, an affordable phone that is somewhat the antithesis to those pricey flagships that command a grand or more. In this case, the pre-release chatter was spot on—the Pixel 4a can be had for just $349, and it is available to preorder right now.
You can preorder the Pixel 4a at Amazon or direct from Google, both of which have it listed for $349. To put that price into perspective, Apple's iPhone SE starts at $399, and the OnePlus Nord starts at €399 (it's not listed in the US yet). Not that these three phones are exactly the same by any stretch, but on pricing along, the Pixel 4a has the edge.
As for the hardware and features, here are the confirmed specifications... 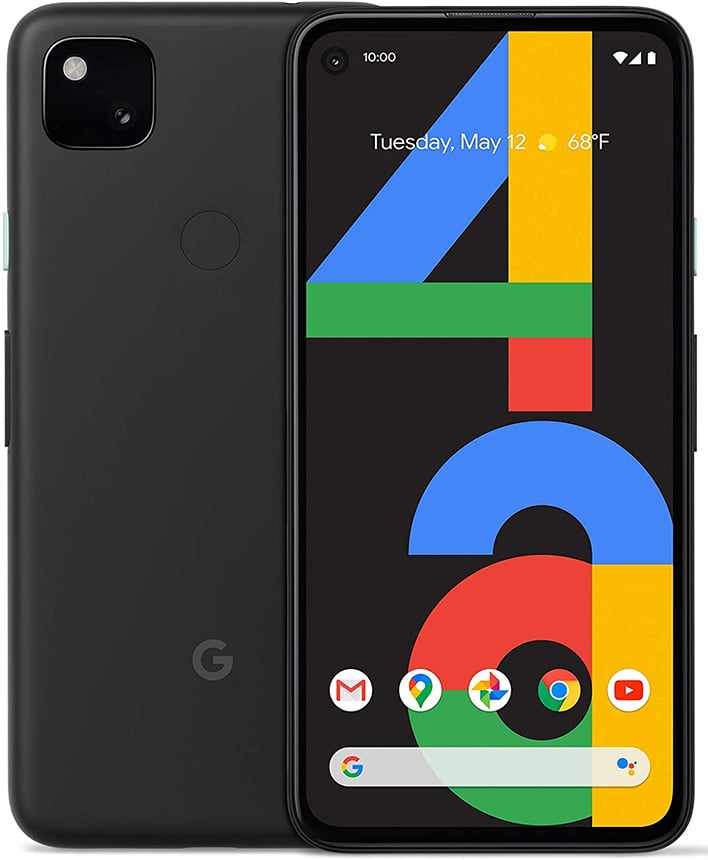 This is essentially a cheaper, cut-down version of the Pixel 4 and Pixel 4 XL, though it's designed differently. One of the things Google is touting on the Pixel 4a is the full-screen display with a "transmissive hole" for the front camera. In other words, the bezel is virtually eliminated on the Pixel 4a, and a punch-hole houses the selfie shooter.
It is an intriguing addition to the relatively affordable smartphone category. For comparison, the Pixel 4 costs more than twice as much, at $799 (Pixel 4 XL goes for $899). If you don't need the additional horsepower and can do without some of the advanced features (like more cameras), the Pixel 4a looks like a promising substitute.
The Pixel 4a will release on August 20, which is pretty close to when the Pixel 4a 5G ($499) and Pixel 5 will arrive.