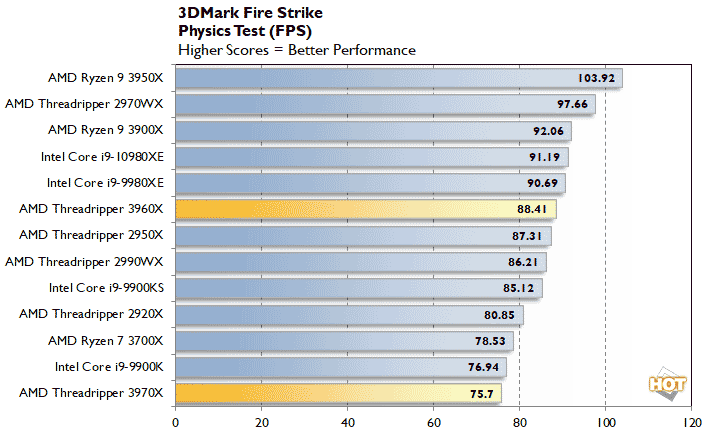 The 3DMark Physics CPU benchmark behaved erratically on AMD's Threadripper processors -- their results were all over the map (and showed significant variation from run to run). The 3960X end up finishing about in the middle of the pack, while the 3970X brings up the rear. The 16-core Ryzen 9 3950X, however, led the pack with the 2970X nipping at its heals.

We also ran some high-resolution game and graphics tests on our test rigs 3DMark, Middle Earth: Shadow Of War and Rise Of The Tomb Raider. We used 3DMark's Fire Strike Extreme preset, and both of the games were run in two different configurations -- either 1080p with Medium details, or 4K with High/Very High details. The lower resolution tests are more CPU bound, while the higher resolution tests are more GPU bound. 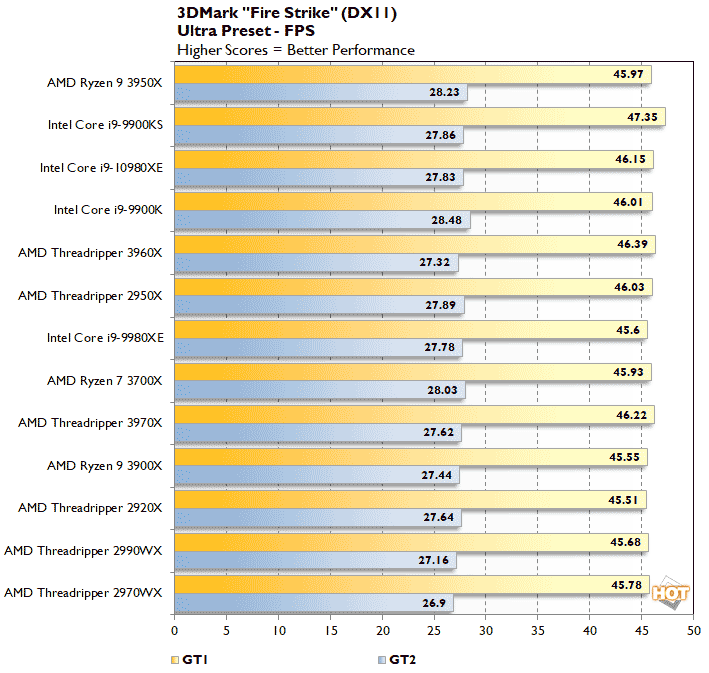 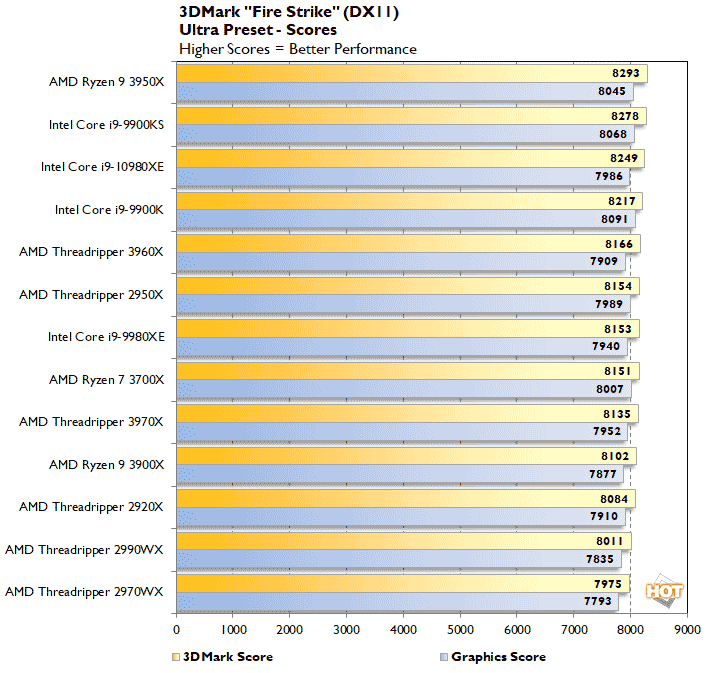 Those funky CPU Physics results didn't drag down the overall 3DMark scores of effect the graphics-related tests. In 3DMark Fire Strike, which is mostly GPU bound, all of the high-end platforms finish withing striking distance of one another, with only a few points separating the highest and lowest scores. 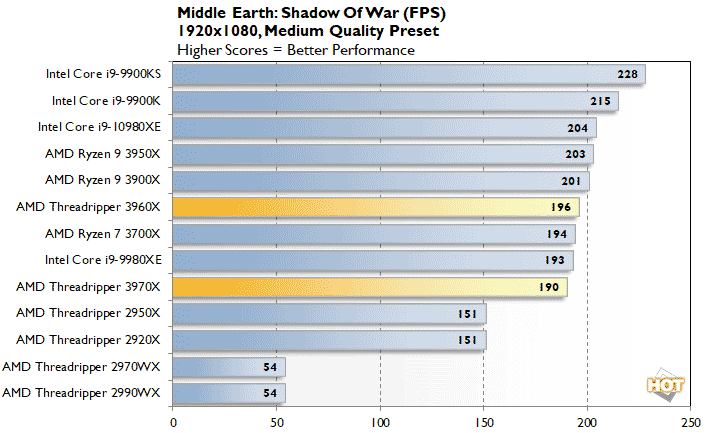 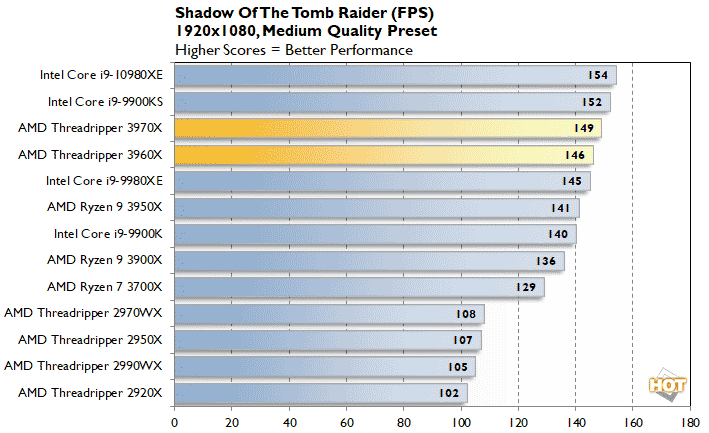 With the latest Windows updates and drivers, the previous-gen Threadrippers falter in Shadow Of War and offers unexpectedly low performance. They also trail in Shadow Of The Tomb Raider. The new 3rd Gen Ryzen Threadripper 3000 series processors, however, offer much higher performance that's competitive with some of the higher-clocked processors out there. They can't quite catch the lower core-count mainstream processors, which are better suited to gaming, but they're right there in the mix. 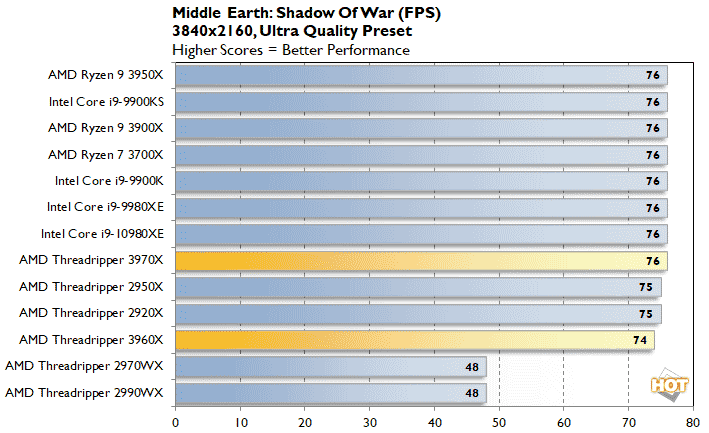 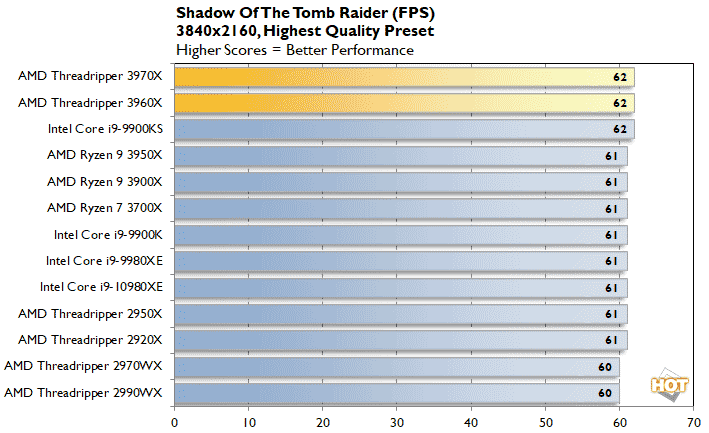 When you crank up the resolution and image quality though, and the performance bottleneck shifts more onto the GPU than the CPU, the playing field levels off, and only a couple of frames per second separate all of the processors and platforms we tested, save of the wonky Threadripper WX-series results in Shadow Of War.
PREV PAGE NEXT PAGE