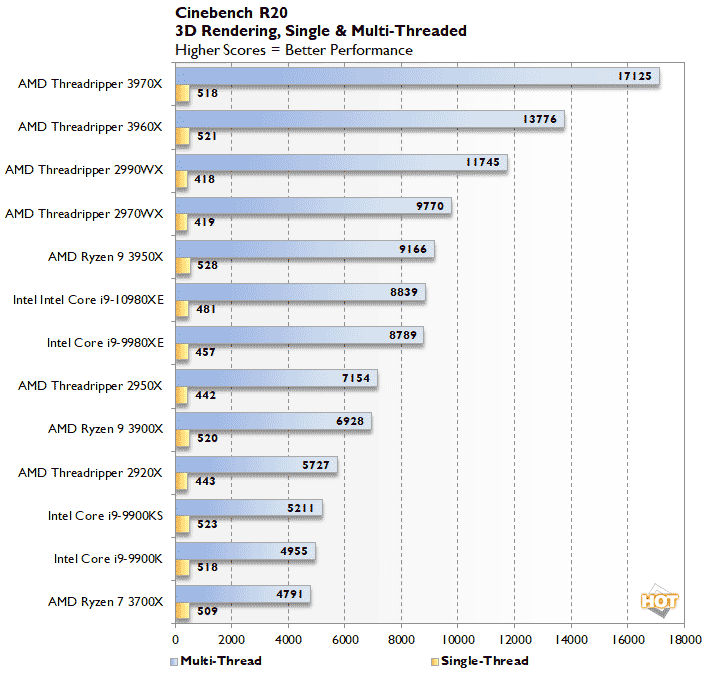 No, your eyes aren't deceiving you. What you're seeing here in the Cinebench R20 benchmark are the new 3rd Gen Ryzen Threadripper dominating Intel's flagship HEDT processor, the Core i9-10980XE, in both the single and multi-threaded tests. The Threadripper 3960X outpaced the 10980XE by a whopping 55.8% and the 3970X put up a jaw-dropping 93.7% higher score. 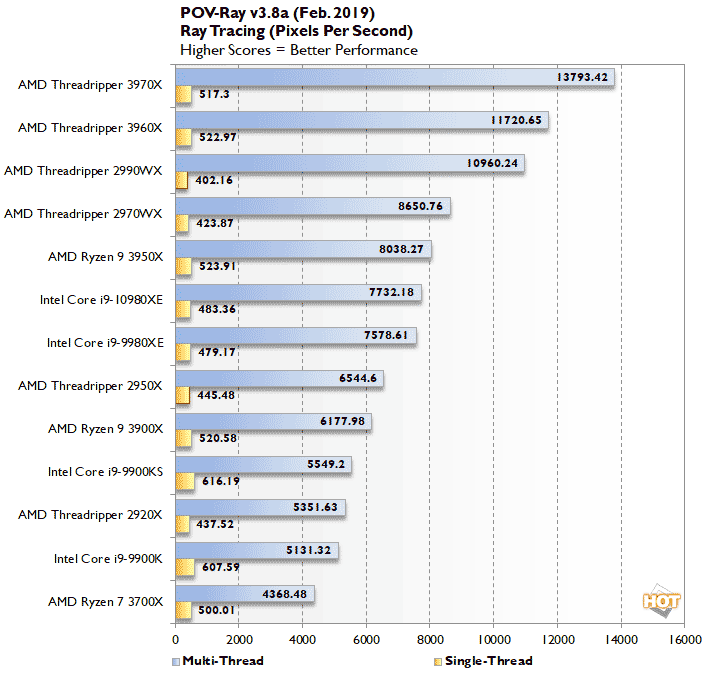 Our results in the POV-Ray benchmark mirror what we saw in Cinebench R20. The new 3rd Gen Ryzen Threadripper perform well in the single-threaded test and simply crush everything else in the multi-threaded test, by a wide margin. The 24-core Threadripper 3960X is even able to outrun the 32-core 2nd Gen Threadripper 2990WX. 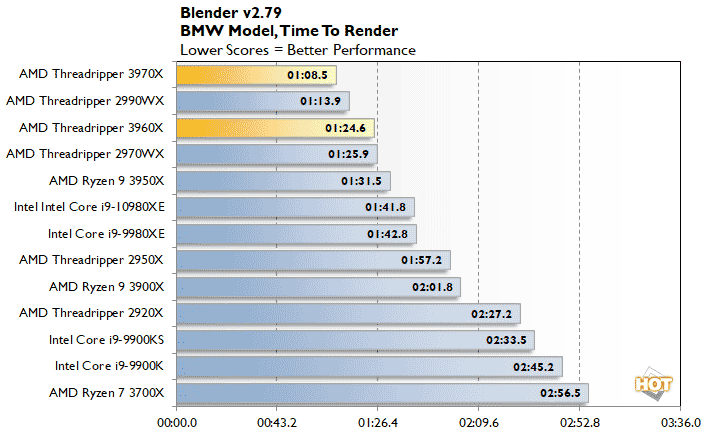 The 24-core Threadripper 3960X couldn't outrun the 2990WX in the Blender benchmark, but the 32-core Threadripper 3970X sure did. And both outperformed the Core i9-10980XE by wide margins.  With rendering workloads that will whack all of the cores / threads in a many-core processor, the new 3rd Gen Ryzen Threadrippers are simply in a league of their own. 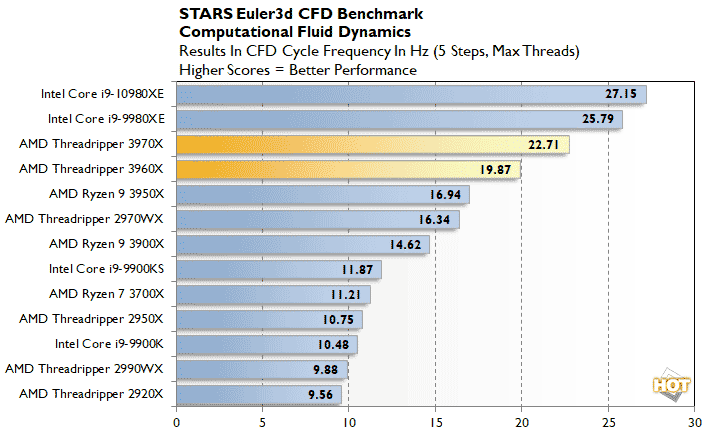 Memory and cache bandwidth, latency, and multi-threaded CPU throughput all play a role in this benchmark and the workload favors Intel's architecture. As such, the Core i9-10980XE takes the pole position, but the new 3rd Gen Threadrippers aren't too far behind and they show a massive improvement over the previous generation.
PREV PAGE NEXT PAGE