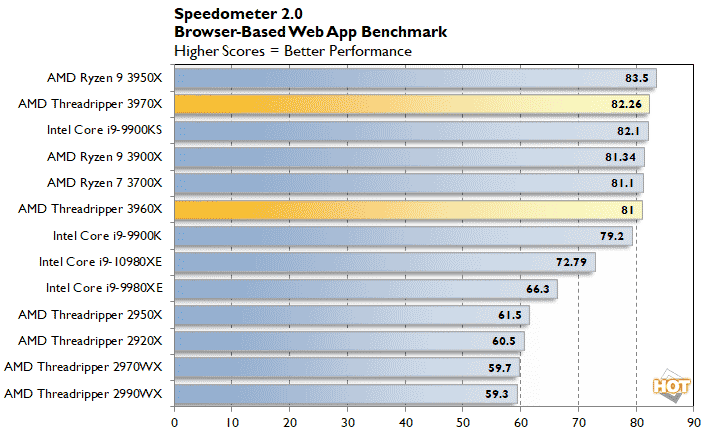 This chart is a clear indicator of the performance improvements and enhancements offered by 3rd Gen Threadripper 3000 series processors versus their predecessors. Whereas previous-gen Threadrippers bring up the rear here, the new 3rd Gen Threadripper 3000 series processors finish near the top and trail only the higher-clocked processors in the stack.
In our custom LAME MT MP3 encoding test, we convert a large WAV file to the MP3 format, which is a popular, day-to-day use case for many end users, to provide portability and storage of their digital audio content. LAME is an open-source mid to high bit-rate and VBR (variable bit rate) MP3 audio encoder that is used widely around the world in a multitude of third party applications. 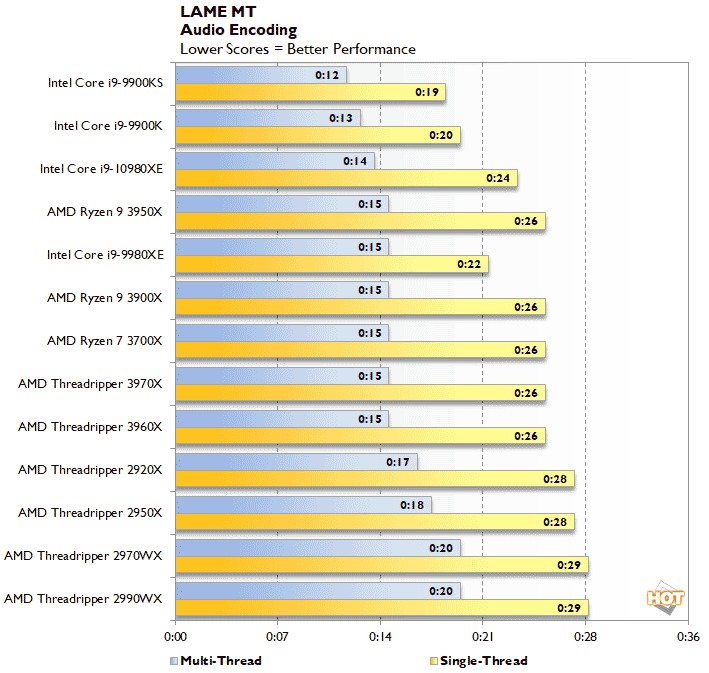 This benchmark only leverages one or two cores and the workload doesn't cause any of the processors to boost to their maximum frequencies, so the many-core chips aren't really taxed here. Regardless, Intel's architectures have a clear advantage and finish at the top, though the new 3rd Gen Ryzen Threadrippers are a clear improvement over their predecessors. 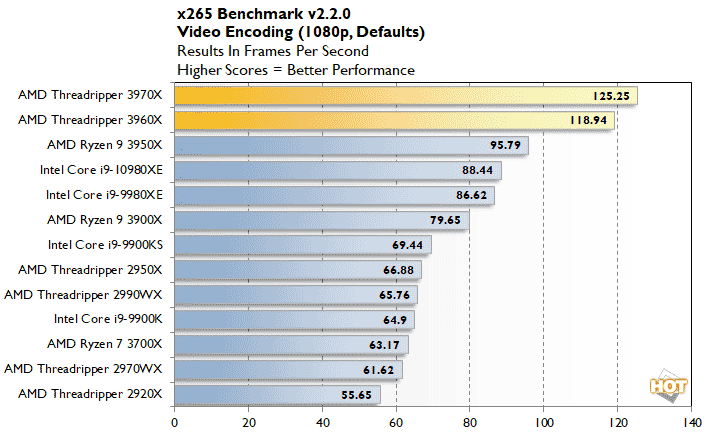 The new 3rd Gen Ryzen Threadripper 3960X and 3970X blew past the competition in this video encoding benchmark and crushed every other processor we tested. The new chips finish in first and second place, well out in front of the 16-core Ryzen 9 3950X, and 35%+ ahead of Intel's flagship Core i9-10980XE, which also launches today. 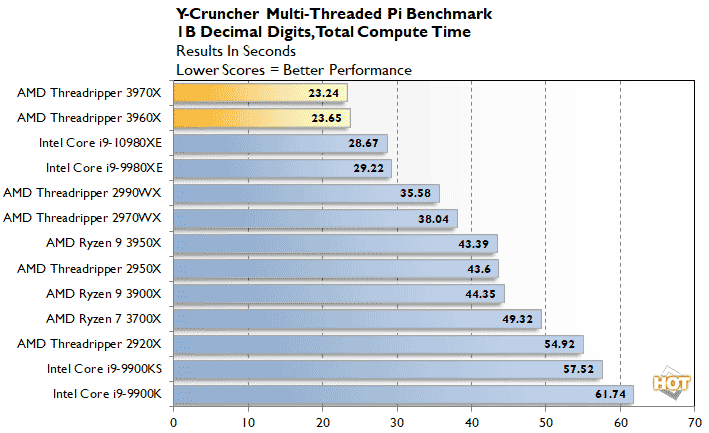 The 3rd Gen Ryzen Threadripper 3000 series processors jump into the lead in the Y-Cruncher multi-threaded benchmark as well, besting the Intel Core i9-10980XE by over five seconds.
PREV PAGE NEXT PAGE