Next we'll see how the Snapdragon 865 testing device holds up with GFXBench, which has been one of our standard mobile graphics performance benchmarks for years. In order to ensure display refresh (v-sync) and resolution are not limiting factors, we are comparing off-screen test results here. GFXBench tests OpenGL ES graphics workloads and we're specifically testing GLES 2.0 and 3.0 rendering performance in the following two benchmark modules. 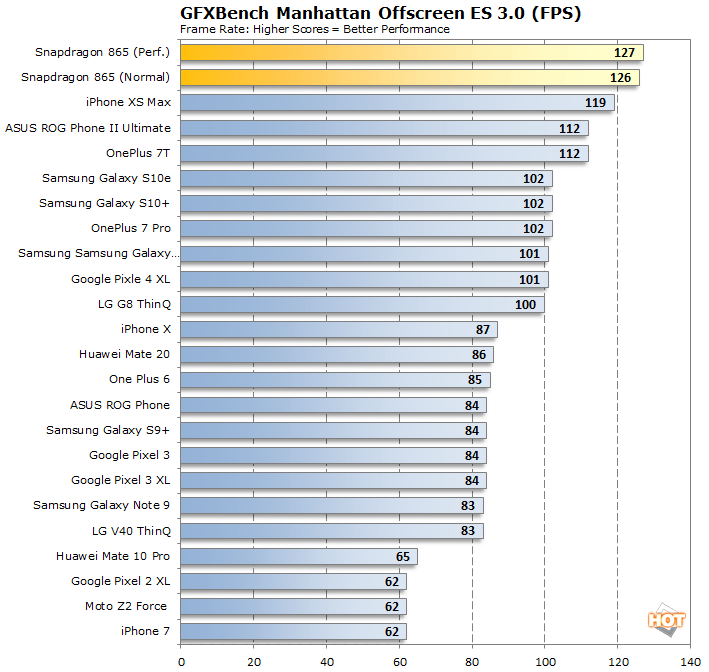 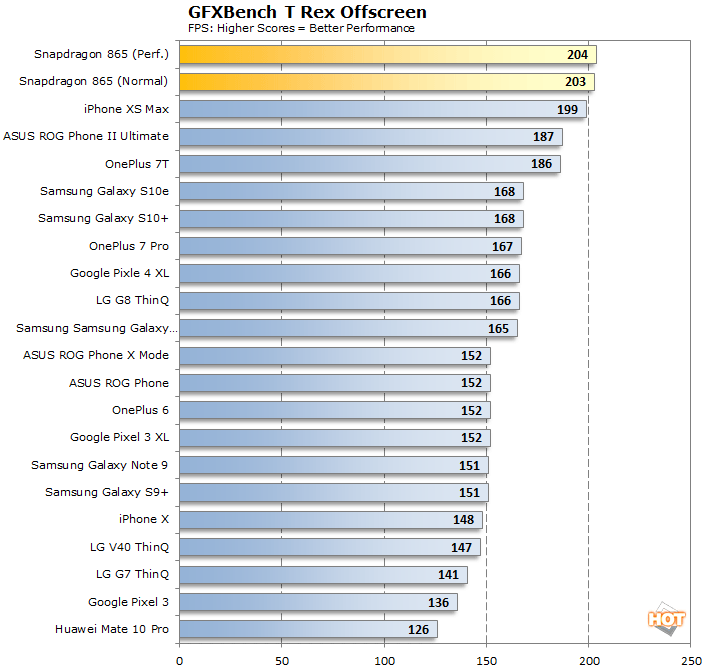 The Snapdragon 865 leads the pack in both of the GFXBench tests we ran, whether operating in normal or performance modes. Its leads aren't massive over the Snapdragon 855 and 855+ based devices here, but do represent a double-digit performance improvement. 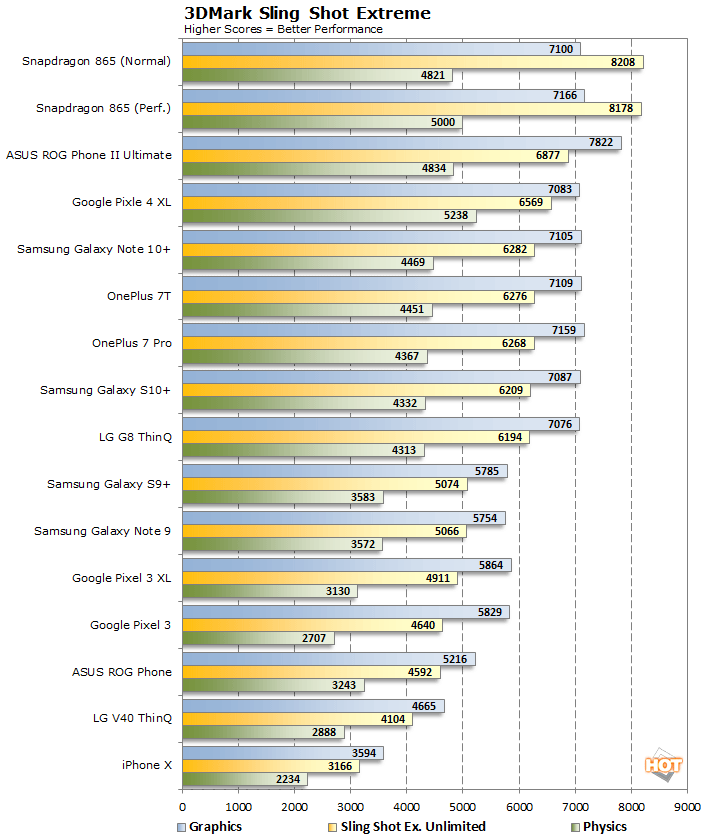 The Snapdragon 865 once again leads the pack in terms of graphics performance in the 3DMark Sling Shot benchmark, but it actually ended up trailing the 855-based Google Pixel 4 XL in the Physics benchmark, which is CPU dependent. 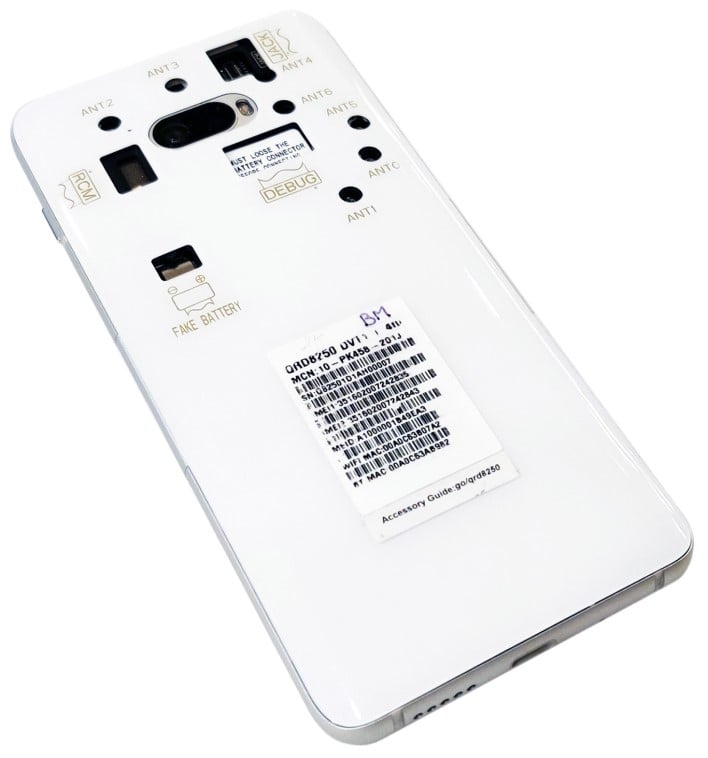 That's all of the Qualcomm Snapdragon 865 performance data we have to share with you at this point. We only had a limited time with the device and a limited set of benchmarks to run, but think what we've presented here should be enough to pique everyone's interest. Obviously, since this was just a testing platform and not a final, retail-ready device destined for consumers, we don't have any battery life metrics to share. Considering the Snapdragon 865's improvements in terms of performance and power efficiency, and its multi-chip configuration which necessitates the use of the X55 5G modem, it's going to be interesting to see how it compares to some of the mature and optimized 855-based devices currently available. 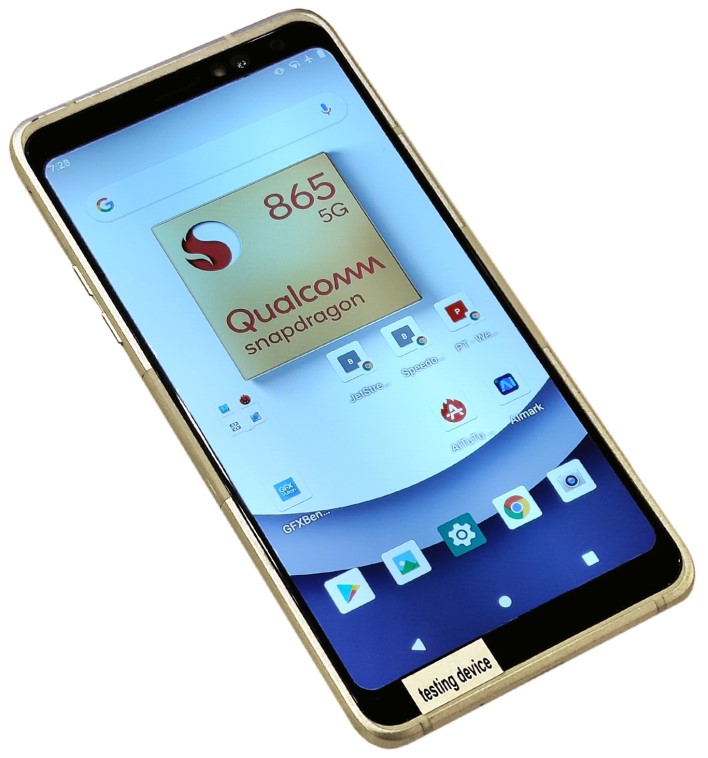