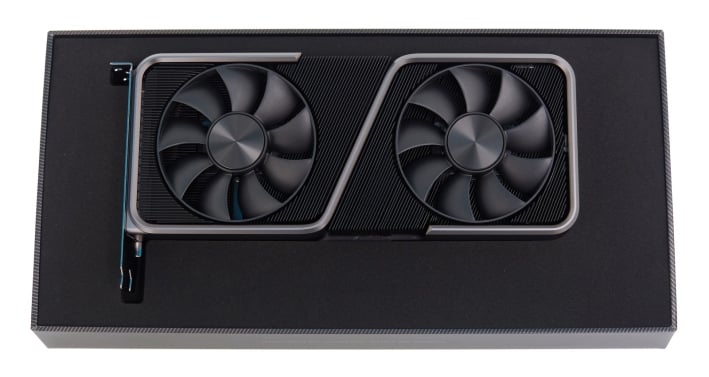 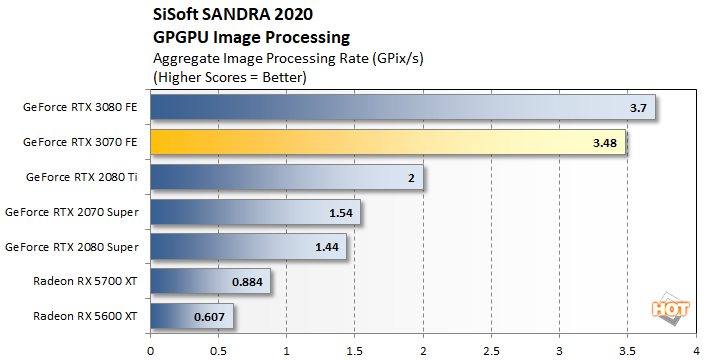 The GeForce RTX 3070 FE absolutely crushes all of the previous-generation GPUs in SANDRA's image processing benchmark and trails only the higher-end, pricier GeForce RTX 3080. 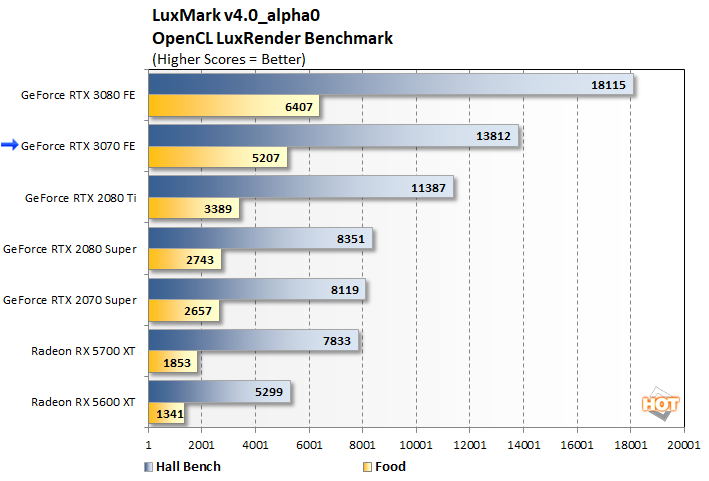 The same thing we saw with image processing rings true in Luxmark as well. Here, the GeForce RTX 3070 FE smokes every previous-gen card by a wide margin, and trails only the RTX 3080. 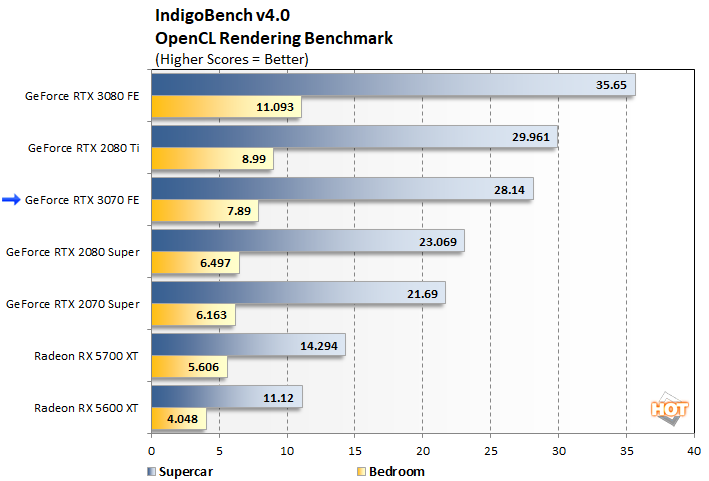 The tables turn slightly with IndigoBench. Here, the GeForce RTX 2080 Ti is able to overtake the GeForce RTX 3070 FE by a few percentage points, but the 3070 finishes well ahead of the RTX 2080 Super and everything below it. 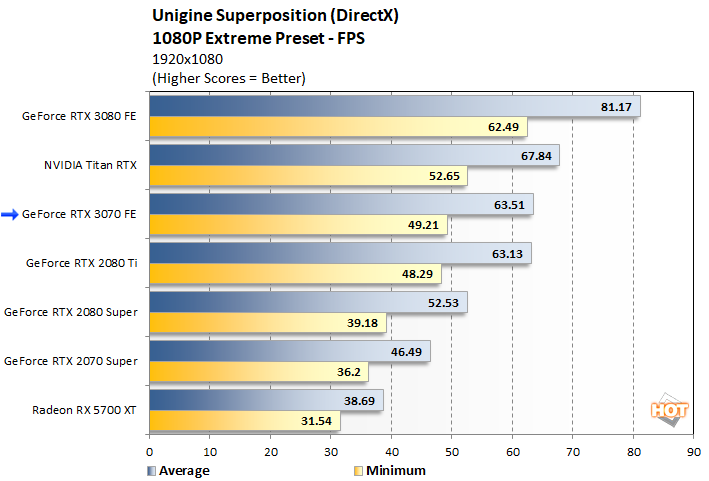 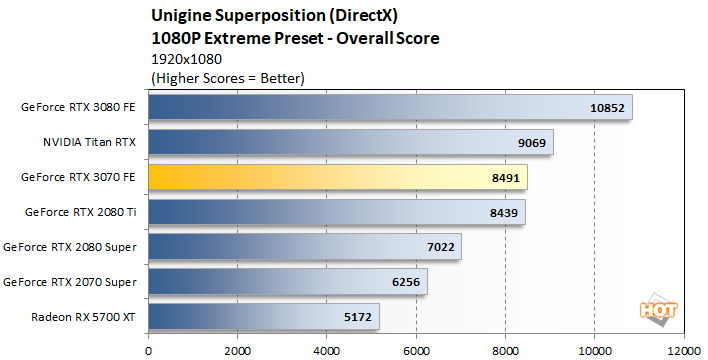 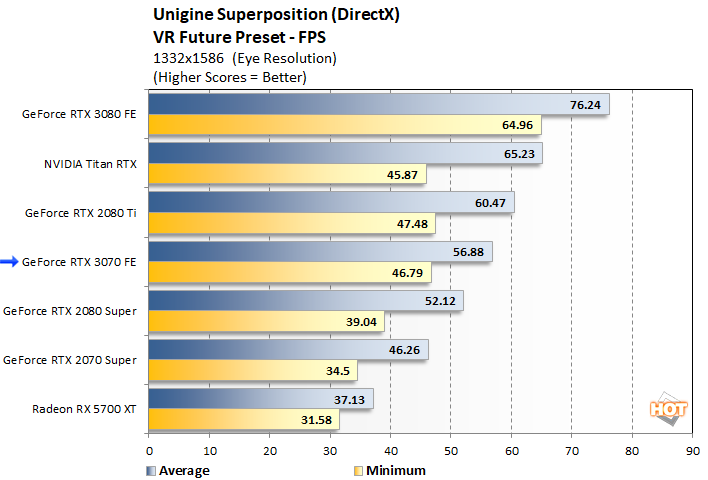 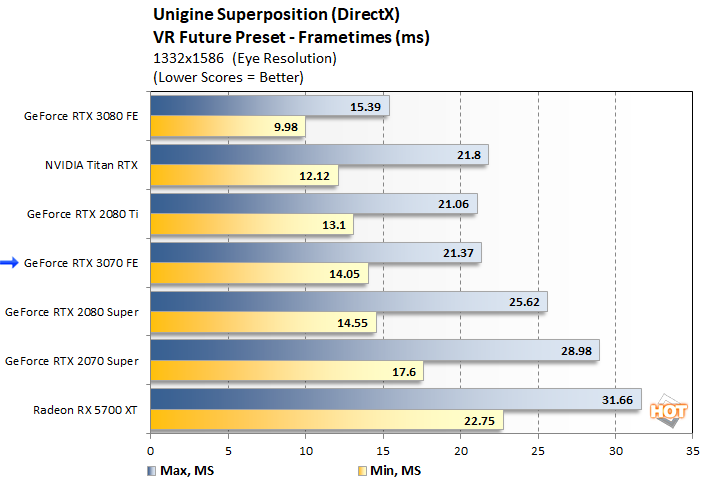 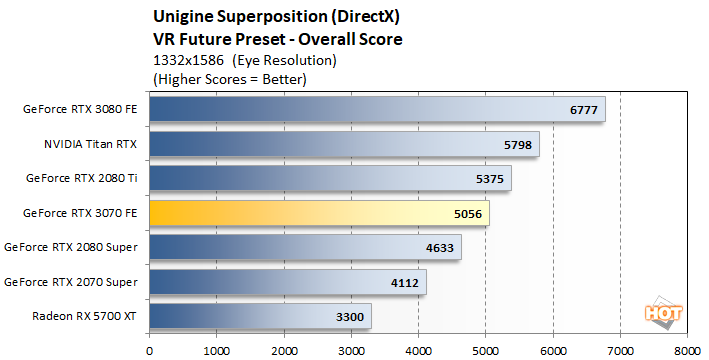 Superposition's VR Future test has the GeForce RTX 3070 FE landing smack dab in between the GeForce RTX 2080 Super and RTX 2080 Ti.
UL's VRMark is designed to test a PC’s readiness for the HTC Vive and Oculus Rift virtual reality headsets. The benchmark does not, however, require that one of the headsets is attached to the PC to run and it uses an in-house graphics engine and content to ensure comparable results between different platforms. We ran the "Blue Room" VRMark test at defaults settings here, which is currently the most taxing test offered by the tool. 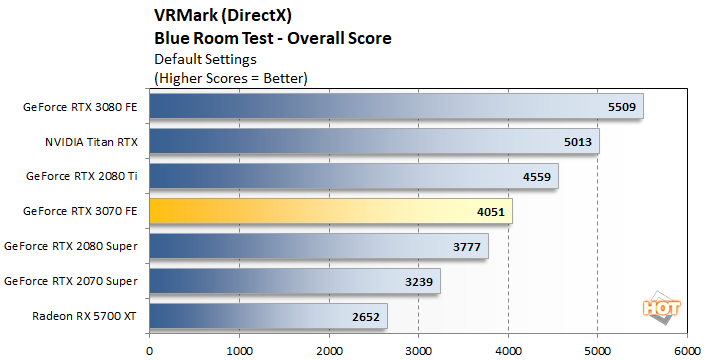 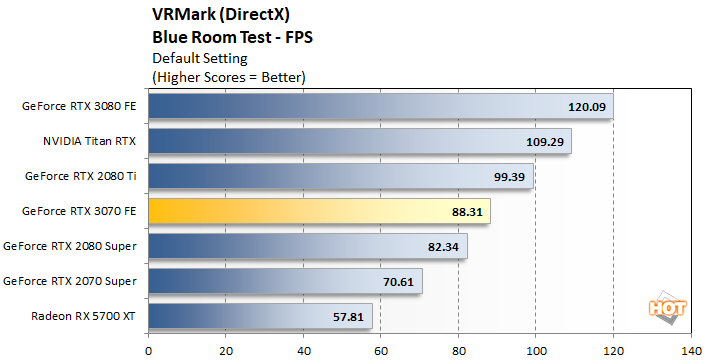 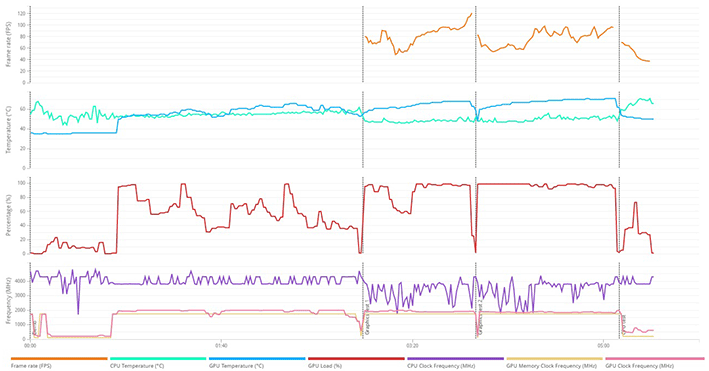 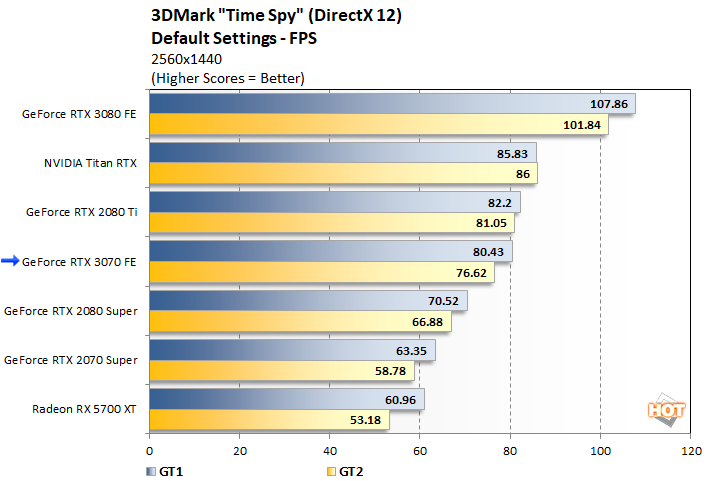 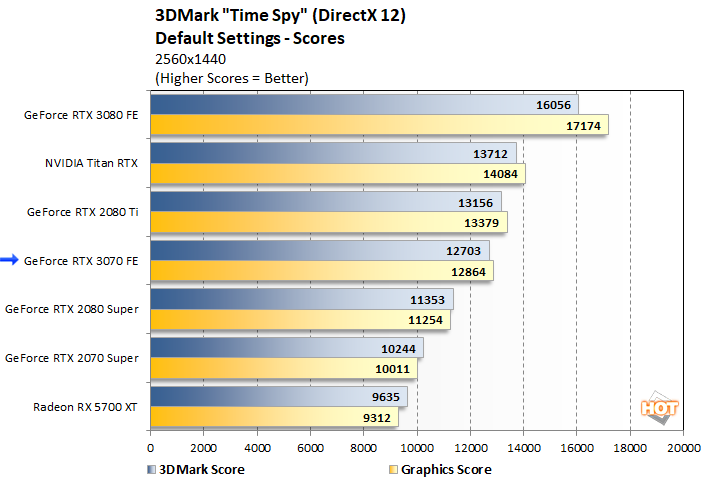 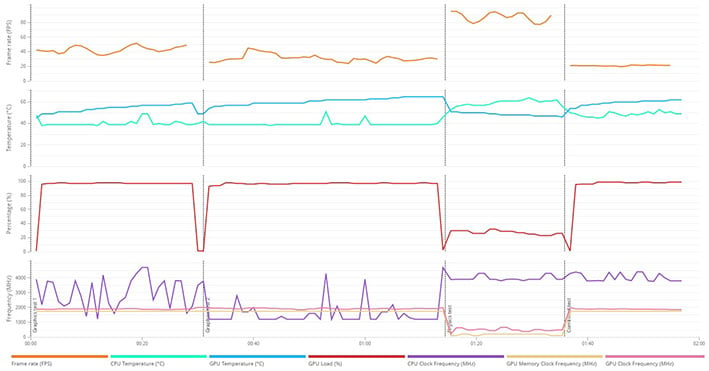 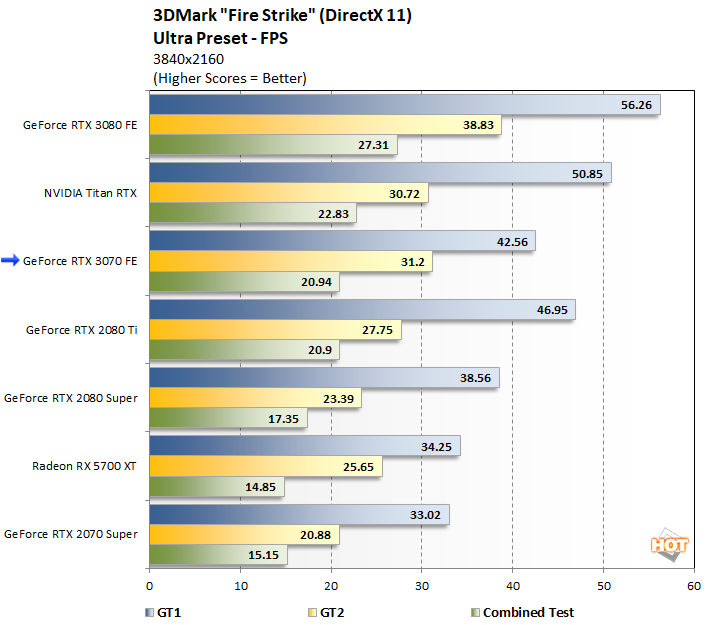 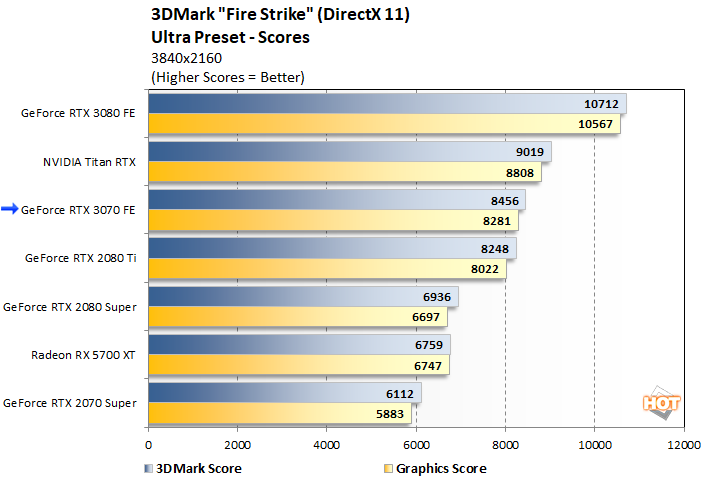 Our results in the DX11-based Fire Strike benchmark show the GeForce RTX 3070 FE outpacing the GeForce RTX 2080 Ti in the Combined Test and Game Test 2, which give it enough of an edge to pull out a higher overall score within striking distance of the Titan RTX. 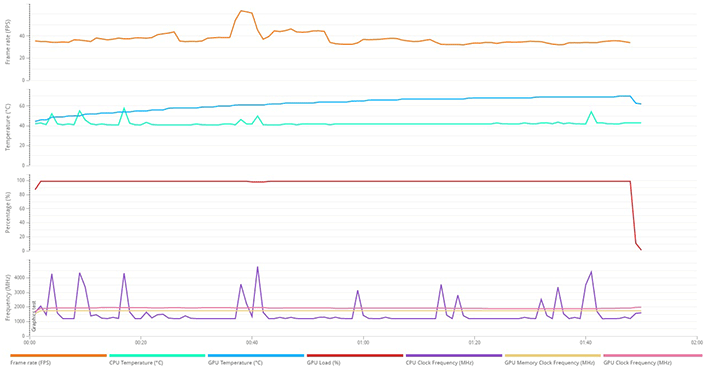 The GeForce RTX 3070 FE drops in a few percentage points behind the 2080 Ti in the Port Royal Ray Tracing benchmark, though it's nearly 34% ahead of the GeForce RTX 2070 Super.
PREV PAGE NEXT PAGE