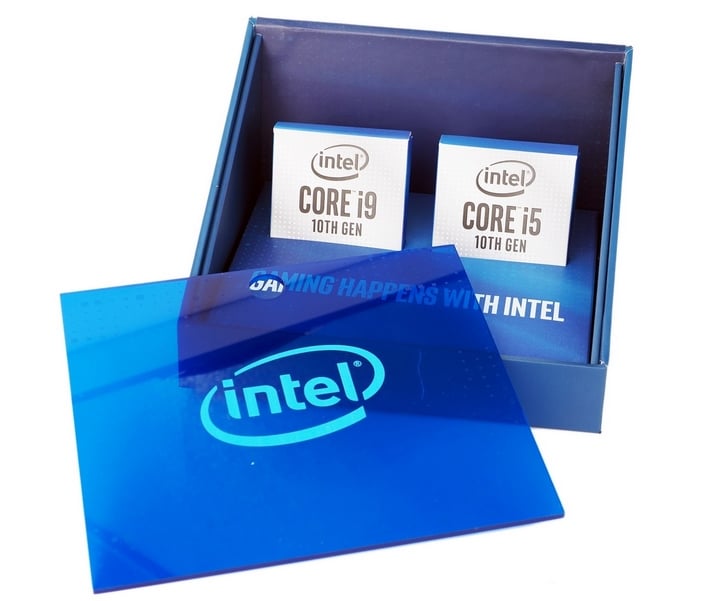 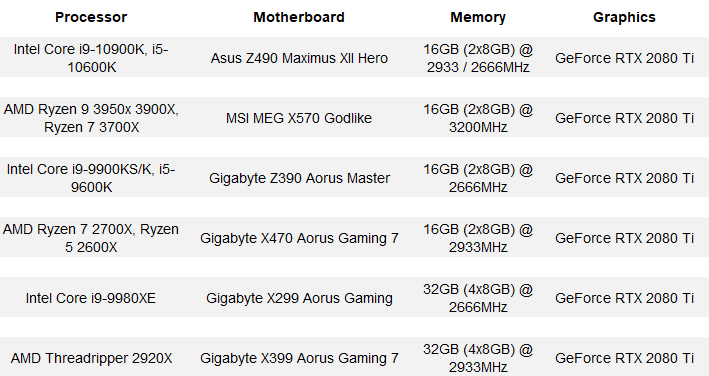 We began our testing with the latest version of SiSoftware's SANDRA 2020, the System ANalyzer, Diagnostic and Reporting Assistant. We ran four of the built-in sub-system tests that partially comprise the suite with the Core i9-10900K and Core i5-10600K (CPU Arithmetic, Multimedia, Cache and Memory, and Memory Bandwidth). All of the scores reported below were taken with the CPUs running at their default settings, with 16GB of DDR4 RAM running at 2,933MHz on the Core i9 and 2,666MHz with the Core i5, in dual-channel mode, on the Asus Z490 Maximus XII Hero WiFi motherboard. 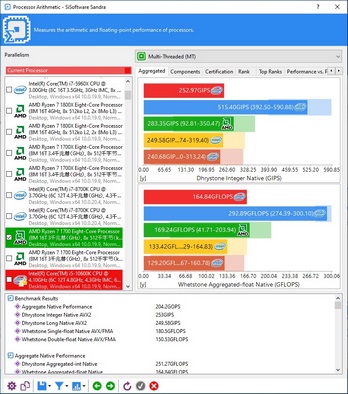 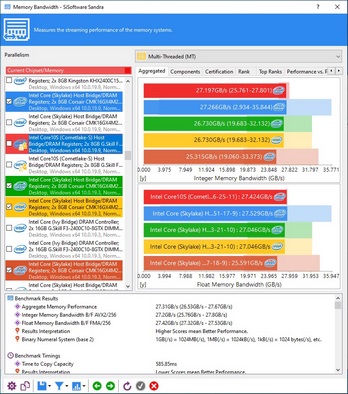 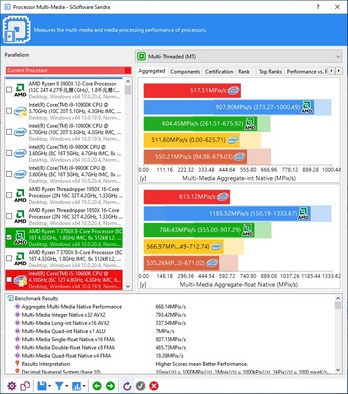 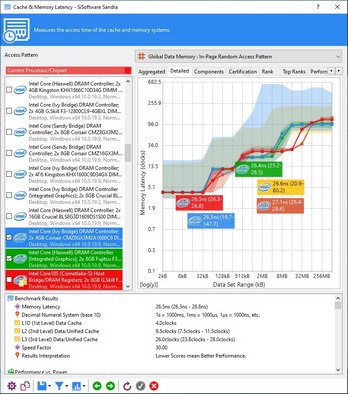 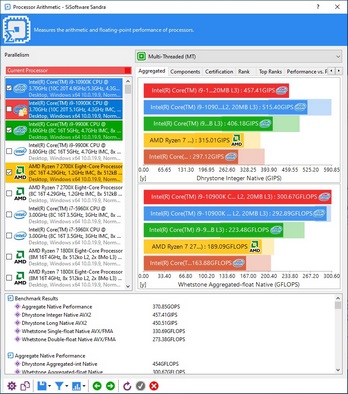 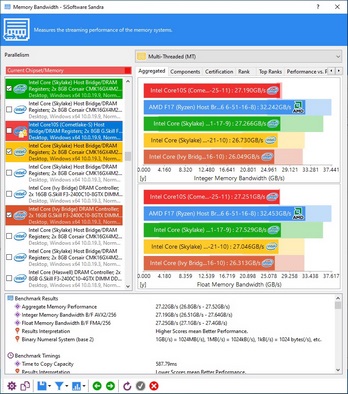 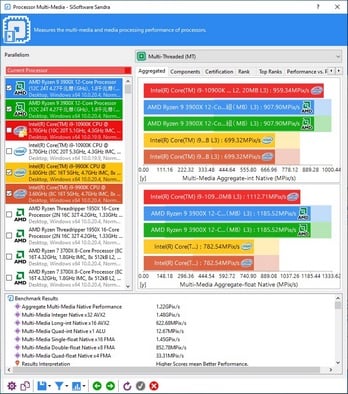 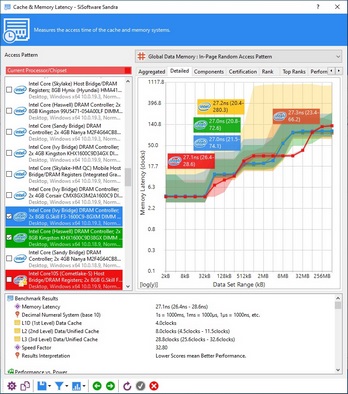 With its additional cores / threads and higher clocks, the Core i9-10900K obviously puts up significantly bigger numbers than the Core i5-10600K here. In the CPU benchmark, the Core i9 tops the 370 GOPs mark, while the Core i5 comes in just over 204 GOPs. The Multi-Media tests shows the Core i9 trading blows with the Ryzen 9 3900X, while the Core i5-10600K clearly outpaces its previous-gen counterparts, thanks in no small part for its Hyper-Threading support. Memory bandwidth is north of 27GB/s and cache and memory latency is in-line with competitive platforms, save for a dip between the 8MB - 16MB range. 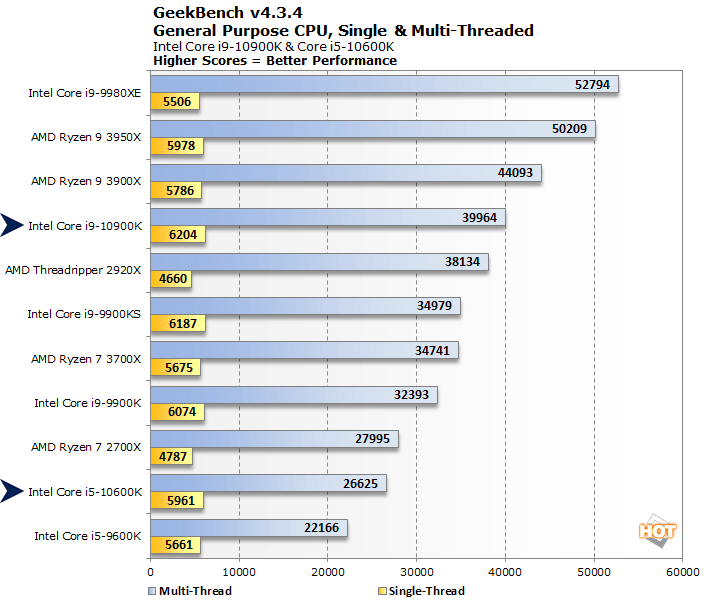 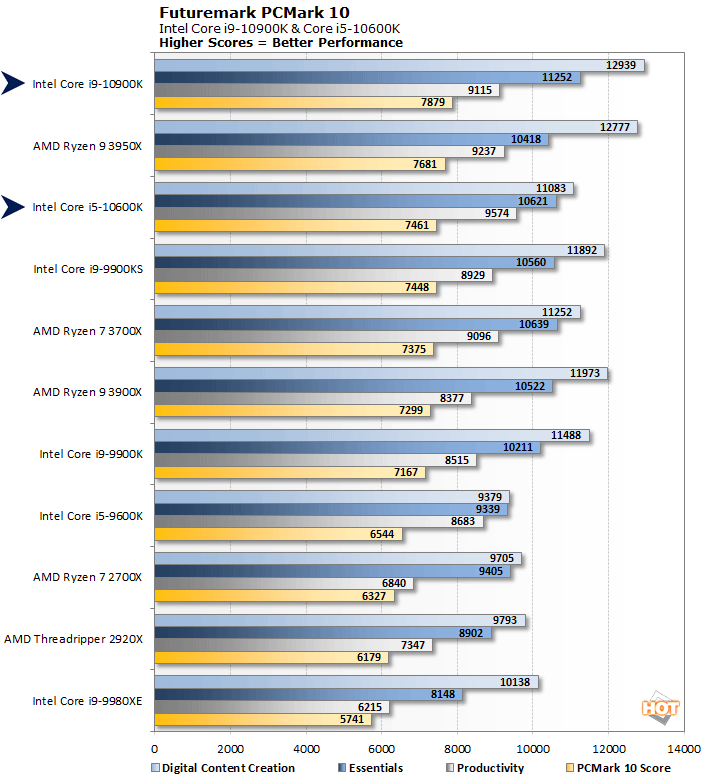 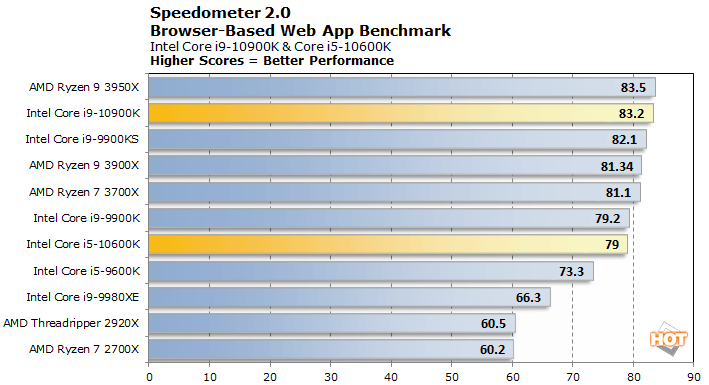 The fastest of the processors here are all tightly grouped, with the Core i9-10900K scoring a second place finish, missing the mark set by the Ryzen 9 3950X by the slimmest of margins. The Core i5-10600K once again blows past its previous-gen cousin and it ultimately lands right about on-par with the Core i9-9900K.
PREV PAGE NEXT PAGE