Futuremark benchmarks have been popular go-to system level tests since the late ‘90s. We ran the HP Omen 17 through PCMark 10, which is designed to gauge the system's performance in everyday use case scenarios with GPU acceleration-enabled, while the 3DMark tests further down the page assess its gaming chops. 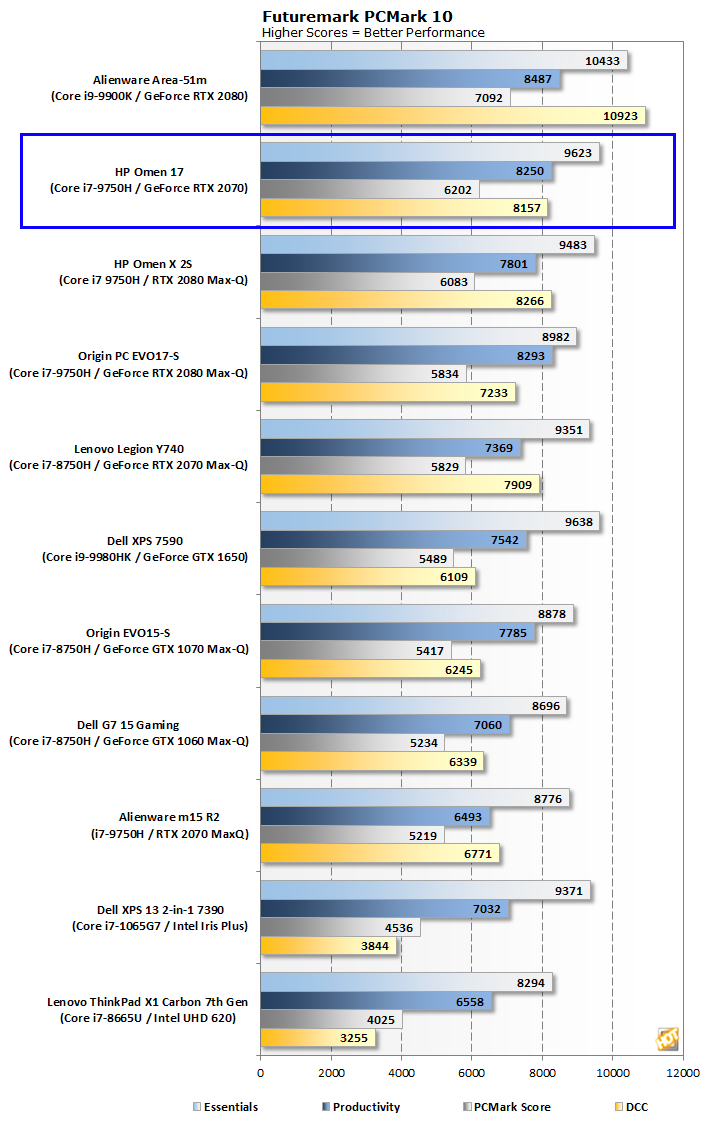 In PCMark 10, the Omen 17 climbed the chart and took second place, behind only the heavily configured (and pricier) Alienware Area-51m. Fast storage plays a big role in Futuremark's productivity tests, and the speedy SSD in this system combined with a strong CPU and the full version of NVIDIA's GeForce RTX 2070 make this a productivity beast (in addition to being a strong gaming laptop). 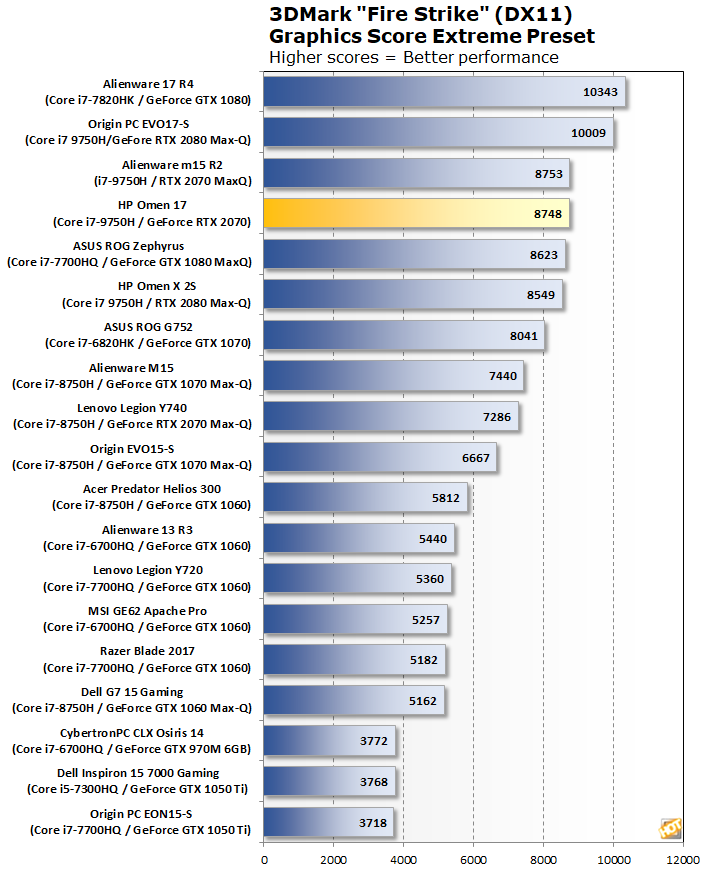 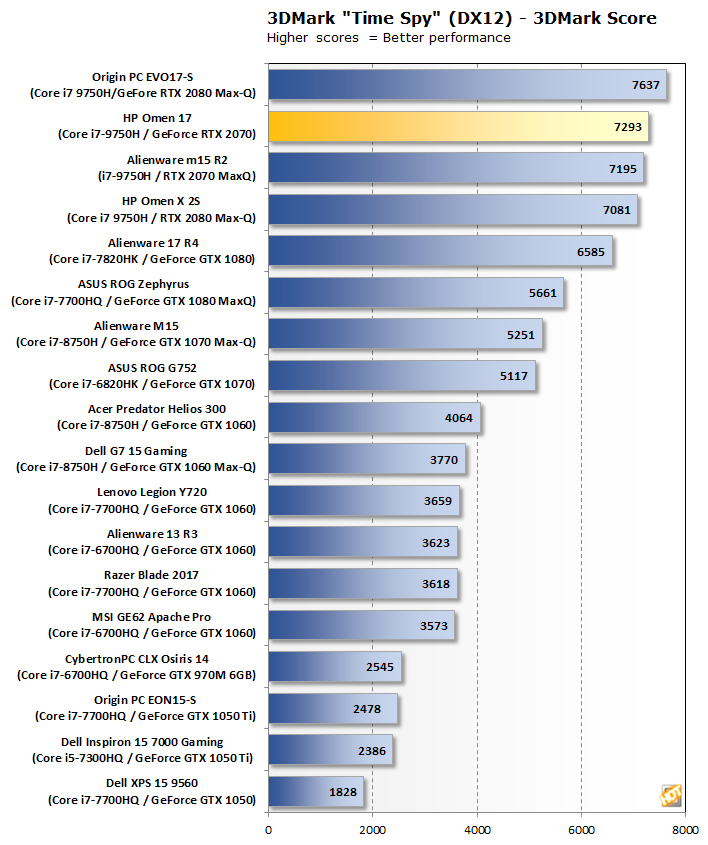 As a gaming laptop with fully featured GeForce RTX 2070 GPU (not a Max-Q version), we're expecting strong graphics performance, and that's what we get. However, it's a bit of a mixed bag. In 3DMark's Fire Strike Extreme test, the graphics score is neck-and-neck with the Alienware m15 R2, which uses the Max-Q variant. But in the Time Spy test, the Omen 17 pulls ahead by around 100 points. 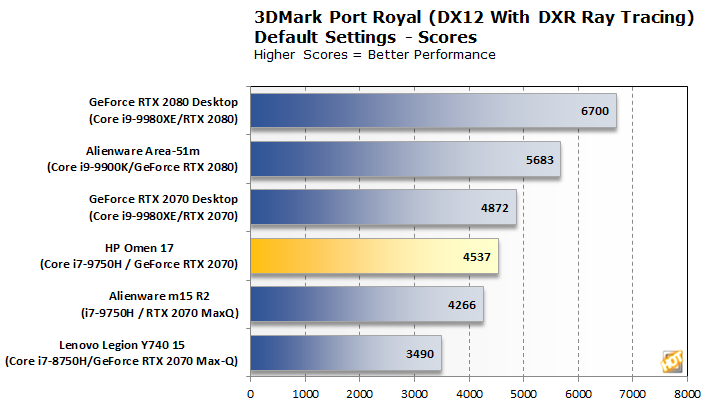 We also ran the Port Royal test. Even though we do not have a large sample of systems to compare scores with, it's interesting to see how the Omen 17 fares, as this is a ray tracing benchmark that taps into capabilities of NVIDIA's RTX hardware.
The Omen 17 muscles its way past the Lenovo Legion Y740 15 and Alienware m15 R2, which is what we expect to see, given the hardware configuration.