We tested the HP Omen 17 as it shipped to ensure we get the same out-of-box experience as your average gamer (save for uninstalling McAfee), with the latest driver updates installed. Many variables can affect performance, so our comparisons should serve as a reference point. Our benchmarking kicks off with storage, CPU, and game tests to get an idea how the Omen 17 performs in everyday tasks and gaming. 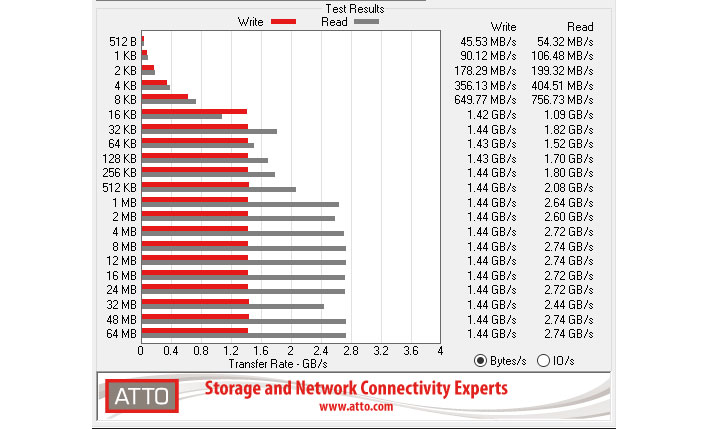 In our benchmark run, the SSD's sequential read performance peaked at 2.74GB/s, which is in striking distance of its advertised maximum speed. On the write side of the equation, it peaked at 1.44GB/s, coming in a bit faster than its rated top speed. 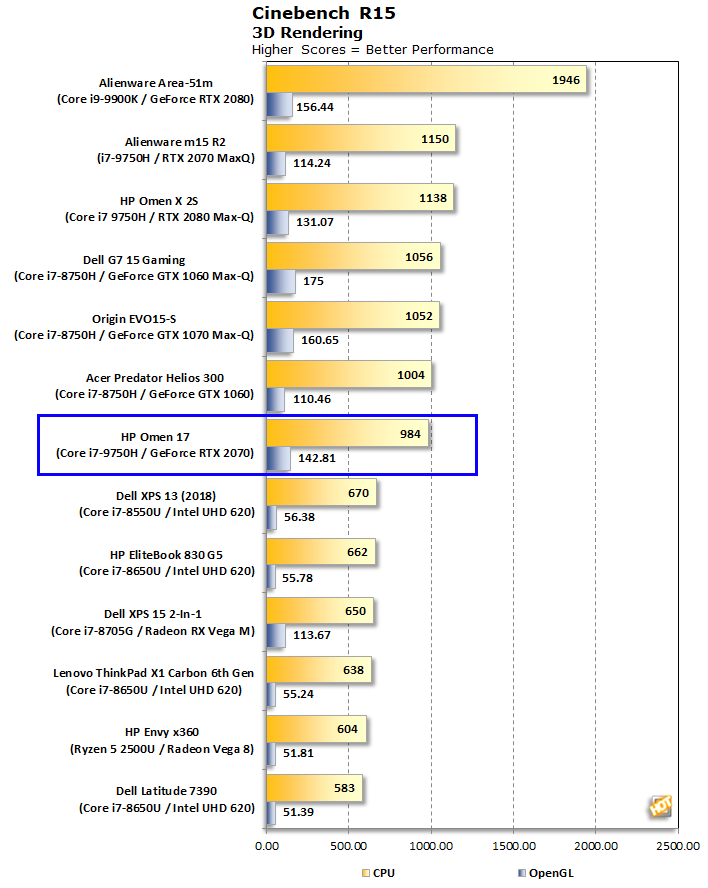 The Omen 17 posted a single-core score of 142.18 and a multi-core score of 984 in Cinebench R15, the latter of which is slightly below the Omen X 2S and Alienware m15 R2, all of which are running the same Core i7-9750H processor. That's likely due to the Omen 17 throttling more aggressively than the other two with heavy CPU workloads. 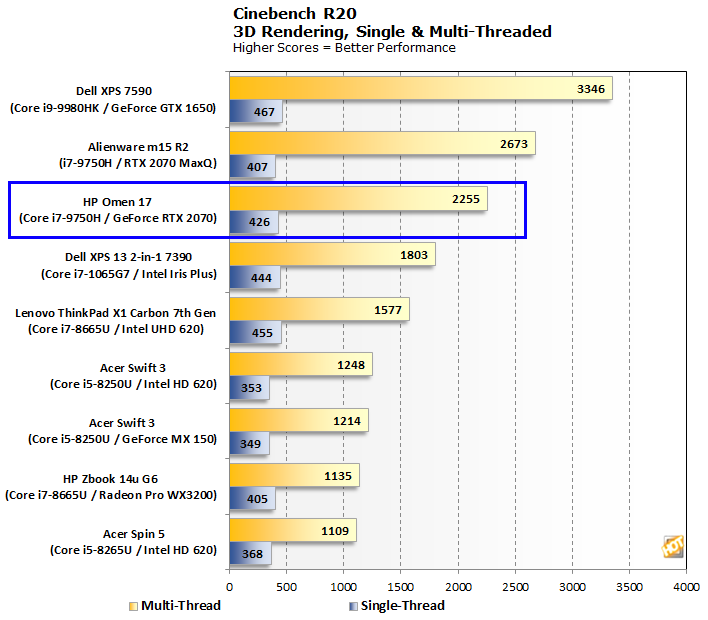 We see a similar disparity in multi-core performance in Cinebench R20, when comparing against the Alienware m15 R2, though the single-core score notches a victory.

Geekbench 4 is a cross-platform benchmark that simulates real world processing workloads in image processing and particle physics scenarios. We tested the Omen 17 in Geekbench 4’s single and multi-core test workloads. 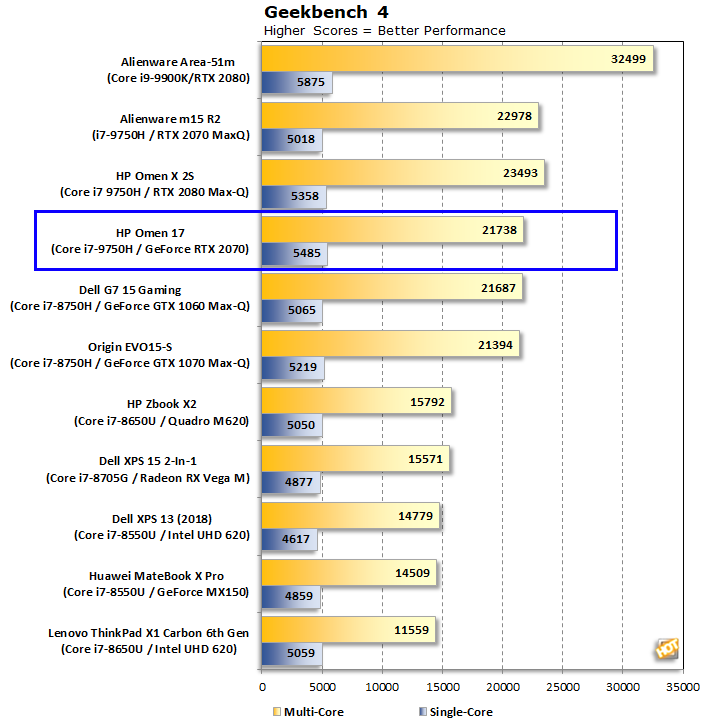 The Geekbench 4 results play out the same way. Single-core performance is strong, but when tapping multiple cores and threads on more taxing workloads, the quick throttle on this laptop dings performance a tad, compared to other laptops with the same processor.
PREV PAGE NEXT PAGE