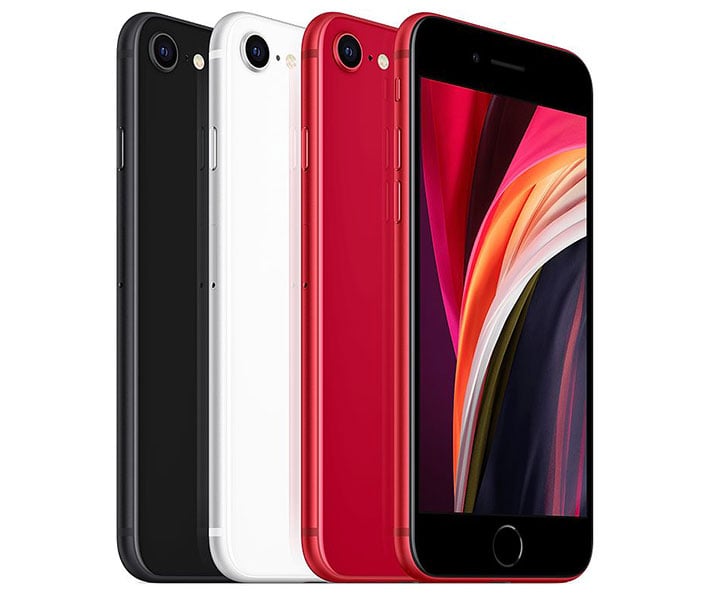 Apple seems like a company divided these days. While the technology juggernaut's Mac lineup continually stagnates between long-overdue updates, Cupertino's iPhone, iPad, and Apple Watch families march ahead to a yearly cadence of updated designs, new features, and enhanced performance. It's almost like Apple is really two different companies—one that produces the latest in personal electronics, and another that takes long naps as the PC market passes it by.

At any rate, older iPhone designs also stick around, to serve additional market segments. Last September's iPhone 11 release merely relegated older devices to lower price points, rather than outright retire them like many Android makers do. Apple has had a pattern of sticking with older models for a couple of years rather than introducing all-new midrange devices. That strategy also has the pleasant side effect of extended software support for which Apple is widely known. At the time of the iPhone 11's release, September 2017's iPhone 8 and 8 Plus stuck around at a price point of $449 and $549, respectively, and Apple continued to sell the older A11-equipped devices until mid-April. That's when the iPhone maker announced the new 2020 version of the iPhone SE, which we're going to take a look at today. 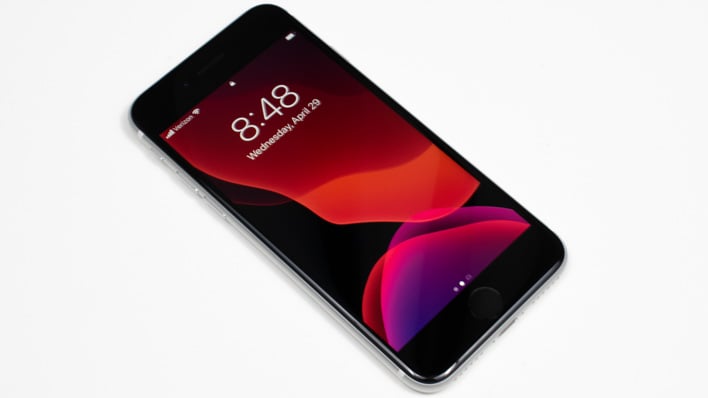 The last time Apple released a new phone in this sub-$400 price range, it was the 2016 iPhone SE. That device took the iPhone 6S's high end A9 SoC and stuffed it into a body that bore more than a passing resemblance to the 4" iPhone 5S. The smaller form factor has fallen out of favor with today's consumers, but Apple repeated that pattern with the 4.7" iPhone 8 in the new model. This time, however, the heart transplanted into the iPhone 8's donor body is the A13 Bionic system-on-a-chip (SoC), the same as the iPhone 11 family. Let's take a closer look at the specs. 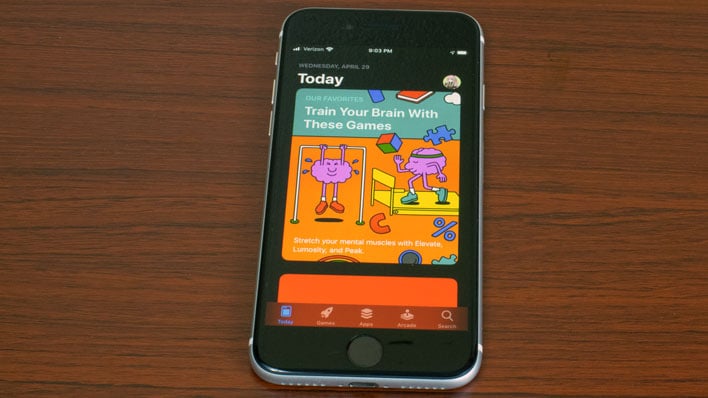 Between an attractive price, great software support, and the App Store, the iPhone SE should be a hit

The A13 Bionic has six total CPU cores arranged in a big.LITTLE configuration. Two high-power "Lightning" cores handle all of the system's high-performance needs while a quartet of efficient "Thunder" cores handle background and other lower-powered tasks. There's also a quad-core Apple-designed GPU in the A13 Bionic, too. According to numerous sources (including the system page in Geekbench) Apple only put 3 GB of RAM into the new iPhone SE, compared with 4 GB on the more expensive iPhone 11. Needless to say, the new baby iPhone is pretty potent. There's 64 GB of primary storage in the $399 iPhone SE, and like all iPhones, no micro SD card support. Folks who need more space can get 128 GB for $449 or 256 GB for $549, which works out to be $50 and $150 more than the base model. 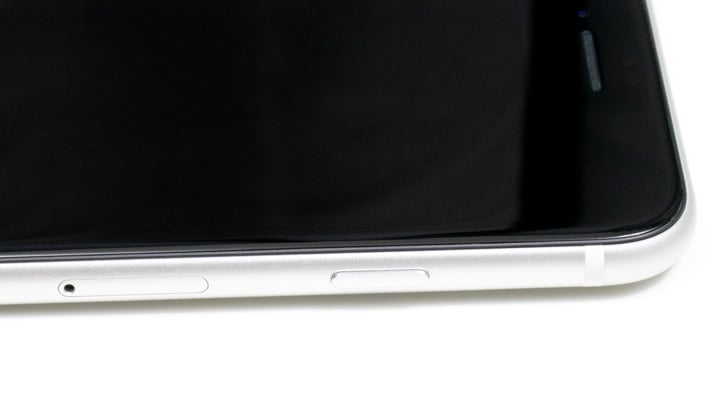 Just like its larger siblings, the iPhone SE supports Gigabit-class LTE with a 2x2 MIMO antenna configuration thanks to (according to iFixit's thorough teardown) the same Intel 9960 PSV as the iPhone 11 series. When sitting around the house, the iPhone SE also has 802.11ax Wi-Fi, and of course Bluetooth 5.0 and NFC are along for the ride. Those antennas are necessary for connecting to an Apple Watch and making contactless payments via Apple Pay. This is all the connectivity most folks will ever need for the usable life of the phone.

On the outside, the iPhone SE is almost indistinguishable from the iPhone 8 that it replaced. The body of the iPhone SE has the same 4.7" form factor as 2014's iPhone 6, and by today's standards it looks weirdly symmetrical and so dated it might actually count as "retro". Fashion seems to be one price we pay for saving a few hundred dollars, and there's nothing wrong with that. There's an enormous (relative to the size of the screen) forehead that holds the front-facing 7-megapixel camera and the earpiece's speaker.

The bottom bezel holds the capacitive home button. This is the same sort of haptic feedback "button" that first debuted on the iPhone 7. Instead of being a physical button, the home button is a sensor that vibrates when pressed. It provides Touch ID, the fingerprint-based biometric authentication system that Apple used up until Face ID on the iPhone 10 introduced facial recognition. The iPhone SE uses the second-generation Touch ID sensor, which recognizes fingers remarkably quick. Maybe it's just the impending requirement to go outside wearing a mask due to COVID-19 talking, but the fingerprint sensor feels awfully convenient these days when my iPhone 11 Pro doesn't recognize me out in public. 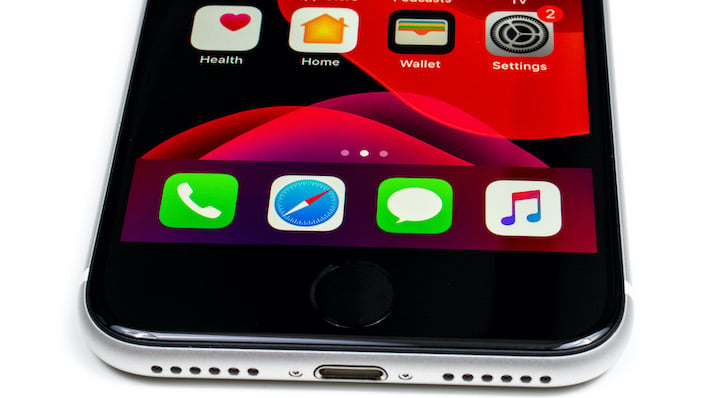 While not the highest pixel density, the iPhone SE's display looks nice

Sandwiched between the top and bottom bezel is the same 4.7" 1334x750 display as its forebears. Back in 2010 when Apple first introduced 3.5" Retina displays on the iPhone 4, 326 DPI was state of the art and higher than any display on any competing device. Today it's a little low-resolution for a phone, but it works remarkably well. Just don't expect the same sharpness as many 1080p midrange Android devices. After all, Apple shoved a bleeding-edge SoC into this phone, so it has to cut some corners somewhere.

The screen does not feature Apple's 3D Touch pressure-sensitive gesture control system, which has been replaced with "Haptic Touch", a fancy term for what amounts to press-and-hold gestures. The display's maximum brightness is rated at 625 nits, but in outside lighting it could actually stand to be a touch brighter. It's readable in direct sunlight, but we found ourselves shading the panel from the sun with our hand, or turning away from the sun to use my massive melon as a portable awning. Colors still look great, though, as the device's calibration looked spot on, and it supports the wide DCI-P3 color gamut.

Fortunately, one corner Apple hasn't cut is the physical mute switch on the side of the phone. Personally this is my favorite part of using an iPhone, since I can just stick my hand in my pocket and flip the switch. When the switch flips to the "mute" position, the phone vibrates to let you know it's in vibrate-only mode. The left side of the phone also has separate physical volume up and down buttons. Around on the right side is the SIM tray and the power/sleep button. 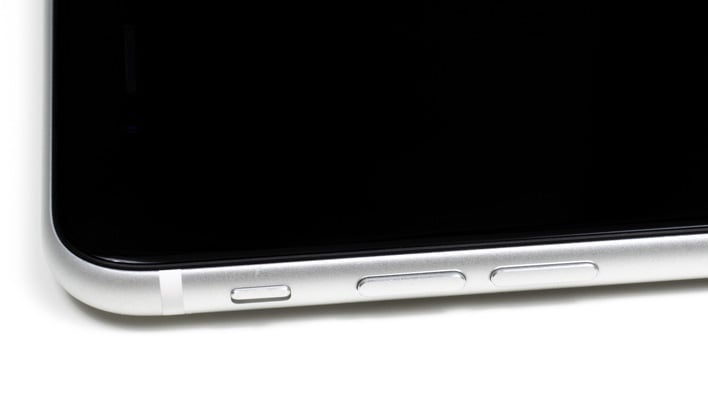 
Like the iPhone 8 before it, the back of the iPhone SE's body is glass. Aside from the customary Apple logo, the back of the device only hosts a single-sensor camera system (which iFixit believes to be the same sensor as the iPhone 8), a pinhole microphone, and a True Tone flash. The camera is another place where Apple chose to skimp a bit, so there's no wide-angle lens like the iPhone 11, nor does it have a telephoto lens that remains an iPhone 11 Pro exclusive.

The bottom of the iPhone SE, like all recent iPhones, has but a single connector: the reversible but proprietary Lighting port. Apple also included the standard Ear Pods, the Lightning-only wired earbuds that first debuted when Apple's "courage" caused the iPhone 7 to drop the 3.5 millimeter headphone jack. First introduced with the iPhone 5, the Lightning connector was a welcome shift from micro USB found on Android devices and, more painful for Apple fans, the 30-pin dock connector. In the box, Apple includes the standard 5W USB charger and a USB Type-A to Lightning cable. Despite the relatively weak stock charger, the iPhone SE can handle the beefier 22W charger that comes stock with the iPhone 11 Pro and Pro Max. 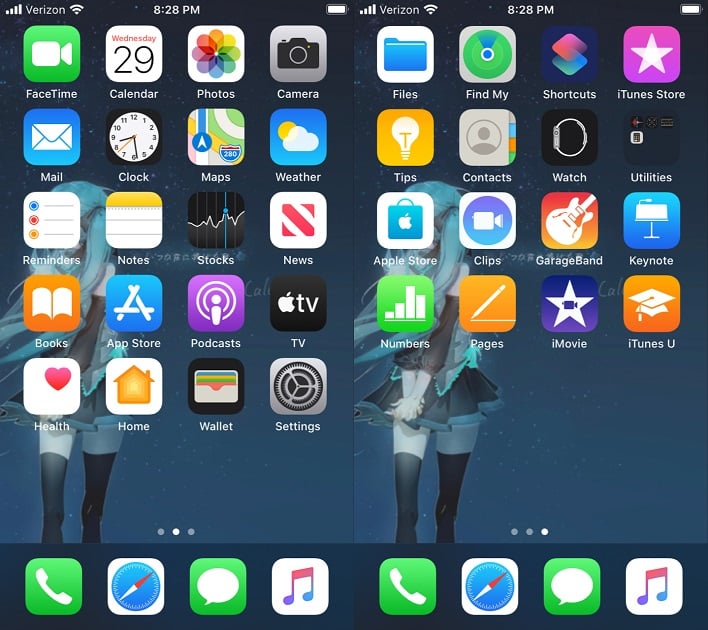 Every single app on the iPhone SE

Using iOS 13 on an iPhone SE isn't really any different than using iOS 13 on any other iPhone. Apple bundles a whole heaping pile of extra software on all iPhones. Fresh out of the box, all of the iWork suite—Pages, Numbers, and Keynote—was already present on the device, along with iMovie, GarageBand, and Clips preinstalled for music and movie editing. Fortunately, these days you can remove just about any unwanted system app from an iPhone just by pressing and holding (excuse us, "haptic touching") its icon and selecting Delete. 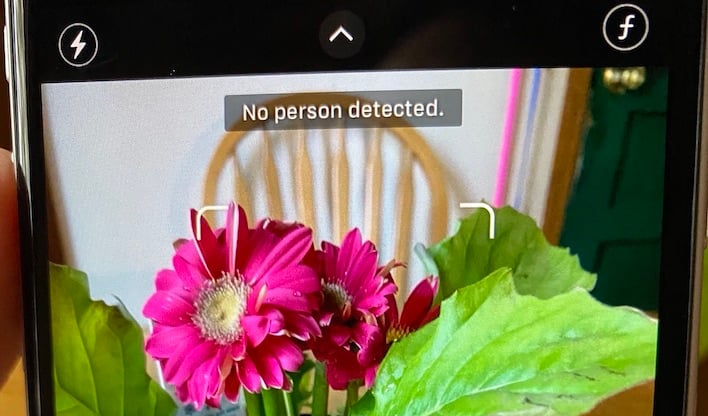 Perhaps it's more instructive to point out what features the iPhone SE doesn't support in iOS 13. Along with the lack of Face ID features, the front-facing camera lacks support for Animoji. Because the rear camera lacks a second sensor, Portrait mode is limited to human faces only. When we tried to take a portrait of a flower on our kitchen table, the iPhone SE reported that no face was detected. This isn't any different than the AI assisted portrait mode on other lower-cost iPhones, including the iPhone 11.


A Word About Ecosystems

While not directly tied to the iPhone SE, family sharing on both iOS and Android is worth a brief discussion. This device was purchased mainly as a birthday gift for a minor child. Since my wife and I are long-time iOS users, it makes sense to buy an iPhone for a child. The App Store family sharing features make it easy for one of us to approve app installs and share previously-purchased games and apps with other members of the family. For this reason, buying an Android phone might not make much sense in my house.

This is important only because the iPhone SE is an entry-level device in Apple's ecosystem, and therefore it becomes a potential solution for a child's first smartphone. That doesn't mean that family sharing in iOS is for you, though. For folks who are fully invested in the Android ecosystem, Google Play's Family Library features perform similar functions, including robust parental controls. Obviously, buyers need to do what's best for them, but both Apple and Google know the value of keeping a family invested in their respective ecosystems, and both provide controls for doing that in homes with kids.
NEXT PAGE