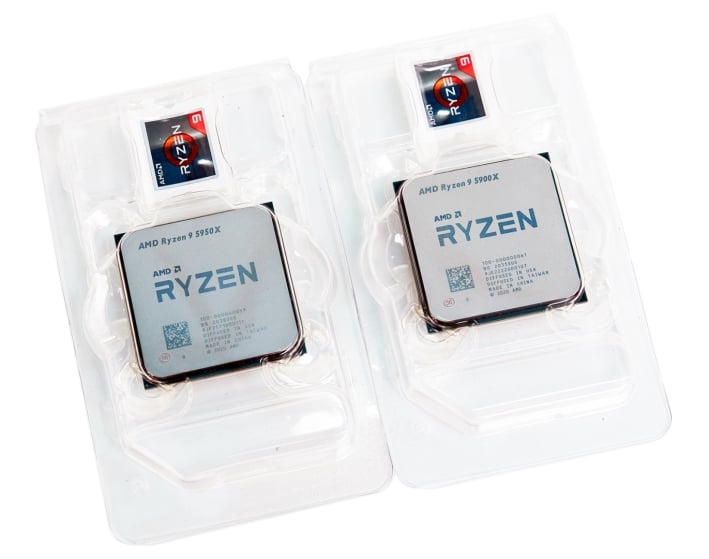 We began our testing with the latest version of SiSoftware's SANDRA 2020, the System ANalyzer, Diagnostic and Reporting Assistant. We ran four of the built-in sub-system tests that partially comprise the suite with the Core i9-9900KS (CPU Arithmetic, Multimedia, Cache and Memory, and Memory Bandwidth). All of the scores reported below were taken with the CPU running at its default settings, with 16GB of DDR4 RAM running at 3,200MHz, in dual-channel mode, on the MSI MEG X570 Godlike motherboard. 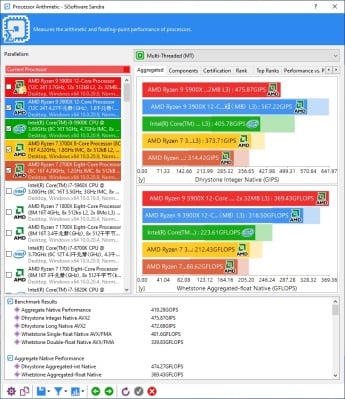 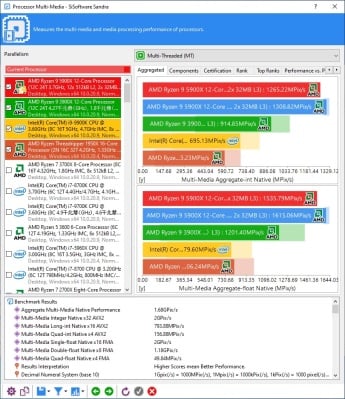 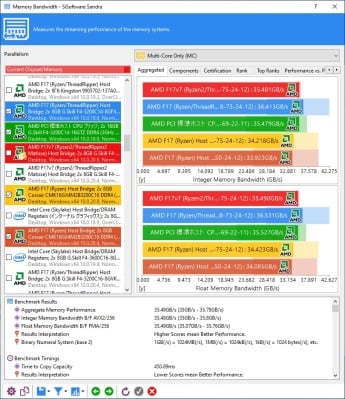 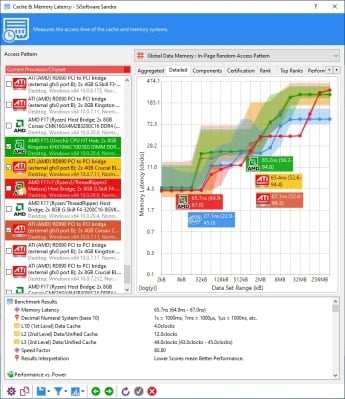 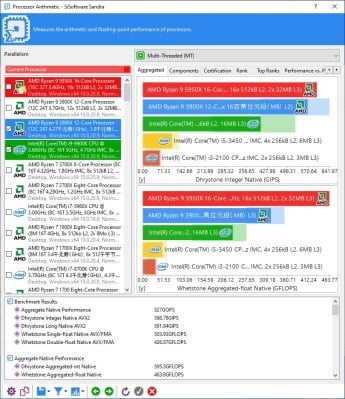 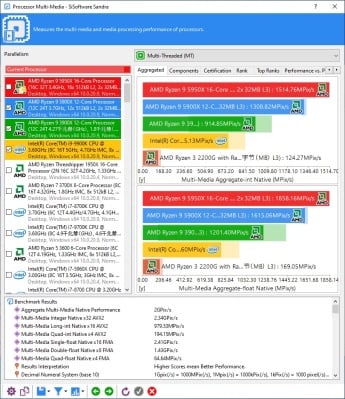 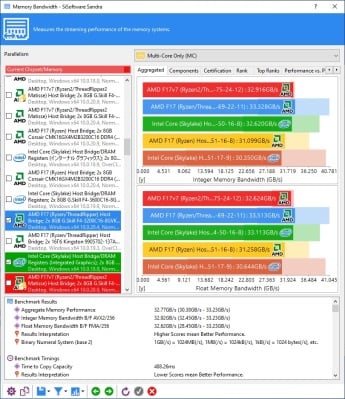 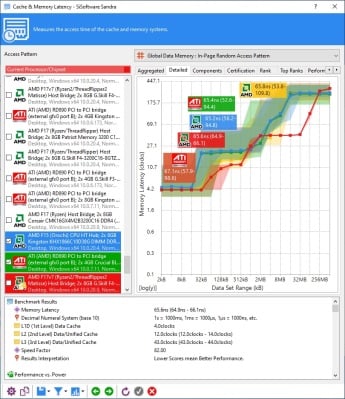 Right out of the gate, the Ryzen 9 5900X and 5950X put up some strong numbers. The SiSoft SANDRA CPU Arithmetic test shows the 12-core 5900X offering up over 419GOPS, with the 16-core 5950X coming in at the 527GOPS mark. The Multi-Media benchmark shows similarly strong scores with the 5900X and 5950X putting up aggregate native numbers of 1.68GPix/s and 2Gpix/s, respectively. Both systems offered up memory bandwidth in the 32-35GB/s range, using a 3200MHz memory speed, though time to copy was about 7% faster on the 5900X. The Cache and Memory Latency test show both CPUs with memory latency scores of about 65ns. 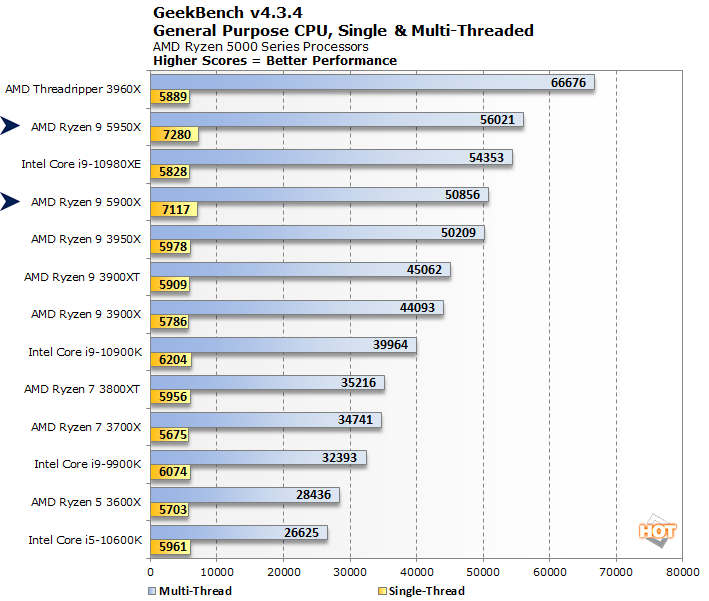 The Ryzen 9 5900X and 5950X rocked the GeekBench CPU benchmark. In this test, AMD's new flagship processors for its mainstream socket AM4 platform offer up the strongest single-thread performance by far, with excellent multithread performance as well. AMD Ryzen 5000 multithread scaling is so good, the 12-core Ryzen 9 5900X nearly catches the 18-core Core i9-10980XE, while the 16-core 5950X actually surpasses it.


Next up we have some full-system testing with PCMark. We're reporting all test results from the PCMark 10 benchmark suite, including the Essentials, Productivity, Digital Content Creation and and total PCMark score. The Essentials test covers workloads like web browsing, video conferencing and app start-up times, while Productivity tests everyday office apps from spreadsheets to word processing. Finally, the Digital Content Creation test evaluates performance of a machine with respect to photo and video editing, as well as rendering and visualization. 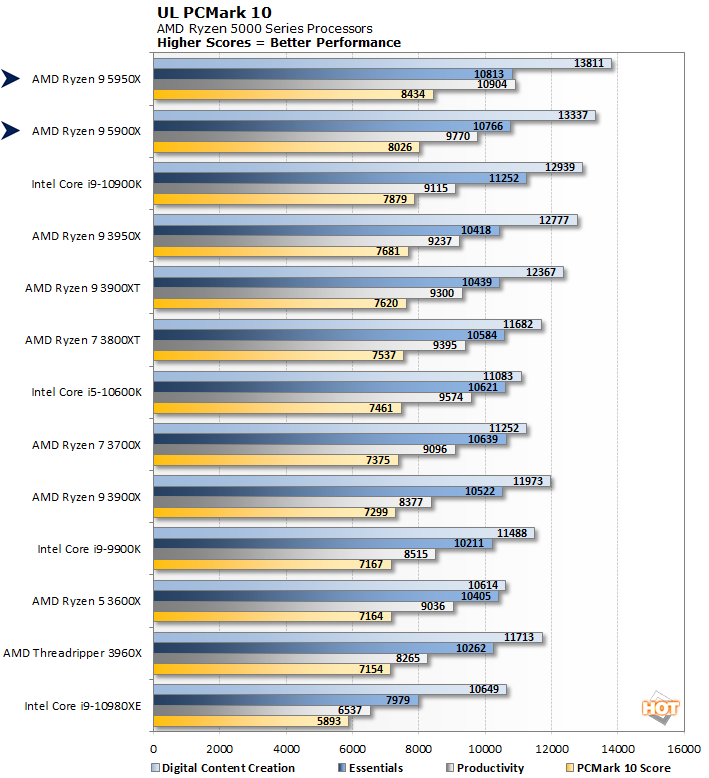 All of the platforms tested here offer more than enough oomph for PCMark 10's workloads. Regardless, the Ryzen 9 5900X and 5950X still put up impressive numbers, finishing at the top of the stack, ahead of all of the other platforms we tested.


Y-Cruncher is a multi-core-capable tool that calculates the value of pi to a specified number of digits. In this case, we ran the tool on all threads and had the application calculate the value of pi to 1 billion digits. The values below are the time required to perform the calculation expressed in seconds. As a result, lower values indicate better performance. 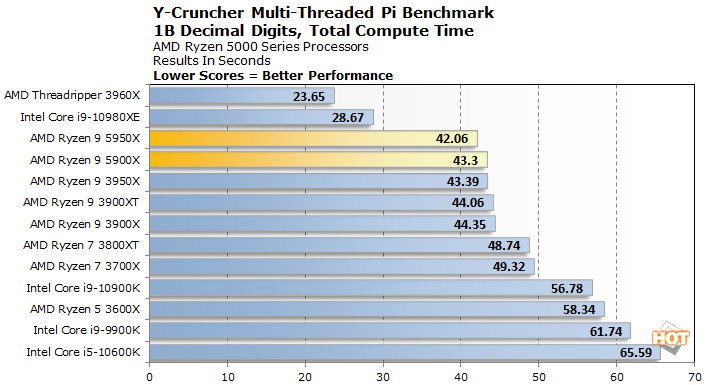 The High-End Desktop (HEDT) Threadripper and Extreme Edition Intel Core platforms offer significantly more memory bandwidth and end up in front here, but the Ryzen 9 5900X and 5950X managed to outpace all of the mainstream platforms yet again. The margins separating the top-end parts were relatively small, though. 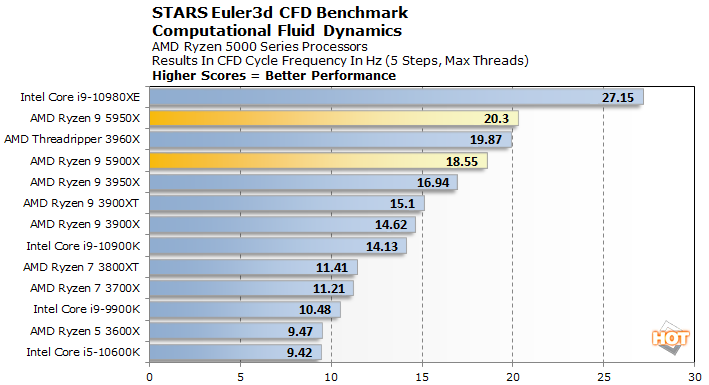 This particular benchmark favors Intel's monolithic design and the Core i9-10980XE's quad-channel memory gives it a boost as well. A such, Intel's current flagship HEDT processor comes out on top, but the Ryzen 9 5900X and 5950X fall in just behind it, sandwiching the 3rd Gen Threadripper and outgunning all of the other mainstream processors. 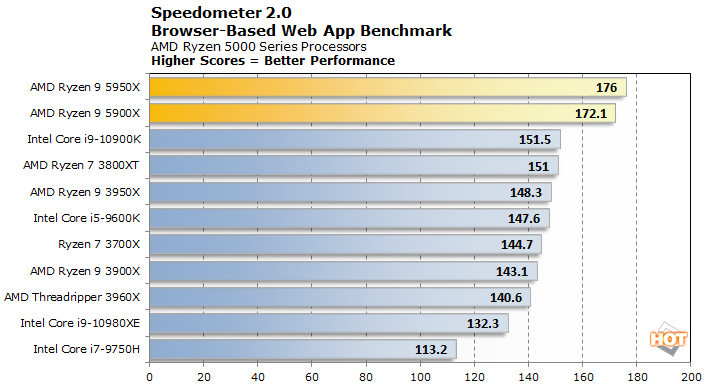 Speedometer seems to really like the larger cache, lower latencies, and relatively high clock speeds of AMD's Ryzen 9 5900X and 5950X. As you can see, both processors smoked the rest of the pack and finished at the top of the charts.
PREV PAGE NEXT PAGE