AMD Unveils Ryzen 5000 Series With Up To 16 Cores, A Huge IPC Uplift And Gaming Leadership

The highly anticipated follow-up to AMD's blockbuster Zen 2 family of Ryzen 3000 desktop processors is finally here. AMD has announced its Ryzen 5000 desktop processor family, which is based on its all-new Zen 3 architecture. Zen 3 is still being produced on the 7nm process node, but AMD has managed to deliver a number of key improvements to provide a significant boost in performance over its predecessor.

But before we get into the details, we first need to talk about model naming; specifically, Ryzen 5000. Conventional wisdom would dictate that the next generation of AMD’s consumer desktop processors would be called Ryzen 4000, considering that Ryzen 3000 CPUs were released last year. However, AMD has been "off track" so to speak with its CPUs and APUs, as the latter have been one series ahead. For example, this is how AMD's Ryzen-based processors have been classified thus far:

For this launch, AMD is looking to align APU and CPU branding, so Zen 3 APUs and CPUs will both adopt Ryzen 5000 branding. This should hopefully reduce a lot of confusion going forward, and we applaud this decision. 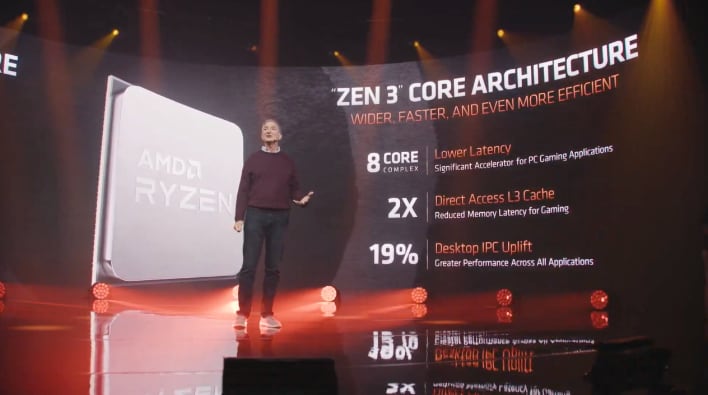 Getting down to actual numbers, AMD says that there will be a staggering 19 percent uplift in instructions per clock (IPC) compared to Zen 2. If you recall, Zen 2 already provided a 15 percent IPC uplift over the preceding Zen+ architecture. 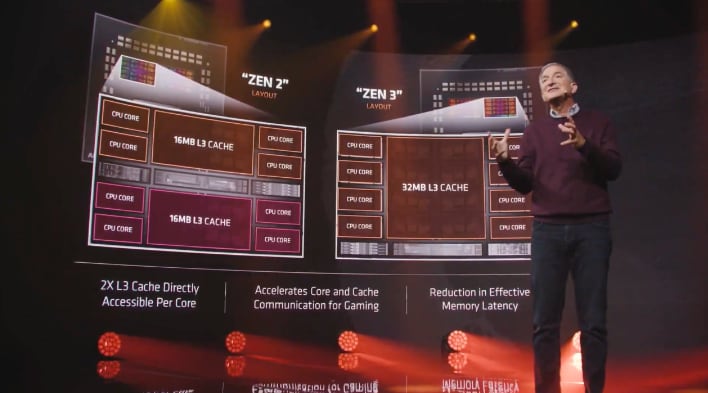 Zen 3 is employing a unified 8-core CCX design, which is key to the IPC gains. Zen 2 used an 8-core CCX with two 4-core groupings, each with access to 16MB L3 cache. With Zen 3's unified 8-core CCX is no longer split into two groups, and each core shares a single, large 32MB pool of unified L3 cache. So, in lightly threaded applications and gaming, all CCXs will be able to access cache with lower latency and up to twice the amount of contiguous L3 cache, compared to previous generation Ryzen 3000 processors. Couple this with a wider issue Float and Int engines, along with "zero bubble" branch prediction, and Ryzen 5000 is shaping up to be another performance king AMD. 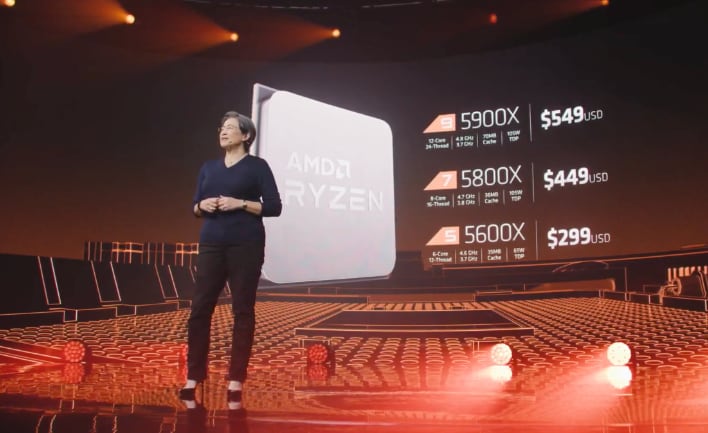 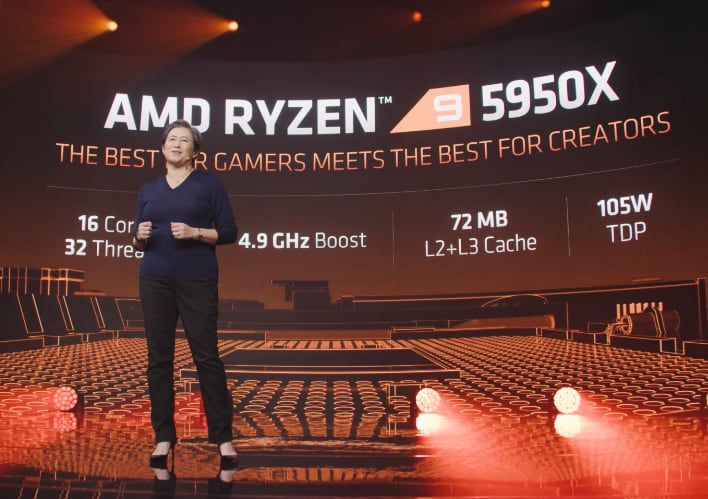 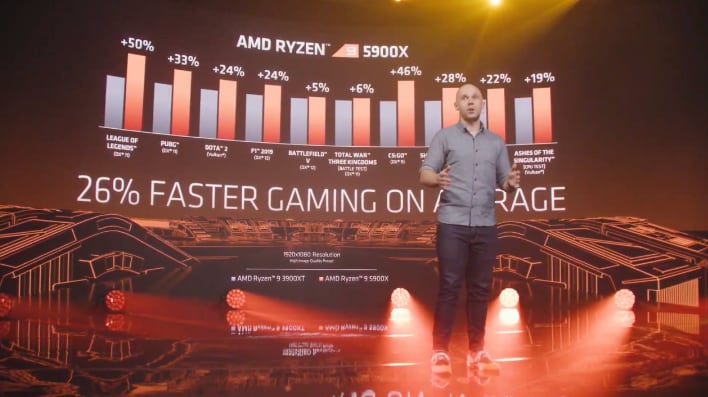 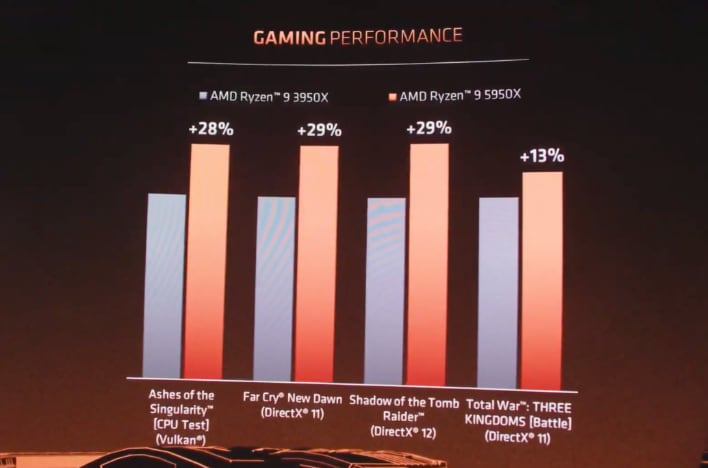 Compared to the Ryzen 9 3900X, AMD says that the Ryzen 9 5900X is on average 26 percent faster in popular games, including a 50 percent uplift in League of Legends. The Ryzen 9 5950X delivers upwards of a 29 percent performance gain compared to its Ryzen 9 3950X predecessors in games like Far Cry New Dawn and Shadow of the Tomb Raider. Needless to say, all of these new Ryzen 5000 series processors are going to far outpace their predecessors, and AMD is apparently committed to taking the performance crown away from Intel in nearly every scenario.

If this all pans out as AMD claims, the company will have quite a while to crow about its projected performance advantages, because Intel's 11th generation Rocket Lake-S desktop processor family isn't arriving until Q1 2021 (potentially with a March 2021 launch).