We tested the ASUS ROG Strix G15 AMD Advantage Edition as it shipped to us, but with the latest Windows updates installed, and any auto-updates that came down via ASUS' MyASUS application, to best ensure that what we present to you here is indicative of what you can expect from machines bought at retail. 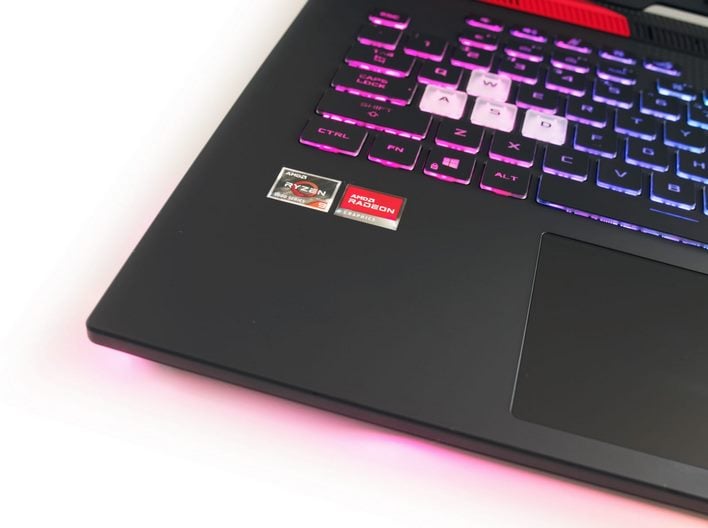 Many variables can affect laptop performance, however, so our comparisons should serve only as a reference. Our benchmarking kicks off with storage, CPU, and browser tests to get an idea as to how this AMD Ryzen 5000 and Radeon RX 6800M-powered machine performs in everyday computing tasks. From there, we'll move onto the graphics and gaming tests. We should note that all of our tests (unless otherwise specified), we ran with the notebook configured in it's default "Performance" profile. If you're OK with a bit more noise, a "Turbo" profile is also available.


ATTO's disk benchmark gives us an idea of how well the system's SSD performs with sequential read and write operations of differing sizes. This system has a 512GB Samsung PCIe Gen 3 NVMe solid state drive... 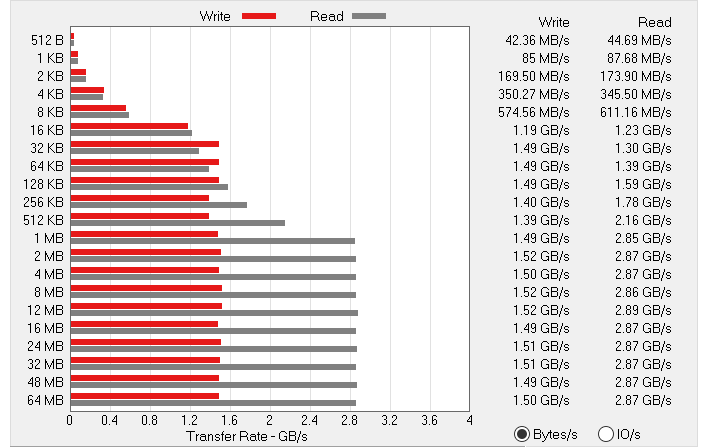 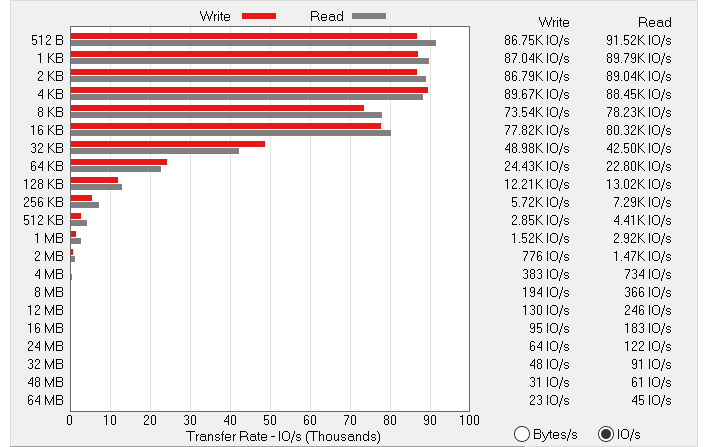 Read speeds topped out at about 2.9GB/s with 1.4 - 1.5GB/s writes. That's nothing to sneeze at, but the numbers aren't particular impressive either in this day and age with the second wave of PCIe 4 SSDs on the horizon. That said, storage performance won't hold this system back and it felt snappy and responsive throughout our testing.

We moved on to BrowserBench.org's Speedometer test, which takes a holistic look at web application performance. This test automatically loads and runs several sample webapps from ToDoMVC.com using the most popular web development frameworks around, including React, Angular, Ember.js, and even vanilla JavaScript. This test is a better example of how systems cope with real web applications, as opposed to a pure JavaScript compute test like JetStream. All tests were performed using the latest version of Chrome. 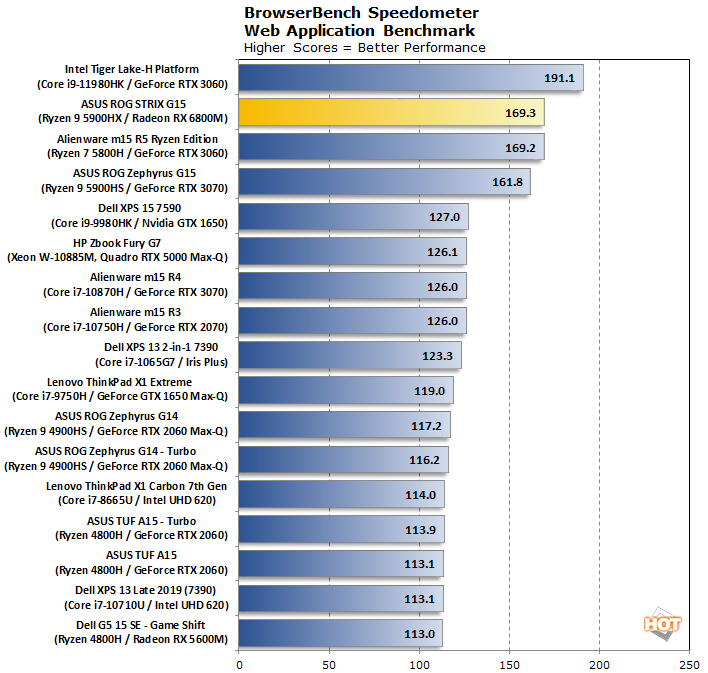 The ASUS ROG Strix G15 put up the second fastest score in our test group, trailing only the latest Intel Tiger Lake-H45 based reference platform that we recently previewed. For web applications and browsing, a machine this powerful will have absolutely no problem handling anything that's thrown at it. 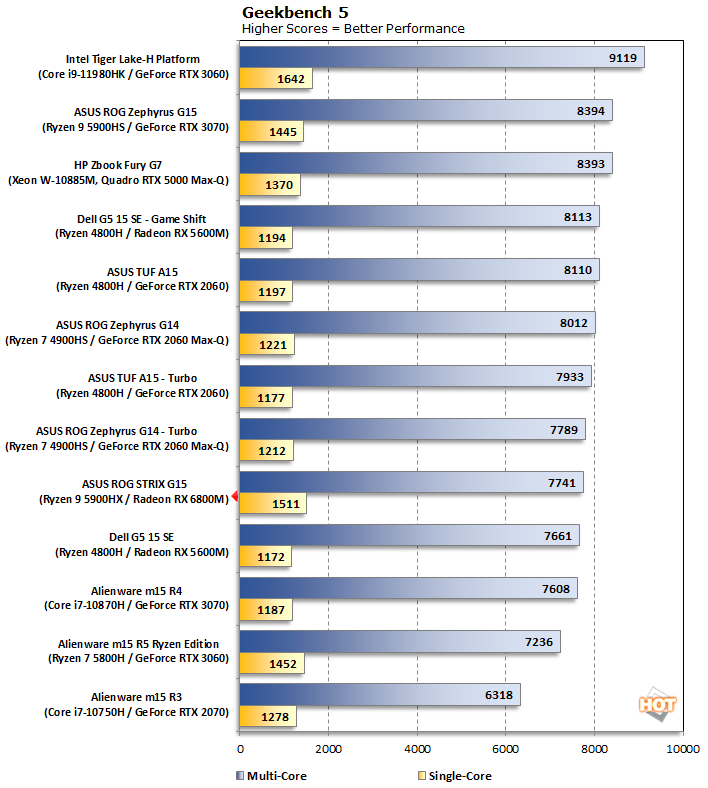 The Ryzen 9 5900HX in the ASUS ROG Strix G15 put up the best single-threaded score of the bunch, but it's multi-threaded score landed about in the middle of the pack. We expected higher numbers here, but the test was repeatable and the numbers are what they are.


Futuremark benchmarks have been popular go-to system level tests since the late ‘90s. We ran the ROG Strix G15 through PCMark 10, which is designed to gauge the system's performance in common, everyday computing tasks with GPU acceleration-enabled, and with 3DMark tests further down the page assess graphics and gaming chops. 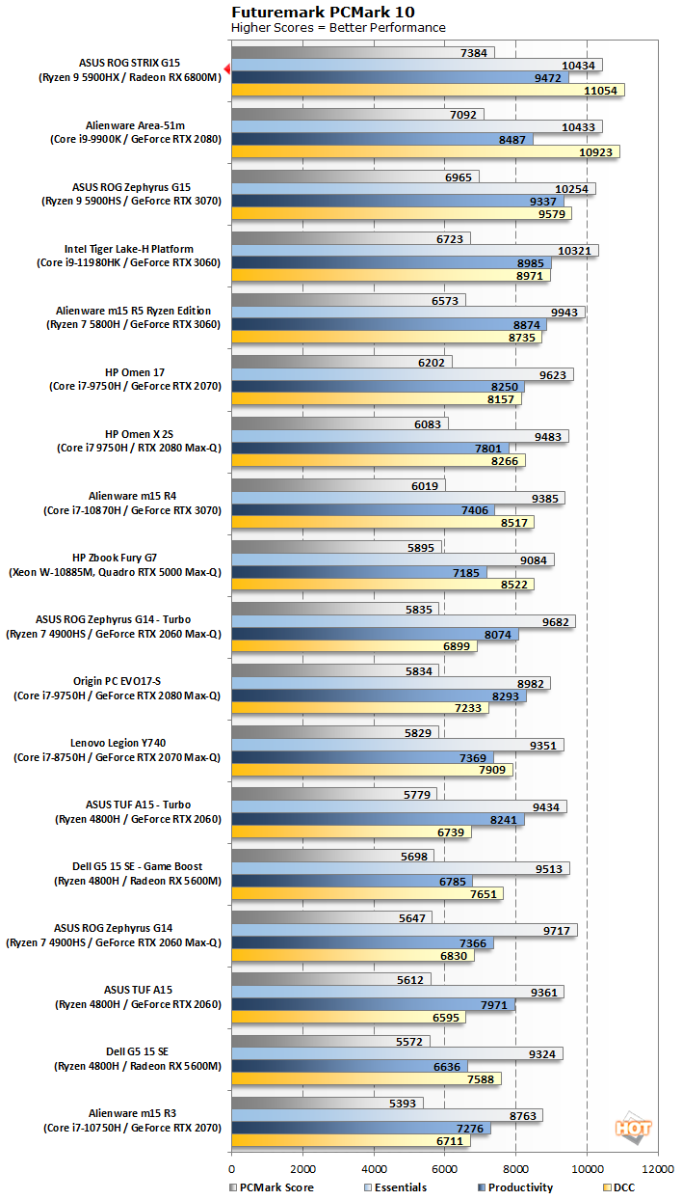 The ASUS ROG Strix G15 AMD Advantage Edition also put up the best scores we have seen in PCMark 10 to date. For any productivity or content creation tasks, this AMD-powered system is going to hang with the best laptops available.

For our first set of graphics related tests, let's start with some 3DMark action. UL’s well-known 3DMark benchmark suite features tests that target different types of computing devices. We selected the Time Spy, Fire Strike Extreme, and Port Royal tests for a glimpse at the Radeon RX 6800M GPU's potential gaming performance in DirectX 12 and DirectX 11 scenarios. We also have a fair amount of comparison data for these tests from an array of other gaming notebooks. 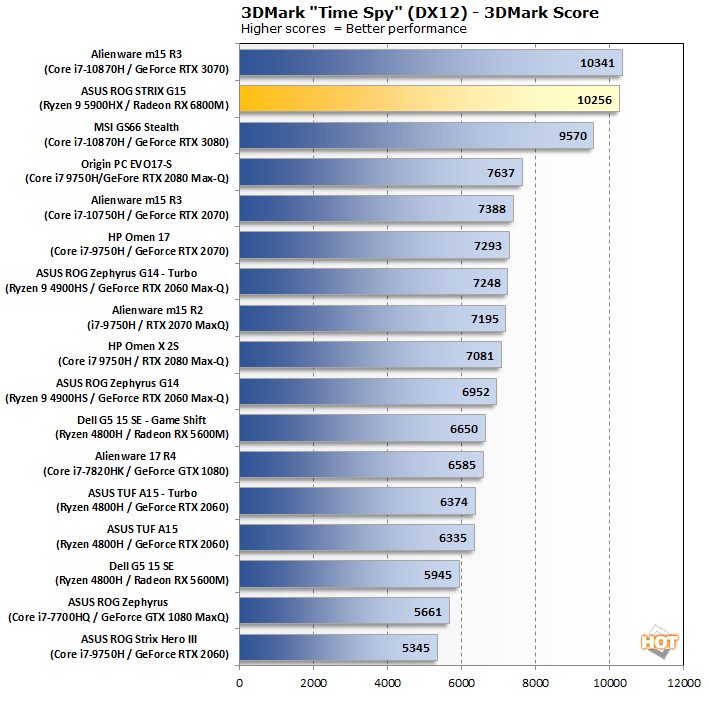 Interestingly, the GS66 Stealth with GeForce RTX 3080 combo ends up trailing the retail-ready Alienware m15 r4 with GeForce RTX 3070 (full review of that Alienware machine here, and a testament to the fact that Dell configures many of its laptops with RTX 30 series GPUs at full power). Regardless, the ASUS ROG Strix G15 AMD Advantage Edition with Radeon RX 6800M lands right in between them, near the top of the stack. 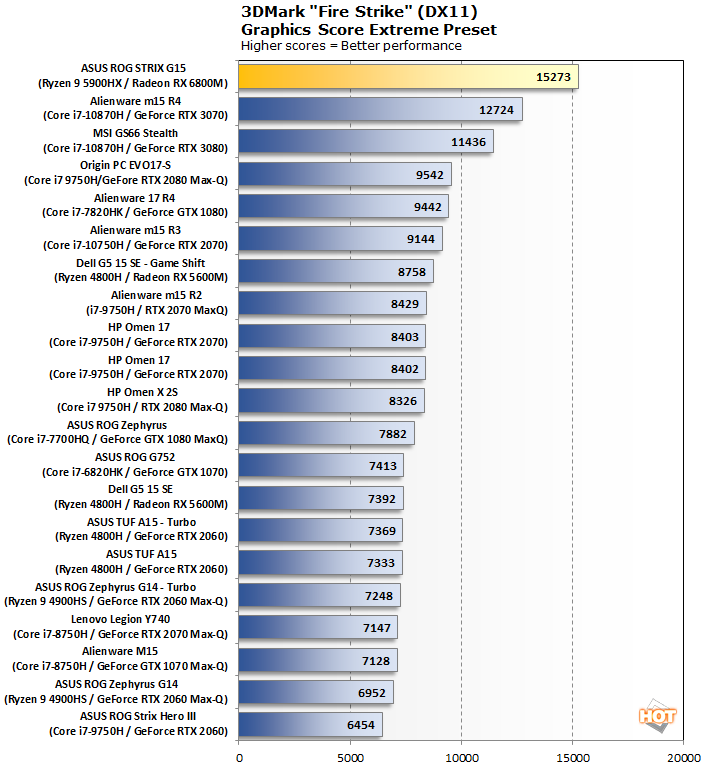 The ASUS ROG Strix G15 AMD Advantage Edition with Radeon RX 6800M absolutely crushed all of the notebooks we tested in Fire Strike, besting its nearest competitor by about 20%.

Port Royale is next, which is a DirectX Ray Tracing (DXR) benchmark... 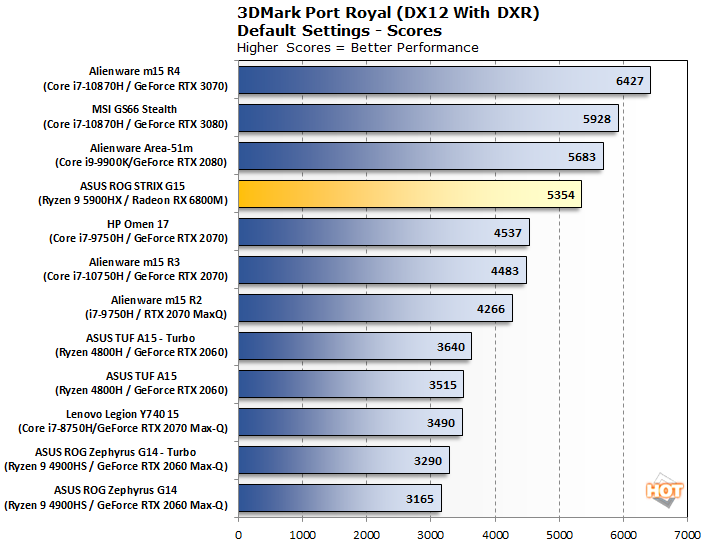 The Radeon RX 6800M powered ASUS ROG Strix G15 lands in the upper-third here, with ray tracing performance that's superior to the GeForce RTX 2070, but somewhat below the RTX 2080. The latest Ampere-based GeForces rule the roost in this test, however. 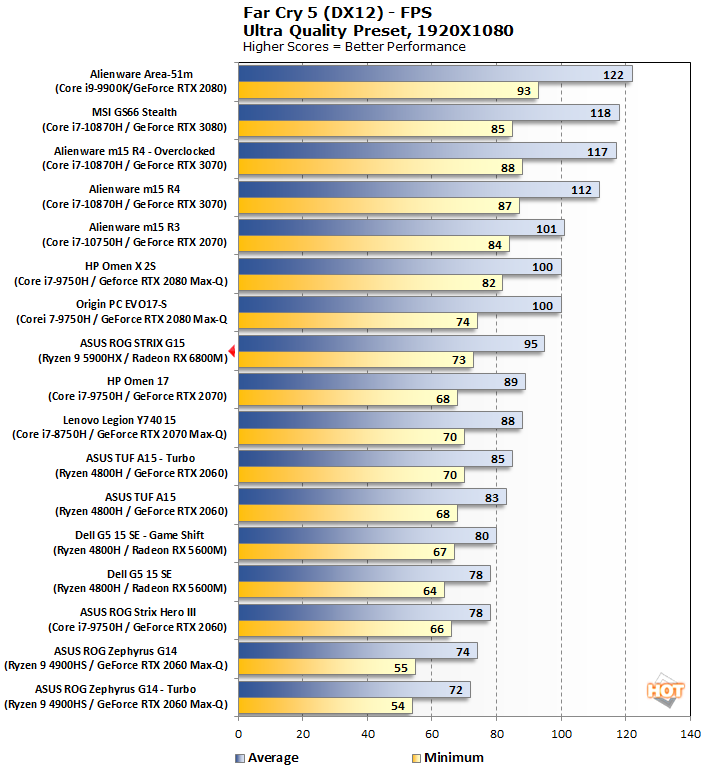 Switching gears from synthetic 3D testing to actual game benchmarks, the ASUS ROG Strix G15 AMD Advantage Edition with Radeon RX 6800M lands about in the middle of the pack, with an average framerate just shy of the 100 FPS mark. This game is heavily CPU bound at 1080p, though. 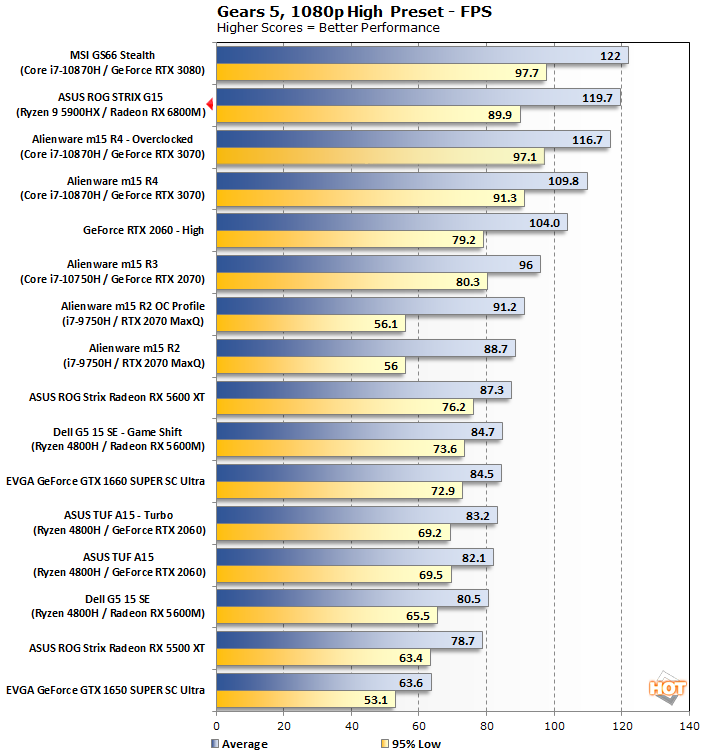 The MSI GS66 Stealth and GeForce RTX 3080 laptop GPU combo tops the charts here, but the ASUS ROG Strix G15 AMD Advantage Edition with Radeon RX 6800M is right there alongside it, finishing only 2.4% behind. 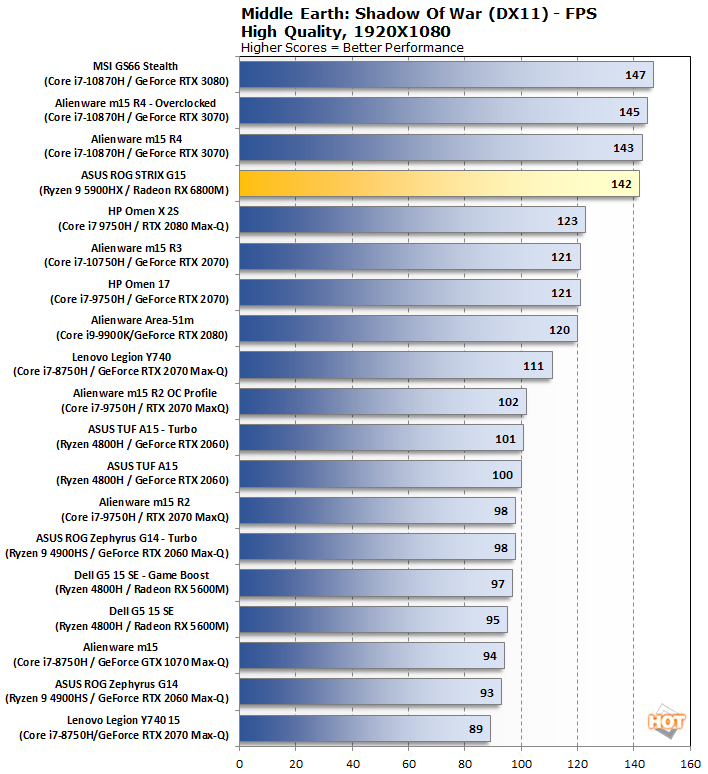 The GeForce RTX 3080 laptop GPU takes the pole position yet again, but the ASUS ROG Strix G15 AMD Advantage Edition with Radeon RX 6800M finishes right up near the top of the stack as well, with a framrate north of 140 FPS. 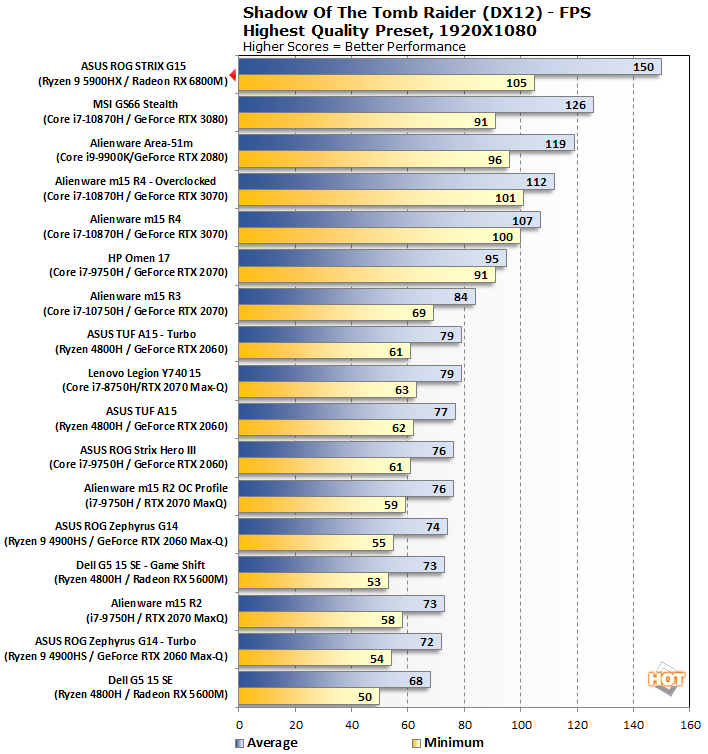 The ASUS ROG Strix G15 AMD Advantage Edition with Radeon RX 6800M scored another clear victory in the Tomb Raider benchmark, besting every other notebook we've tested by a wide margin. This game is heavily threaded (versus most other games) and graphically intensive. The combination of 8-core / 16-thread processor with a powerful GPU, pushes the ASUS ROG Strix G15 firmly into the pole position.

AMD made some claims about retaining more performance while running on battery than some other platforms, so we decided to do some re-testing untethered from the AC adapter as well. We do not have a ton of data here, and learned very quickly throughout this process that there enough knobs and dials to turn to make you crazy, so we're not going to dwell to much on the results. Between Windows' various power modes and settings, Armory Crate's automatic power mode switching, GeForce Experience (and NVIDIA's Battery Boost options), and firmware level optimizations on various platforms, laptop behavior and performance while operating on battery power can vary greatly. But we wanted you to see the numbers nonetheless.

We should also note that we tried to re-run some numbers of the RTX 3080-powered MSI G66 Stealth, and found that its performance was unpredictable and varied widely in various tests. We killed half a work day experimenting with settings and decided to just move on with the TGL-H reference platform we had on hand. 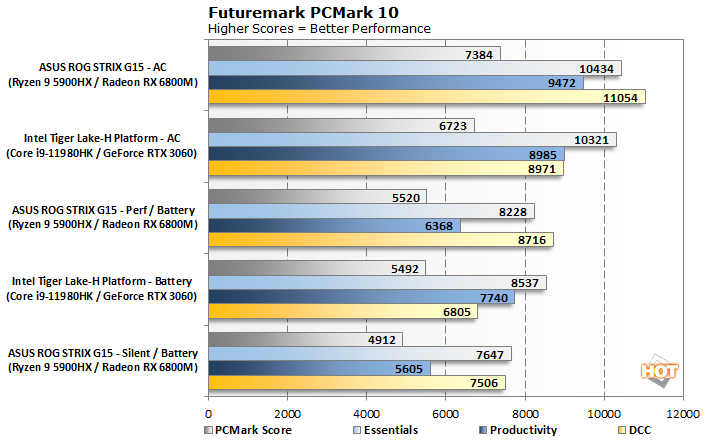 While on battery power, the ASUS ROG Strix G15 automatically switches to Silent Mode, but we tested with it manually switched back to Performance mode as well. As you can see, performance drops significantly on both platforms, though the AMD system does maintain its lead. This type of testing is something we hope to explore more deeply in the future with more retail-ready platforms, however.
PREV PAGE NEXT PAGE